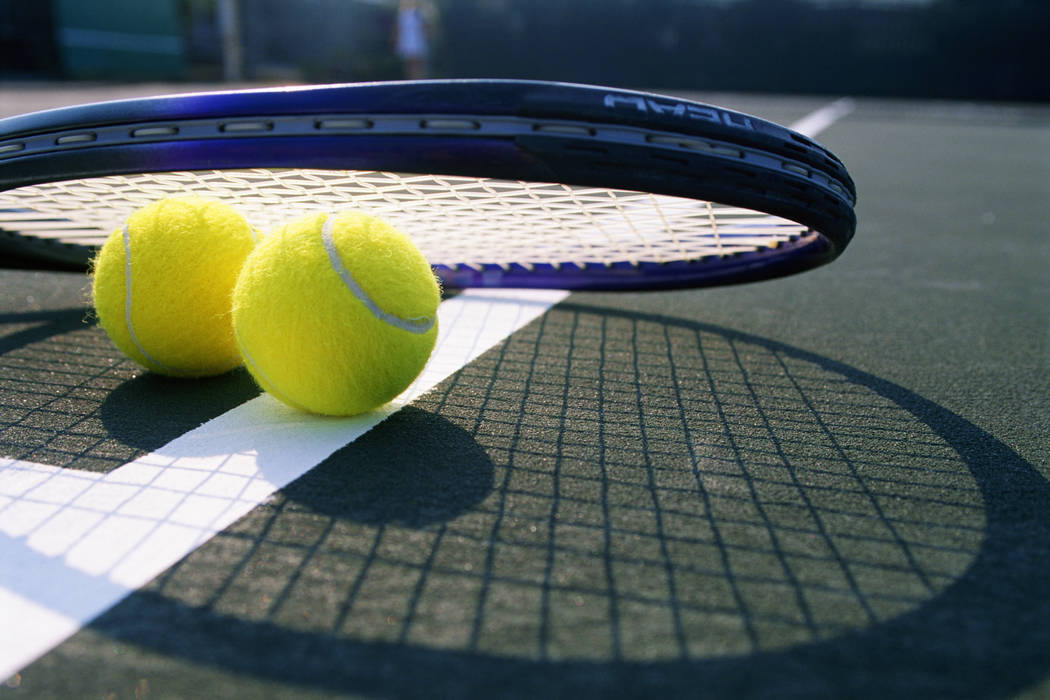 Outlook: The Aggies bring back 13 lettermen from a team that qualified for the postseason last year.

“We have some young talent this year, and only lost one senior,” Griffin said. “Strong players are returning and should help us have a great season.”

Outlook: The Wolves welcome back nine lettermen, including a handful of players who have started the past two seasons.

Black expects Stellavato and Jepson to be the team’s top two singles players at the start of the season, with Gettman, Cunanan and Spencer anchoring the doubles teams.

“We are a bit more experienced than in past years,” Black said. “We hope to earn a top-eight seed for the newly expanded playoffs.”

Outlook: The Bengals return six lettermen from a team that qualified for the Sunset Region playoffs last year.

“The sky is the limit,” Herbert said. “There are players who have the combination of desire and athleticism that is ideal. The depth of the team is also a strength. The Bengals don’t lose much moving down the lineup.”

Outlook: After capturing their first state title in 40 seasons last year, the Eagles have hopes of repeating.

“We would like to have a repeat of winning the Class 3A state tournament,” Rachelle Huxford said.

Outlook: Stevens, who has guided the girls team for the past several seasons, also will take over the boys program this year.

He inherits a squad that welcomes back its top singles player in Madsen.

Outlook: Padour takes over a team that basically is starting from scratch.

“We look forward to coaching a mostly new team with majority of the members being their first year playing,” Padour said. “The athletes are eager to learn and improve their game.”

Outlook: The Chargers return 12 lettermen who helped the team advance to the Class 4A state title match last year.

“We are excited about the upcoming season,” Zimmel said. “We are looking forward to improving throughout our matches and becoming the best team that we can be.”

“The Coronado boys should have a great year with an opportunity to compete for the state title,” Willingham said. “We are returning 10 of the top 11 players from the regional championship team.”

Outlook: The Dragons are hoping the lessons they learned last season will pay off this year.

Walton should provide solid leadership, and Hodges (17-13 in singles) and Chairsell and Saravia (16-14 as a doubles team) return after posting winning records last year.

“We hope to finish top half in the conference with an honorable mention in singles and doubles individually,” Schultz said.

Outlook: Angus advanced to the second round of the Sunset Region singles tournament last year. He’s one of only three returning lettermen for the Trailblazers.

“Arjay Angus will lead the team,” Jacoby said. “He had a couple of successful USTA junior tournament runs this spring and summer.”

Outlook: The Crusaders have some holes to fill after losing six starters to graduation.

Blum, who has racked up 68 wins in the last two seasons, will anchor the singles rotation, and Kelly and Pettigrew, who each had 32 doubles wins last season, will be atop the doubles lineup.

Coffing also returns and is expected to be a contributor.

Faith Lutheran should benefit from some young players and some former team members returning to the program.

Foley feels his team will be at its best down the stretch and is hopeful of making a playoff run.

Outlook: Sretenovic was part of the Sunrise Region doubles championship team last year, and Crawford advanced to the region quarterfinals in doubles.

They’re among seven returnees for the Falcons, who have some lineup spots to fill.

“After going 9-1 and finishing in second place in conference last season, we will be looking to rebuild with several new players to the roster,” Richards said. “The shift in conference will pose a whole new set of challenges for our team.

“Experience will not be on our side, so hard work and daily improvement will be essential for any type of postseason run.”

Outlook: The Gators traditionally have been one of the valley’s top squads, and hope to contend for a league title again this year.

“We will continue to work hard as a team while committing ourselves to excellence on and off the court,” Grimm said.

Outlook: The Wildcats are hoping to be competitive in the Mountain League.

Mendiola said he hopes to improve the team’s skill level.

Outlook: The Patriots bring back six lettermen after finishing fourth in the Class 4A Sunrise League last year.

“The team is looking to continue its growth from last year and do well in the playoffs,” Gourrier said.

Outlook: Hadley, who finished sixth in last year’s Class 3A Southern Region singles tournament, leads a group of returnees who are anxious to prove they’re still among the best in the Southern Region.

“We hope to compete for one of the top spots in 3A,” Coburn said. “We have many boys returning that have been working to improve their game and hope to do better than last year.”

Outlook: Kelly played in the region tournament last year and is back to lead an inexperienced Rattlers squad.

“We hope to field a full team this year since we graduated four of the six players,” Addison said.

Outlook: After finishing third in the Class 4A Sunset League, the Panthers put everything together in the postseason and earned their second straight state title.

“We are taking the season day by day at this point and are focusing on skills, effort and attitude, Coop said. “As always, we will look to put our best student-athletes on the court that can meet this expectation on and off the court and can fulfill the Panther Promise.

“We are looking forward to the challenges of the new season.”

Outlook: After two strong seasons under Michaud, the Rams will have some work to do this year. Despite winning just six matches from 2013-15, the Rams have won 21 in the past two years, but have just four lettermen back.

“We are young as we only have two seniors on the roster, but the guys are looking forward to their new roles and taking advantage of the opportunity,” Michaud said.

Albright was a Sunrise Region quarterfinalist in singles last year. Lewis played mostly at No. 1 doubles this year, but will shift to singles after Rancho lost two singles players to graduation.

“We will have three new doubles teams, but feel our doubles play will be improved from last season,” Michaud said. “We are getting better every day and are excited to start the season. Our goal is to play our best tennis at the end of the season and look to make a playoff run.”

Outlook: The Mustangs return nine lettermen and hope to show improvement this season.

“Our focus this year will be zoning our shots and mental toughness,” Cassman said.

Outlook: The Mountain Lions bring back five lettermen from a team that came up two matches short of a postseason berth.

“This will be a rebuilding year for the Mountain Lions,” Ragsdale said. “Seniors Aleksandar Bolta and Anthony Chapman will look to lead the group.

“Many players are in the early stages of learning the sport of tennis.”

Outlook: Pappas was 23-11 last season and anchors a group of seven returning lettermen for the Skyhawks.

Cox went 16-13 as a freshman and should be among the team’s top players as Silverado looks to contend for one of the top playoff spots in the Desert Region.

Outlook: Zimmerman advanced to the round of 16 in last year’s Sunset Region singles tournament and returns to lead a squad that hopes to be improved this year.

Outlook: The Vikings make the move into the Class 3A Southern League, where they hope to be a contender.

“Led by Jianu, we hope to be a competitive team,” Porter said.

Outlook: The Bulldogs welcome back six lettermen from last year’s playoff squad and hope to finish among the top teams in the Southern League.

“The boys team has a great core,” Nelson said. “We are hoping to use that and get a few more wins in our team effort this year.

“The boys are fired up and have been working hard this summer.”

“We will have a short roster, so Rua and Kieran will have to carry the load,” Thomas said. “These two will have high expectations this season. It is possible that they both could make it to the state individual tournament.

“Rua will have a target on his back as he heads into the season again as the best Class 3A player in Southern Nevada.”