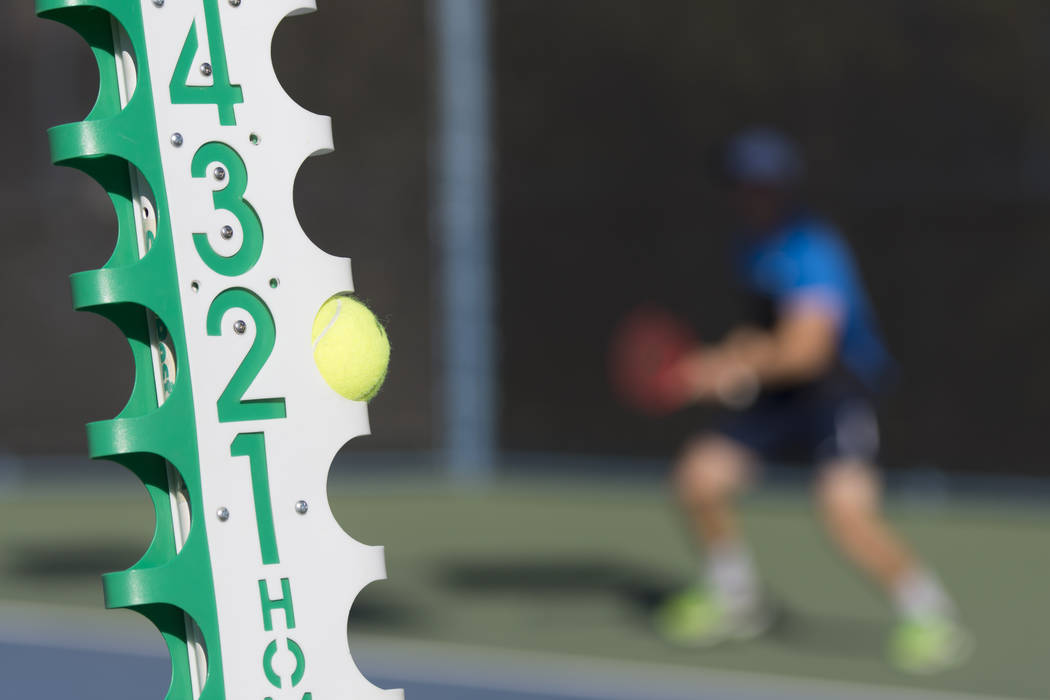 Tim Tuong and Scott Sylvester each finished 2-1 in singles for the Bulldogs.

Ashton Barney and Nathan Freimuth were 2-1 in doubles to pace the Wildcats.

Rancho 13, Shadow Ridge 5 — At Shadow Ridge, Tanner Albright, William Ballin, and Joshua McElroy each finished 3-0 in singles to help lead the Rams to a win over the Mustangs.

The doubles teams of Antonio Ayala and Benjamin Ballin, and Caleb Lewis and Maxwell Hosafros both went 2-1 for Rancho.

Legacy 12, Cimarron-Memorial 5 — At Cimarron, Adrian Jones II and Justin Lamantia each went 3-0 in singles for the Longhorns in their win over the Spartans.

Moapa Valley 17, Valley 1 — At Overton, Chase Hadley and Gavin Hadley each went 2-0 in singles as the Pirates roughed up the Vikings.

The doubles teams of Hunter Wrzenski and Slade Graham, and Jake Leavitt and Jannis Gersch each went 2-0 for Moapa Valley.

Connor Mikkelson was 2-0 in singles for Boulder City.

Palo Verde 17, Eldorado 1 — At Eldorado, Harrison Rath was 3-0 in singles to help the Panthers to top the Sundevils.

The Meadows 18, Mojave 0 — At Mojave, the Mustangs swept the Rattlers.

Bonanza 12, Canyon Springs 0 — At Bonanza, the Bengals defeated the Pioneers by forfeit.

Chaparral 12, Western 0 – At Western, the Cowboys beat the Warriors by forfeit.