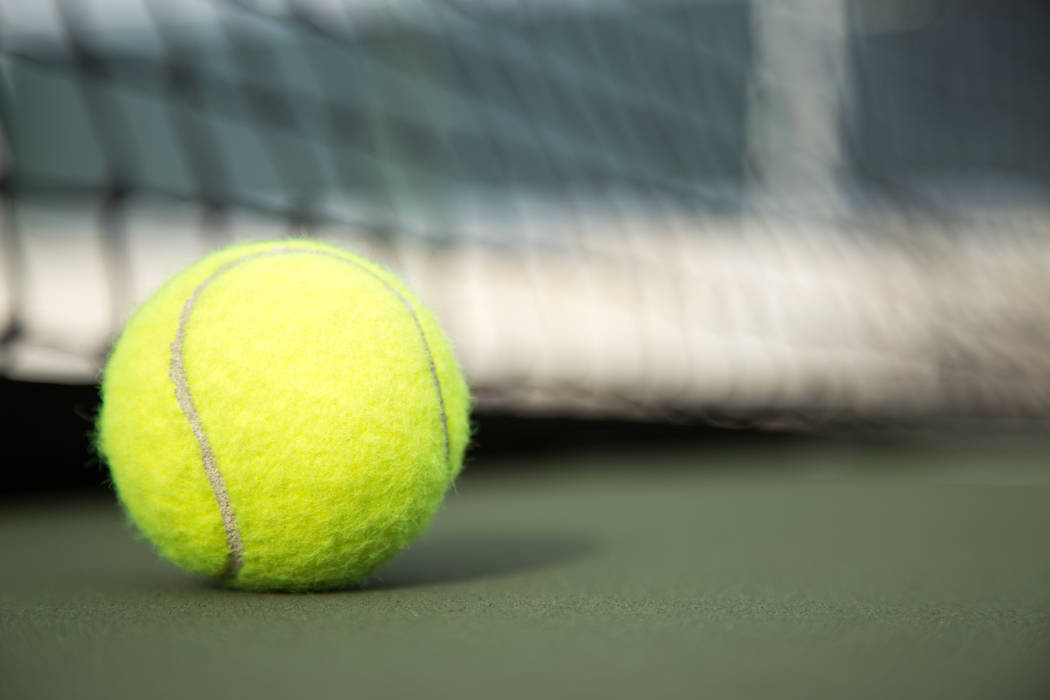 Tanner Albright and William Ballin also went 3-0 in singles for the Rams, who claimed the win on tiebreaker points, 28-23.

Clay Iverson and Kevin Switzer went 3-0 in doubles for the Wildcats.

Eldorado 10, Shadow Ridge 8 — At Shadow Ridge, Christian Younger and Tanner Howard each went 3-0 in singles to help the Sundevils edge the Mustangs.

Bishop Gorman 12, Green Valley 6 — At Gorman, Nicco Ripamonti and Sig Rogich went 3-0 in doubles as the Gaels defeated the Gators.

Andre Millett was 3-0 in singles for Green Valley.

Cimarron-Memorial 13, Cheyenne 5 — At Cimmaron, Hakeem Williams won his only singles set as the Spartans defeated the Desert Shields.

Jose Carrasco and Kaden Selasky each won their only singles set for Cimarron.

Arbor View 14, Centennial 4 — At Centennial, Chad Decker and Kru Kimoto went 2-0 in doubles to help the Aggies defeat the Bulldogs.

Michael Webb was 3-0 in singles for Arbor View.

Coronado 17, Tech 1 — At Tech, Ethan Quandt, Sebastian Frace and Zachary Sullivan each went 2-0 in singles to lead the Cougars over the Roadrunners.

Durango 13, Del Sol 2 — At Del Sol, Zachary Roney-Adebule and Ben Shumway went 3-0 in doubles to lead the Trailblazers over the Dragons.

Brian Quimson was 2-0 in singles for Durango.

Legacy 12, Canyon Springs 0 — At Legacy, the Longhorns defeated the Pioneers by forfeit.

Valley 12, Western 0 — At Western, the Vikings defeated the Warriors by forfeit.

Chaparral 12, Mojave 0 — At Mojave, the Cowboys defeated the Rattlers via forfeit.