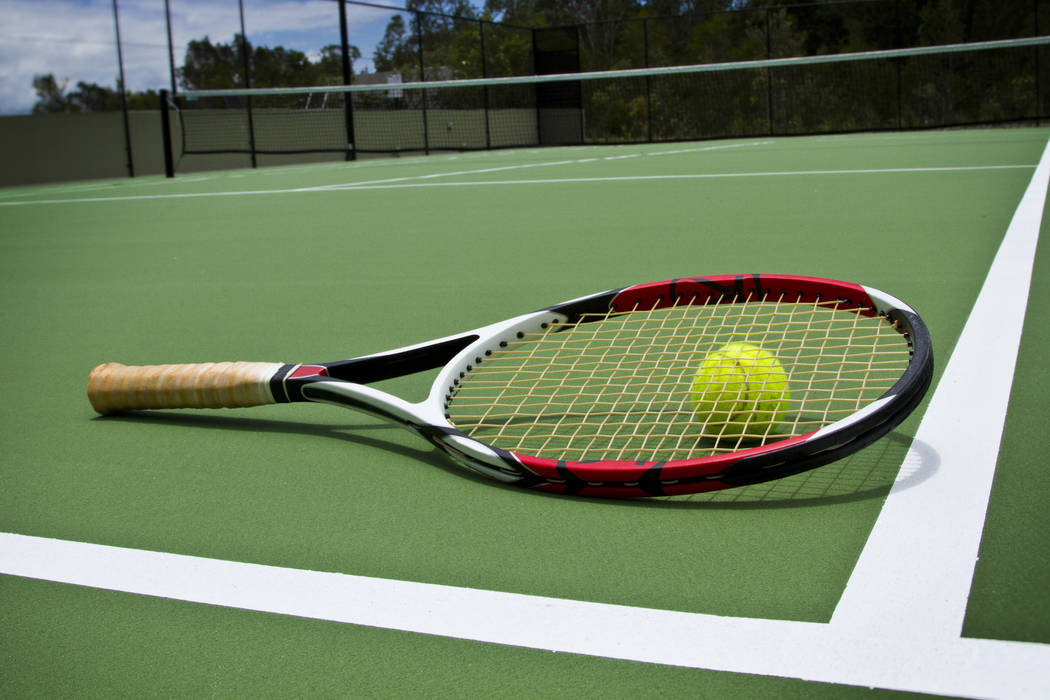 RENO — Audrey Boch-Collins is ranked No. 26 nationally in the Class of 2020 by Tennis Recruiting Network, but Saturday, she put herself in position to rank No. 1 of all time in Nevada.

But after a grueling match that was more akin to a tiebreaker than a blowout, it was pizza, not history, that she was most interested in. Nibbling a slice of pepperoni, Boch-Collins was prouder of what she had done for the Clark tennis program than trying to rank her accomplishments.

“I did it for Clark, you know their tennis is struggling,” she said. “It feels good to be part of a team and do well for them, and make my parents proud too.”

Despite the lopsided score, Boch-Collins and Smith engaged in a spirited battle, with almost every point the result of a long rally. But Boch-Collins’ was able to range from one end of the court to the other, and from the baseline to the net, invariably finding the open part of the court to deposit a winner.

“The score did not decipher what happened,” Boch-Collins said. “Sometimes I was like ‘Is this going to end? No, another 10 balls were going. I was like, great. I was trying to go to her backhand a little bit more and bring her in, because I know she doesn’t like to go to the net, so that way my game plan today.”

Only one other girl, Galena’s Julie Burgarello, who won in 2002, 2004 and 2005, had ever won three straight singles championships. Three boys have accomplished the feat, but none since 1994.

But the understated Boch-Collins in no way assumes her return next year would be guaranteed to end with her atop the state record books.

In the doubles final, sisters Andrada and Ariana Stanciu of Sierra Vista trailed in each set before rallying both times to defeat Kenadee Semenik and Jade Mayweather of Faith Lutheran 7-5, 7-5 to win the championship.

The duo finished third at state last year, and said they knew if they paired up again this year, they had a chance at a state title after the experience they gained last year.

“We were down both sets and we ended up coming back,” Andrada Stanciu said. “We just kept fighting. It was great, it was amazing.”

Andrada had won a 3A state state title in singles as a freshman, but said winning with her sister, and in 4A, mean much more.

“To win in 4A, it’s a little bit different because 4A is a higher level,” she said.