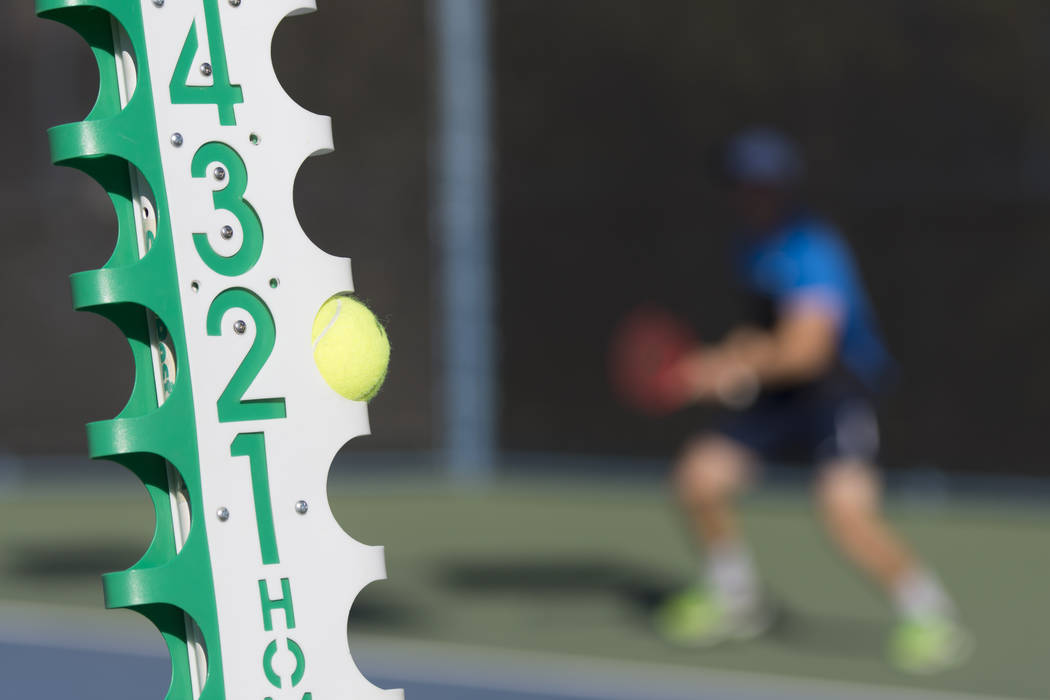 The Cougars rolled to a 14-4 victory over the Gaels to preserve their perfect record and clinch their third straight region title.

Megan King and Paige Furin also were 3-0 in doubles, and Kennedy Buntrock was 2-0 in singles.

“We have five or six new players,” Coronado coach David Willingham said. “A lot of new girls come in, and they’re accepted by the girls who have been there. … They’ve really stepped it up and worked well together.”

Gorman (13-3) still advances to the Class 4A state tournament, which begins Oct. 15.

The Cougars are hoping to secure a repeat.

“It’s really exciting, knowing that we were able to push for two years without losing, it’s something that I think about a lot,” Nhaisi said. “(We can’t) get too cocky about it. Just play our game.”

Palo Verde (14-0) built an 8-7 lead over Faith Lutheran (20-2) before third-round play was suspended due to darkness. The match will conclude at 8 a.m. Saturday at Gorman.

The winner of the Palo Verde-Faith Lutheran match will face Coronado in the Southern Nevada final at 11:30 a.m. Saturday, also at Gorman.

Grace Nemec and Peyton Barsel teamed to go 3-0 in doubles and help The Meadows to an 11-7 win over host Boulder City in the Class 3A Southern Region final.

The Mustangs (12-0) won seven of the nine doubles sets, with the teams of Shayna Indyg and Claire Strimling, and Nishelle Phansalkar-Michalik and Allison Stone each going 2-1.

Rachel Roxarzade was 2-1 in singles for The Meadows, which won its fourth straight region title.

Both teams advance to the state tournament, which begins Oct. 18 in Truckee, California.