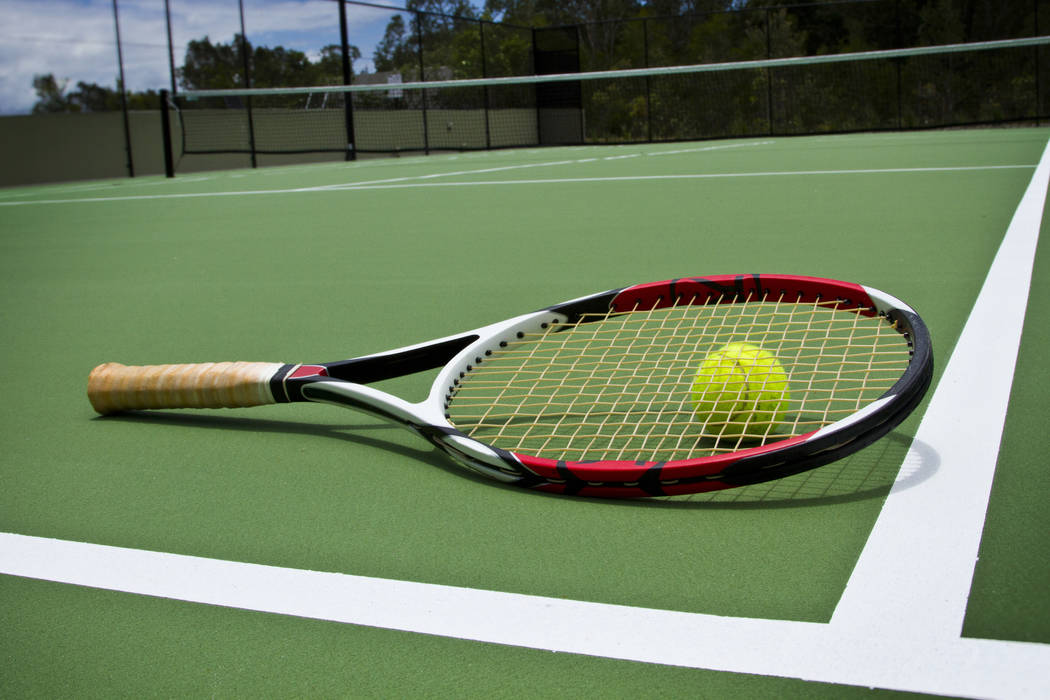 Amber Calhoun went 3-0 in singles for the Spartans.

Del Sol 12, Chaparral 6 — At Chaparral, Anna Balsicas was 3-0 in singles to lead the Dragons over the Cowboys.

The doubles pairs of Angel Hodges and KatieRae Patriquin, and Emma Bartel and Melissa Burnett each went 3-0 for Del Sol.

Foothill 12, Spring Valley 6 — At Spring Valley, Isabella Deocampo and Leigh Quarless finished 3-0 in doubles as the Falcons defeated the Grizzlies.

Foothill’s Isabelle Hanson was 3-0 in singles.

Spring Valley’s Seda Sagsyan, Nicole Attallah and Jennifer Do each finished 2-1 in singles.

The Panthers clinched the Mountain Region’s No. 1 postseason seed with the victory.

Bonanza 16, Las Vegas 2 — At Bonanza, Rachel Wurmbrand and Kelsey Spencer each finished 2-0 in singles as the Bengals rolled past the Wildcats.

Bonanza’s Krystal Kunkel and Michaela McAllister finished 2-0 in doubles. Ashley Gonzalez and Amanda Sanchez went 2-1 in doubles for the Bengals.

Desert Pines 16, Eldorado 2 — At Eldorado, Diana Guevara and Nadxielli Arredondo went 3-0 in doubles to lead the Jaguars over the Sundevils.

Brie Perkins and Chrisnelle Tobelli each went 3-0 in singles for Desert Pines.

Coronado 17, Basic 1 — At Coronado, Paige Furin and Sofia Alvarez each finished 2-0 in singles as the Cougars rolled past the Wolves.

The doubles teams of Jessica Duff and Mana Iritani, Rayne Hayes and Sophia Potamitis, and Madison Garman and Kaylin Heiss each finished 2-0 for Coronado.

The Meadows 17, Virgin Valley 1 — At The Meadows, Payton Chudd was 2-0 in singles to help the Mustangs beat the Bulldogs.

Michelle Luh and Alice Sun went 2-0 in doubles for The Meadows, which clinched the top postseason seed in the Class 3A Southern Region.

Legacy 10, Rancho 7 — At Rancho, Italia Jones finished 2-0 in singles as the Longhorns defeated the Rams.

Adelson School 12, Mojave 0 — At Mojave, the Lions won by forfeit.

Centennial 12, Cheyenne 0 — At Cheyenne, the Bulldogs defeated the Desert Shields by forfeit.