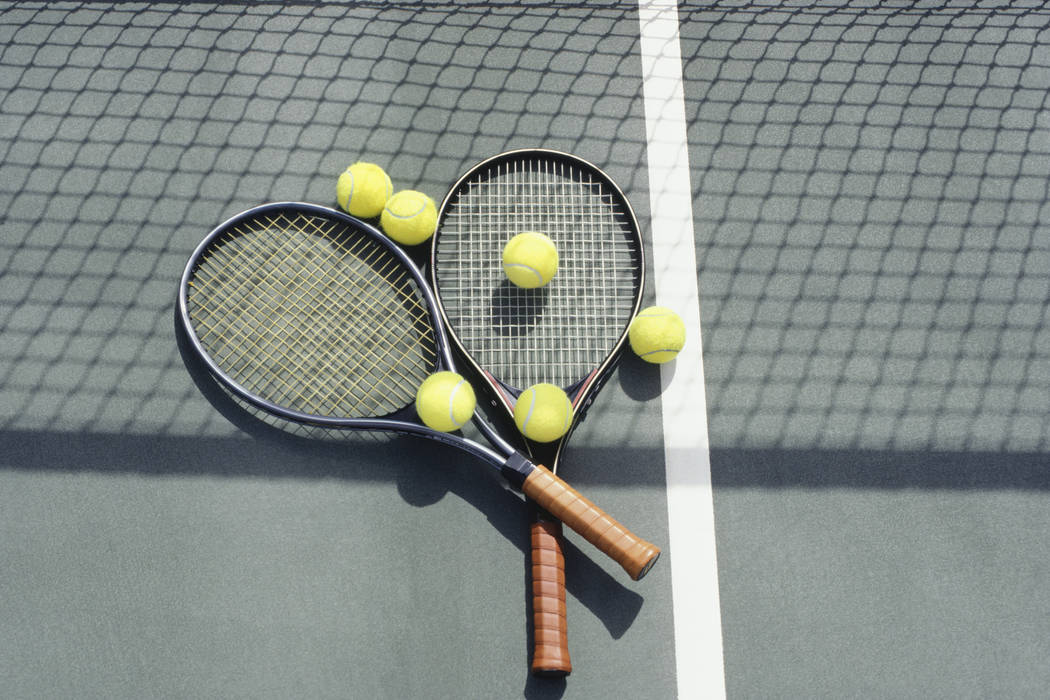 Anna Pfarrer went 3-0 in singles as the Liberty girls tennis team beat Valley at home in the Class 4A Sunrise Region quarterfinals Thursday, 11-7.

Jada Whited and Brandi Nelson went 3-0 in doubles for the Patriots.

Durango 10, Shadow Ridge 9 — At Durango, Averiana Mitchell finished 3-0 in singles as she led the Trailblazers to a victory over the Mustangs.

The Trailblazers won 4-2 in the tiebreaker.

Maggi and Matti Concannon finished 3-0 in doubles for Durango, as did Breanna Bui and Jocelyn Jauregui.

Andrada Stanciu and Ariana Stanciu each finished 3-0 in singles.

Faith Lutheran 11, Bonanza 7 — At Bonanza, Kennedy Barr finished 3-0 in singles to lead the Crusaders over the Bengals.

Palo Verde 11, Bishop Gorman 7 — At Palo Verde, Isabella Shelton and Shelby Graber finished 3-0 in doubles to lift the Panthers over the Gaels.

Clark 12, Spring Valley 6 — At Clark, the doubles teams of Tandreana Chua and Stela Licheva, and Jennifer Glezen and Tia Kolakowski each finished 1-0 as the Chargers defeated the Grizzlies.

Nicole Attallah and Jennifer Do each finished 2-1 in singles for the Grizzlies.

Centennial 15, Cimarron-Memorial 3 — At Cimarron, Hannah Robinson and Lainey Waldman went 2-0 in doubles to lead the Bulldogs to a victory over the Spartans.

Tasia Moore finished 3-0 in singles for the Spartans.

Cheyenne 15, Mojave 3 — At Cheyenne, Kennedy Vincent and Ludovica Piccioli each went 3-0 in singles to lead the Desert Shields past the Rattlers.

The doubles team of Arey’ana Banks and Rayven Lewis also went 3-0 for Cheyenne.

Boulder City 12, Desert Pines 6 — At Boulder City, Tegan Pappas and Olivia Mikkelson each finished 3-0 in singles as the Eagles rolled past the Jaguars.

Jillian Gentz and Heather Patterson finished 3-0 in doubles for the Eagles.

Desert Oasis 11, Legacy 7 — At Legacy, Karina Damien and Natalia Damien both went 3-0 in singles as the Diamondbacks beat the Longhorns.

Coronado 18, Eldorado 0 — At Coronado, all six seniors finished undefeated in singles as the Cougars shutout the Sundevils on senior night.

The Meadows 18, Adelson School 0 — At The Meadows, the Mustangs swept the Lions.

Tech 12, Virgin Valley 6 — At Mesquite, the Roadrunners defeated the Bulldogs.

Chaparral 12, Del Sol 0 — At Chaparral, the Cowboys defeated the Dragons by forfeit.