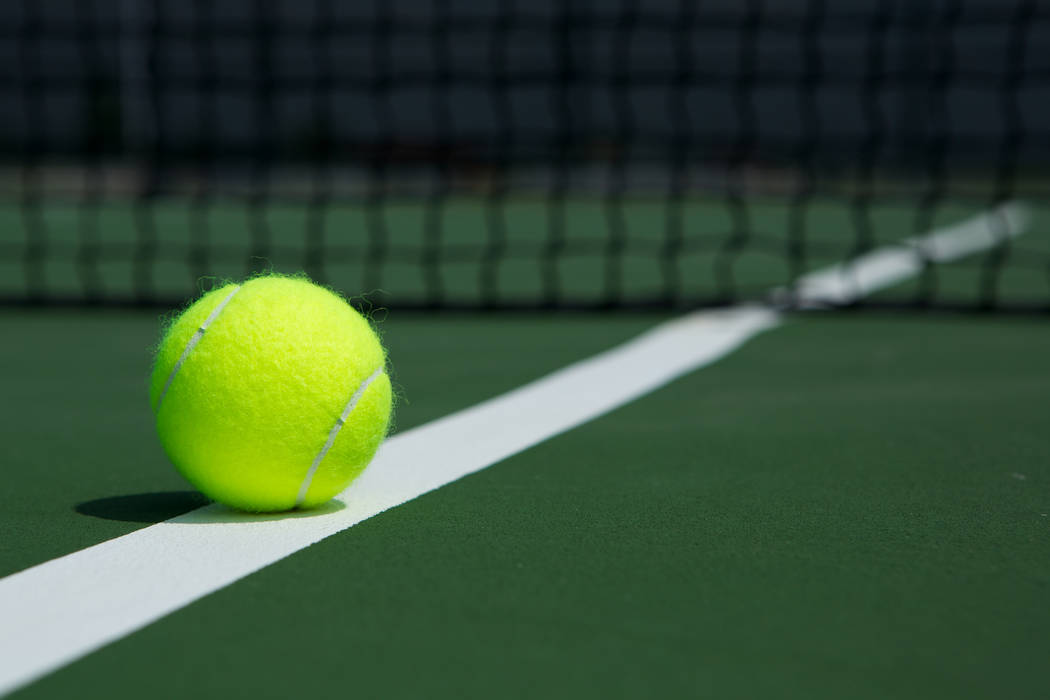 Andrada Stanciu and Ariana Stanciu each finished 3-0 in singles, and Sierra Vista’s girls tennis team won the tiebreaker points 35-31 to hold on for a 10-9 home win over Desert Oasis on Wednesday.

Foothill 10, Liberty 9 — At Liberty, Emily Campbell went 2-1 in singles as the Falcons edged the Patriots on a tiebreaker.

Aubrey Adams, Madi Cherry and Kelsey Spence all went 3-0 in singles for Bonanza.

The doubles teams of Sara Altfas and Chelsea Wadron, and Hannah Robinson and Lainey Waldman each went 3-0 for Centennial.

Las Vegas 10, Rancho 8 — At Las Vegas High, Karla Torres and Yelines Castaneda each went 3-0 in singles play to help the Wildcats get by the Rams.

The doubles teams of Elizabeth Parra and Arana West, and Elizabeth White and Marjorie Carter both went 3-0 in doubles for Rancho.

Palo Verde 11, Spring Valley 7 — At Palo Verde, Andrea Flores-Gerez was 2-0 in singles in the Panthers’ win over the Grizzlies.

Faith Lutheran 14, Durango 4 — At Durango, Kelsie Seigle and Elyse Dulaine went 2-0 in doubles to lead the Crusaders by the Trailblazers.

Averiana Mitchell was 3-0 in singles to lead Durango.

Arbor View 14, Cimarron-Memorial 4 — At Cimarron, Mathilde Lecrigny went 3-0 in singles to power the Aggies past the Spartans.

Alyssa Janeway was 2-0 in singles for Arbor View.

Coronado 15, Valley 3 — At Valley, Megan King was 2-0 in singles to help the Cougars top the Vikings.

Clark 13, Shadow Ridge 5 — At Clark, Audrey Boch-Collins went 2-0 in singles as the Chargers coasted past the Mustangs.

Bishop Gorman 18, Legacy 0 — At Legacy, Madison Winston and Lauren Song each went 3-0 in singles to lead the Gaels to a clean sweep of the Longhorns.

Gabriela Dicicco went 2-0 in singles for the Gaels.

Adelson School 12, Western 0 — At Western, the Lions defeated the Warriors by forfeit.

Desert Pines 12, Mojave 0 — At Mojave, the Jaguars defeated the Rattlers by forfeit.