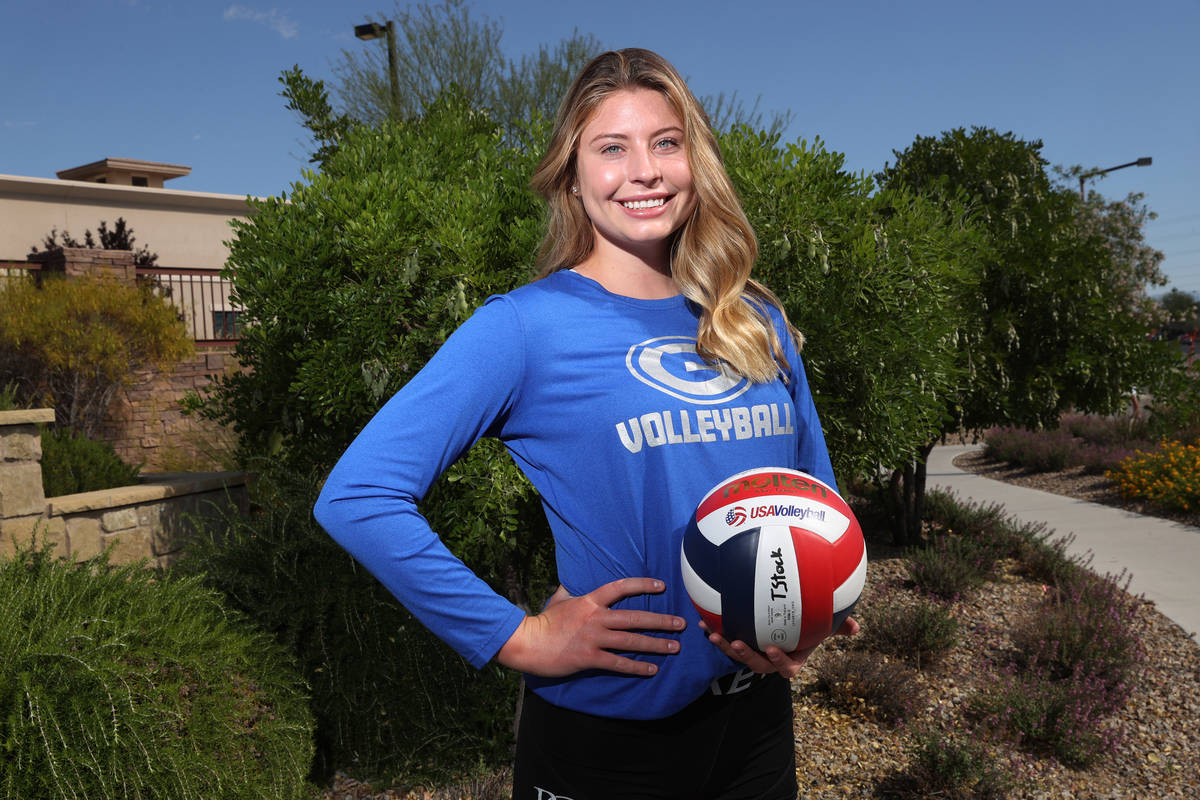 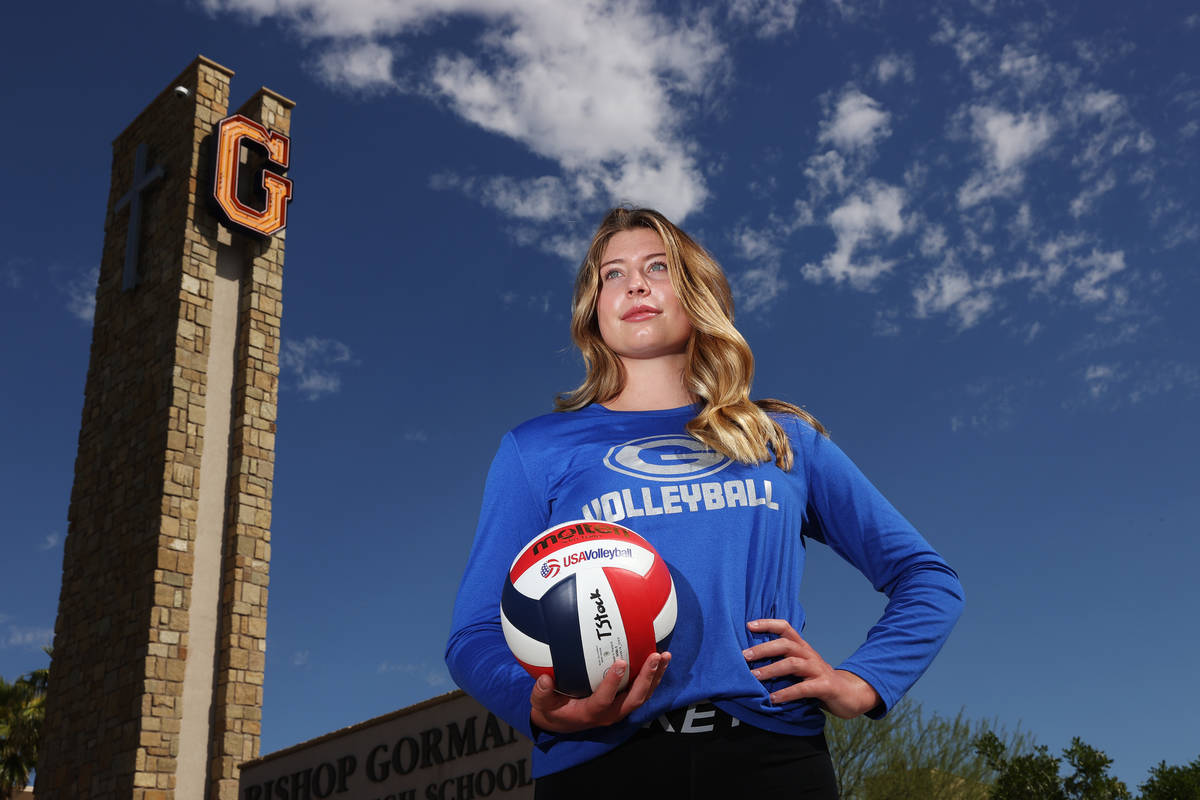 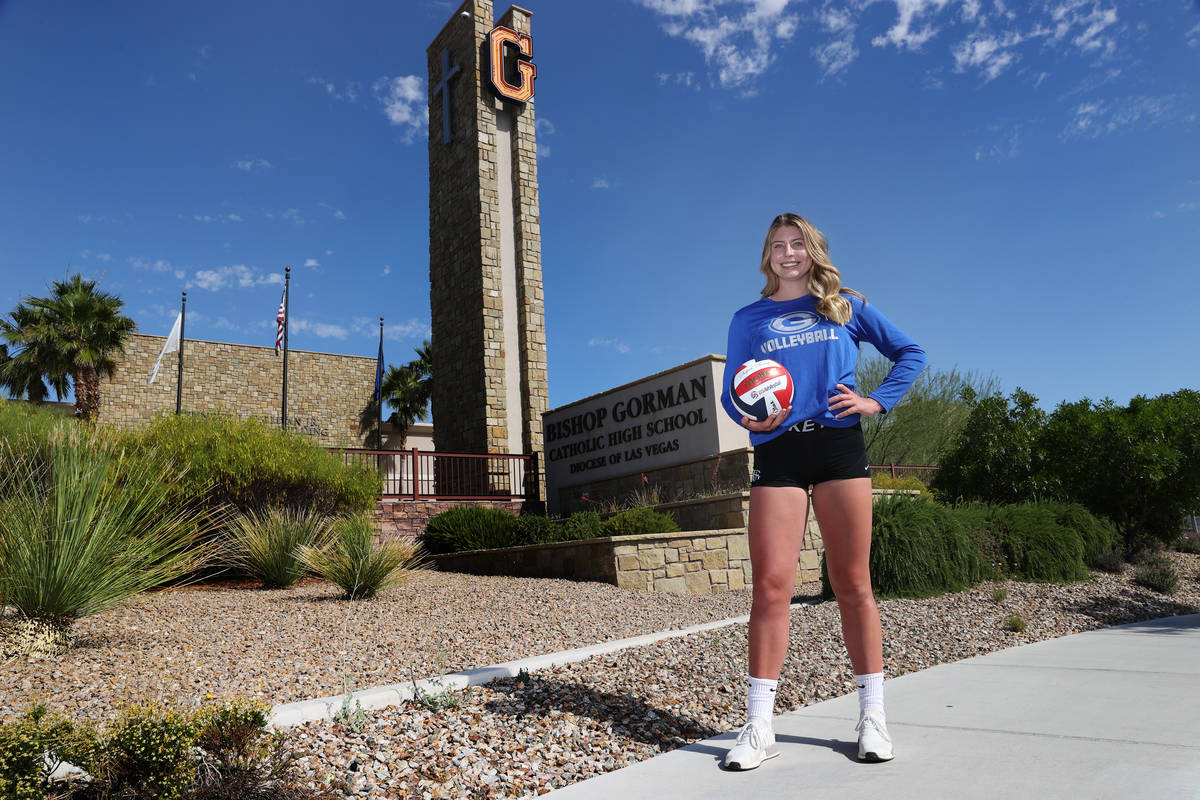 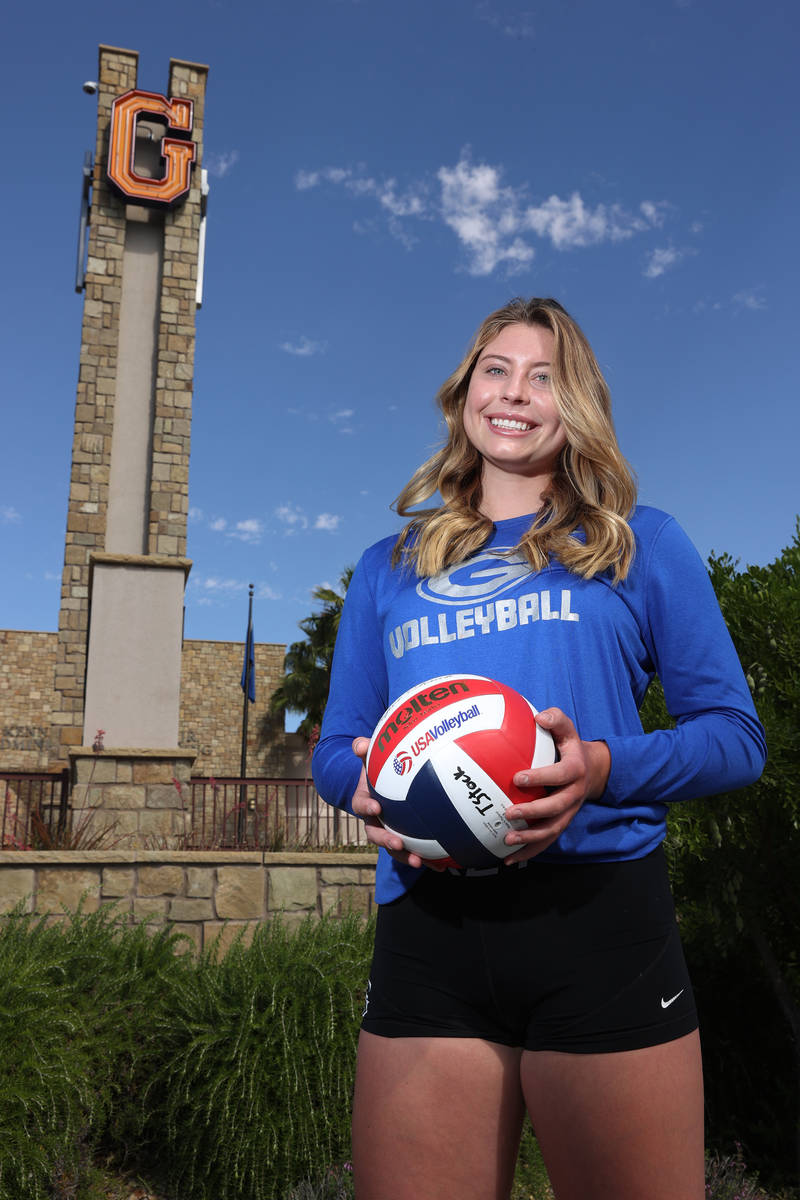 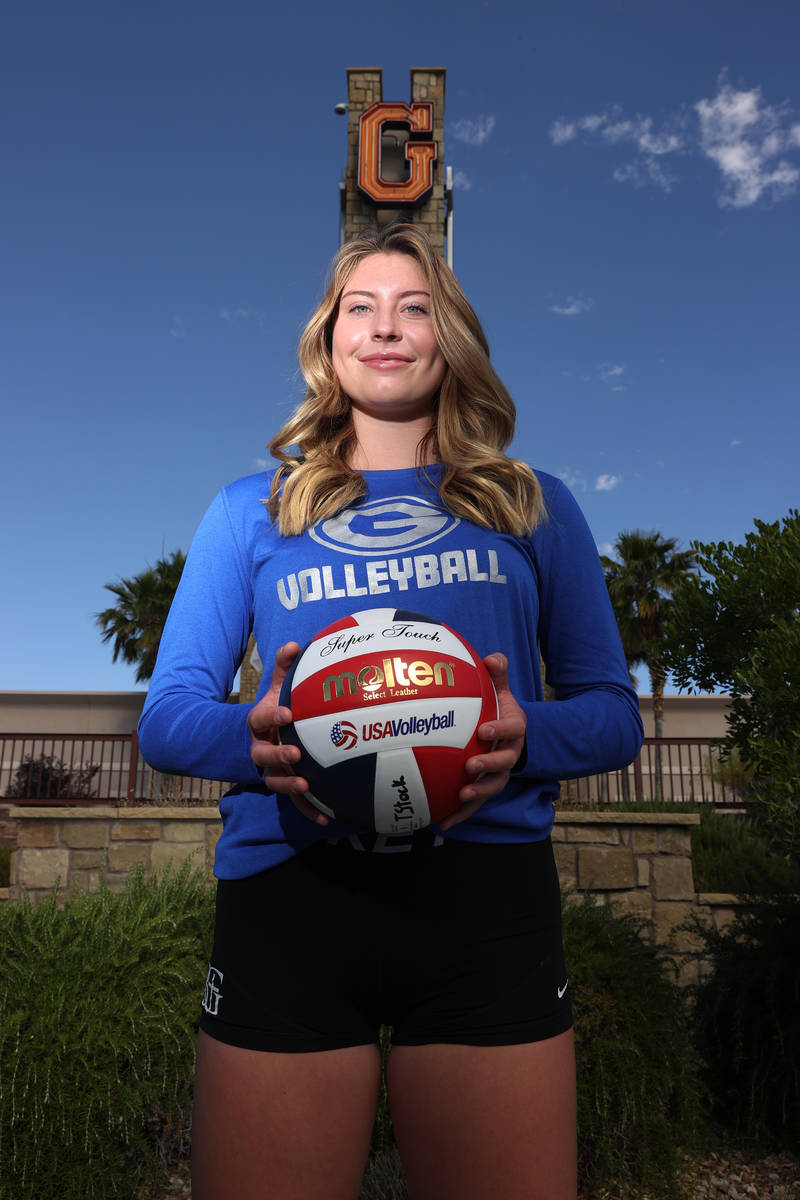 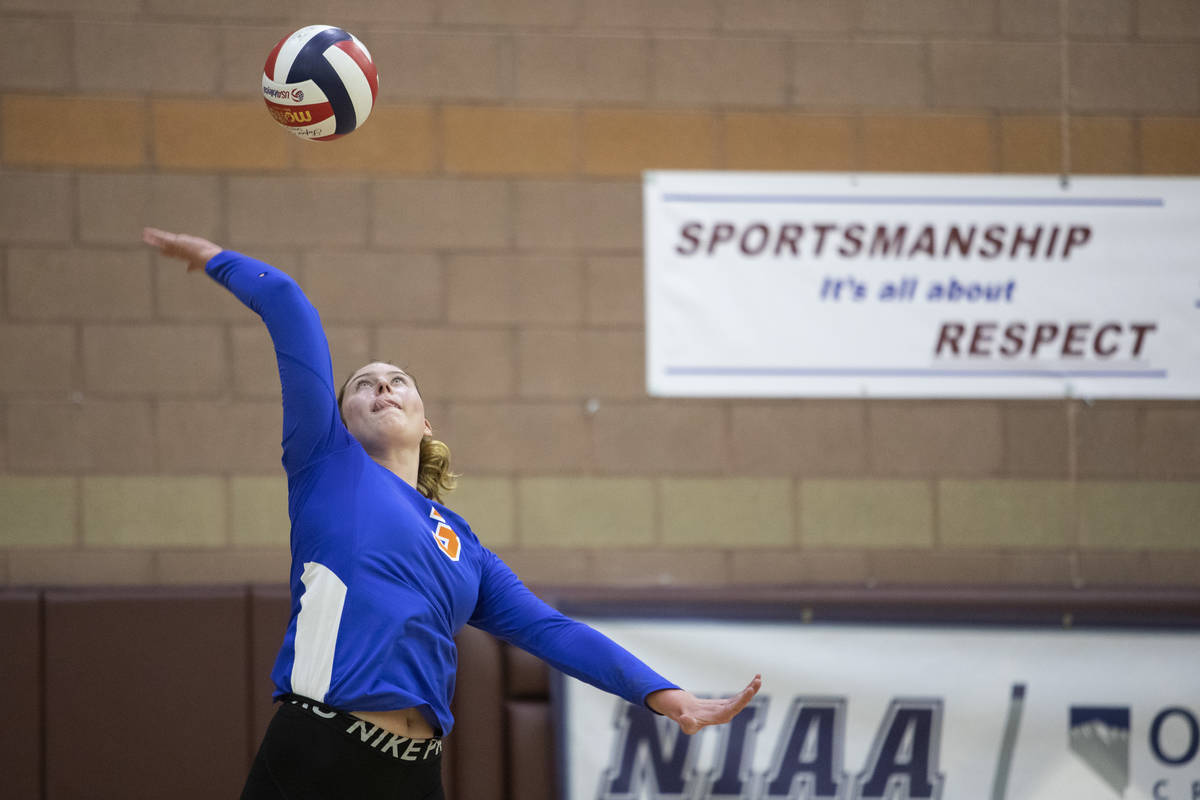 It’s an easy sentiment to understand, considering everything the Gaels’ 6-foot-2-inch outside hitter has helped the program accomplish the past four seasons. It’s not only Stockham’s obvious ability in all aspects of the game that Nunley will miss but also her passion and leadership.

“It didn’t matter if it was pool play in a tournament or a match point in the state tournament, I’ll miss how fired up she would get after a kill,” Nunley said. “I’ll miss how much fun it was to be part of a match with her and how she’d turn to the setter and tell her, ‘Get me the ball right now.’ ’’

That usually was good advice. Stockham, who will continue her career at Indiana next season, is the Class 4A all-time leader in kills with 1,625, according to the NIAA record book.

Stockham was twice named the Nevada Gatorade Player of the Year and was PrepVolleyball.com’s No. 32 recruit in the country for the 2020 class. She leaves Gorman with one more accolade — the Review-Journal’s Nevada Preps Girls Athlete of the Year.

Stockham is the second-highest-ranked recruit ever to pick Indiana, which signed eight freshmen and had the nation’s No. 15 class, the school’s highest. The Hoosiers were 14-19 overall and 3-17 in the Big Ten last season, but coach Steve Aird, who won two national championships as an assistant at Penn State, is making strides with the rebuilding project.

“It’s massive to get a player like Tommi,” Aird said. “The thing for me is her approach and that she wants to improve. She’s very bullish about learning more about the game and increasing her volleyball IQ. She has big, audacious goals, and that aligns with what we want to do.”

While Stockham acknowledged she’s “super grateful” for the individual awards, she said she’s prouder of what the Gaels have accomplished. Stockham helped them reach the Class 4A state championship match each of her four years, and they won three titles.

That includes last season, when Stockham was at the center of that effort. She finished with 24 kills, seven digs and three aces in the state championship match, a four-set victory over a Durango squad that defeated Gorman in the regular season and pushed it to five sets in the Desert Region final.

“We had a very good team my junior year, but we lost a ton of seniors that impacted the team,” Stockham said. “This year, it was fun that we had such a young team and were able to do the same thing as last year. It was a lot more competitive, but it was great to finish on top again.”

Stockham was originally committed to Southern California, but she said her dream was to play in the Big Ten. When she met Aird and his staff on her recruiting visit, she fell in love with the program.

Stockham said she hopes to play all six positions but will do whatever it takes to win.

“She knows exactly what she’s getting into,” Aird said. “There’s a difference in talking about being on ESPN and playing in front of 8,000 people and actually doing it. But she’s ready for it.”