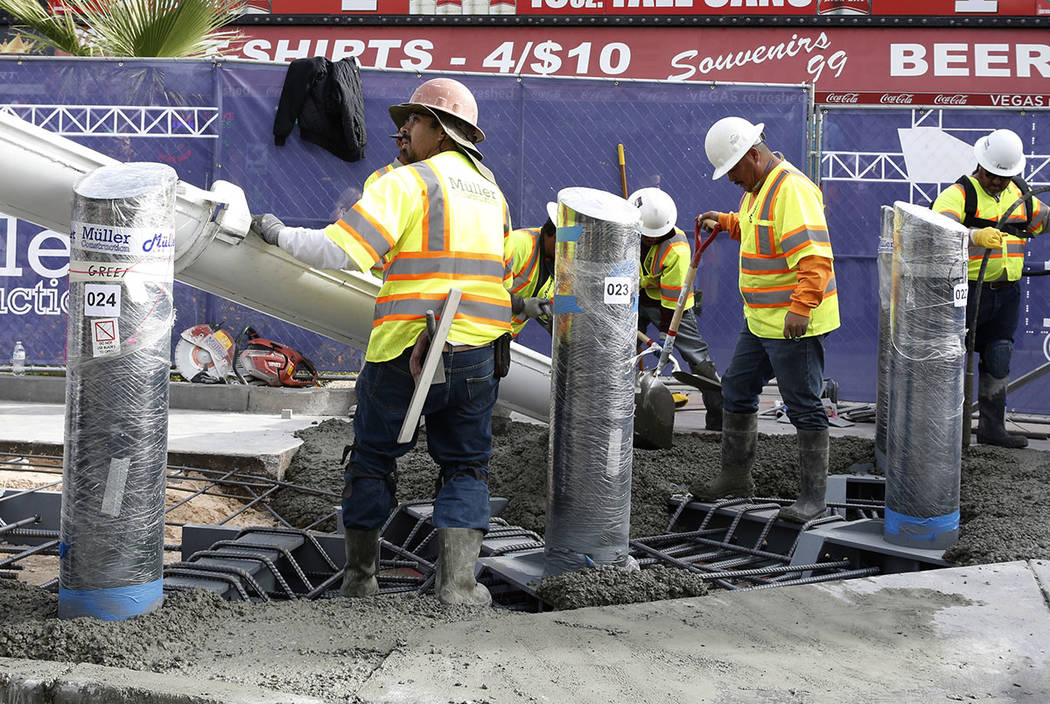 Officials at Muller Construction and the Nevada Foundation for Fair Contracting have argued for weeks whether workers on a Las Vegas Strip construction project were underpaid or overpaid.

Turns out it’s a little of both.

A Clark County audit into Muller Construction’s payroll found that employees completing a $4 million public works contract to install hundreds of steel posts along Strip sidewalks were underpaid nearly $3,300. But they also were overpaid by almost $5,500.

“This was not something intentional. This was simply a mistake,” said Robert Kern, an attorney for Muller Construction. “If we were trying to do something maliciously we did a very bad job of it, because we paid more than we were required to, not less.”

So how did it happen?

Early last month, the Nevada Foundation for Fair Contracting submitted a complaint alleging employees were misclassified and not being paid for the construction trades they were performing, a violation of the state’s prevailing wage law.

The county audit found Muller “misinterpreted” state administrative code and paid its employees hourly rates corresponding with the trade they spent the longest time working in a given week. The employees should have been paid the rates for each hour they worked in each trade.

The employee with the greatest amount of underpayments is owed about $500. Muller Construction has until close of business Feb. 5 to correct all underpayments or appeal the county’s findings. The company cannot make employees refund any overpayments.

Muller Construction has done 10 county public works projects since 2015 and not had a prevailing wage violation before the bollards project, county spokeswoman Stacey Welling said.

Nevada Foundation for Fair Contracting President Tommy White questioned whether this is the only job where the problem had happened.

“How many jobs has Muller done this on? They’ve been doing public works projects for a long time,” he said. “Hopefully they’ll get the employees underpaid paid correctly and they’ll learn how to classify their employees on prevailing wage jobs.”

Kern said Thursday 12 of the underpaid employees had received the money owed to them. Paychecks were waiting for the other two, he said.

The dispute delayed a county commission vote on whether to extend Muller Construction’s contract to continue installing the bollards. County Manager Yolanda King said she will not bring the item before the County Commission again until the state completes its investigation.

King said the county will submit its findings to the Nevada Labor Commission, which also launched an investigation after receiving a complaint from the Nevada Foundation for Fair Contracting.

Labor Commissioner spokeswoman Teri Williams said once the state receives the county findings it will have 30 days to accept the findings, modify them or return them for further investigation.

Kern said that Muller Construction will continue its defamation lawsuit against the Nevada Foundation for Fair Contracting. The Laborers Local 872 union and Lou DeSalvio, the foundation’s director, are also named as defendants.