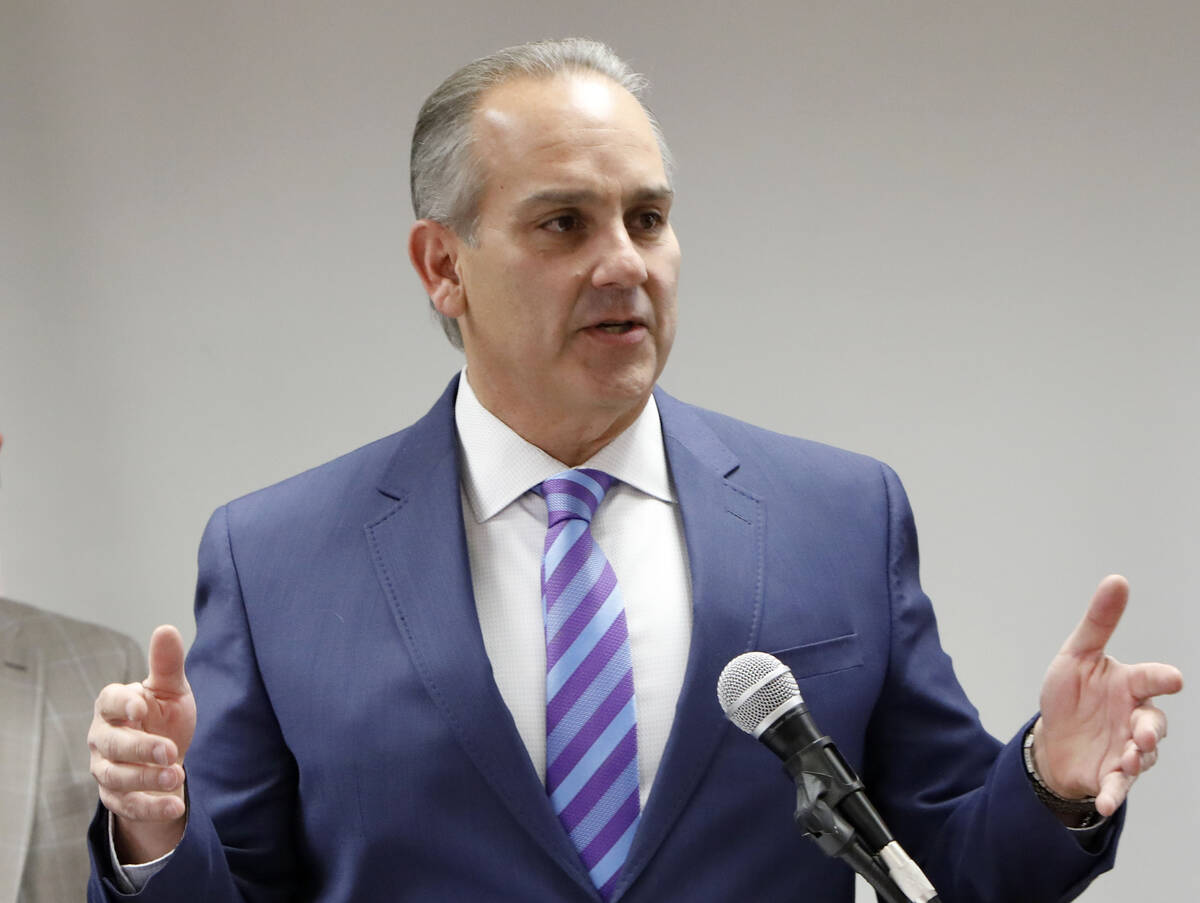 Leading the Clark County School District — the nation’s fifth-largest — is among the most difficult jobs in the state. After more than three years, it’s increasingly clear that Superintendent Jesus Jara isn’t up to the challenge.

On Thursday, the Board of Trustees will consider Mr. Jara’s future. Three of the seven trustees requested the agenda item, meaning his support on the board is tenuous.

Trustees hired Mr. Jara in May 2018. They now have ample information on his performance. Unfortunately for students, his tenure has produced few positives in terms of academic achievement.

Over the past year, distance education resulted in very little learning. Last semester, nearly 40 percent of district students received at least one F. The results from last year’s Smarter Balanced Assessments, given to third- through eighth-graders, were abysmal. The percentage of students proficient in English Language Arts was 37.1. In math, it was 21.3. Only 54.1 percent of students even took the test. If non-tested students had been included, those numbers could have dropped by 40 percent or more.

Mr. Jara had the no-win task of leading the district though a pandemic. That was disruptive and beyond the district’s control. But leaders are paid to adapt and overcome, not to be swept helplessly along by current events.

Instead of a renewed focus on academic excellence — particularly after the disaster of remote learning — Mr. Jara pushed this summer to dumb down the district’s grading policy. Allowing numerous test retakes and mandating minimum scores of 50 percent should push grades higher, even if students know less. This is a fraud on parents and an affront to students who take their classroom work seriously.

Mr. Jara also pushed to centralize the zone variance process, which allows parents to select schools outside their neighborhoods. The district should help and encourage parents who seek a better school fit for their children, not subject them to more red tape. He also initially opted for secrecy over transparency when it came to keeping parents informed about COVID statistics.

Mr. Jara’s actions before the pandemic do little to inspire confidence. He capitulated to the teachers union after it threatened an illegal strike in 2019. He gutted entrance requirements for high school magnet programs. In 2019, he fired school deans before rehiring them. He loosened classroom disciplinary standards. During a 2020 legislative session, Mr. Jara was for a bill to seize carryover funds from individual schools before he was against it.

Mr. Jara came on board in 2018 saying he had a “real clear focus on being the No. 1 district for kids.” But his tenure has been an assault on achievement and accountability.

Enough. The district has struggled for decades and can’t afford to regress any longer. The trustees need to part ways with Mr. Jara.