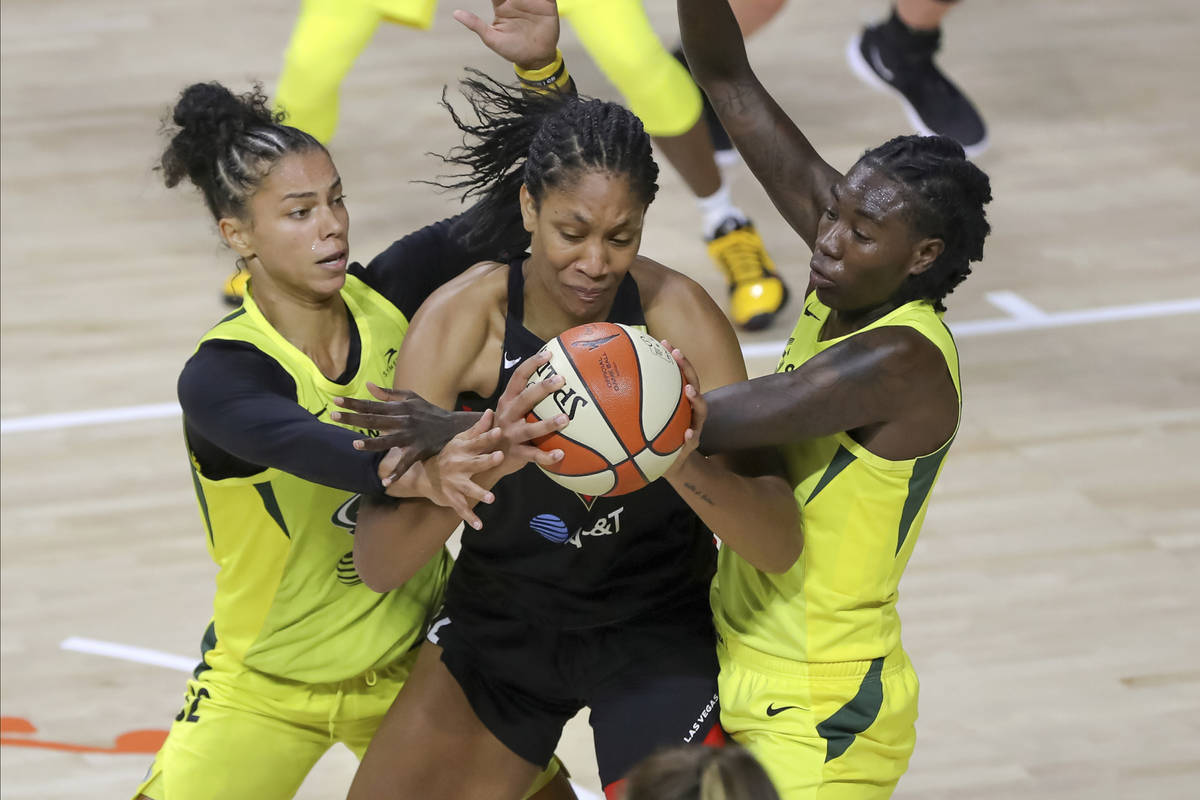 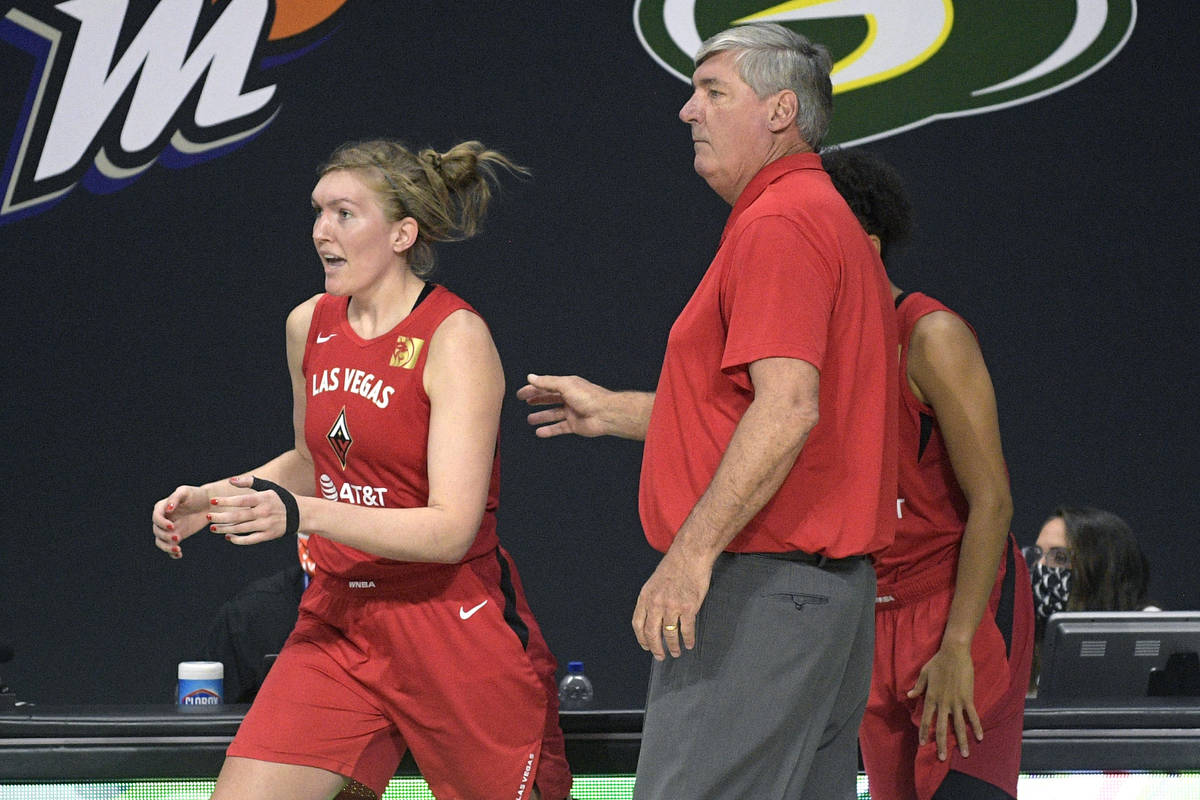 When the Aces signed quality veterans Angel McCoughtry and Danielle Robinson in the offseason, they made it clear they had WNBA championship aspirations.

But after losing two starters for the season — guard Kelsey Plum to a ruptured Achilles tendon and center Liz Cambage because of her high risk for severe illness if she were to contract COVID-19 — nobody knew what to expect from them in the Bradenton, Florida bubble.

Training camp didn’t provide much clarity, as the team dealt with injures that kept it from playing five-on-five until its three scrimmages against other teams. When asked what his team accomplished during training camp, coach Bill Laimbeer said he was “stumped.”

Fast forward about a month, and the Aces are one of the league’s top teams at 11-3. And if they defeat Seattle (12-3) on Thursday, they will overtake the Storm for the top spot in the standings.

How did the Aces go from a team with such uncertainty to one that could finish with the highest winning percentage of any club coached by Laimbeer, who has won three WNBA titles?

It starts with A’ja Wilson, who has played at an MVP level all season. The third-year forward is the only player in the league who ranks in the top five in points (20.3, second), rebounds (8.8, third) and blocks (1.5, third) per game.

Her production has come despite facing double- and triple-teams as the focal point of opposing defenses.

“I don’t have a choice but to embrace it,” Wilson said. “It’s been fun, and it keeps me on my toes because I don’t know what I’m going to see game after game. But I still just try to find ways to produce for my teammates. That’s my biggest thing every time we go out and play.”

McCoughtry, an 11-year veteran, has been a more efficient scorer than ever, averaging 15.0 points on 54.7 percent shooting.

“I always tell people I’ve got a lot of miles on my body from having to take all the load all the time in Atlanta,” she said. “It’s great that I don’t have to take that load anymore, especially coming off the knee injury (torn ACL in 2018).”

Carolyn Swords provides size and rebounding as the Aces’ only true center, and guard Kayla McBride has struggled at times with her shot but is averaging 11.6 points.

Laimbeer pulled a surprise move before the season opener, inserting Lindsay Allen as the starting point guard over Jackie Young, the starter last season. Allen has been solid with the ball and kept the team organized, but the move also gave the Aces more firepower off the bench.

The bench is averaging 33.8 points, which would be the second-highest total in WNBA history, behind Minnesota’s 2008 total of 33.9.

The “Energy Team” is led by Dearica Hamby, who was last year’s Sixth Woman of the Year and is making a strong case to win the award again.

Hamby is scoring 12.2 points per game and vying to become the eighth player in league history to average double figures without starting a game. Young, in her second season, has become a scoring threat, especially in transition or with a pull-up jumper in the lane. And Robinson has been solid.

But the secret to the Aces’ success, Laimbeer said, is the chemistry. He said it’s more important than ever this season because of the bubble.

“You’re always around each other all day long,” he said. “There’s no other family to go home to. Some are living in the same place with each other, and everybody eats kind of on the same schedule. It doesn’t stop, so the teams that have players that like each other and are really pulling for each other are the ones that are successful.”