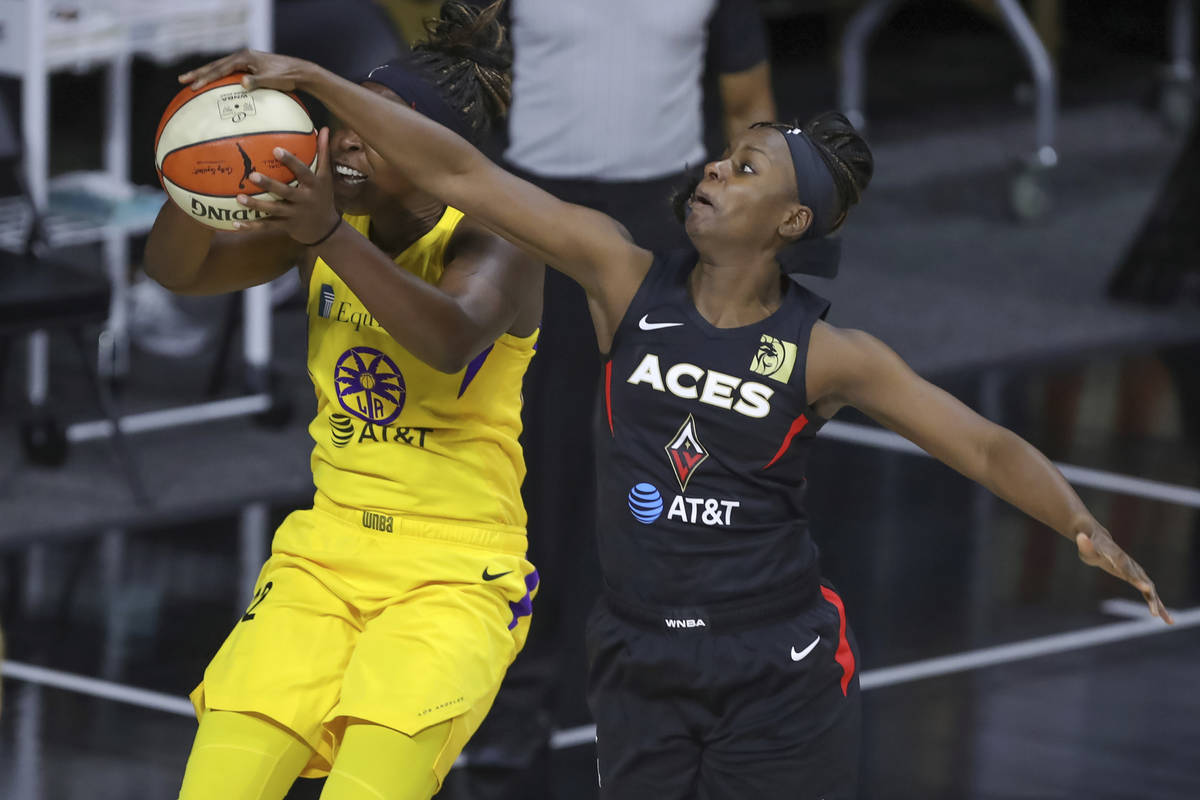 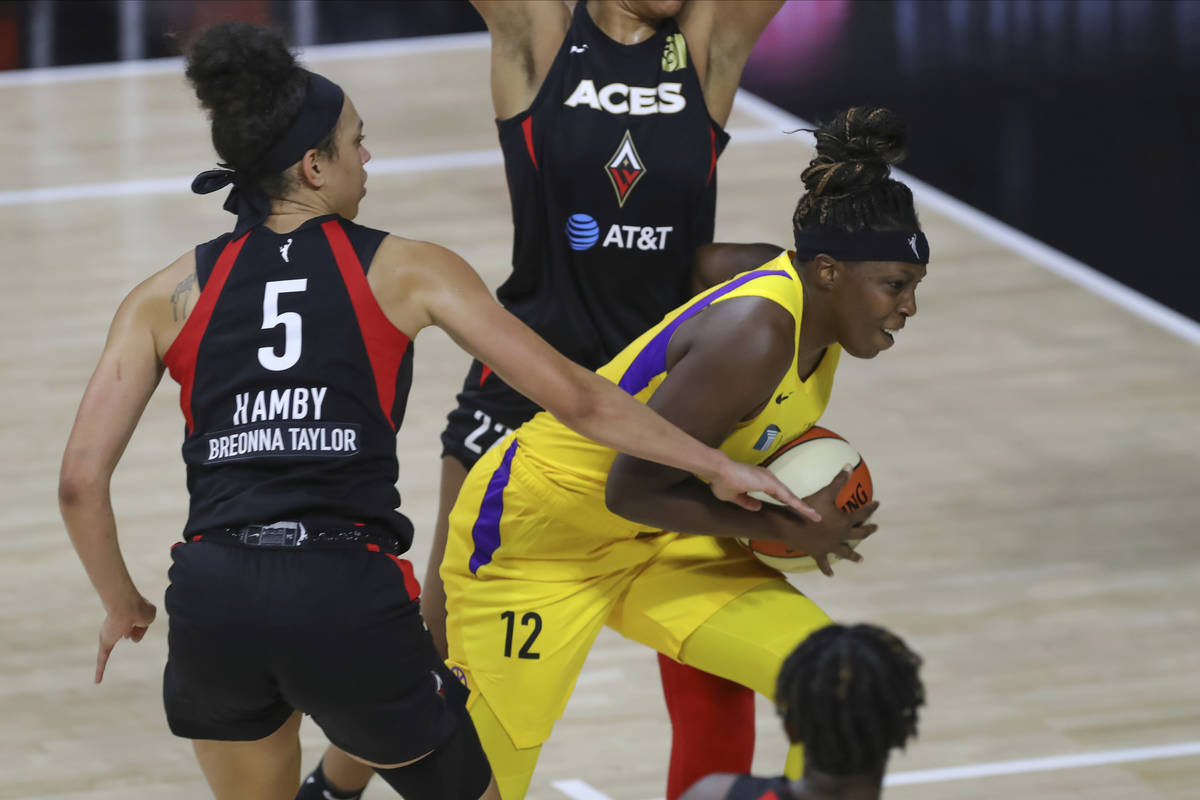 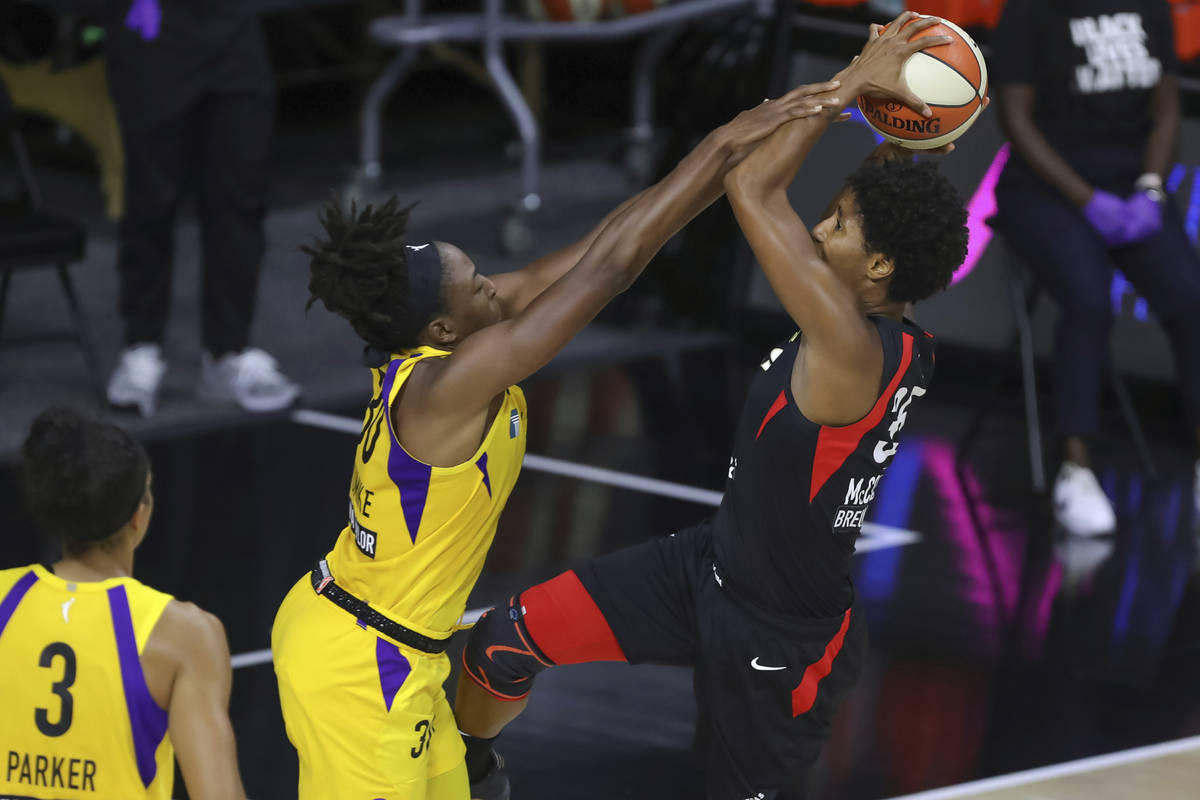 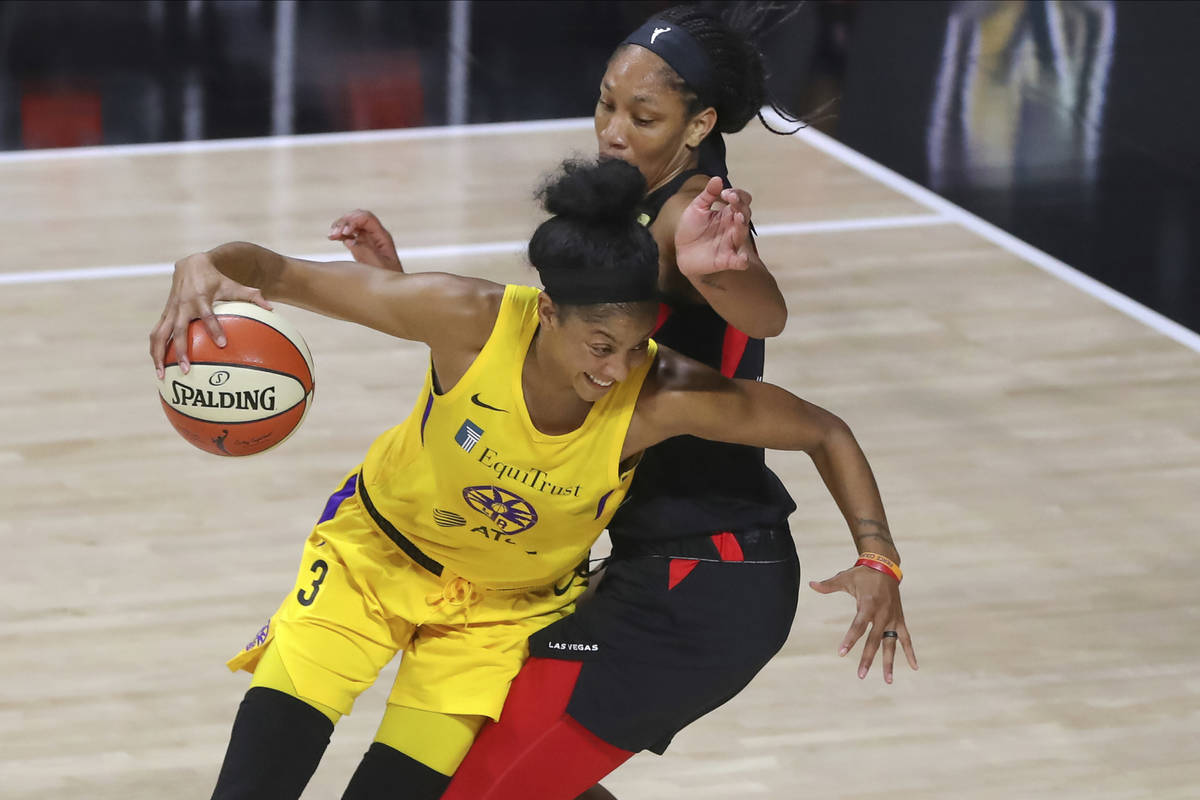 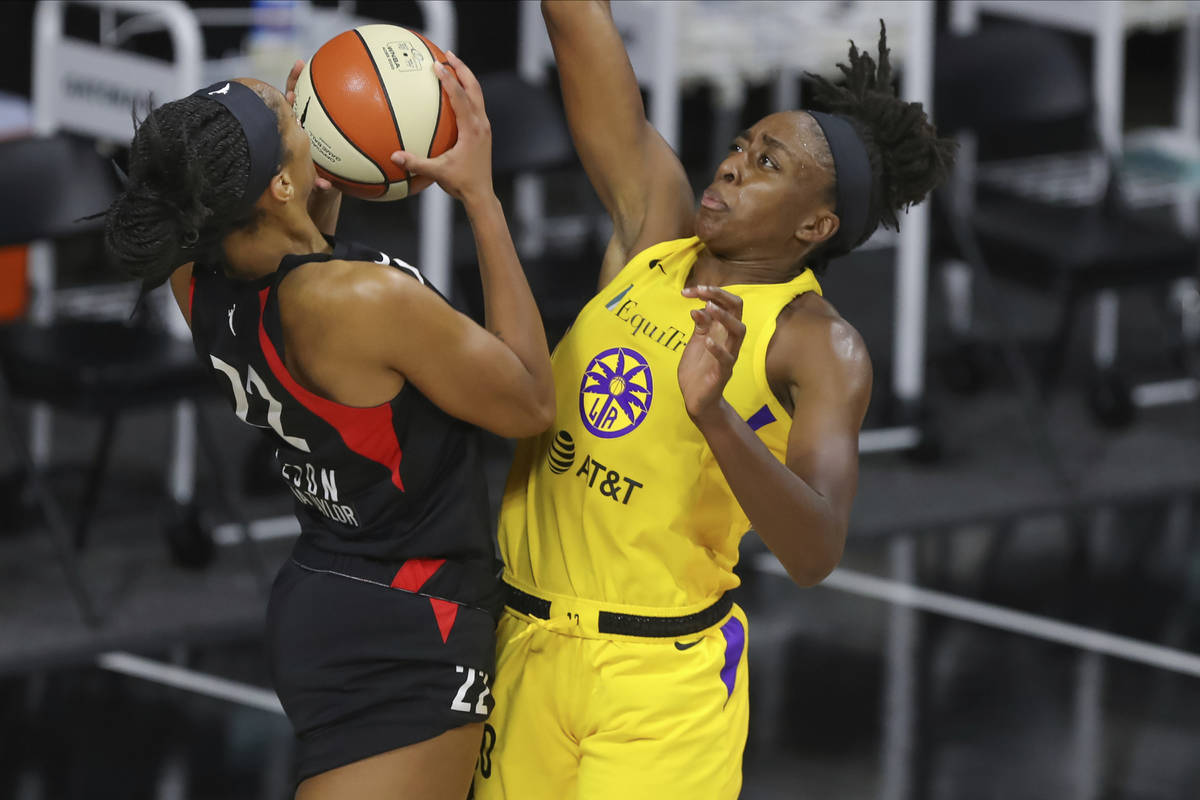 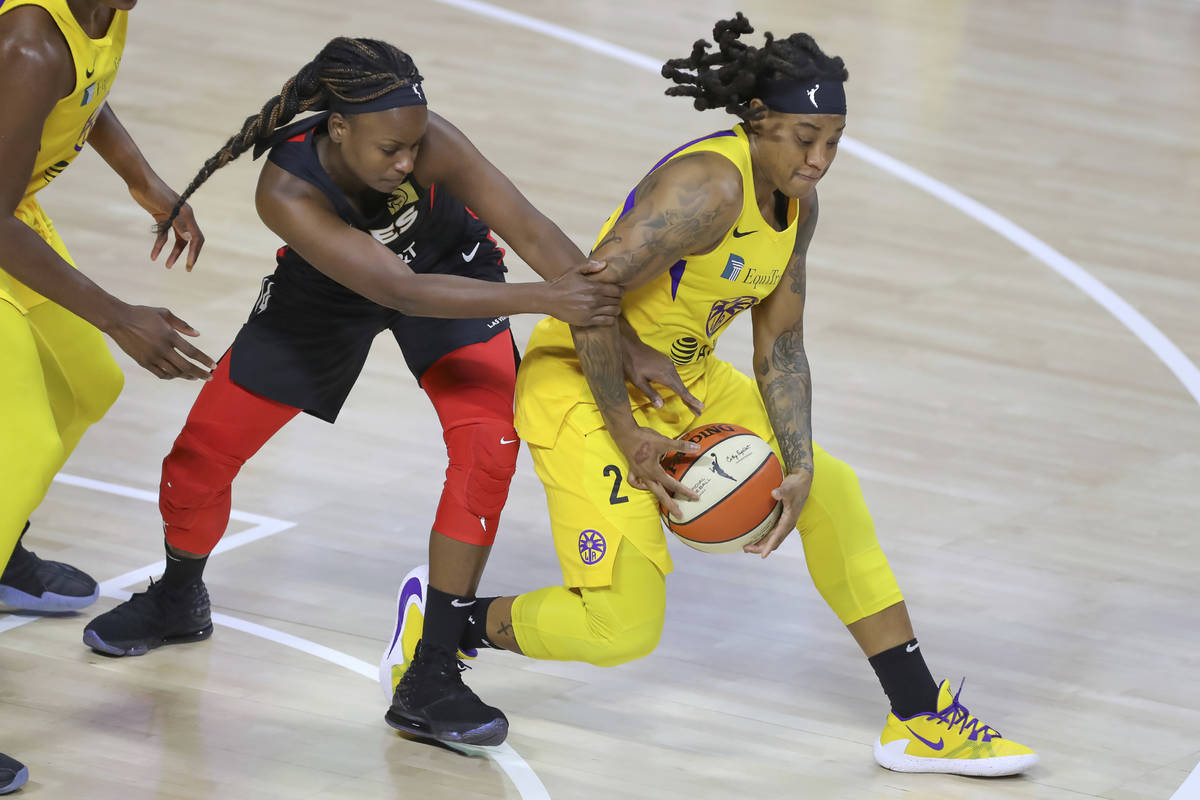 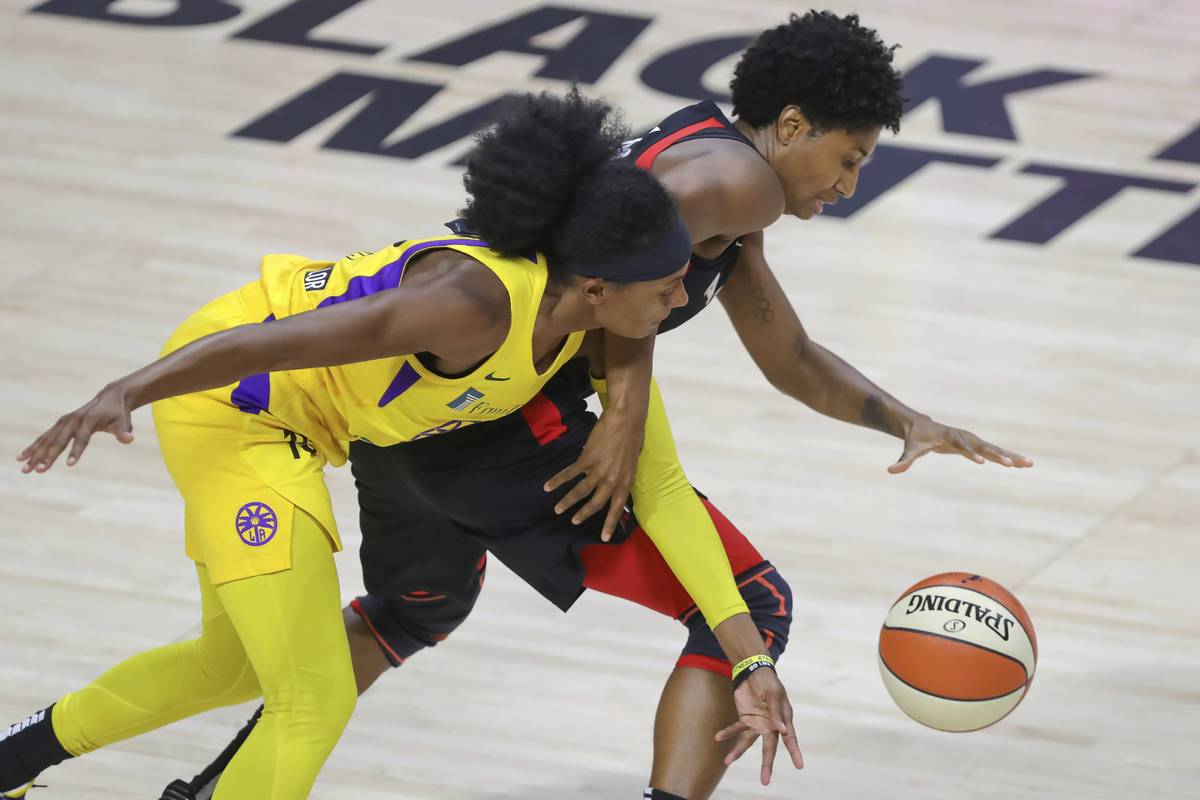 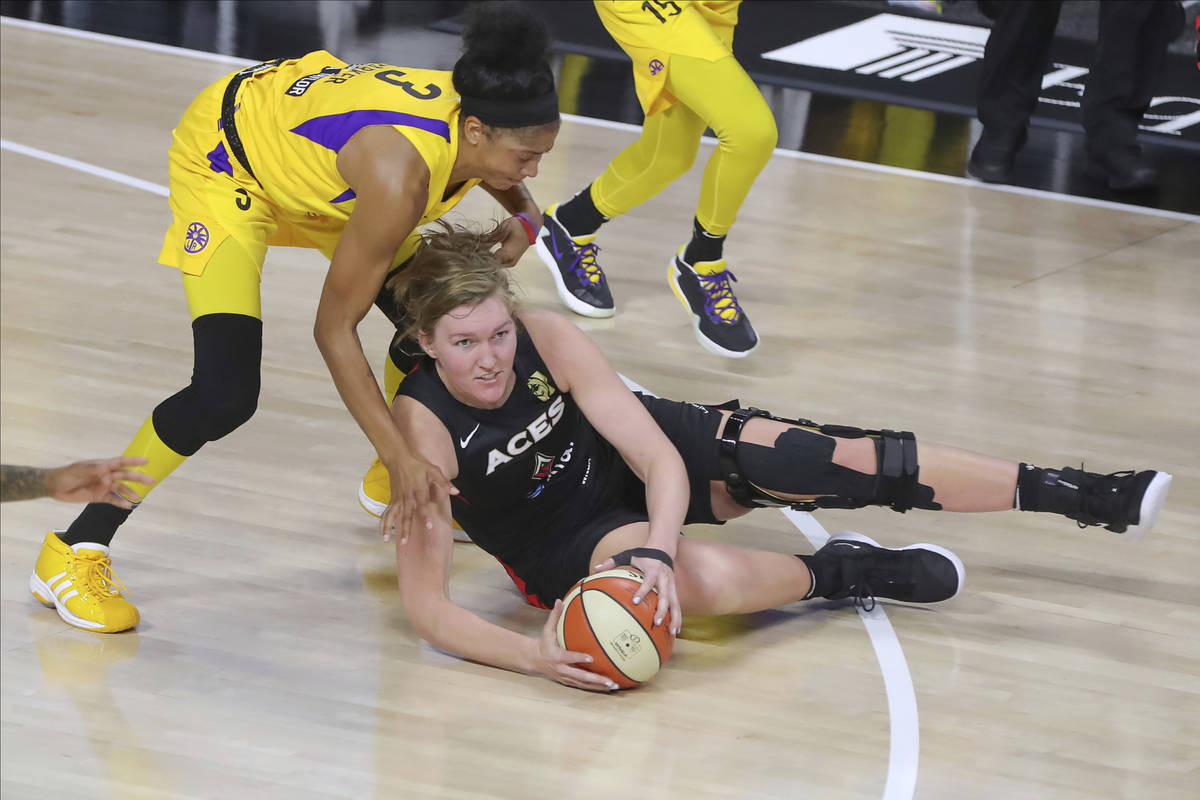 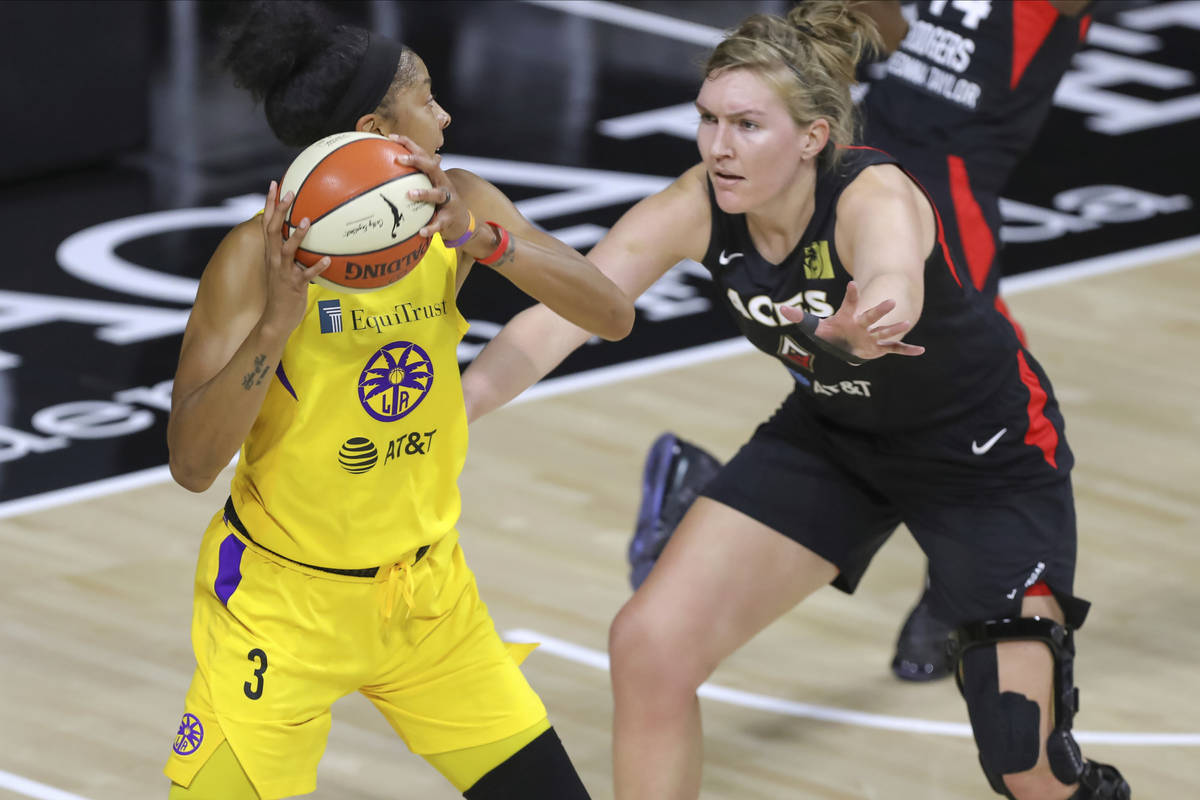 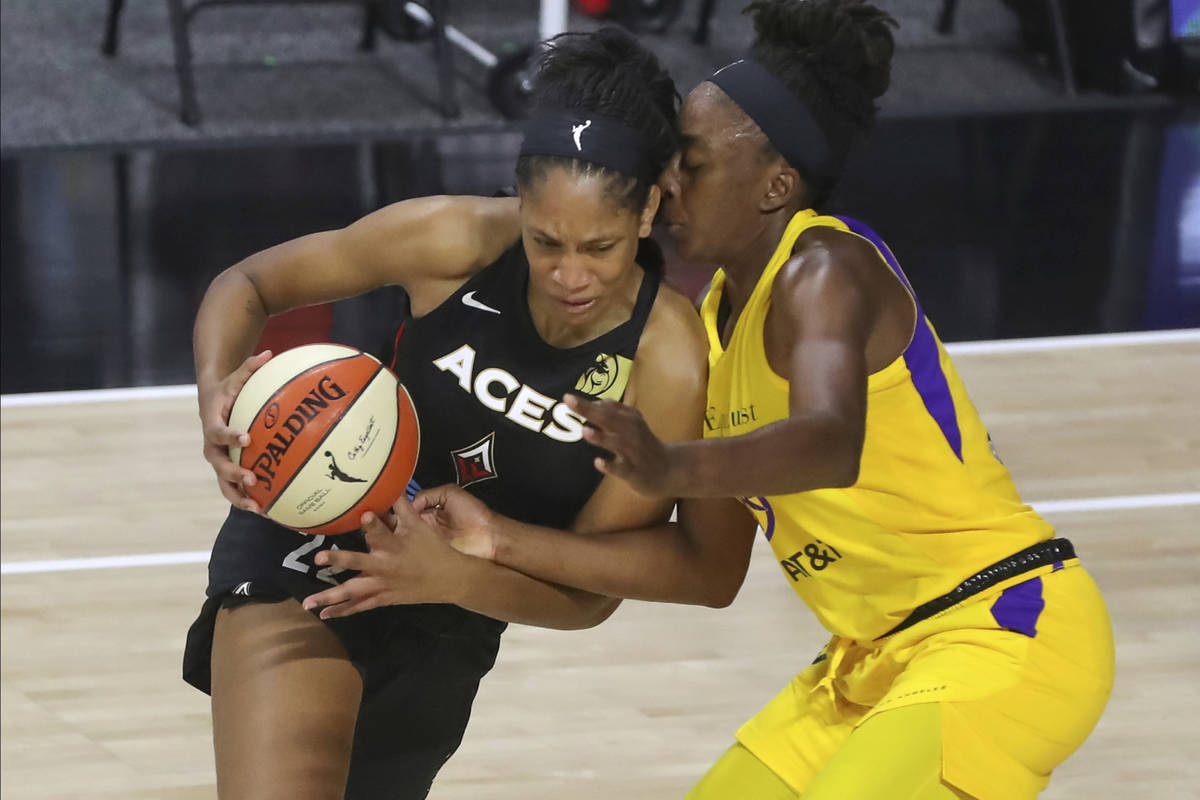 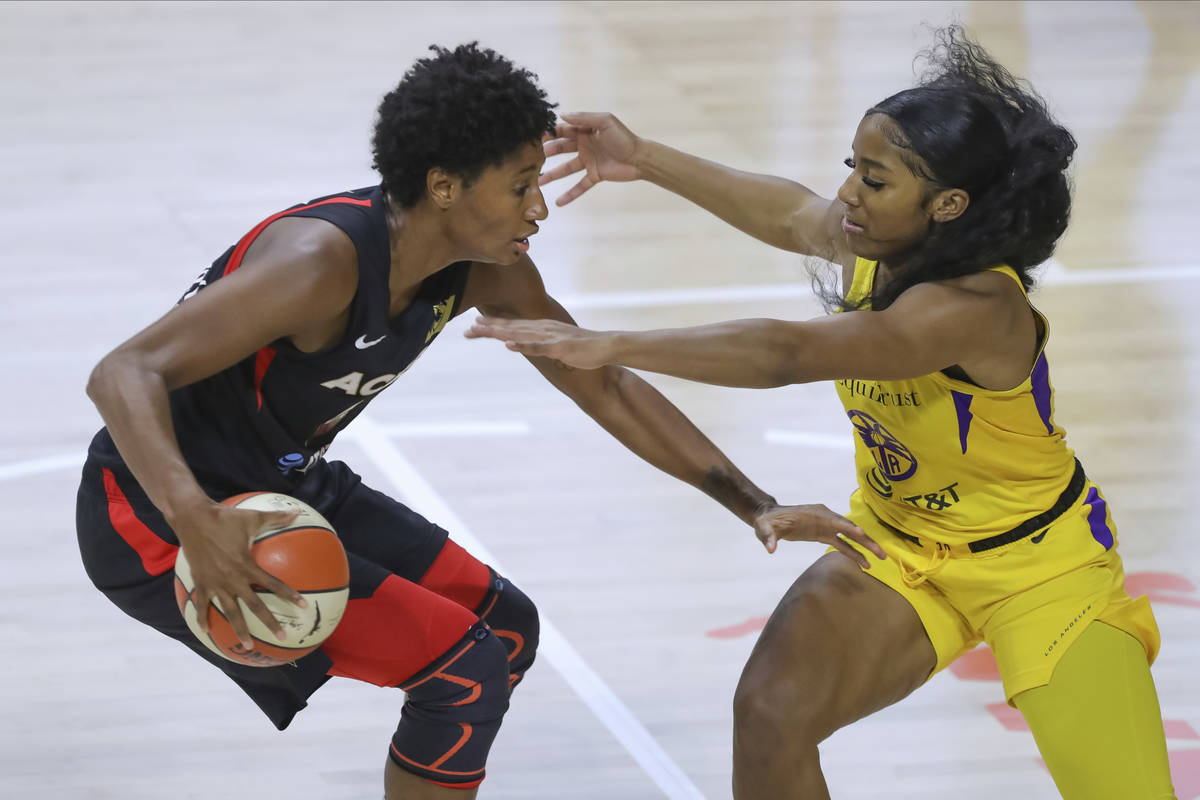 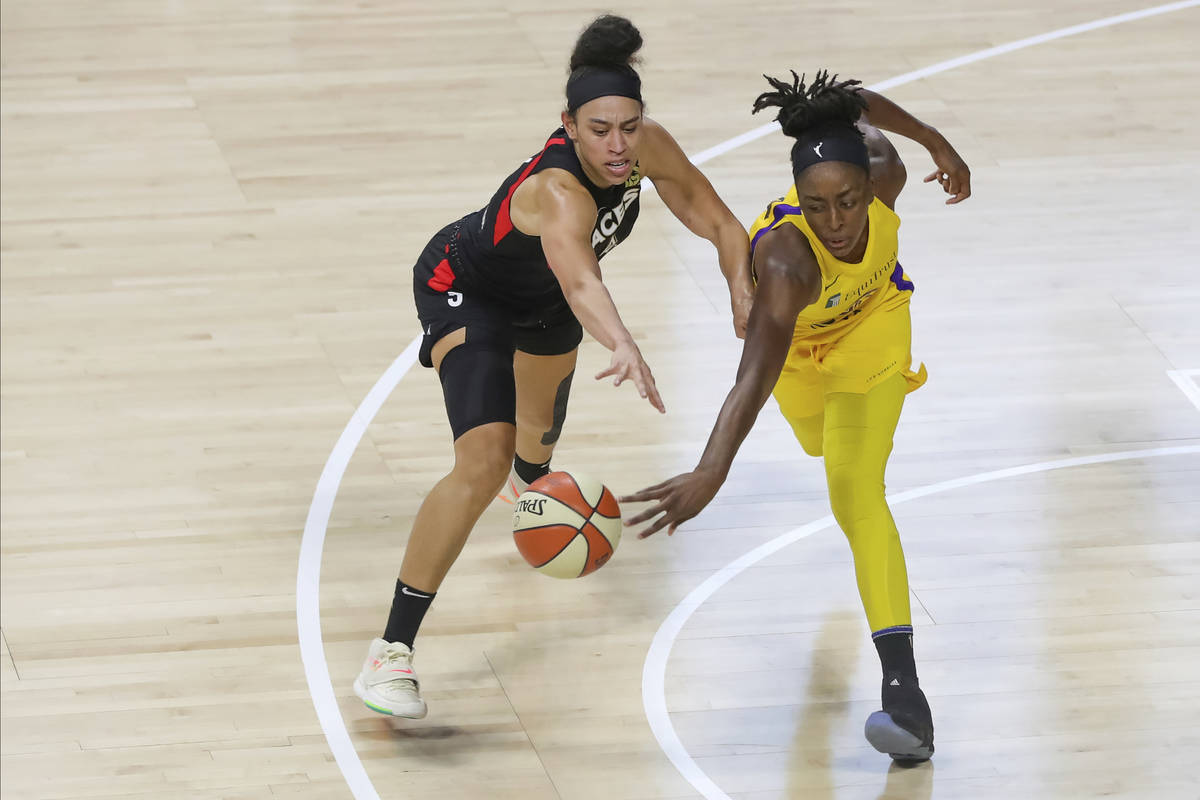 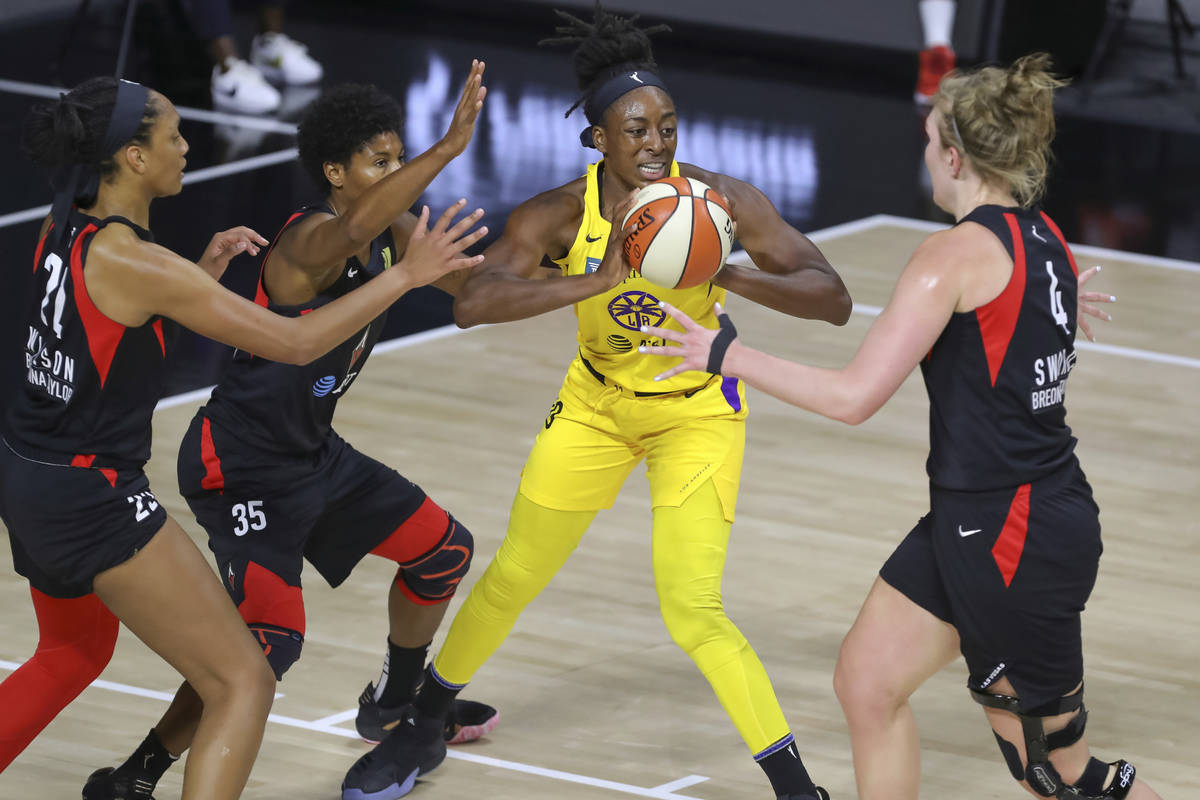 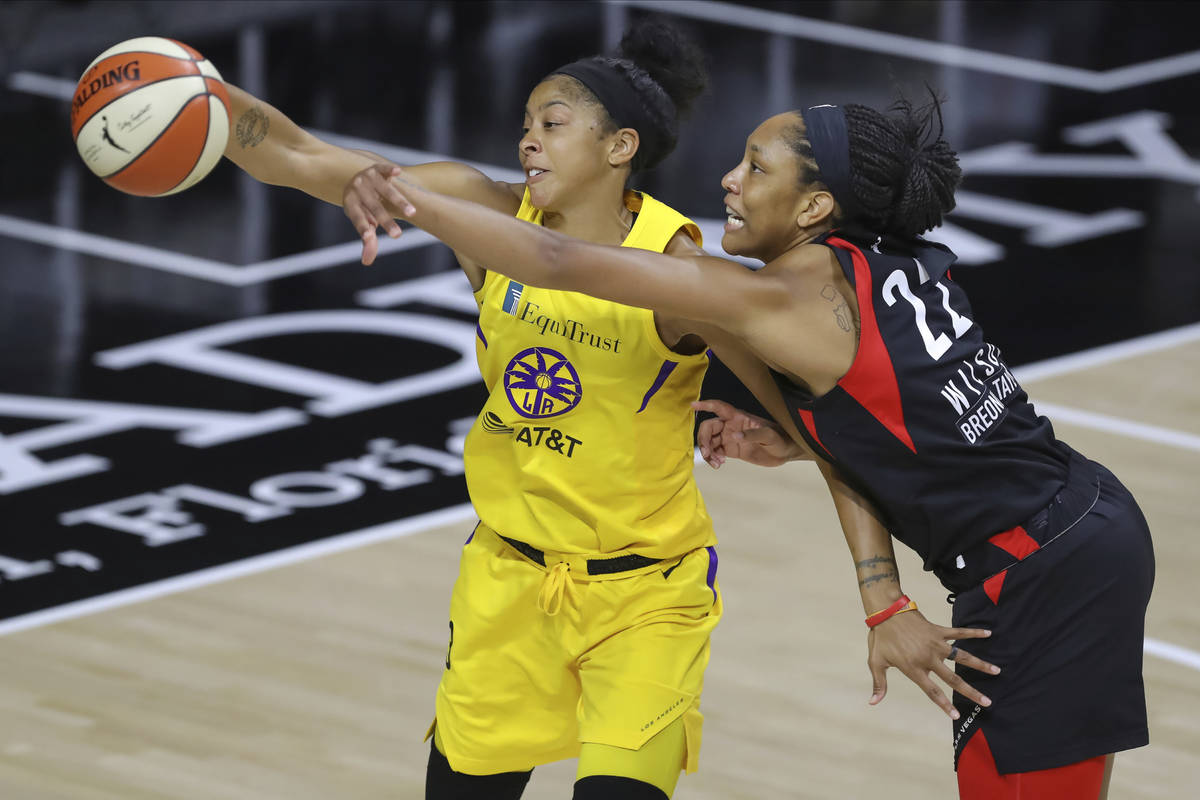 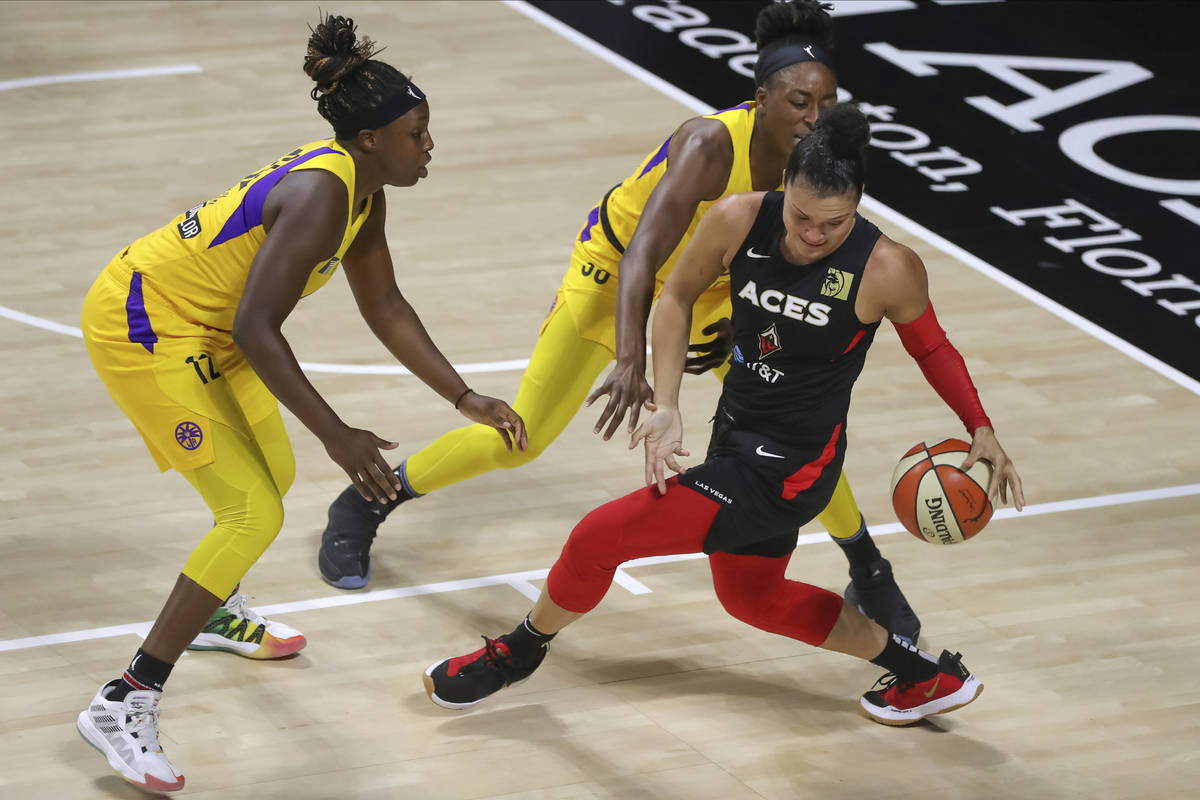 The Aces have had the WNBA’s highest-scoring offense this season, much to the surprise of many.

But with their goal of a top-two seed and double bye into the playoff semifinals on the line against the Los Angeles Sparks on Saturday in Bradenton, Florida, they went back to their identity of being a shutdown defense.

After their 15-point third-quarter lead was cut to four, the Aces allowed only 10 points in the fourth and pulled away for an 84-70 win.

“I think we just knew we had to redirect some things because that third quarter was unacceptable for us on the defensive end,” said Aces forward A’ja Wilson, who had 19 points and eight rebounds. “We let them get back into the game. We knew we had to turn it around in the fourth quarter with our defense.”

Angel McCoughtry scored 18 points, including a 3-pointer and three-point play to help the Aces (17-4) rebuild their double-digit lead with seven minutes remaining. Kayla McBride, who scored 17, put the game out of reach with a 3-pointer with 1:25 left.

The Aces will meet the Seattle Storm at noon Sunday, with the winner getting the No. 1 seed.

“We’re going to go play basketball,” Aces coach Bill Laimbeer said. “I’m not going to slow us down or speed us up or try to make us anything we’re not. We’re going to go to play to win. If we win and get the top seed, wonderful. If we lose, then we’re No. 2.”

Nneka Ogwumike led the Sparks (16-6) with 24 points, and Candace Parker had 19 points and 10 rebounds. The Sparks will be the No. 3 seed and open with a one-game second-round playoff Thursday. The semifinals will begin Sept. 20.

When you just finished a game and have another one in less than 24 hours.@_ajawilson22 #ALLIN ♦️♠️ pic.twitter.com/6s51bxxxgr

Here are three takeaways from the victory:

The Aces didn’t get their usual scoring output from their bench, as Dearica Hamby, Jackie Young and Danielle Robinson combined for 20 points.

But point guard Lindsay Allen and center Carolyn Swords made all four of their field goals and scored five points apiece.

“Carolyn played extended minutes and did a great job out there,” Laimbeer said. “Lindsay is one who plays the first four or five minutes and then doesn’t get to play the rest of the half. She made some really big plays, had a really big 3-ball when we needed it.”

It’s been a tough shooting season for McBride, who was hitting a career-low percentage on 3-pointers but has gone 12-for-21 in her last five games.

That includes a 5-for-7 night Thursday against Minnesota and 2-for-3 performance Saturday, when she was 6-for-10 overall from the field.

“I know who I am, and it was about this moment,” McBride said. “It was about how good I could be after not playing overseas. I felt the best I’ve been all season long, and that’s the best time to peak because the playoffs are about to start.”

Parker and Ogwumike combined for 43 points on 18-for-31 shooting, but the rest of the Sparks went 9-for-41.