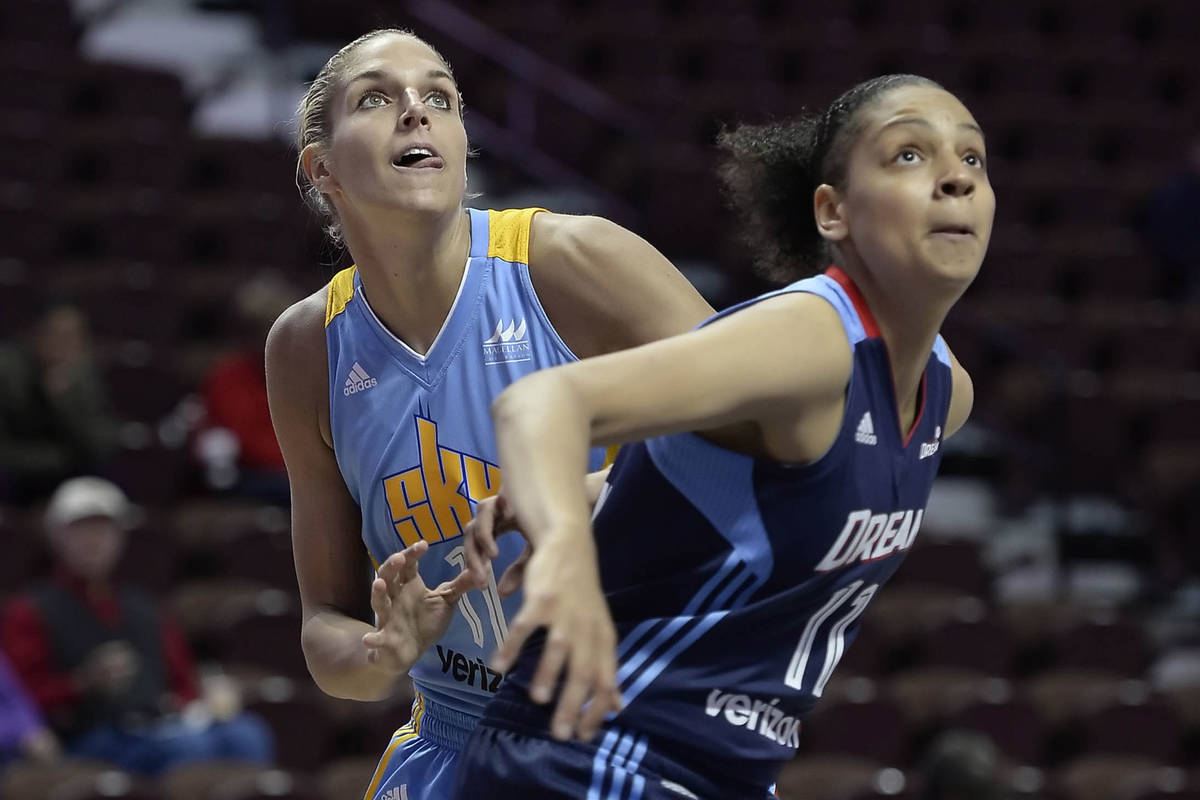 When Cierra Burdick got the call from her agent, she could barely believe what she heard.

Burdick was two hours away from flying to Minneapolis for a family funeral, but her plans changed with the phone call that informed her the Las Vegas Aces wanted her to join them in the WNBA bubble in Bradenton, Florida.

“I was like, ‘Who are we talking about? Where are we going?” Burdick asked her agent. “And he said, ‘Oh, well, your old friend.’ I’m immediately thinking, ‘No way.” There’s no way Bill Laimbeer has gotten in touch with my agent again and wants me to come play for him. We’ve had history, and it’s not the best history. But I’m grateful to be back in the W(NBA) and to compete against some of the best women in the world.”

After a quick conversation with her mother, Burdick accepted the Aces’ offer and joined the team last week. She played one minute in the Aces’ 83-77 win over Washington on Wednesday and hopes for more playing time when they meet Los Angeles at 6 p.m. Friday.

Burdick, a 6-foot-2-inch forward from Tennessee, has played in 30 WNBA games over four seasons, including this year, after being drafted by the Atlanta Dream with the 14th overall pick in 2015. She has averages of 2.7 points and 1.7 rebounds.

Burdick signed with the Laimbeer-led New York Liberty in 2017, but was waived later that season after playing in six games. Laimbeer brought her in for training camp with the Aces in 2018, but again let her go before the season started.

Those past experiences with Laimbeer left Burdick with what she called a “love-hate relationship” with the coach, but also said there’s a mutual respect there.

“Every player thinks they’re better than they are, and she’s no exception to that,” Laimbeer said. “When you don’t make a team and get waived for whatever reason, whether it’s the wrong fit or you didn’t get the opportunity to play as many minutes as you possibly could have, it’s real life. People get cut all the time. She’s a bubble player. I told her way back when, she’s right on that edge.”

For her part, Burdick has kept herself in shape, hoping for another opportunity like the one she’s received.

While she hadn’t played in the league since 2017 before Wednesday, she’s played overseas and was part of the Seattle Storm’s 3-on-3 team last summer.

Now that she’s with the Aces, she views her past experience with Laimbeer as a positive.

“I think a lot of coaches want players that have been in their camps before, that they’re familiar with, that know their sets, their schemes,” Burdick said. “I think that’s one of the reasons I got the call from Bill. He knows what he’s going to get out of me, and I know what to expect from him. He demands excellence.”

Laimbeer also expects Burdick to help bolster the Aces’ rotation at both forward spots, play with energy, defend, rebound and make an occasional shot. He laid that role out for her in their initial conversation when she arrived in Florida.

“It’s a good opportunity for her,” Laimbeer said. “This is a good, quality team. Everybody is in it for each other, and I think she can thrive in this environment if she gets out there and gets some playing time.”