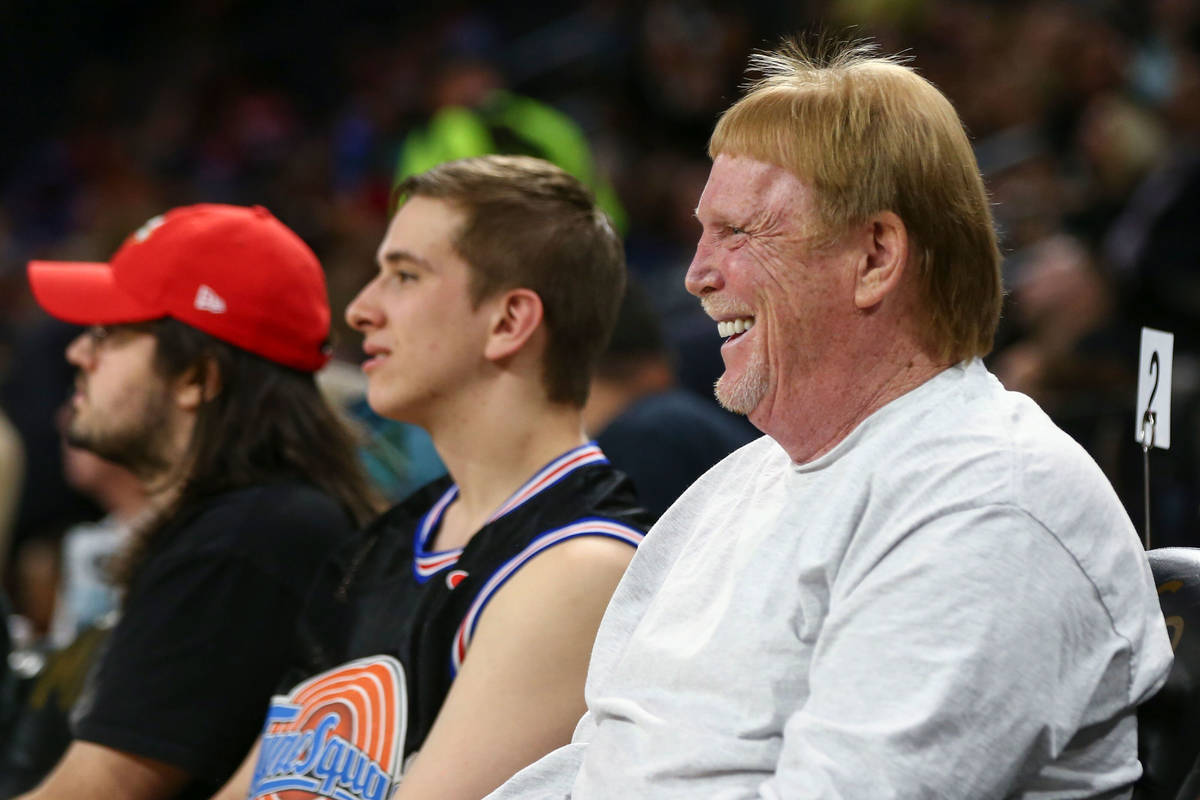 The Aces have a enthusiastic core of fans who show up at Mandalay Bay and create a noticeable home-court advantage.

But it’s also a fan base with plenty of room for growth, and expanding the Aces’ reach in Las Vegas is one of the primary challenges facing new owner Mark Davis.

Davis, who also owns the Raiders, said in a news conference Wednesday that he will borrow from the strategy used in introducing his NFL team to the Las Vegas after it was awarded to the city in 2017.

The Raiders completed the move to Las Vegas last year.

“We didn’t wait to get into the community,” Davis said. “We didn’t wait to bring our community-relations people into Las Vegas. I think that’s one of the strengths that has kept us going even through the pandemic. The fact that we built such relationships in the community has helped us grow our presence, and I think we can do the same thing with the Aces.

“MGM has done a good job of that. I believe we can take it to the next level and let everybody know that the Aces are here to stay.”

All WNBA games last season were played in a bubble in Bradenton, Florida.

Davis said part of the reason he bought the Aces was to promote women’s sports. He’s also putting his wallet behind such efforts, building a 50,000-square-foot practice facility in Henderson for the Aces between the Raiders’ and Raiderettes’ facilities. Davis expects the project to be completed in March 2022.

“I applaud Mark Davis for recognizing the growth potential for women’s sports and for being a wonderful community partner by supporting youth development and promoting diversity in sports and beyond,” Henderson mayor Debra March said.

As for game night, the Aces are contracted to play one more season at Michelob Ultra Arena at Mandalay Bay with a pair of one-year options. Davis said he would explore options for a more long-term arena.

“Some of the lessons I learned with the Raiders is that the venue that you play in is very important to your local economy,” Davis said. “MGM controls most of those fixed assets, such as naming rights, such as the sponsorships that go 365 days a year. We’re going to need those kind of revenue streams to build the coffers of the Aces. Whether that continues through negotiations with MGM to continue the lease or whether we do look at other places or whether we do build a place for the Aces, those are decisions that we’ll make in the near future.”