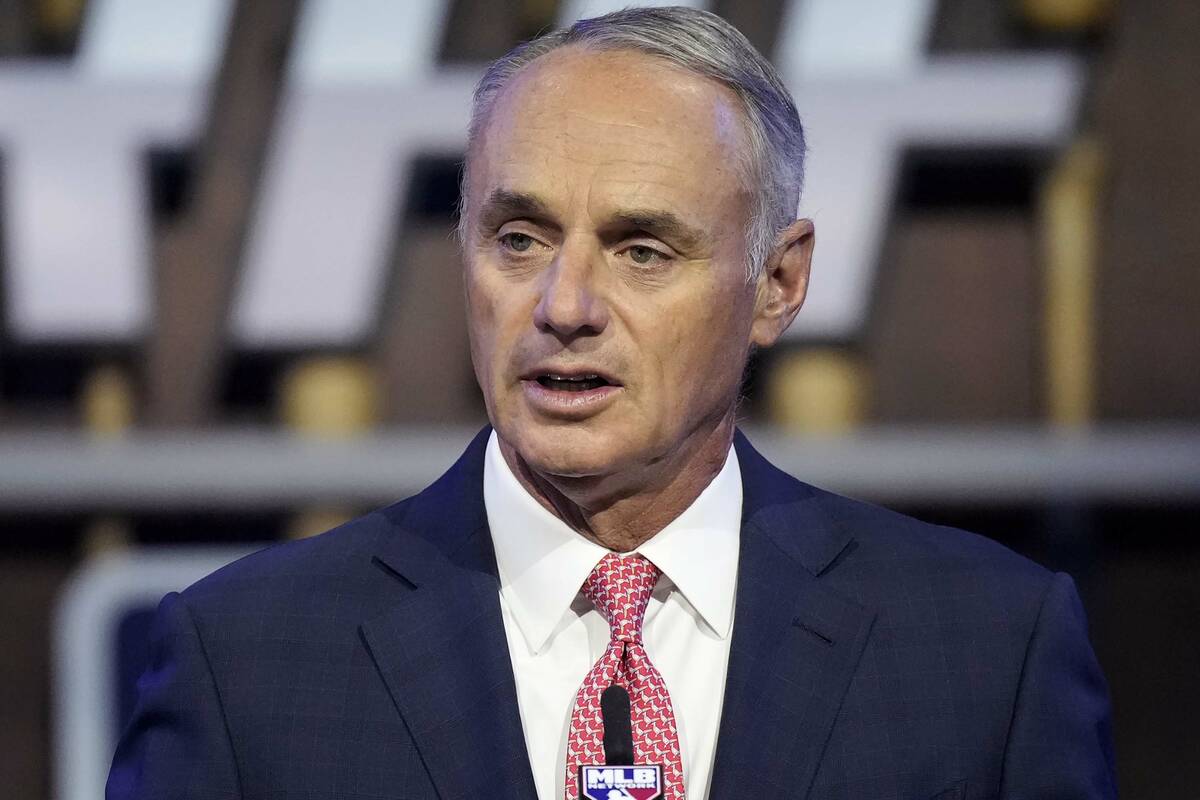 Alameda County officials OK’d a non-binding agreement Tuesday to join the city of Oakland in a proposed tax financing district that would generate money to pay for infrastructure-related upgrades for a proposed mixed-use development surrounding a $1 billion, 30,000-seat waterfront ballpark.

The vote keeps the ball rolling in Oakland, as the county was a needed partner in the city’s proposal for the $12 billion project.

Despite the vote, Manfred said Las Vegas is still in the running to land the team.

“The affirmative vote is a positive step,” Manfred said in an email to the Review-Journal. “The A’s will continue to pursue the Oakland project as well as the Las Vegas alternative.”

That alternative would be a $1 billion, 30,000-seat stadium somewhere in Southern Nevada.

A’s brass have made six trips to the Las Vegas Valley since late May, reviewing over 20 potential ballpark sites. They are expected to release a list of up to four finalist sites sometime after the World Series.

Team officials, including owner John Fisher and team President Dave Kaval, have met with state and local elected officials, resort executives and land owners in their half dozen visits to Las Vegas.

Kaval has been adamant that the team would keep its Las Vegas relocation exploration open as long as Bay Area officials don’t have a binding agreement with the team for a new ballpark at the Port of Oakland’s Howard Terminal.

Kaval wasn’t immediately available for comment on what’s next in the team’s Las Vegas process.

The A’s have been negotiating with Oakland officials over terms in the city’s plan for the Howard Terminal site, a plan that the team does not find satisfactory. During Tuesday’s meeting, Kaval said the two sides are still apart on terms regarding affordable housing, community benefits and infrastructure.

Even with the lingering issues between the A’s and the city, Alameda County Board of Supervisor President Keith Carson, who was the lone opposing vote in their 4-1 approval, said he thought it’s a given that the county will enter into a binding agreement at some point now that it has approved a non-binding agreement.

“Let’s just be honest with each other, once we take a political non-binding position it’s almost impossible for us to take that back,” Carson said during Tuesday’s meeting.