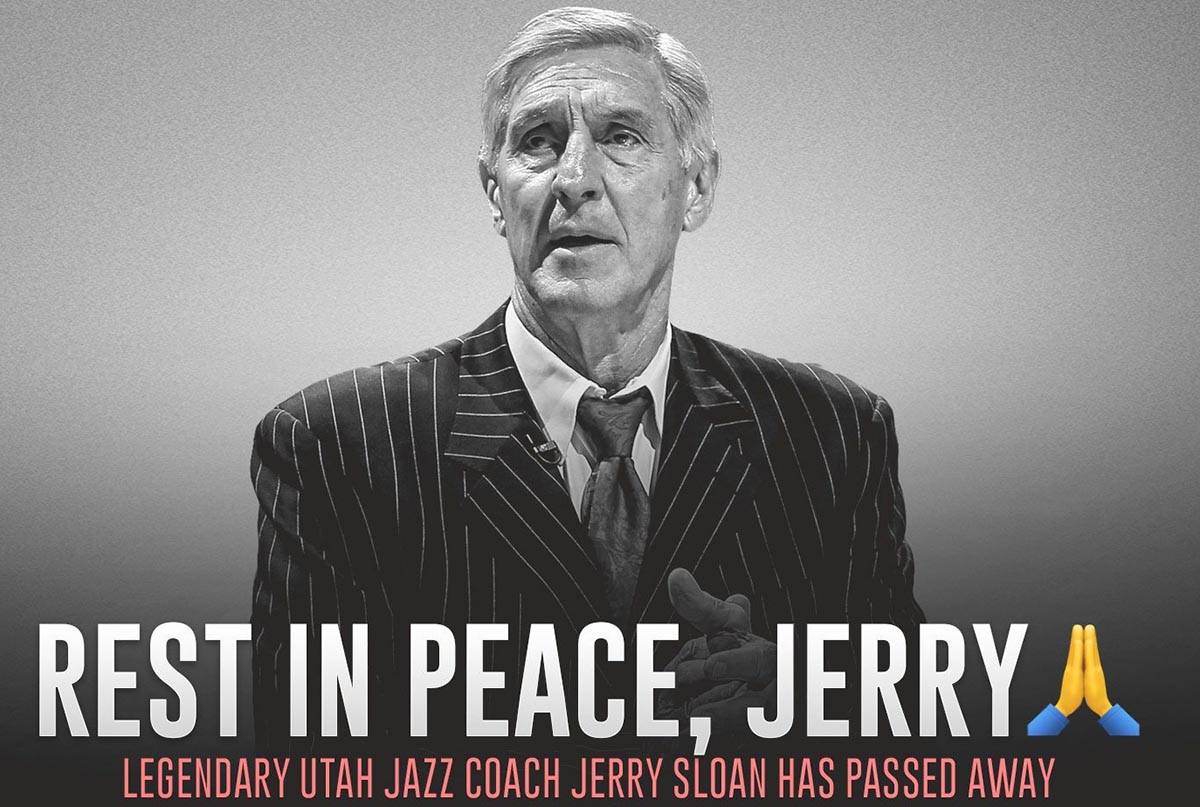 Jerry Sloan, the Hall of Fame coach who was a fixture for decades in Utah and took the Jazz to the NBA Finals in 1997 and 1998, died Friday. He was 78.

The Jazz said he died from complications of Parkinson’s disease and Lewy body dementia. Sloan had been in failing health for many years.

Sloan spent 23 seasons coaching the Jazz. The team — with John Stockton and Karl Malone leading the way in many of those seasons — finished below .500 in only one of those years. Sloan won 1,221 games in his career, the fourth-highest total in NBA history. Only Lenny Wilkens, Don Nelson and Gregg Popovich have more victories.

Our condolences to the Sloan Family and the Utah Jazz franchise 😥 pic.twitter.com/rJxcVrho0K

“It was an honor and a privilege to have one of the greatest and most respected coaches in NBA history coaching our team,” the Miller family, who own the Jazz, said in a statement. “We have appreciated our relationship with Jerry and acknowledge his dedication to and passion for the Utah Jazz.

“He has left an enduring legacy with this franchise and our family. The far-reaching impact of his life has touched our city, state and the world as well as countless players, staff and fans.”

Utah went to the finals twice under Sloan, both times falling to Michael Jordan and the Chicago Bulls.

“I’m not into numbers and stuff like that,” Sloan said when he passed Pat Riley for No. 3 on the NBA’s all-time win list in 2010; Popovich has since surpassed him for that spot. “I never have been. I’ve got a great organization to work for that’s given me an opportunity to stay there for a long time. I’m very thankful for that and the coaches that I have with me. It’s not about me.”

He spent 34 years in the Jazz organization, as head coach, assistant, scout or senior basketball adviser. Sloan started as a scout, was promoted as an assistant under Frank Layden in 1984 and became the sixth coach in franchise history on Dec. 9, 1988, after Layden resigned.

“Like Stockton and Malone as players, Jerry Sloan epitomized the organization,” the Jazz said in a statement. “He will be greatly missed.”

Sloan’s longevity with the Jazz was remarkable. During his time in Utah, there were 245 coaching changes around the league and five teams — Charlotte, Memphis, Toronto, Orlando and Minnesota — did not even exist when he took the helm with the Jazz.

He also was the coach in Chicago for parts of three seasons, going 94-121. But his ties with the Bulls were much deeper. His No. 4 jersey was retired by the team after a playing career in which he averaged 14.0 points, 7.5 rebounds and 2.5 assists in 755 games over 11 NBA seasons.

They even called him “The Original Bull” because he was selected in the 1966 expansion draft and became a two-time All-Star known for his toughness and grit. He remains the only NBA player to average more than seven rebounds and more than two steals a game in his career.

“Jerry was the face of the Bulls organization from its inception through the mid-1970s, and very appropriately, his uniform No. 4 was the first jersey retired by the team,” Bulls chairman Jerry Reinsdorf said Friday. “A great player and a Hall of Fame NBA coach, most importantly, Jerry was a great person.”