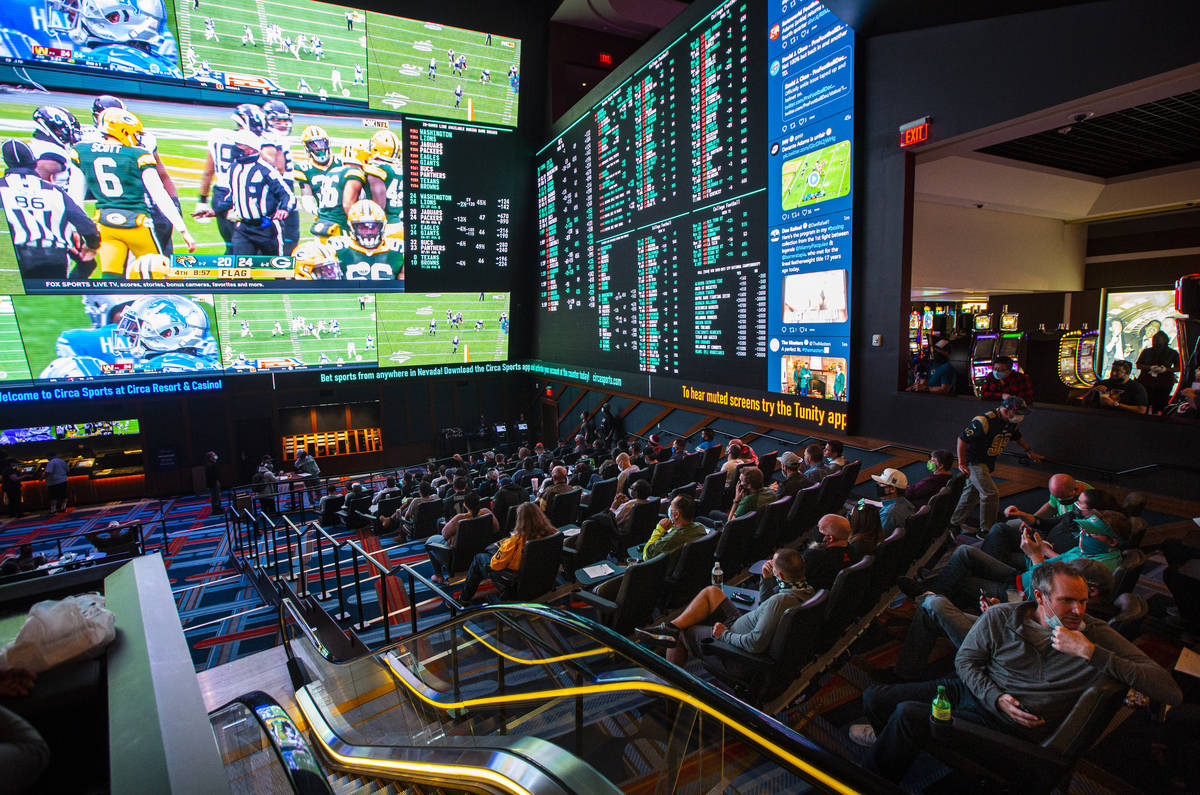 Circa Sports has guaranteed $10 million in prize money for its two $1,000-entry NFL handicapping contests.

Less than two weeks before the registration deadline, the sportsbook faces a $5.8 million overlay.

“With the way we believe we are pacing, we think we are a good favorite to reach the Circa Million III guarantee and a pretty decent-sized (underdog) to hit the Circa Survivor guarantee,” Circa sportsbook operations manager Jeff Benson said. “As a gambler looking for positive expected value, I’d be all over trying to get as many entries into the Circa Survivor as possible.”

There are a maximum of three entries for Million and six for Survivor. Registration ends at 2 p.m. Sept. 11.

In the Million, contestants pick five NFL sides against the spread each week during the 18-week regular season.

In Survivor, entrants pick a different NFL winner straight up each week, with no point spreads involved. Lose or tie a game and you’re out. The last entry standing wins $6 million.

William Hill’s College Pick’em football contest also features an enticing overlay for bettors. The contest, which has an entry fee of $1,000 (up from $500 last year), needs 1,000 entries to meet its $1 million guarantee. There were 110 entries Monday, leaving the book facing an $890,000 overlay.

Each player picks eight college football games ATS from a designated menu for 10 weeks, starting Sept. 11 and ending Nov. 13. First place is guaranteed $500,000. Each player can have up to five entries, and the registration deadline is 8 a.m. Sept. 11.

“As of this point, it looks like a potential overlay, but people always wait until the last minute to get in a contest,” Caesars Sports vice president of trading Nick Bogdanovich said.

The Westgate SuperBook had 1,130 entries Monday for the SuperContest, in which contestants pick five weekly NFL sides ATS during the 18-week regular season. The contest, which has an entry fee of $1,000 (down from $1,500 last year), features $1.1 million in guaranteed prize money for six in-season contests, in addition to the season-long prize pool.

There are also 43 contestants in the $5,000-entry, winner-take-all SuperContest Gold and 68 in the $500-entry SuperContest Reboot, which covers weeks 10 to 18 of the NFL season.

The Westgate also has 60 entries in its $200-entry NFL season wins contest. Contestants select over or under a regular-season win total for all 32 teams from a designated selection sheet. The most correct wins pockets 50 percent of the pool, and the top five places are paid. The deadline to enter is 5 p.m. Sept. 9.

“You have action on every game all year long,” SuperBook vice president Jay Kornegay said.