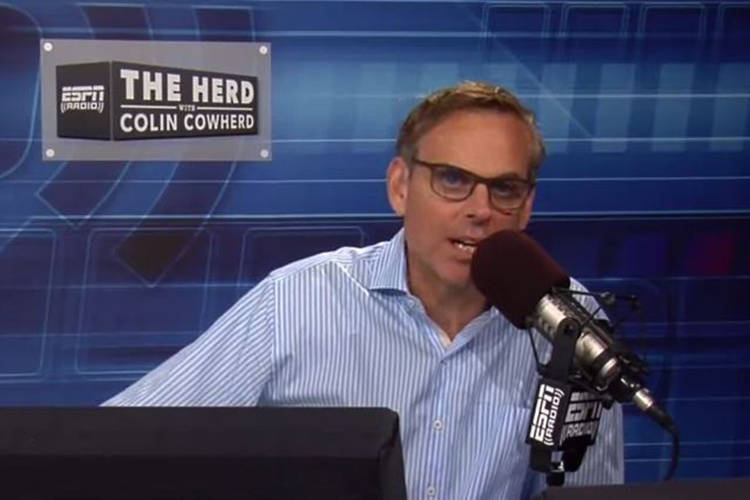 The Herd might be coming back to Las Vegas.

Colin Cowherd, the host of “The Herd with Colin Cowherd” on Fox Sports Radio and FS1, began his broadcasting career as sports director of Las Vegas TV station KVBC.

On Thursday, Cowherd posted on Twitter a graphic of his new restaurant, “Colin Cowherd’s The Herd: Burgers, Bets & Brews” below a post that reads, “Coming to a sportsbook near you. First one opens in October. In partnership w the Zislis food group.”

Asked “Where?” by South Point sportsbook director Chris Andrews, Cowherd — who lives in Manhattan Beach, California — replied, “First store is HOME store. 12 min from my house. then we open them in sportsbooks across the country. Have a couple lined up. Can’t announce. Thanks for inquiring.”

According to a June story in The Beach Reporter, Colin Cowherd’s Herd Burger restaurant will open in a brewery and food hall titled The Brews Hall in Torrance, California, alongside actor George Lopez’s Chingon Kitchen and other establishments.