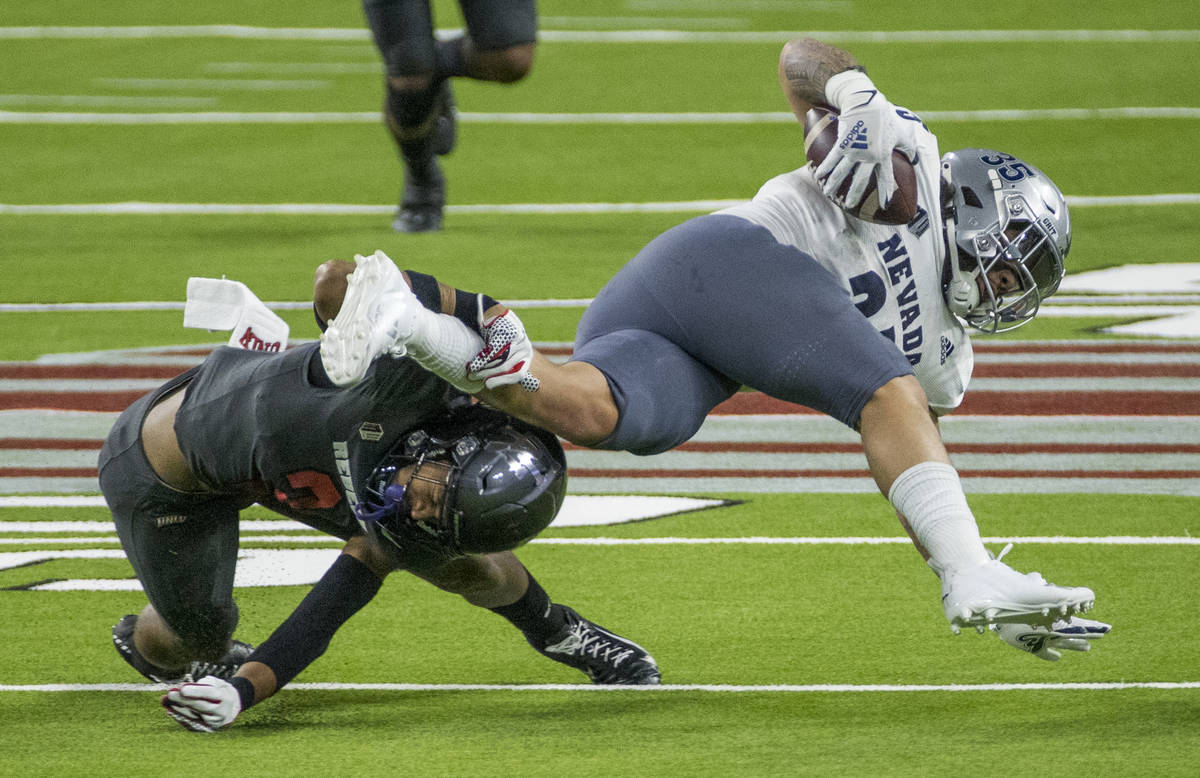 UNR Wolf Pack running back Toa Taua (35) is taken down by UNLV Rebels defensive back Dominic Brown (2) during the first half of their NCAA football game at Allegiant Stadium on Saturday, Oct. 31, 2020, in Las Vegas. (L.E. Baskow/Las Vegas Review-Journal) @Left_Eye_Images 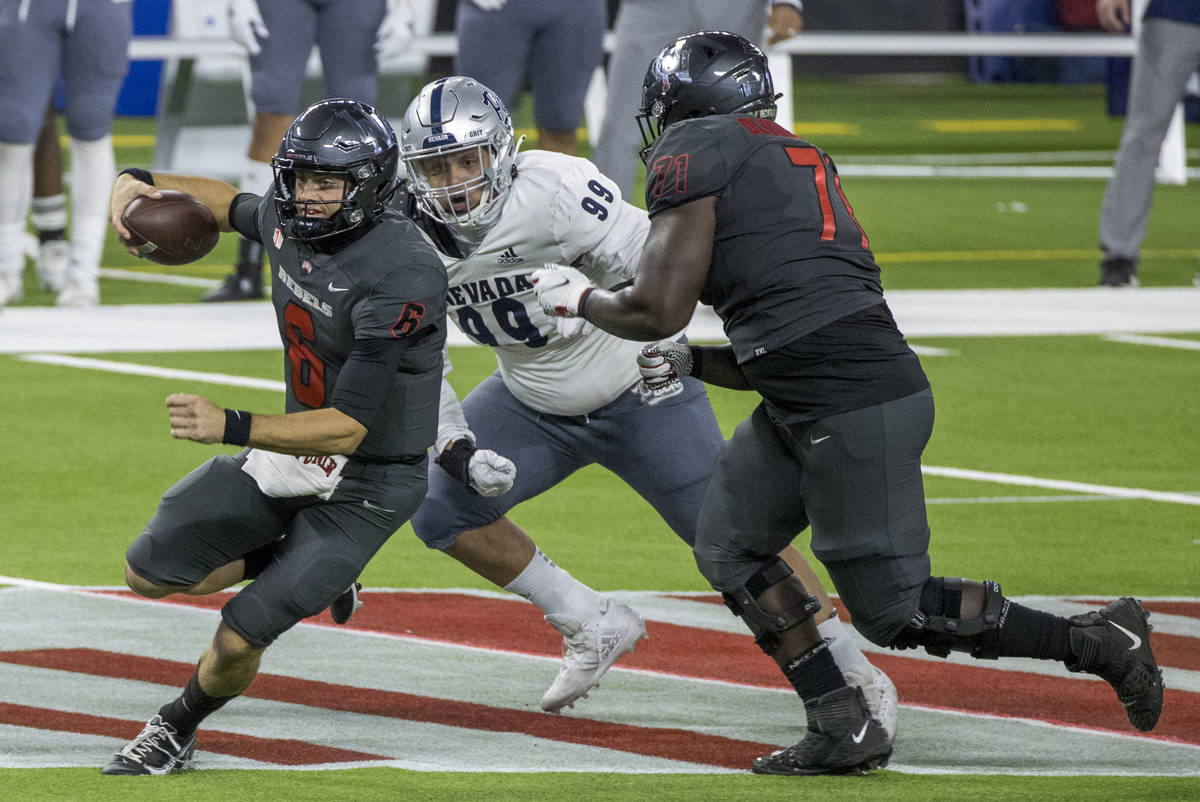 UNLV Rebels quarterback Max Gilliam (6) looks for daylight as he runs past the Nevada Wolf Pack defense during the first half of their NCAA football game at Allegiant Stadium on Saturday, Oct. 31, 2020, in Las Vegas. L.E. Baskow/Las Vegas Review-Journal) @Left_Eye_Images

Utah State at UNR (-17½): The Aggies are 4-8 against the spread in their last 12 games. The Wolf Pack are on a 6-2 spread run in their last eight conference home games. Edge: UNR.

Boston College (-14) at Syracuse: The road team has covered the last four games in the series. Syracuse is 3-7 ATS in its last 10 home games. The Eagles are 13-5 ATS in their past 18 road games and 4-2 in their last six games as road favorites. Edge: Boston College.

Rutgers at Ohio State (-38): The Buckeyes have covered six of their last seven home games. Ohio State has scored 49 or more points in its last six games against Rutgers, covering five of the six. Edge: Ohio State.

Maryland at Penn State (-25): Penn State has won and covered against Maryland the last four seasons and outscored the Terrapins 163-6 the last three meetings. Penn State is on an 0-6 spread skid at home. Edge: Penn State.

Arizona at Utah (-14): The Utes have won and covered the last four meetings. Arizona is 4-7 ATS in its past 11 road games and was 3-9 ATS last season. Utah covered all five conference home games last season. Edge: Utah.

Washington at California (-1½): Cal has straight-up upsets the past two seasons against Washington. Edge: California

Texas Tech at Texas Christian (-9): The Horned Frogs are on a 5-16-1 spread skid as home favorites. The Red Raiders have covered four of the last five games in the series. Edge: Texas Tech.

Nebraska at Northwestern (-3½): Before beating Maryland, the Wildcats were 2-5 ATS in their previous seven conference home games. The road team has covered seven consecutive games in the series. Edge: Nebraska.

Tennessee (-2) at Arkansas: The Razorbacks are 5-0 ATS this season. The Volunteers have lost and failed to cover three in a row after an eight-game straight-up win streak. Edge: Arkansas.