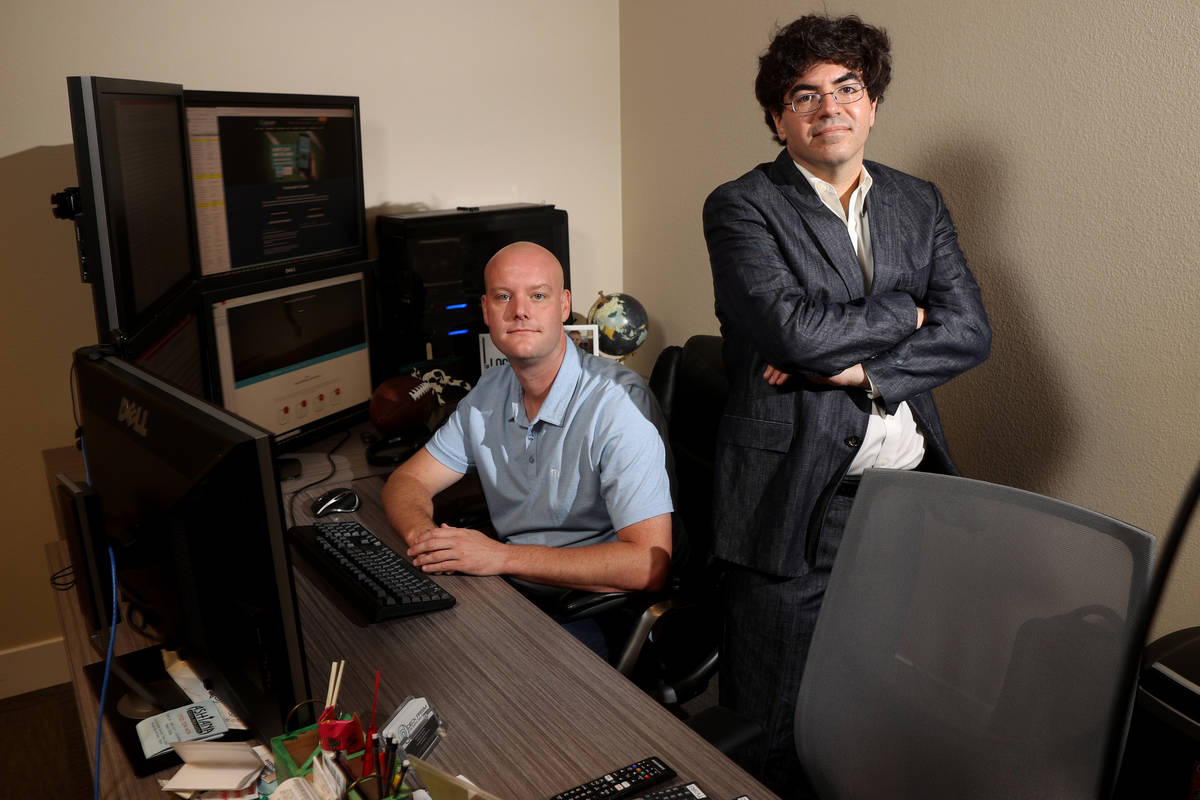 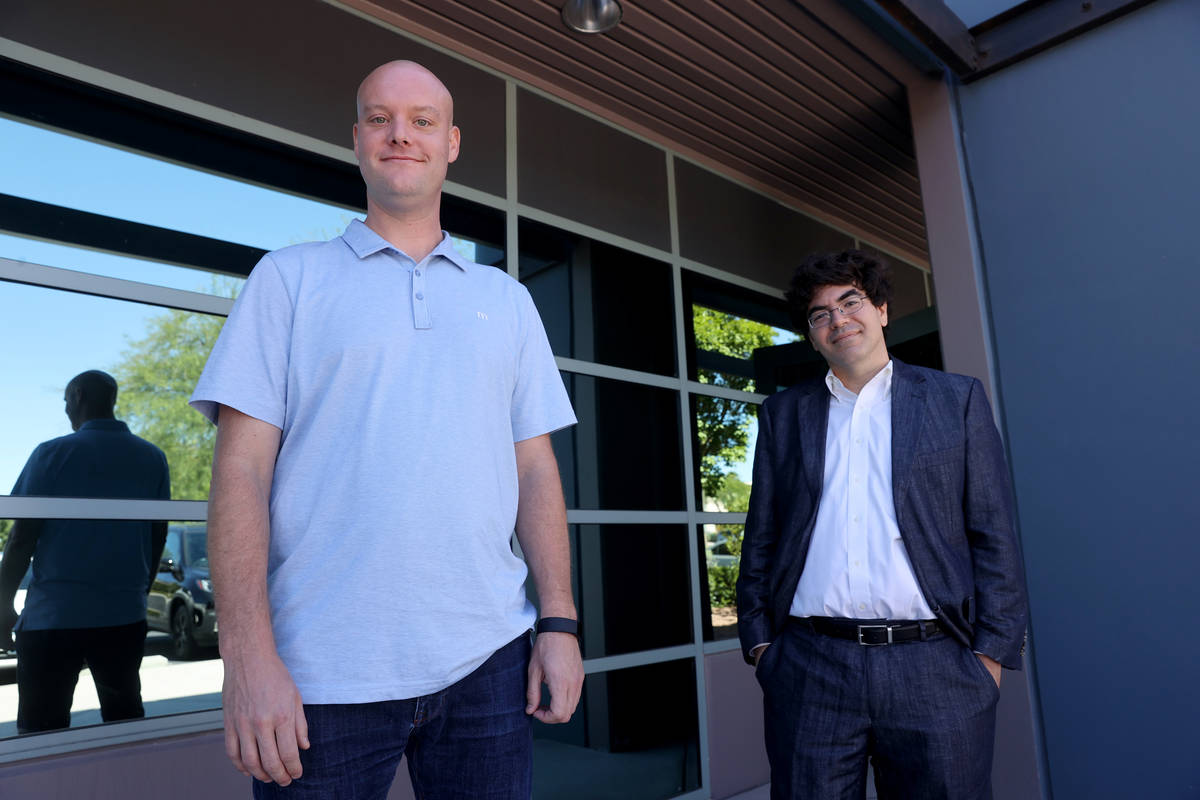 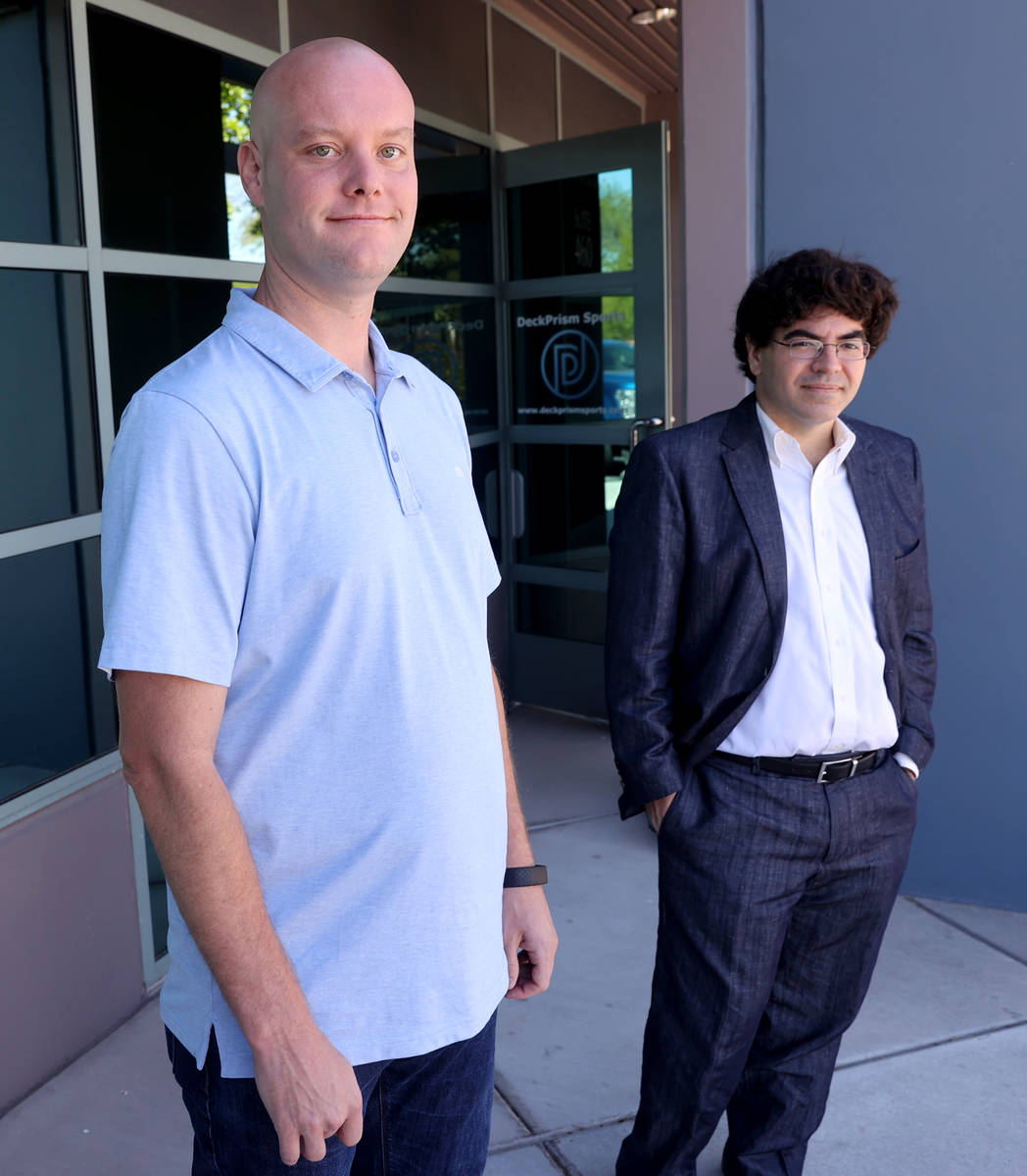 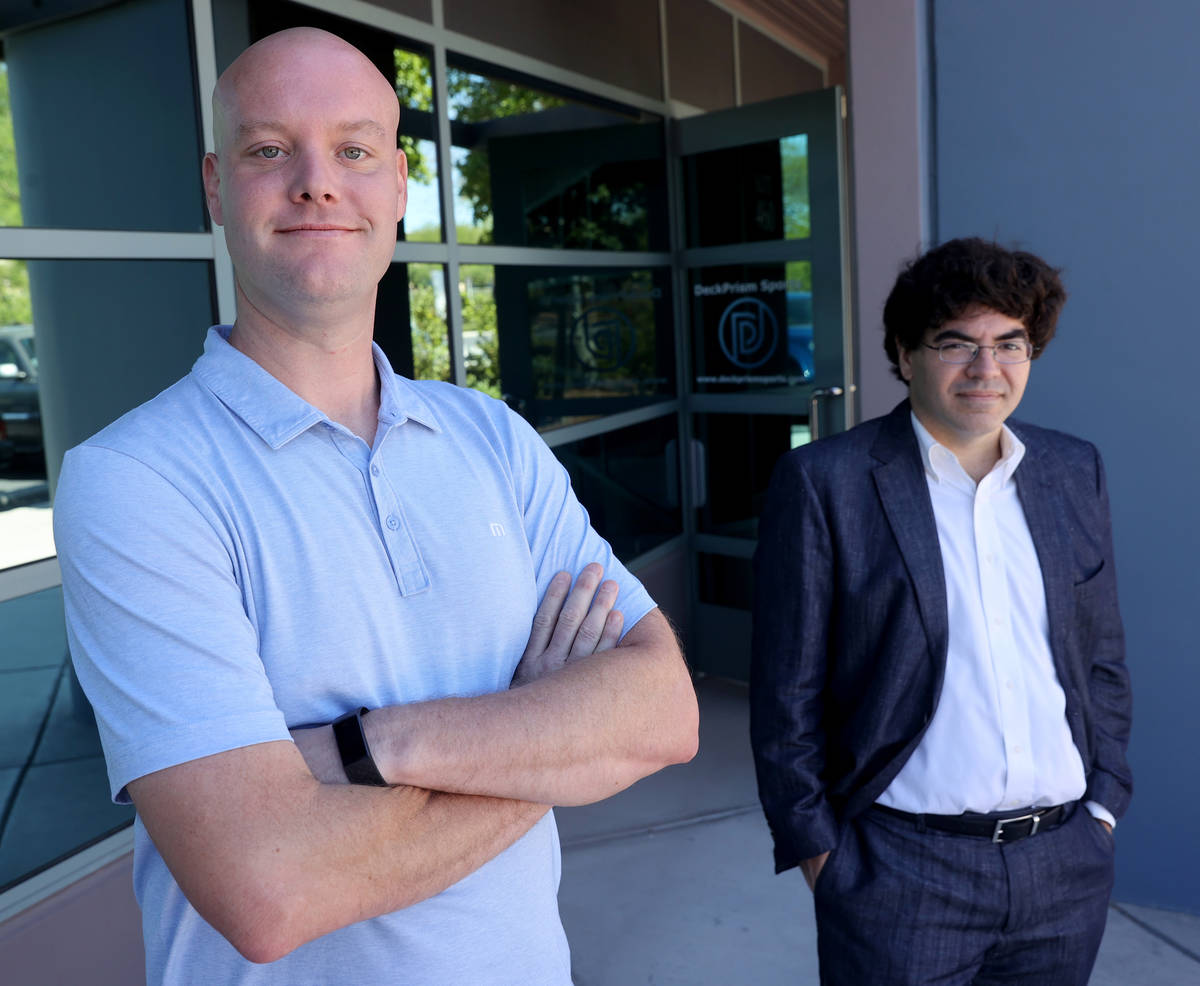 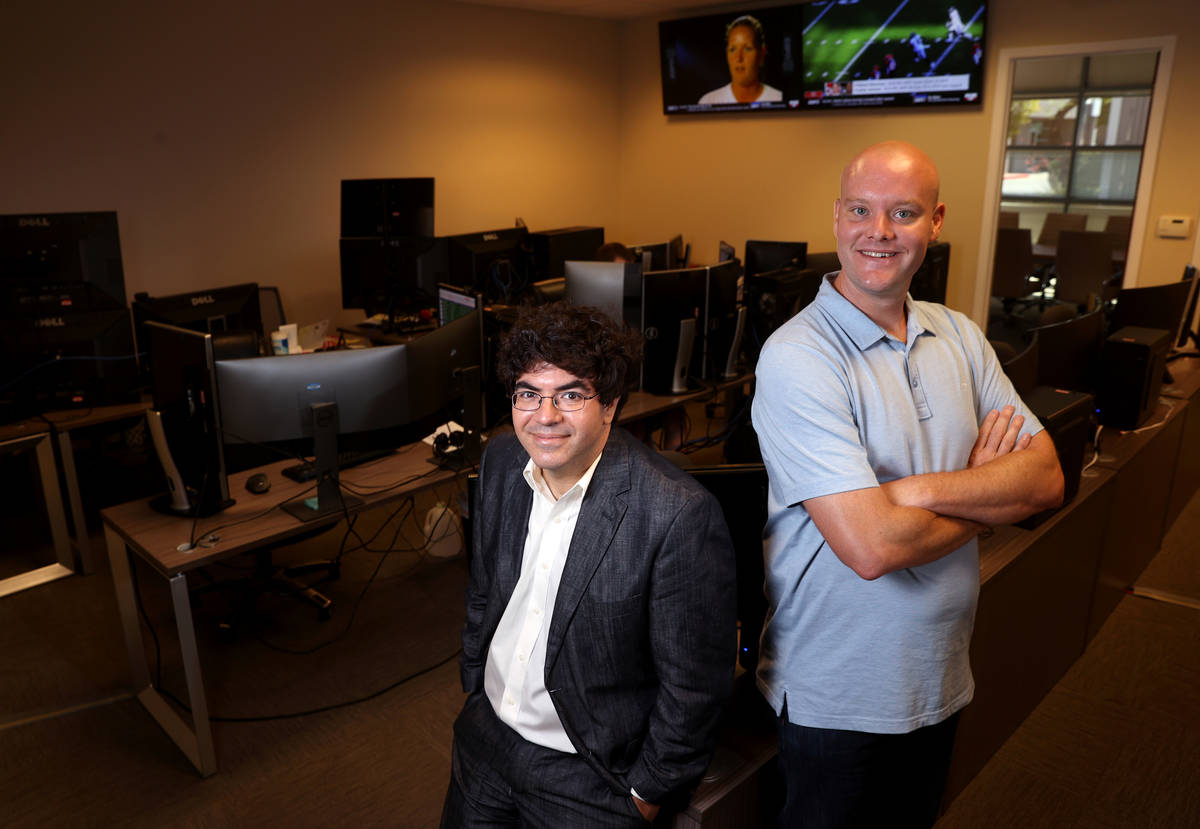 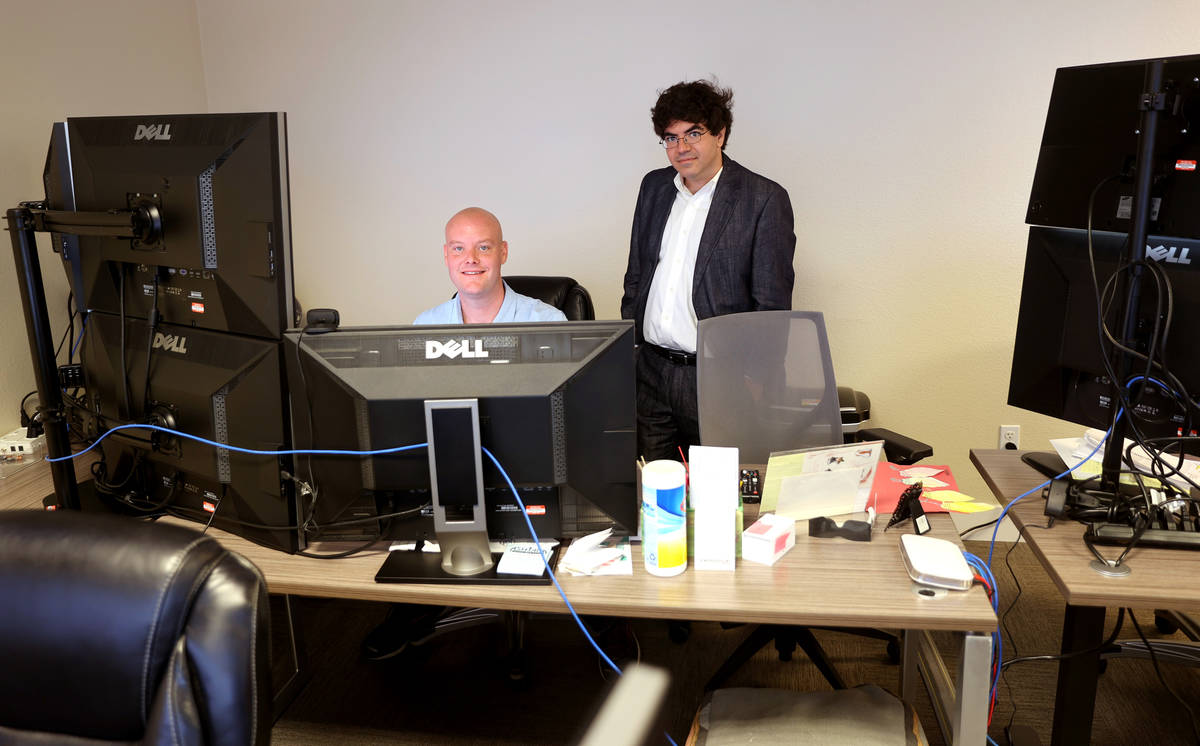 Deck Prism Sports wants to take the spinning wheel out of betting.

No delays, no rejections, no changing odds as bettors try to punch in their wagers on an app.

The sports betting startup based in Henderson says it has the technology to make that happen. It is already working with one foreign sportsbook and is poised to operate in Colorado. Nevada is not in the company’s short-term plans but could be a reality down the road.

Co-founders Ed Miller and Matthew Davidow, the authors of the much-praised “The Logic of Sports Betting,” said Deck Prism offers full sportsbook services, but its competitive advantage is in a strong in-play betting product that doesn’t leave bettors in limbo for several seconds after they place their bets.

“The delays are terrible for everybody,” Miller said. “The delays are bad for the bettors because basically it’s giving the operator an extra eight seconds to decide if they want your bet or not. … It’s never going to be truly fair to the bettor to have a delay on a bet.”

But, he added, “it’s also bad for the operator on the other hand to have the delay, because what are they doing? They’re rejecting bets. That’s just terrible business.”

In their book, Miller and Davidow detail the problems sportsbooks have in offering in-play betting. They can just flat-out post a mistaken line by inputting bad information, such as a wrong score, or miss key information about the game, such as an injury or pitching change. It’s also possible that their in-play algorithm just isn’t good enough, Miller and Davidow say.

The delay helps to limit mistakes, but that’s something Davidow finds a little galling.

“It’s easy to win if you get 10 seconds after the bet is placed to decide if you want it or not,” he said. “If you have 10 seconds, you catch every single error. Does the bettor have 10 seconds to take their bet back?”

Las Vegas sportsbooks use different processes for their in-play odds, but they all acknowledge the difficulty of producing accurate lines on the fly.

Circa Sports does its in-play betting by hand, with highly experienced traders making the numbers while keeping an eye on the larger market.

“We don’t have a formula or an algorithm,” sportsbook manager Chris Bennett said.

Pregame lines will always be stronger for sportsbooks because of all the extra time to gather information, he said.

“Once something has been sitting out there for many hours, you can have a lot more confidence,” Bennett said.

William Hill relies on an algorithm from its home office in the United Kingdom, then the sportsbook has a separate team of 11 traders at its Las Vegas office who only handle in-play betting, sportsbook director Nick Bogdanovich said.

“It’s a part of the business that’s rather plump and growing,” he said.

Bogdanovich estimates that in-play wagering has gone from about 5 percent of the sportsbook’s handle to 20 to 30 percent.

He agreed that it is harder to make numbers in-game but that some sports with built-in pauses, such as baseball, were more conducive to live betting.

Miller and Davidow came to Las Vegas in the early 2000s to play poker during its boom. Miller is the author of several poker books; “The Logic of Sports Betting,” released last year, was Davidow’s first.

They began communicating regularly five years ago when they got interested in daily fantasy sports and later transitioned to traditional sports betting. They started Deck Prism two years ago, and the staff has since grown to 18 people, Davidow said.

It’s difficult for Miller and Davidow to explain why their process is better without giving the store away, but a major component is building a better model that can calculate odds for any game situation, including late in games when many sportsbooks take live odds off the board.

“The ends of games are difficult, and the models just don’t do a very good job,” Miller said. “Therefore the operators don’t put up very good prices, and what that causes the industry to do is they just stop offering (odds).

“But that’s when people want to bet. That’s when the game gets exciting is at the end of the game, and they have to pull their product off the board because it’s not good enough.”

Davidow sees the industry continuing to grow as more states legalize betting, but the industry’s long-term future will be decided by its product and the experience it creates for bettors.

If Deck Prism has its way, giving bettors the wager they want without a delay will be a start.