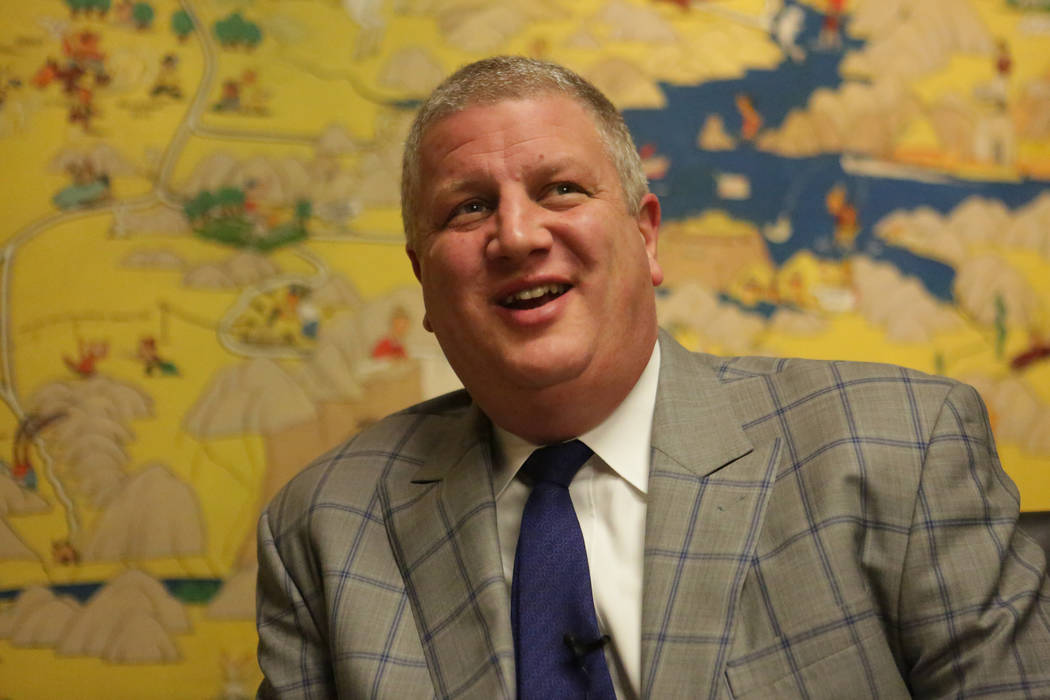 Derek Stevens made futures bets to win $1 million on Michigan to capture the NCAA men’s basketball title in 2018 and on Michigan State to do the same in 2015.

When the Las Vegas casino owner officially launches his Circa Sports betting brand June 1 at the Golden Gate sportsbook, he’ll guarantee a $1 million payout to the winner of the inaugural Circa Sports Million Pro Football Contest.

Registration for the NFL handicapping contest will run from June 1 to Sept. 7 at the Golden Gate. The entry fee is $1,000, and players will pick five weekly NFL sides against the spread throughout the 2019 regular season.

Regardless of the number of entries, the contest will feature a guaranteed prize pool of $1.5 million, with $1 million to the winner and the top 10 places paid.

“The whole thing was born out of Derek making these big bets the past few years,” Golden Gate sportsbook director Matthew Metcalf said. “He really likes the idea of someone having the chance to win $1 million. He experienced that firsthand and how exciting it was, and he wanted someone else to have that.”

Players will be able to submit their weekly picks on the Circa Sports app, and the contest will pay back 100 percent of the entry fees.

“One of the biggest things I’m really excited about is there’s no rake on this contest,” said Metcalf, who previously worked for the Westgate sportsbook. “We’re paying back everything plus what we’re putting in ourselves.”

“You could start 0-20, in theory, and still win the three quarterly prizes,” Metcalf said. “People will always have something to play for.”

If the entries top 1,500 — which would account for the entire $1.5 million prize pool — the excess money will be split four ways and paid out in the quarterly prizes.

The winner also will be awarded a custom-made blazer.

Circa Sports will celebrate its official launch by offering a “no juice prop” on sides being played June 1: 15 baseball games, Game 3 of the Stanley Cup Final and the Champions League Final.

For example, rather than having a minus 160 favorite and plus 145 underdog in baseball, Metcalf said the line might be minus 152 and plus 152.

“We’re basically giving away our theoretical edge for one day,” he said. “There will be a limit of one bet per person per game.”

Circa Sports plans to open a satellite book at D Las Vegas on June 19, with Stevens’ 44-story, 777-room Circa hotel-casino scheduled to open in December 2020 in downtown Las Vegas.