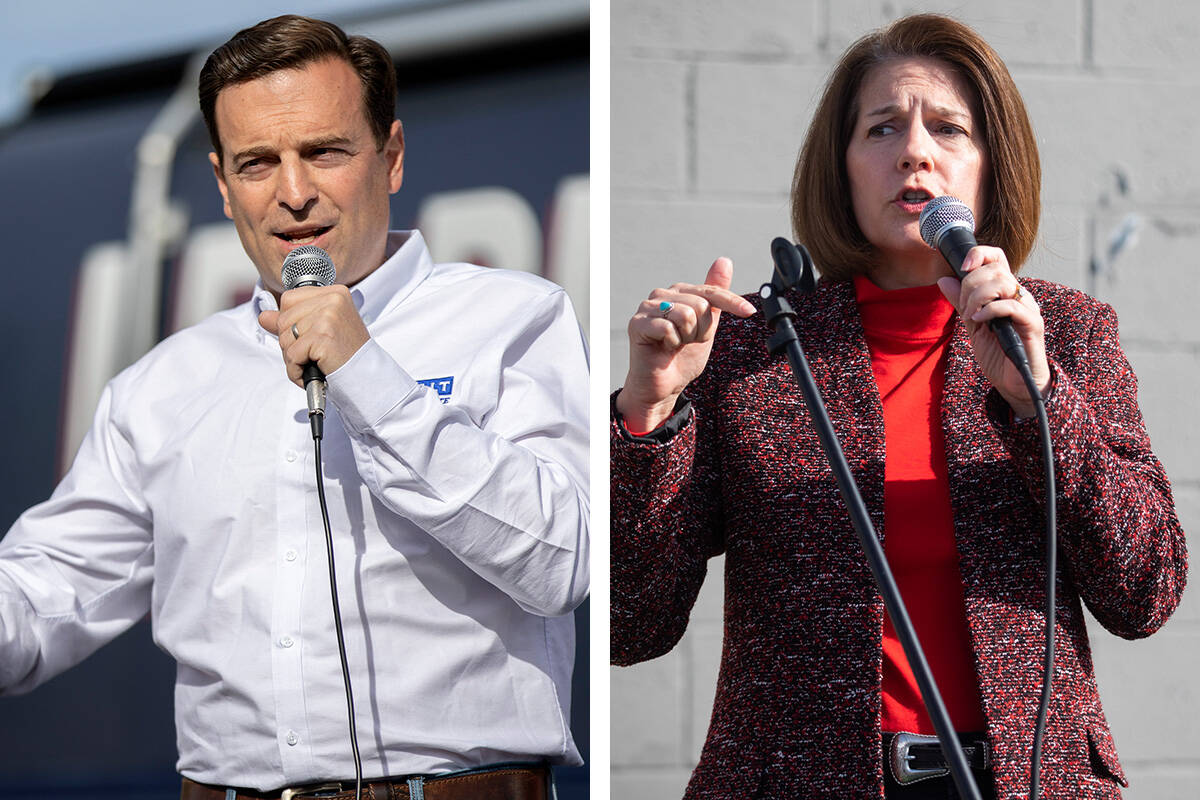 In one of the closest U.S Senate races in the country, Republican challenger Adam Laxalt, left, is a -225 favorite at BetOnline over incumbent Democrat Sen. Catherine Cortez Masto (+160). (Las Vegas Review-Journal/File) 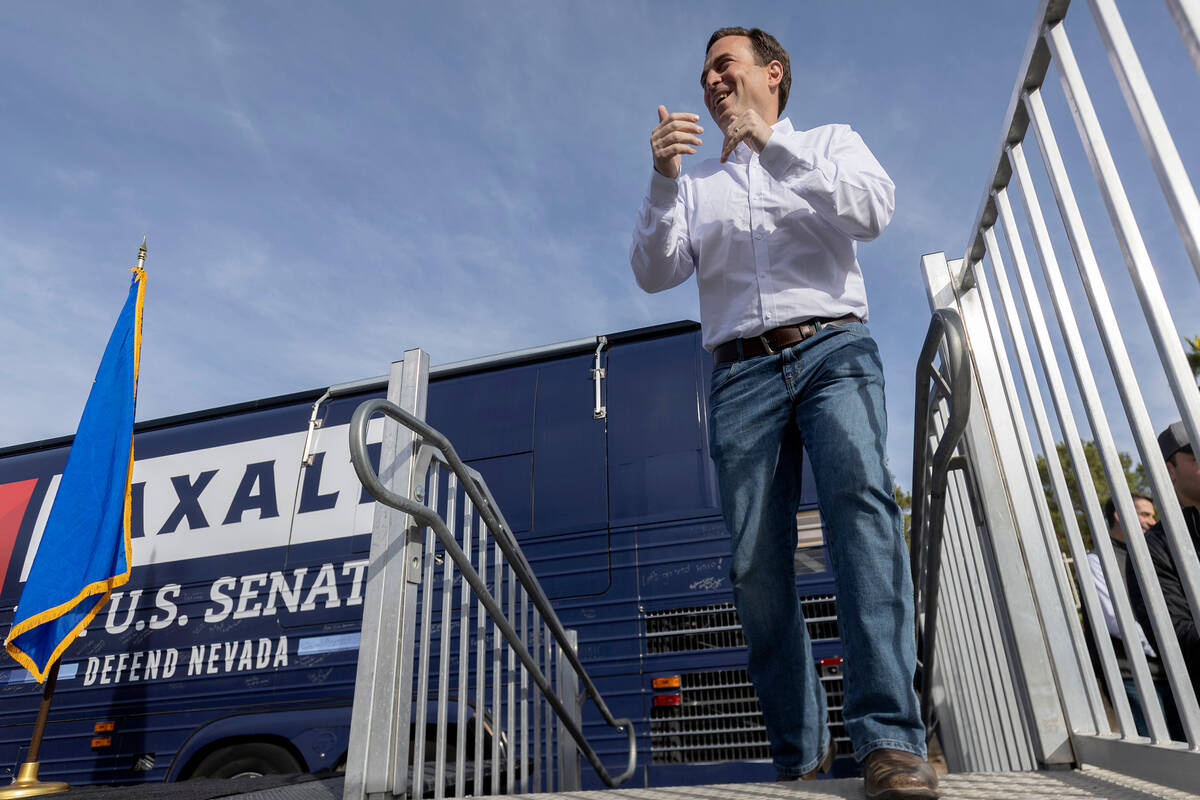 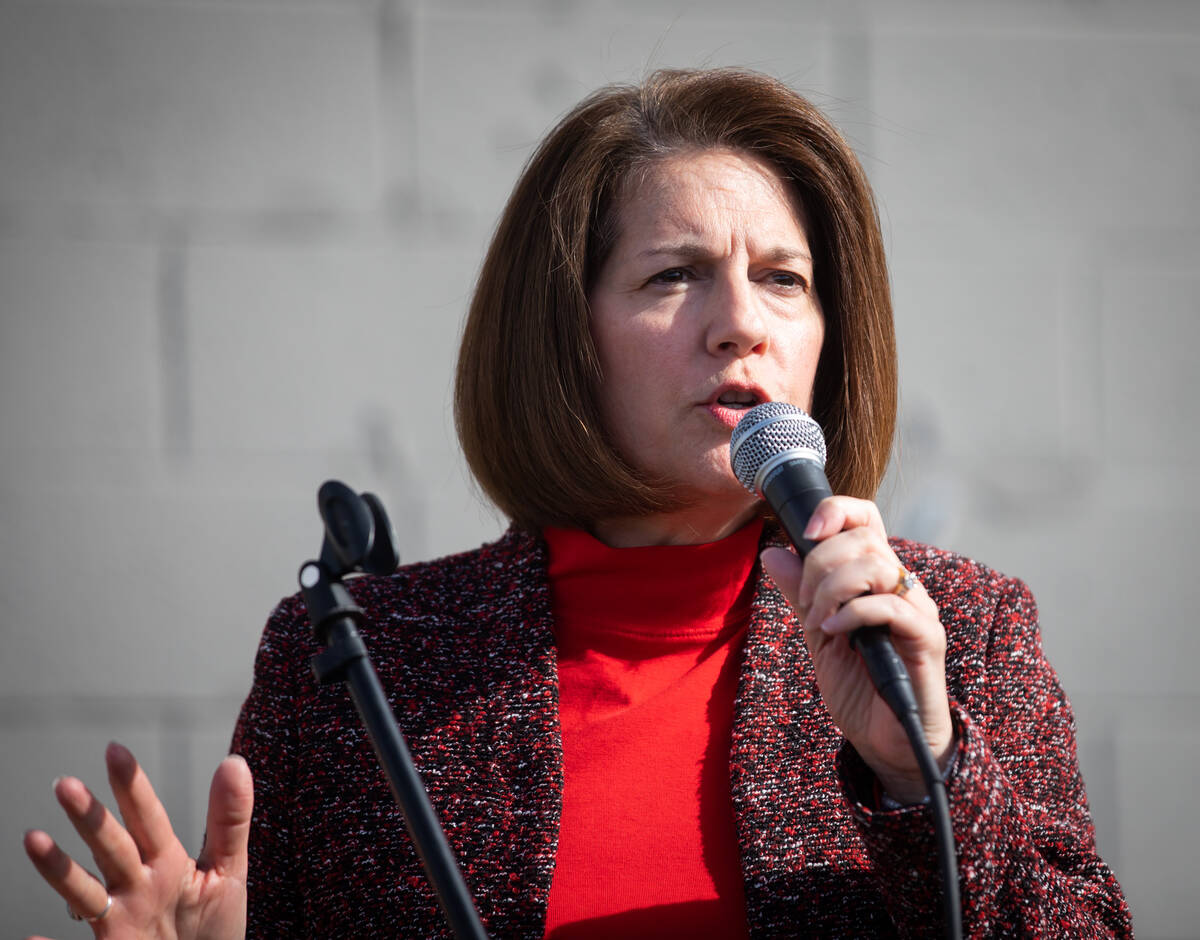 Betting on elections isn’t allowed at U.S. sportsbooks. But on Election Day, here’s a quick glance at the betting odds at United Kingdom and offshore books on the Nevada Senate and governor races.

In one of the closest U.S. Senate races in the country, Republican challenger Adam Laxalt is a -225 favorite at BetOnline over incumbent Democrat Sen. Catherine Cortez Masto (+160).

At London-based Betfair sportsbook, Republicans are -250 favorites to win the Nevada Senate race and Democrats are +175.

In the race for governor, Clark County Sheriff Joe Lombardo, the Republican nominee, is a -300 favorite at BetOnline over Democratic Gov. Steve Sisolak (+200). Lombardo was as high as -400.

The Republicans are massive -4,999 favorites at Betfair to take control of the House of Representatives. Bettors have to wager $4,999 to win $100.