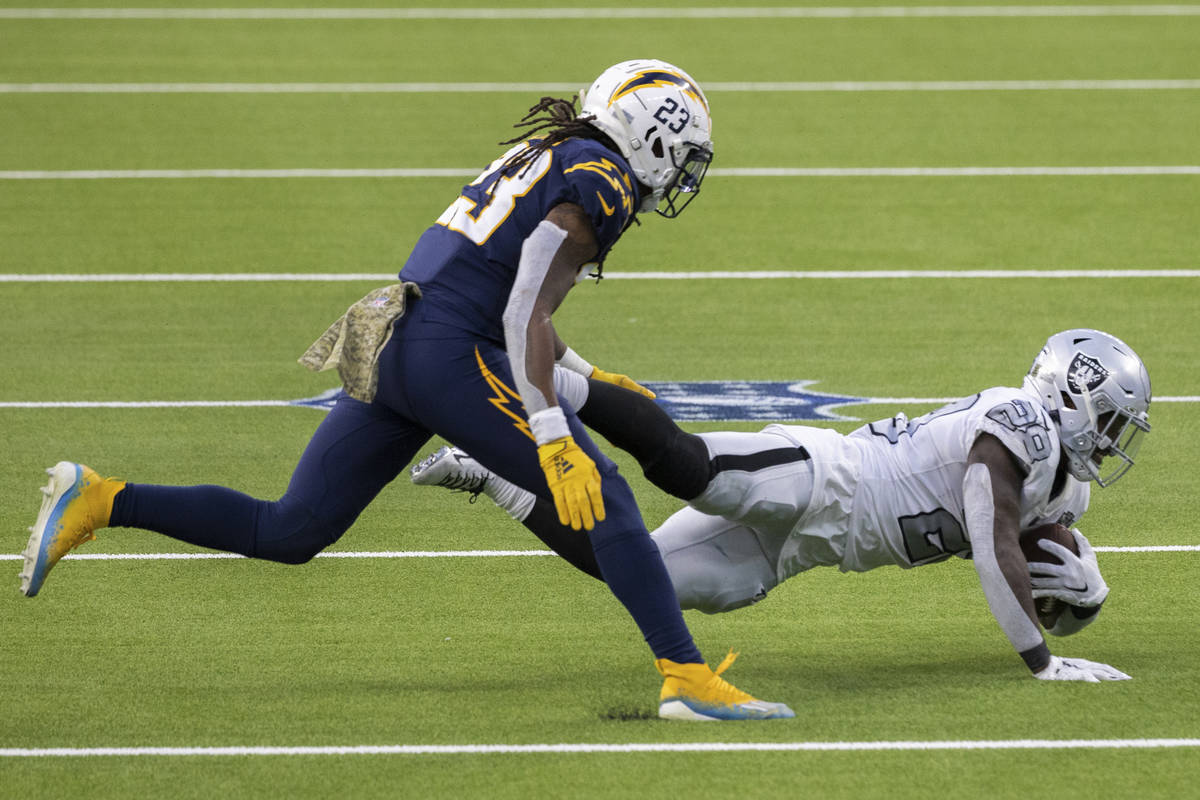 Sharp bettors are on both sides of Thursday’s game between the Los Angeles Chargers and Raiders at Allegiant Stadium, all driven by whether the spread is 3 or 3½.

South Point sportsbook director Chris Andrews said he has seen sharp bettors lay 3 points with the Raiders and take 3½ with the Chargers.

The consensus line was Raiders -3½ at Las Vegas sportsbooks Thursday afternoon after being -3 on Wednesday. The total is down to 51½ after opening as high as 55. The Westgate, William Hill and the Wynn are at 52.

Westgate sportsbook director John Murray said Wednesday that most of the money was on the Raiders, “but the sharps are very happy to take 3½ when it’s available.”

The Raiders (7-6) are fighting for their playoff lives after losing three of four, including Sunday’s 44-27 home loss to Indianapolis. The Raiders sit ninth in the conference with seven playoff berths available.

The Chargers (4-9) broke a two-game losing streak with a 20-17 win Sunday over Atlanta.

The Raiders beat the Chargers 31-26 on Nov. 8 in Los Angeles when tight end Donald Parham Jr. couldn’t hang on to the apparent game-winning touchdown on the final play.