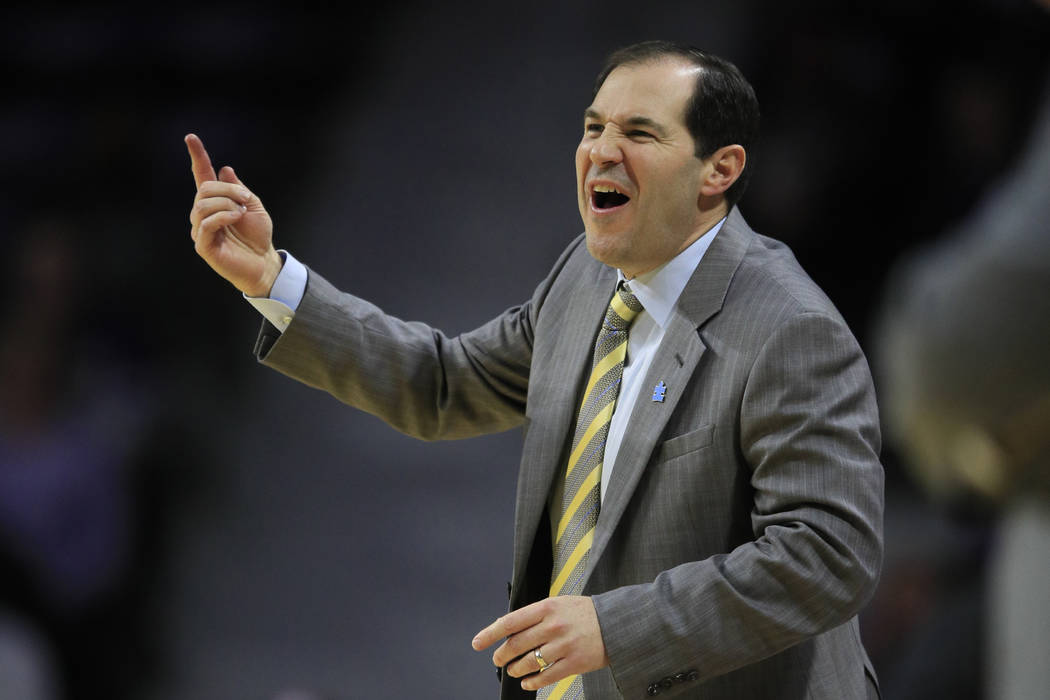 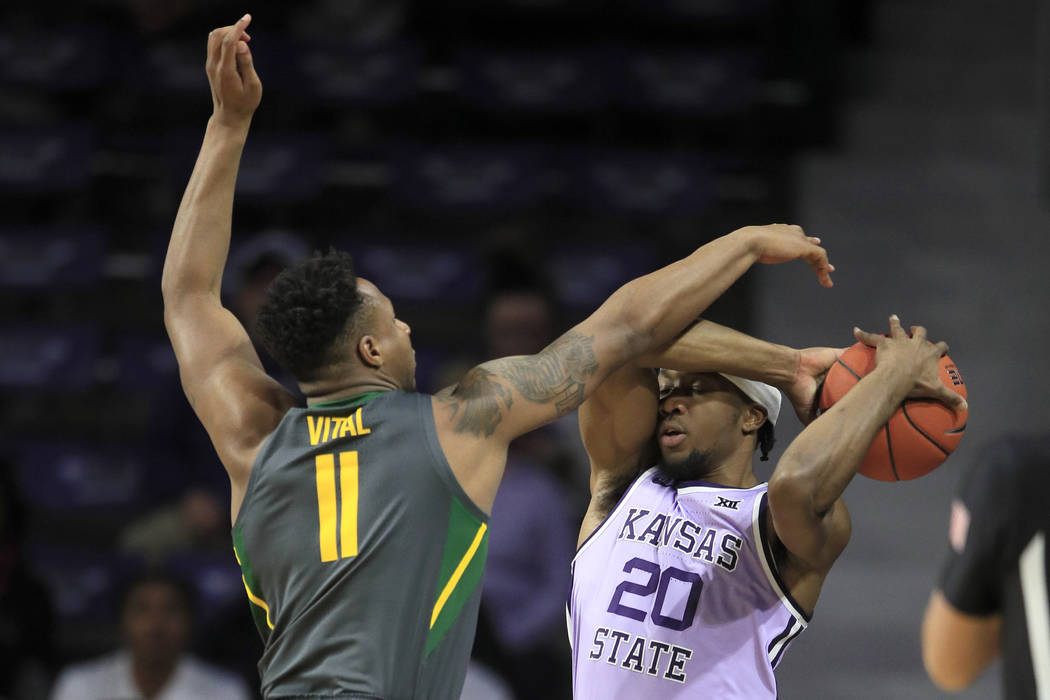 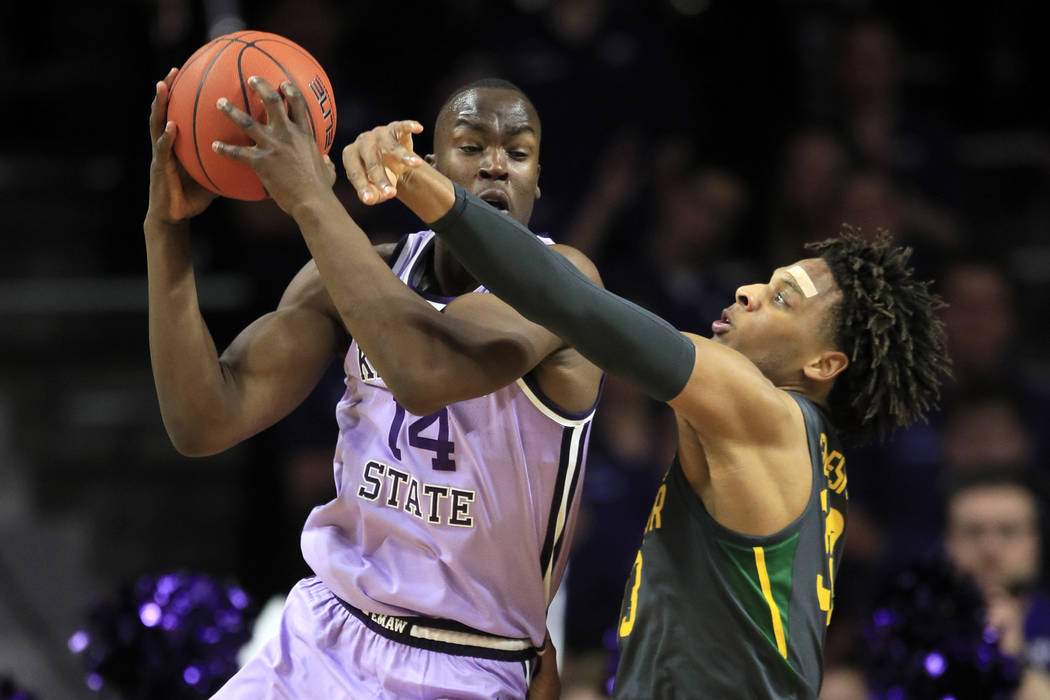 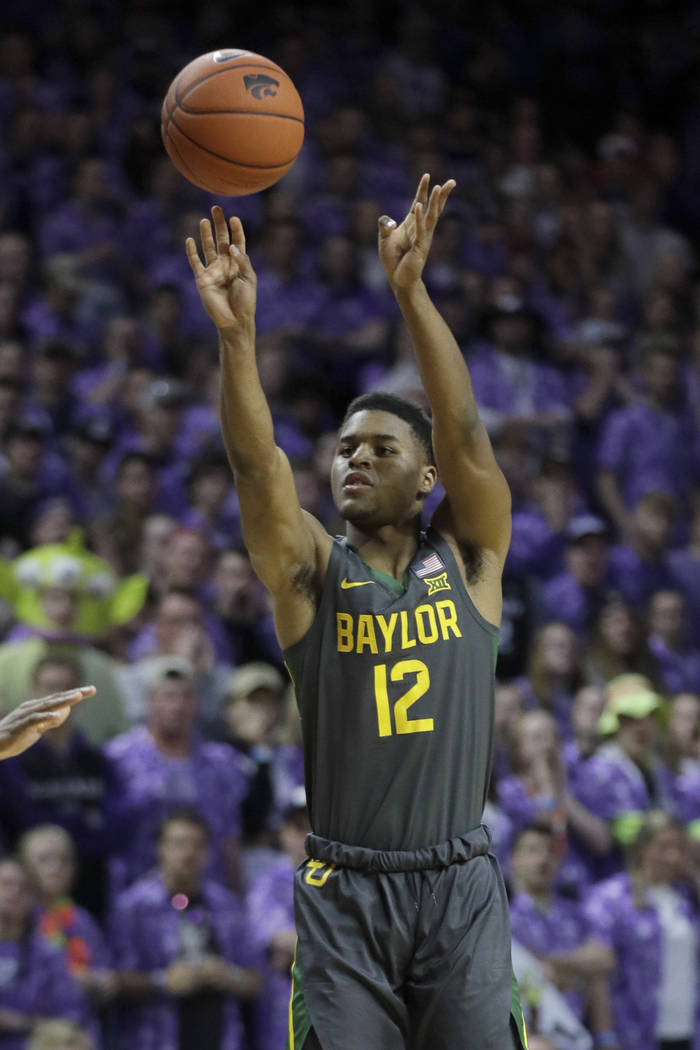 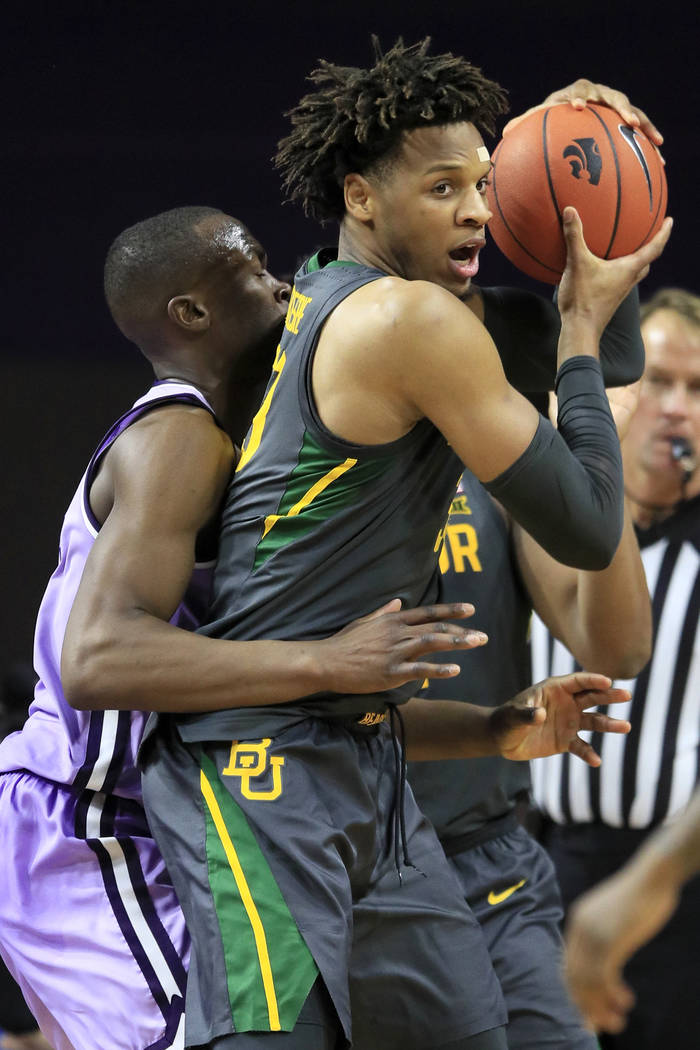 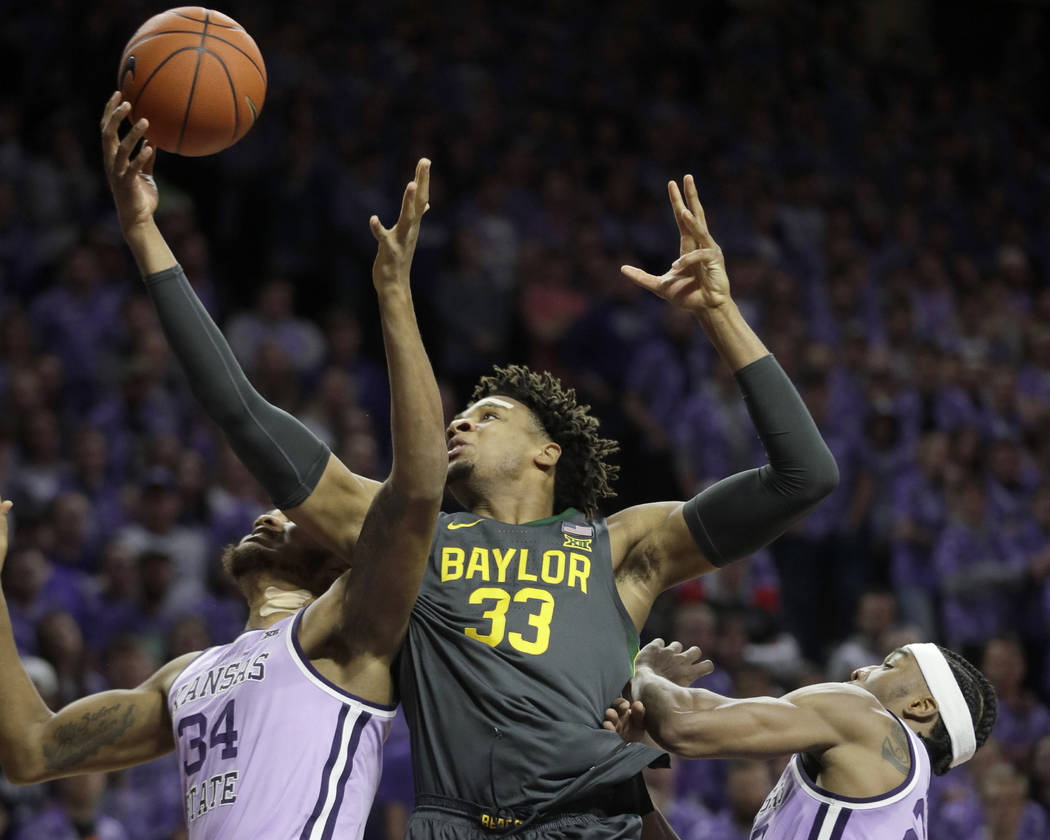 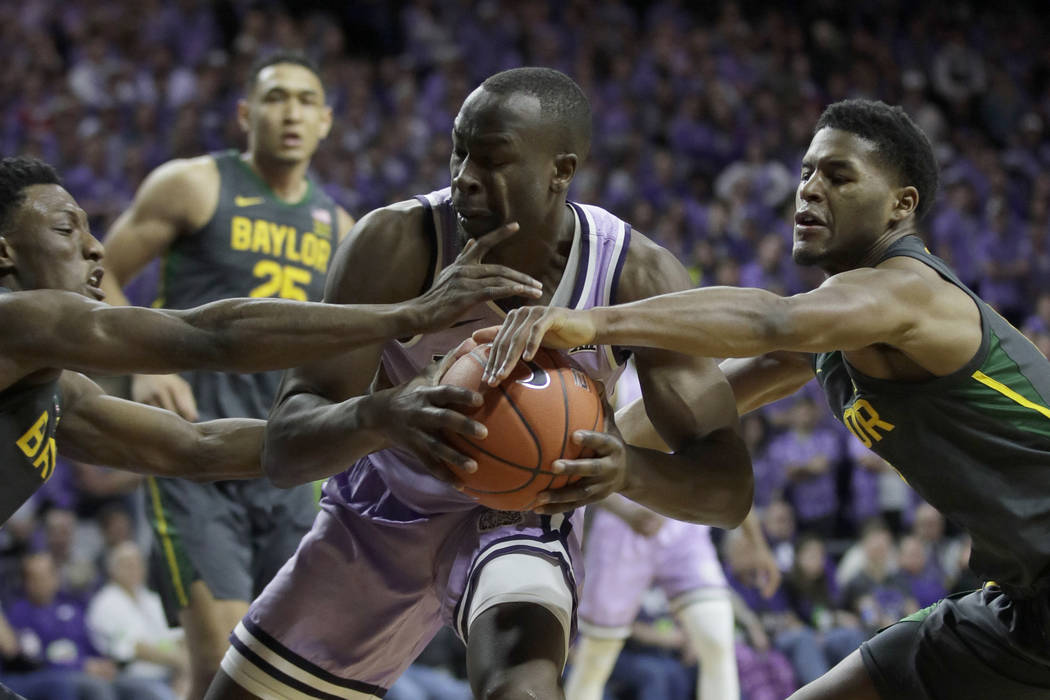 This college basketball season has felt just a little … off.

Kansas and Duke still lead the respected kenpom.com power ratings, but the next names after those blue bloods aren’t necessarily the usual suspects: Baylor, San Diego State, Gonzaga, Dayton and West Virginia. All perennial NCAA Tournament teams, but none has won a national title and only Gonzaga (2017) and West Virginia (2010) have made the Final Four since 1967.

Defending national champion Virginia is a bubble team with no offense. North Carolina has gone from No. 9 in the preseason AP poll to likely to miss the postseason at 10-12. San Diego State didn’t receive any votes in the preseason poll but is 23-0 and up to No. 4.

Five teams held the No. 1 ranking in The Associated Press Top 25 in the first seven weeks, all among the usual suspects — Michigan State, Kentucky, Duke, Louisville, then Kansas. None of them could hold the position for more than two weeks.

Gonzaga then led the poll for four weeks before Baylor became the record-tying seventh team to hold the top spot in one season.

College basketball oddsmaker Matt Lindeman, formerly of Caesars Entertainment and Circa Sports, said one reason for this season’s volatility is that the teams simply aren’t as talented.

“One of the downsides to having a year like last year, which was so top-heavy, is that this year’s teams collectively aren’t as good as they’ve been,” he said. “You’re seeing the aftereffects of everyone going pro.”

All of the Nos. 1, 2 and 3 seeds made the Sweet 16 last season, and top-seeded Virginia cut down the nets.

“It’s probably going to be a lot more hectic this year,” said Lindeman, who added he wouldn’t be surprised to see a double-digit seed in the Elite Eight or even Final Four.

The biggest question mark might be the No. 1 team.

Baylor continues to hold the top spot in the AP poll and hasn’t lost since its second game, but oddsmakers seem bearish on the Bears. After all, on Jan. 25, Baylor was a 2-point road underdog against unranked Florida. (The Bears won 72-61.)

Lindeman is as surprised as anyone else. He was at Caesars when Baylor opened there at 500-1 right after last season’s Final Four, and a bet came in to create a six-figure liability on the Bears. Baylor was 10-1 on Friday at Caesars.

“It’s really tricky, because we haven’t seen anything on the court that says they can’t do it,” Lindeman said. “Baylor continues to throttle everybody. But there’s just something about March. Teams that haven’t been in that (top-seeded) role before typically struggle.”

Lindeman has Baylor fifth in his power ratings, behind a closely bunched pack of Michigan State, Gonzaga, Duke and Kansas. But virtually all of those teams are ranked lower than the top teams from last season, he said.

At least Baylor was on the radar before the season started. San Diego State and Dayton weren’t even listed in Caesars’ openers, and bettors can’t find odds on those teams now at a few books because they were included in the “field” for college basketball futures at the start of the season.

San Diego State didn’t receive any votes in the preseason AP poll, and the Aztecs started the season 97th on kenpom. They’re now ranked fourth in both, but Lindeman said he still has them outside the top 25.

“Typically the teams that come out of nowhere tend to disappear in the tournament,” he said.

Sunset Station sportsbook director Chuck Esposito said this season was another example of turnover in the sport creating opportunities for lower-profile programs.

“It just shows again that programs don’t have these kids for three or four years,” he said. “I love seeing Baylor, Dayton and San Diego State up there.”

Lindeman said he is keeping an eye on Kentucky (30-1 at the Westgate) and Florida (80-1) as teams that have disappointed but could get hot in March, like when Auburn went from a No. 5 seed to the Final Four last season.

Murray said he will be paying close attention to Auburn again. The Westgate took some bets when the Tigers’ odds were as high as 80-1. They were 18-1 on Friday.

“We lose a very big number on Auburn,” he said.

With the Super Bowl over, interest will only build as March Madness approaches.

“College basketball takes over now,” Murray said. “The public shifts its attention to college for sure after football is over.”