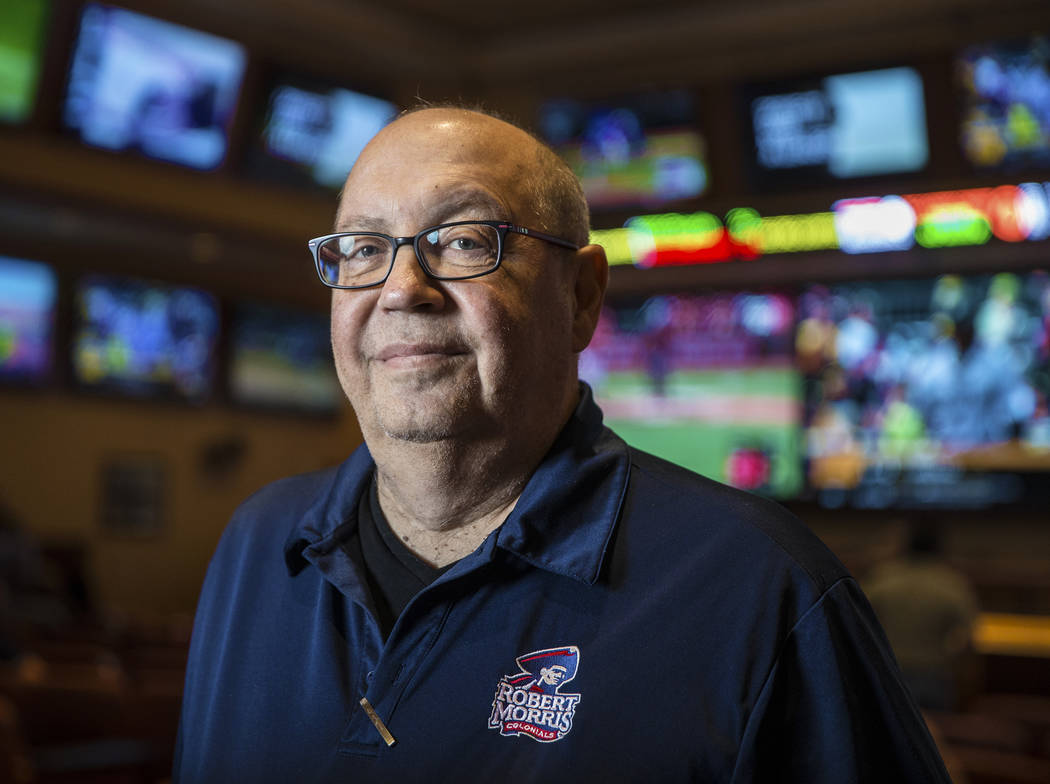 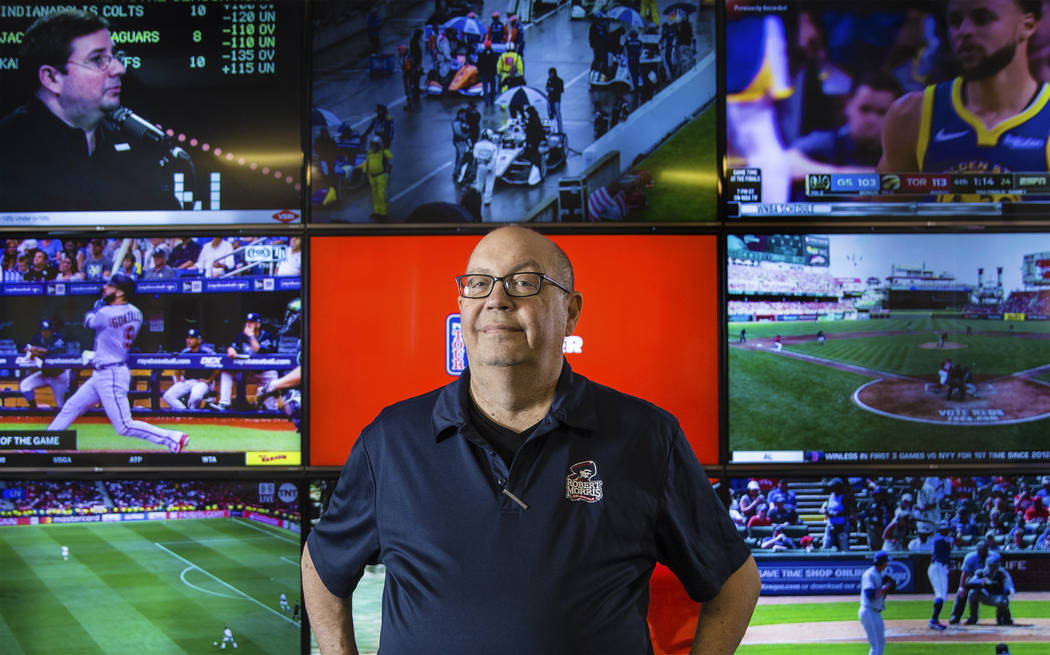 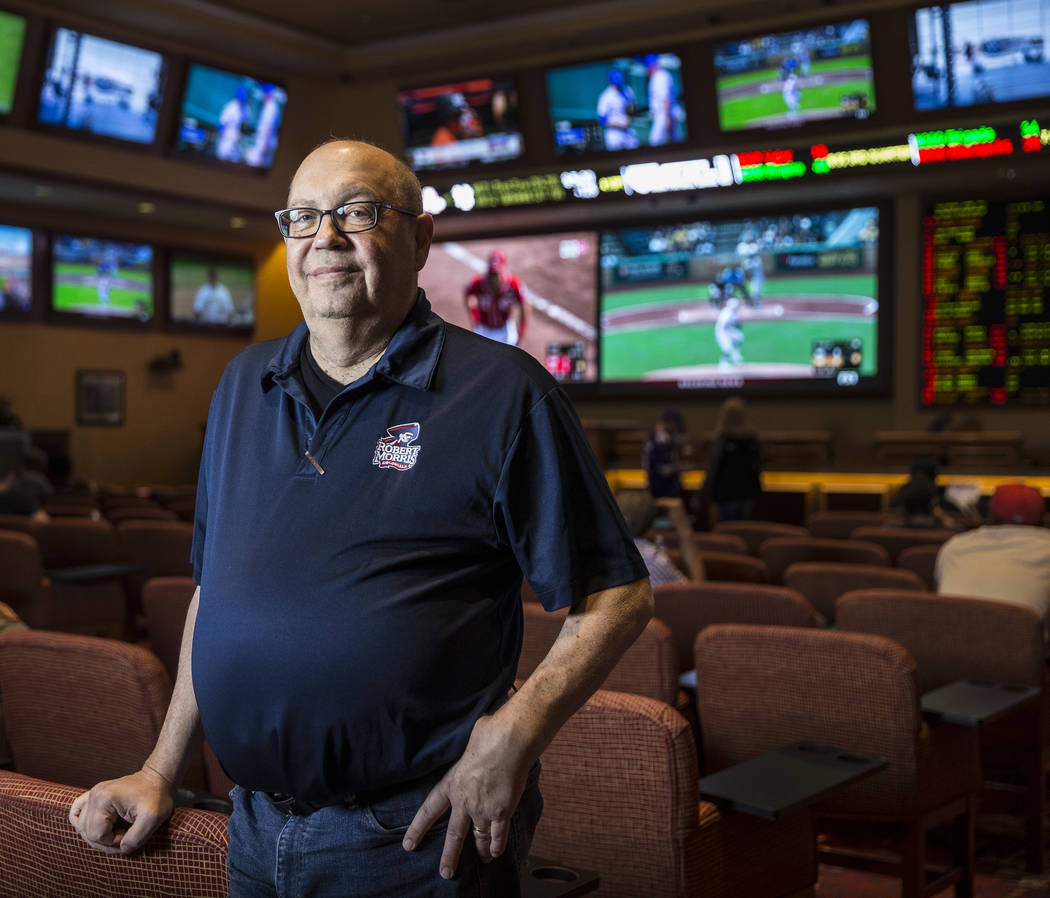 When Chris Andrews was 25, he became the youngest sportsbook director in Nevada history. But his age belied his experience.

Andrews had already earned the equivalent of a doctorate in bookmaking after being raised in a wiseguy family and landing his first job in Las Vegas as a ticket writer at the Stardust sportsbook during the mob-controlled years chronicled in the movie “Casino.”

At work one night, a Stardust security guard wistfully told Andrews about what it was like when Rosenthal ran the joint.

“It was all I could do not to laugh in the guy’s face. I said, ‘Why do you think he did that?’ ‘Well, he told me he liked to have his air conditioner running by the time he got in his car.’”

In 1982, Rosenthal’s Cadillac blew up when he started it in the parking lot of Tony Roma’s restaurant at 620 E. Sahara Ave. He survived the car bombing.

Andrews, at 63 now one of the state’s oldest sportsbook directors at the South Point, recounts that story and countless others in his new book, “Then One Day … 40 Years of Bookmaking in Nevada.”

A can’t-miss read for sports bettors, the book is available on Kindle and scheduled to be released Tuesday.

Born and raised in Pittsburgh, Andrews’ big Greek extended family included Art Manteris, his cousin “Archie” who lived down the street and now is the Station Casinos sportsbook director.

From the time he was 6, Andrews lived with his Uncle Jack — professional sports bettor and Las Vegas oddsmaker Jack Franzi, who was his surrogate father after Andrews’ dad died when he was 14.

“My uncle was a wiseguy. He’s 91, and there’s not too many guys that can say they’ve lived their life like he did and made money betting,” Andrews said. “We learned the racket from him firsthand. I loved the business from the time I was a little kid.”

Andrews and his cousins started booking bets in the fifth grade.

“We would look at my uncle’s line sheets, and we wrote out parlay cards ourselves by hand,” he said. “We booked three- and four-teamers because we couldn’t afford to pay more.”

After Andrews received his degree in business management from Robert Morris University, he had one job interview before deciding to join his Uncle Jack in Las Vegas.

Or as Andrews wrote in his book, “In 1970, my uncle got indicted for bookmaking, and after he beat the rap, we came out here where the family business was legal.”

After his stint at the Stardust, where he inadvertently got on the good side of mob enforcer Tony Spilotro’s crew, Andrews continued his sports betting higher education at the Barbary Coast in 1980.

It was owned by South Point owner Michael Gaughan, venerable bookmaker Jimmy Vaccaro was the sportsbook manager and Uncle Jack was the oddsmaker.

Andrews has known Vaccaro, another Pittsburgh native, since he was 12. He worked for Jimmy’s older brother — legendary sports marketing executive Sonny Vaccaro — as a ball boy at the Roundball Classic in Pittsburgh.

After a year at the Barbary Coast, Andrews accepted an offer to become the sportsbook director at Cal Neva and spent the next 22 years in Reno, where he came up with several sports betting innovations and helped launch the career of Michael “Roxy” Roxborough.

Andrews introduced the pleaser card, or reverse teaser, and he and Roxborough created the 10-point megateaser cards and were the first ones to post Super Bowl-style prop bets on “Monday Night Football.”

Before Roxborough founded Las Vegas Sports Consultants and co-founded “America’s Line,” which ran in more than 120 newspapers, he was a sharp bettor who beat up Andrews on totals.

“Totals were like a brand new thing back in 1981,” Andrews said. “I was smart enough to know that Roxy was pretty sharp with these totals, and we got to be friends.”

Andrews made a handshake deal to pay Roxborough $200 a week for his totals, and he also ended up getting the daily line.

“Before you know it, a couple other guys were asking me who’s this Roxy guy,” Andrews said. “He started building his business from there.”

One of Andrews’ favorite betting tales took place during the 1982 baseball season. The Twins were headed for 102 losses and, based on Roxborough’s recommendation, Andrews made Minnesota a huge underdog early in the year.

Then one day … two brothers from Texas started betting tens of thousands of dollars on the Twins — and only the Twins — every day.

They told Andrews their strategy was to keep pressing their bets until they eventually won and then they would get back all of their money and more.

“I said, ‘That’s not a bad idea, except if you run out of money before they finally win,” Andrews said. “I remember the guy looked at me and said, ‘The last thing we’ve got to worry about is running out of money.’ ”

Andrews learned that the brothers were from a rich oil family and had gotten into their father’s money for what they thought was a sure thing.

But they didn’t count on Minnesota losing 14 consecutive games. Then, finally, the Twins won. But the brothers didn’t.

The brothers bet the Twins again the next five days and lost all five games. When Minnesota finally won again en route to a 14-50 start, the brothers were gone for good.

“They never cashed a ticket on them. They never won,” Andrews said. “Who knows how much they lost. It had to be at least a half million dollars.”

After returning to Las Vegas in 2003 to run the Golden Nugget sportsbook, Andrews married his wife, Pam, in 2004. Together, they have five children.

After stints with Leroy’s and William Hill sportsbooks, Andrews was reunited with Gaughan and Jimmy Vaccaro at the South Point in 2016.

A year later, he was dealt one of life’s worst bad beats when he was diagnosed with Myelodysplastic syndrome (MDS), a form of blood cancer. Andrews has been fighting it with frequent blood transfusions and chemotherapy treatments.

“It’s been tough because it’s real inconsistent,” he said. “I had six months where I was doing great. Then all of a sudden it turned against me.”

Andrews is awaiting a bone marrow transplant that has the potential to cure him. Doctors gave him 3-1 odds that it will work. A bookmaker to the end, Andrews likes his chances.