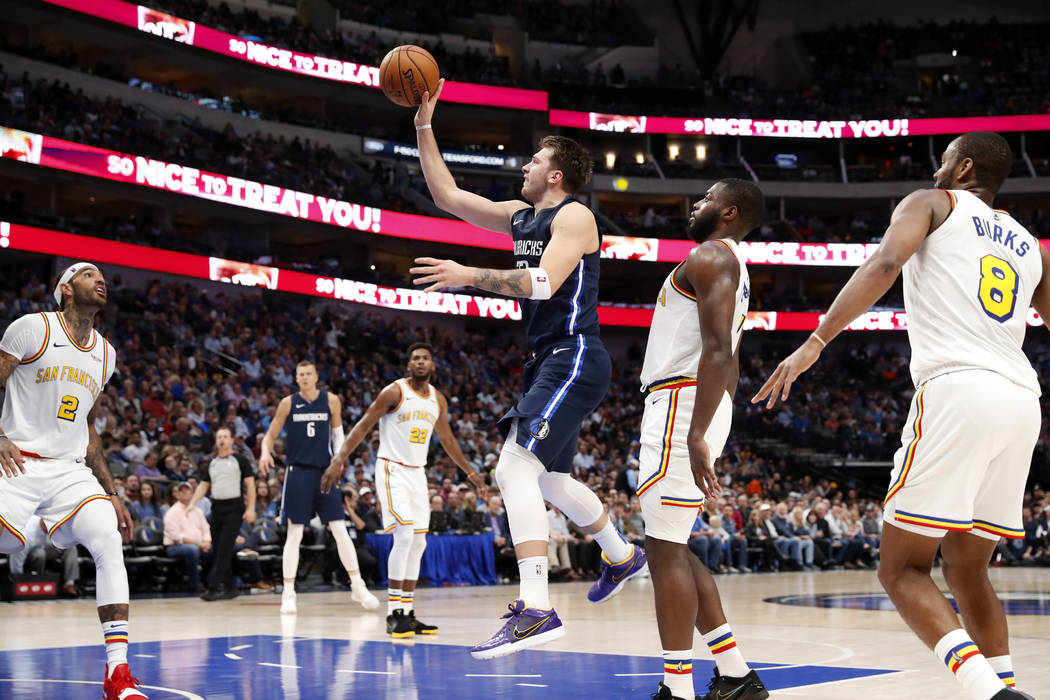 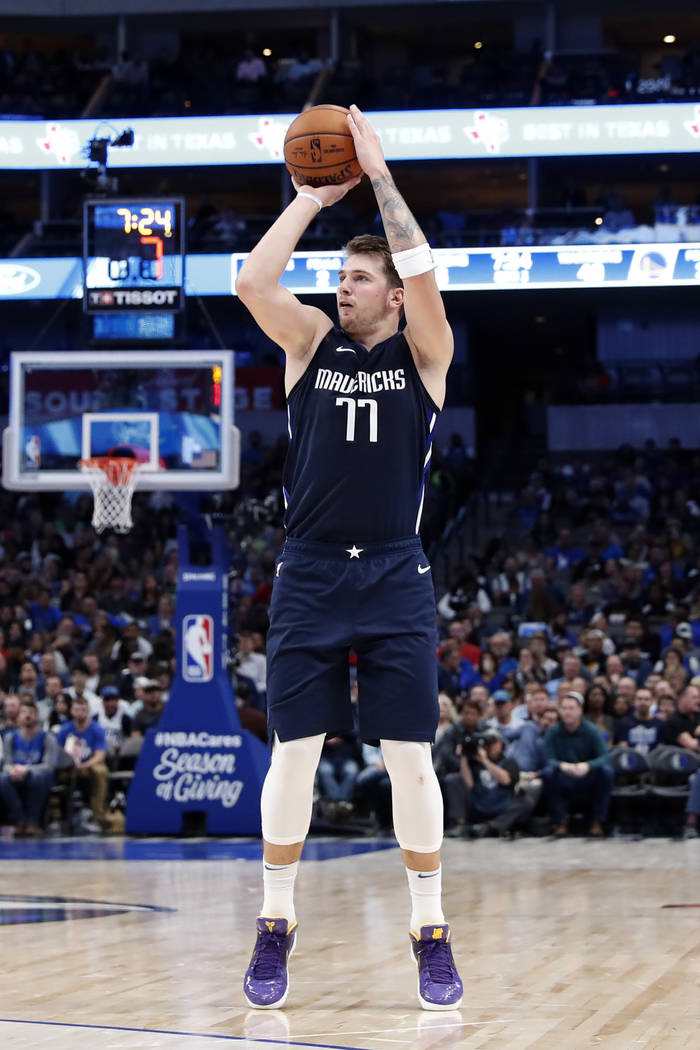 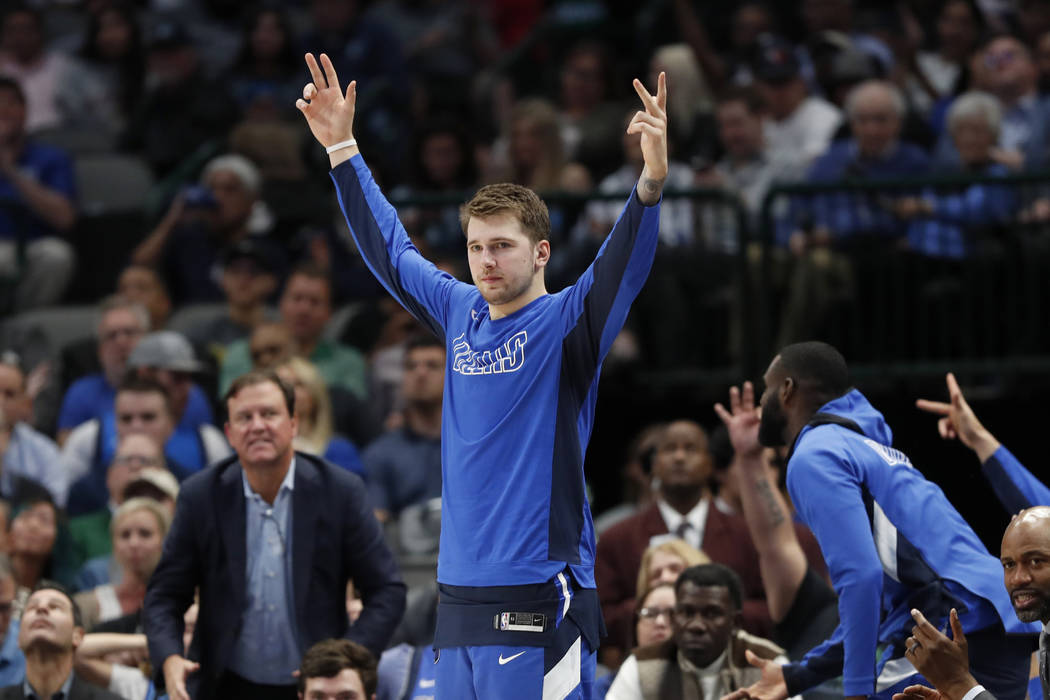 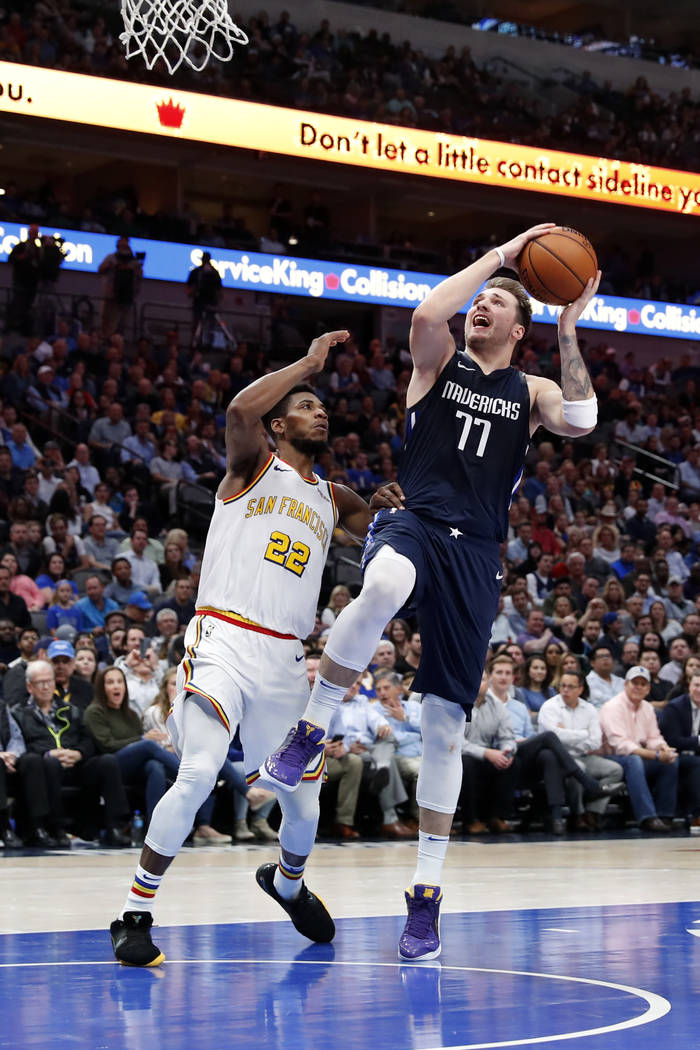 The 6-foot-7-inch Dallas Mavericks star from Slovenia has put on quite a show this season after earning Rookie of the Year honors last season.

He’s also quickly climbed the NBA MVP charts, ascending to the plus 250 second choice at the Westgate sportsbook after opening at 50-1.

Jeff Sherman, Westgate vice president of risk, said there were six tickets written on Doncic at 50-1, the highest a $50 wager to win $2,500.

Sherman moved Doncic from 9-2 to 5-2 during Sunday’s game, putting him behind only reigning MVP Giannis Antetokounmpo (2-1) and ahead of James Harden (3-1), James (6-1) and the rest of the field.

“He just keeps getting 30 and 10 every game. It was time to make a big move,” Sherman said. “Doncic is doing everything for this team.

“You look at the other teams of top (MVP) contenders Giannis, LeBron and Harden, those teams had expectations coming into the year. Dallas didn’t have expectations and he has a chance to get them a decent seed in the playoffs. He’s carrying that team.”

Las Vegas sportsbooks have posted odds on a Tyson Fury-Deontay Wilder rematch after Wilder (42-0-1, 41 KOs) knocked out Luis Ortiz in the seventh round of their heavyweight title fight Saturday night at the MGM Grand Garden Arena.

Fury (29-0-1, 20 KOs) and Wilder fought to a draw in 2018. Station Casinos sportsbook made the odds pick’em Sunday for the potential rematch, which is expected to take place on Feb. 22.

“This is the heavyweight fight that everyone wants to see and we think that pick’em is the right price, which is highly unusual for a heavyweight championship,” Sunset Station sportsbook director Chuck Esposito said. “Fury has had distractions outside the ring but if he comes in in great shape, he’s really, really good.”

Mayweather, who retired at 50-0 after beating UFC star Conor McGregor in 2017, posted on Instagram on Friday that he’s “coming out of retirement in 2020.”

Coming out of retirement in 2020