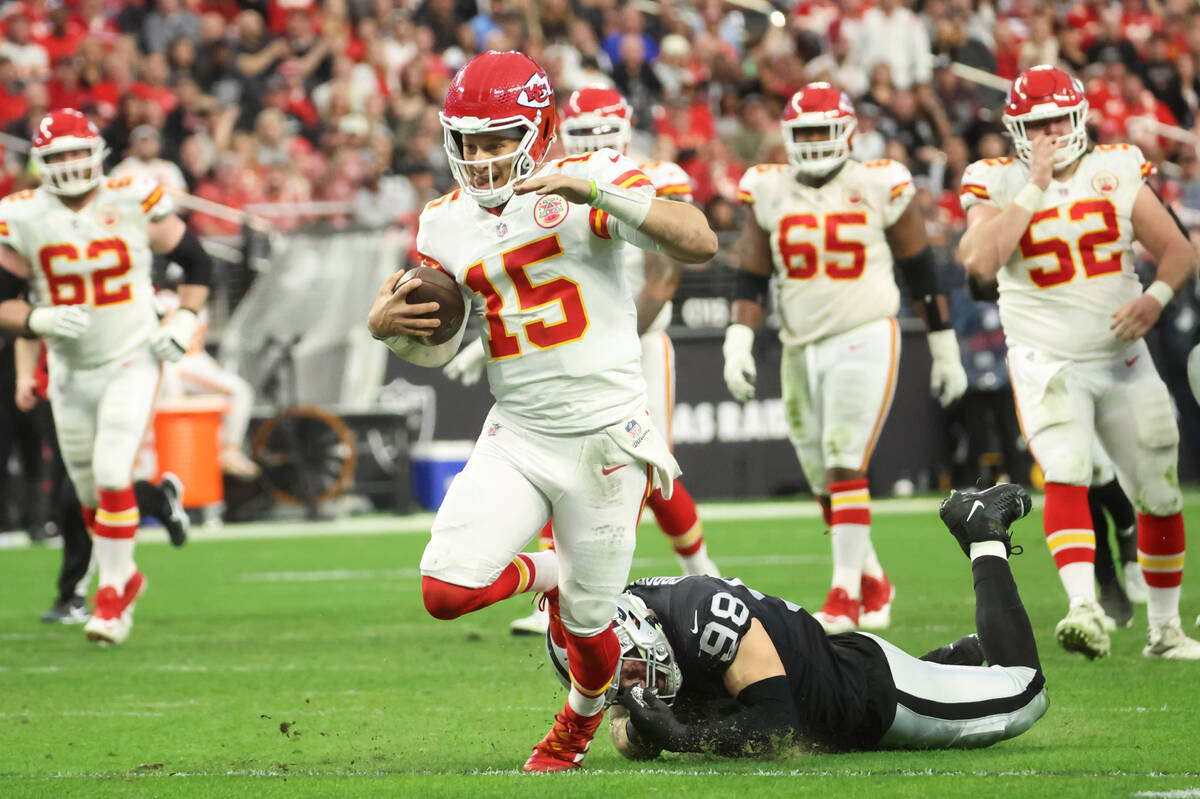 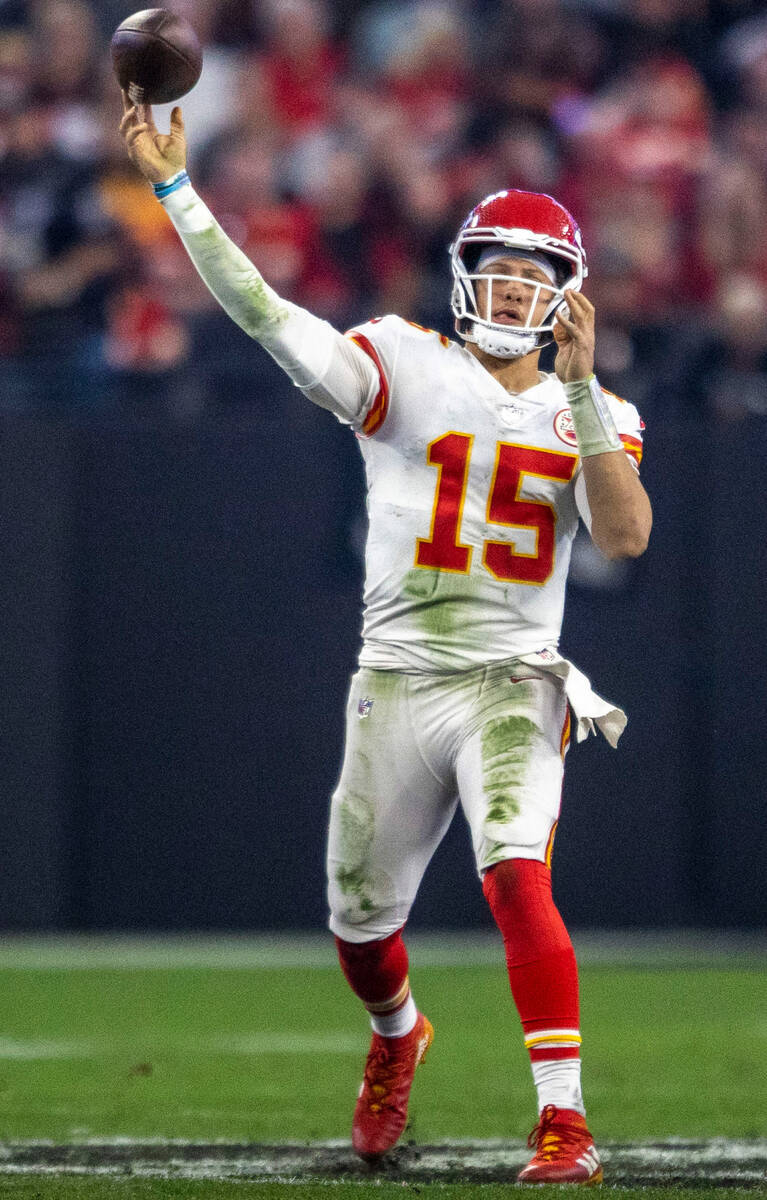 Kansas City Chiefs quarterback Patrick Mahomes (15) throws against the Raiders during the second half of an NFL game at Allegiant Stadium on Saturday, Jan. 7, 2023, in Las Vegas. (Heidi Fang/Las Vegas Review-Journal) @HeidiFang 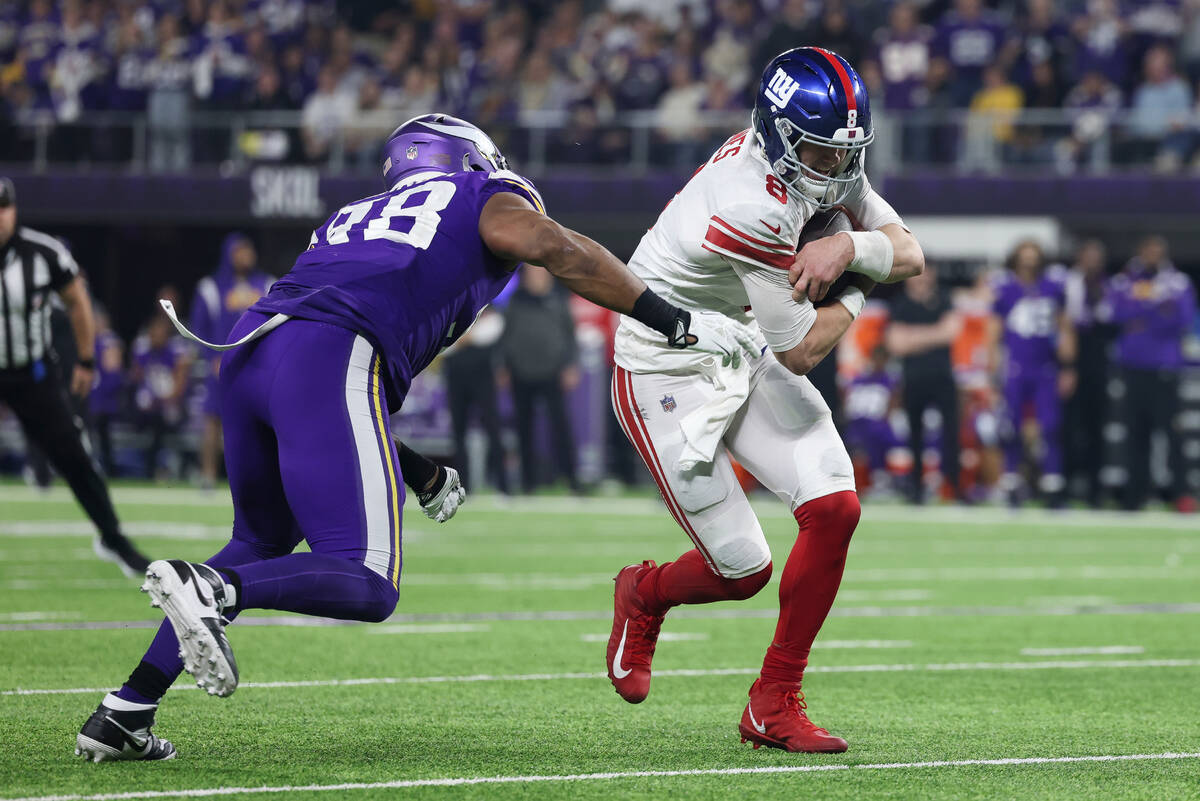 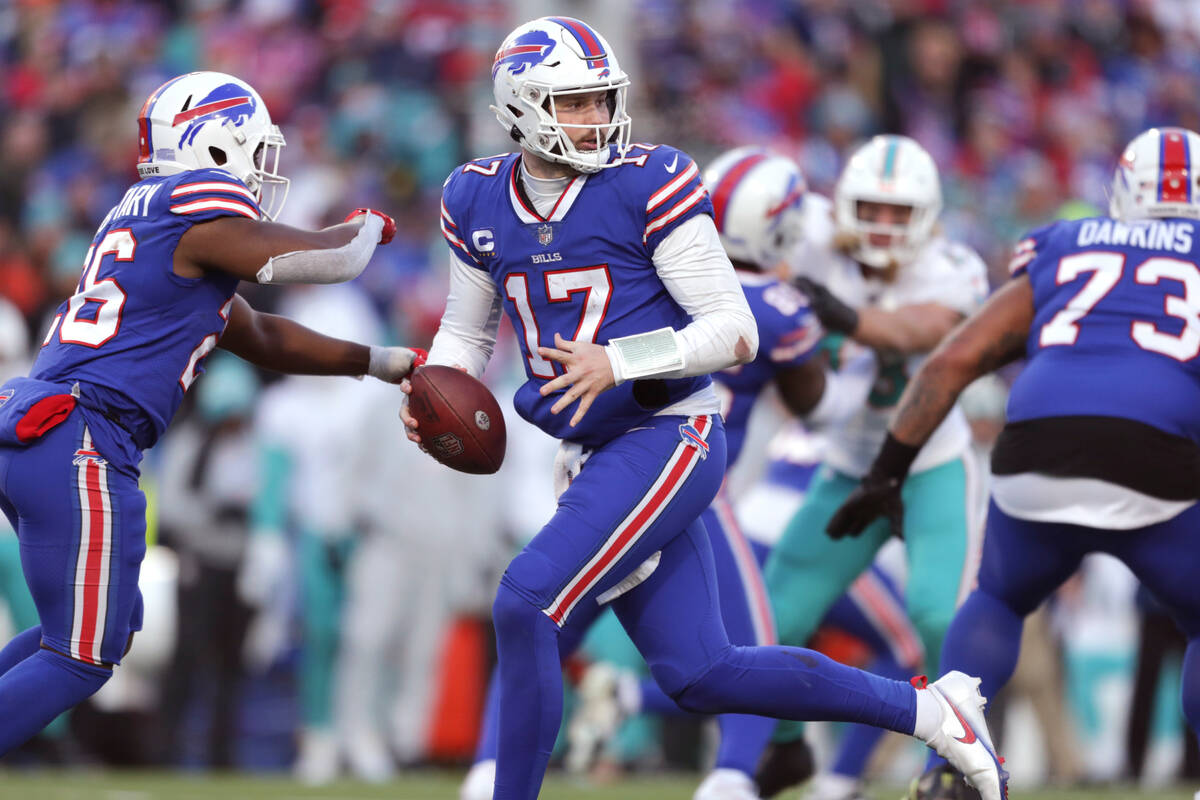 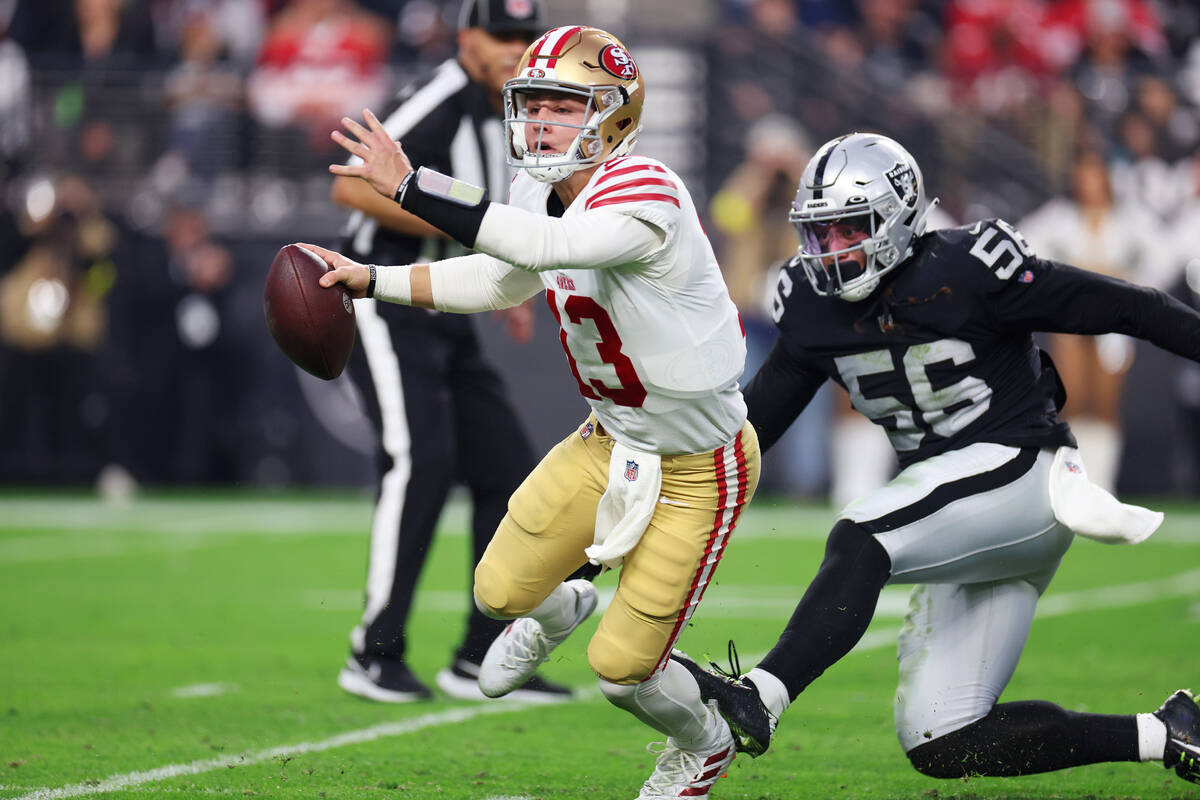 Analysis: The spread moved down to 8½ when money came in on the Jaguars and stayed there for most of the week. That was for good reason. The Chiefs have a tendency to score early and relax later, giving their opponents the opportunity to cover what is usually an overinflated spread.

Analysis: I’ve had success riding the Giants as underdogs, and I’m not stopping here. New York’s Daniel Jones finally looks like a capable NFL quarterback. Giants running back Saquon Barkley is running better than he did before he suffered a torn ACL in the 2020 season. New York coach Brian Daboll should be the league’s Coach of the Year.

By the numbers: The Giants are an NFL-best 14-4 ATS this season, including 11-2 ATS as underdogs and 7-1 ATS as road underdogs. … The Eagles are 8-9 ATS overall and 6-3 ATS in home games. … Philadelphia went 3-3 ATS against NFC East division foes.

Analysis: This should be a slugfest. Both teams are used to cold weather, so that shouldn’t be an issue. Buffalo’s Josh Allen and Cincinnati’s Joe Burrow are arguably the top two quarterbacks in the league next to Kansas City’s Patrick Mahomes. The difference should come down to the Bills’ superior offense.

Analysis: This could be another slugfest, but the 49ers’ league-best defense will be the difference. San Francisco rookie quarterback Brock Purdy has played only nine games, but he looks as polished as a 10-year veteran. The combination of 49ers running back Christian McCaffrey and wide receiver Deebo Samuel should carry San Francisco past a good Dallas defense.