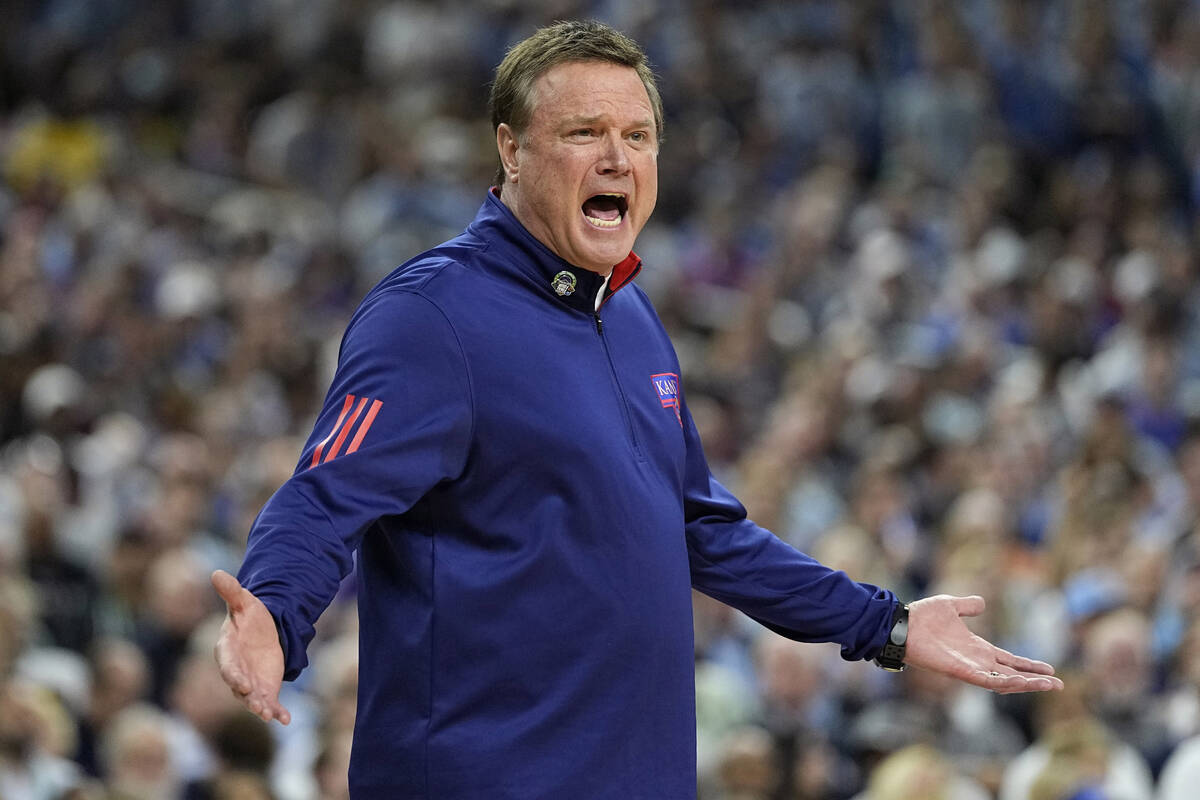 Kansas head coach Bill Self yells during the first half of a college basketball game against North Carolina in the finals of the Men's Final Four NCAA tournament, Monday, April 4, 2022, in New Orleans. (AP Photo/David J. Phillip) 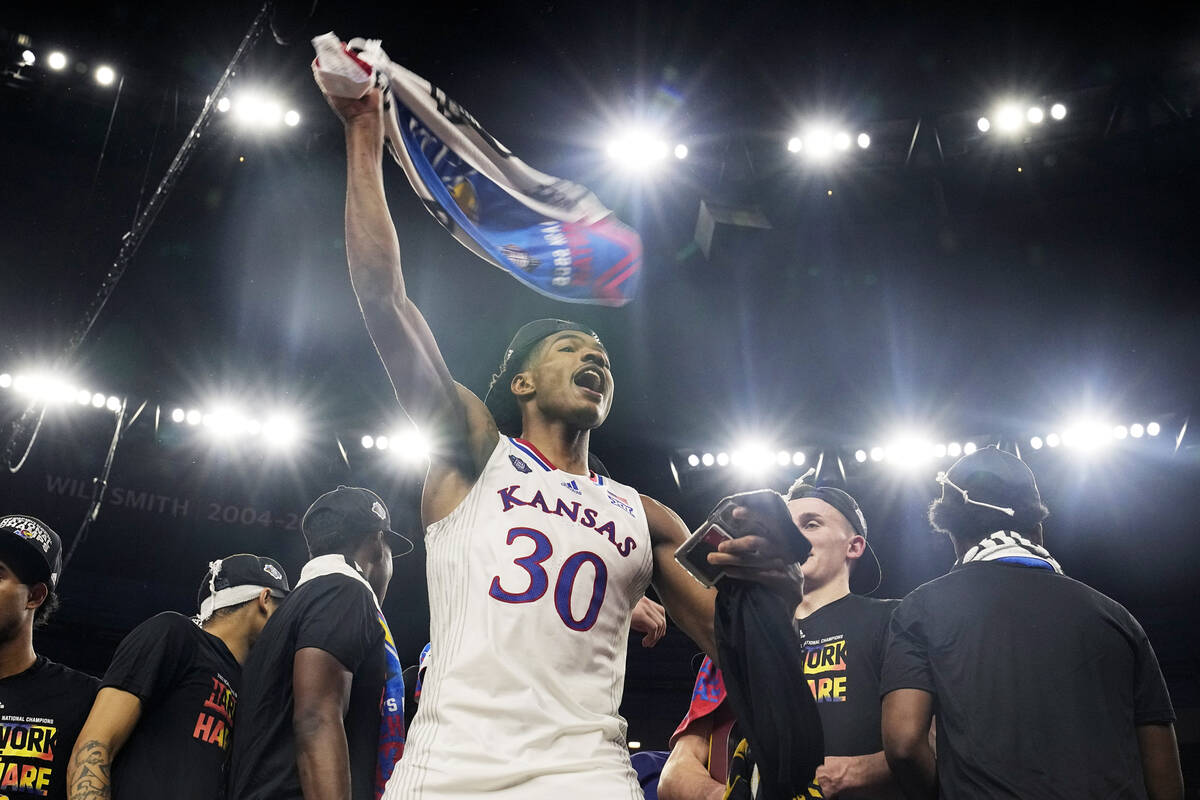 Gonzaga opened as the clear favorite last year to win the 2022 NCAA championship and kept that distinction until it was upset by Arkansas in the Sweet 16.

There is no clear front-runner to win the 2023 college basketball national title. Three teams have been installed as favorites at sportsbooks.

Kansas, fresh off its historic comeback win over North Carolina in Monday’s NCAA championship game, is the 10-1 favorite at Caesars Sportsbook to win back-to-back titles.

Duke and Kentucky are the 10-1 co-favorites at the Westgate SuperBook, where eight teams have odds of 16-1 or less to win it all.

“Kansas winning the title has a bit to do with them being the favorite here in terms of respect. They lost a lot, but they always reload with strong recruiting classes, and they obviously have a great coach. They’re not an overwhelming favorite, and there are some other teams that can be in that spot. But them winning it all is fresh in people’s minds.”

The Jayhawks are tied for the 12-1 third choice at the Westgate with Arkansas, UCLA and Arizona.

Duke is 15-1 at Caesars to win the title under first-year coach Jon Scheyer, who replaces Mike Krzyzewski.

“How Scheyer will be as a head coach is something that could be a factor for people, that they want to see how he fares early on before investing in Duke,” Pullen said. “It might take some time before they become believers. Duke always has the talent, and this year’s recruiting class is no different.

“It’s obviously going to be a tough act to follow, but Hubert Davis just almost won a championship in his first year at North Carolina.”

Gonzaga is 16-1 at the SuperBook after being the single-digit favorite in each of the past two years. The Bulldogs will almost certainly lose 7-foot freshman Chet Holmgren, the projected No. 1 pick in the NBA draft. It’s unclear if junior forward Drew Timme will turn pro or return to school for his senior year.

“With Gonzaga losing in the Sweet 16 after being the favorite the entire season, maybe there will be some Gonzaga fatigue,” Pullen said. “If Timme comes back, then their odds will come down a little bit. Gonzaga’s a top-notch destination for a lot of players. I still expect them to have a loaded roster whether Timme stays or goes.

“At least for this year, I’d think the days of them being the outright favorite with single-digit odds are over. But maybe bettors will tell us otherwise as the days go on.”

Michigan, Illinois, Texas and Creighton are each 30-1. Purdue, Auburn, Tennessee and Texas Tech are each 40-1.

Saint Peter’s, the first No. 15 seed to reach the Elite Eight, is tied for the longest shot on the board at the SuperBook at 10,000-1.