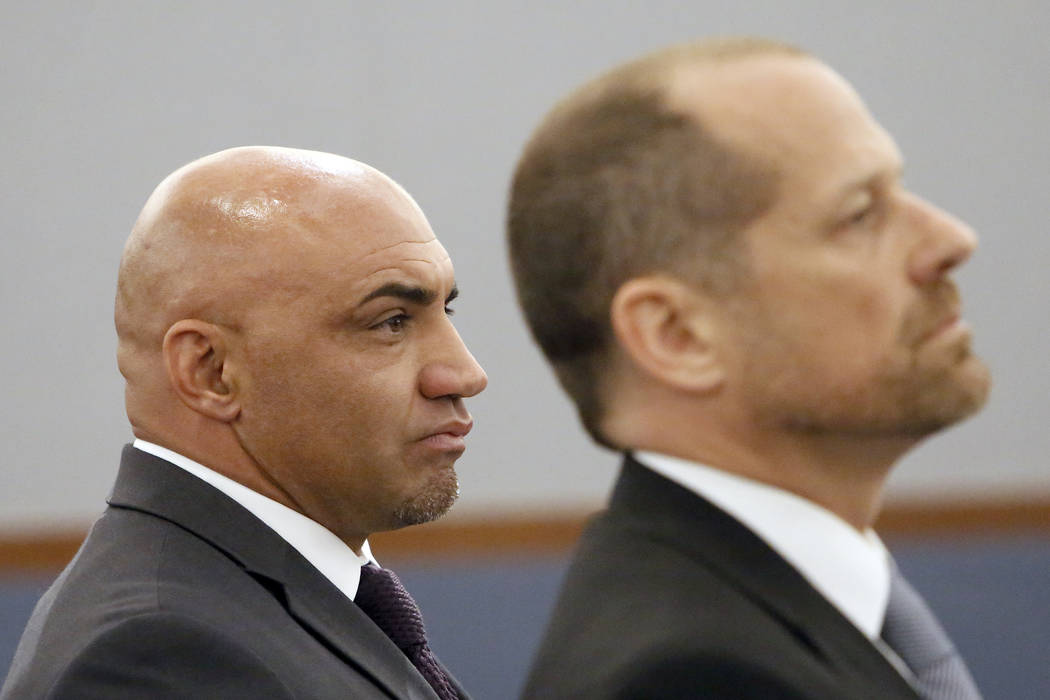 Kenny Sanchez, left, Bishop Gorman's head football coach charged with domestic violence against his ex-girlfriend, and his attorney Ross Goodman listen as the judge announces the not guilty verdict in court at the Regional Justice Center on Tuesday, May 30, 2017, in Las Vegas. Bizuayehu Tesfaye Las Vegas Review-Journal @bizutesfaye 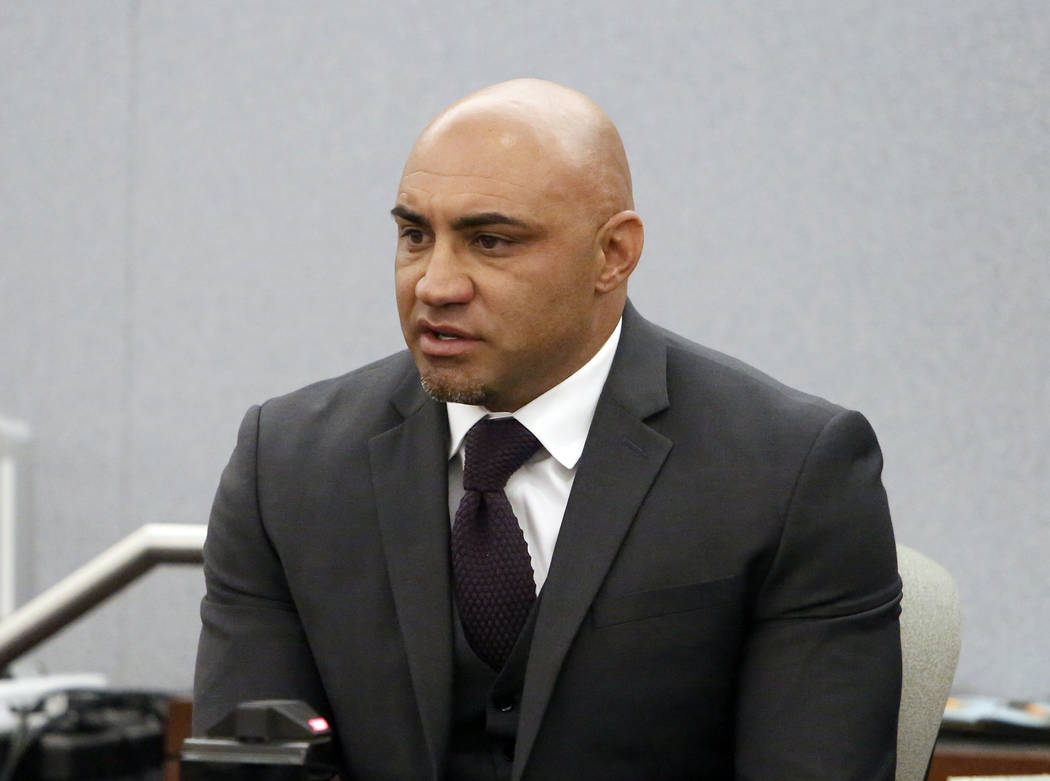 Bishop Gorman has reinstated football coach Kenny Sanchez after his suspension in April stemming from a domestic abuse charge, the school announced Thursday.

Sanchez was found not guilty in court Tuesday. In a release, the school said Sanchez had been “falsely accused.”

“As a result of our meetings, and our internal review, BGHS has lifted the suspension of Mr. Sanchez and he will resume his responsibilities as a Dean of Students and head football coach at Bishop Gorman,” school president John Kilduff said in a release.

A spokesperson for the school told the Review-Journal there will be no further action taken against Sanchez, as it considers the matter closed.

Sanchez, 36, was suspended April 7 after he was arrested that week on a warrant. A dispute occurred on Christmas Day involving his former girlfriend and mother of his son, Brooke Stewart, who told police Sanchez had abused her at her home.

“Kenny came behind me and pulled my hair out of my head, punched me in the eye,” Stewart said in the police report. “As I was going down, he punched me on the side of my face and put his hands around my neck. He held me on the ground and ran to his car and drove away.”

Stewart then recanted her story a month later, and said she fabricated the charges of abuse.

“Contrary to my report to the police, Kenny simply came over on Christmas to pick up (the couple’s toddler son) and left without any physical altercation,” Stewart wrote in an affidavit released May 4 by Sanchez’s attorney, Ross Goodman. “He never punched, pushed, scratched or grabbed me on Dec. 25, 2016, Dec. 17, 2016, or any other time.

“It is my desire that no further action is taken against Kenny Sanchez based upon my actions.”

Sanchez appeared in court Tuesday, and Las Vegas Justice of the Peace Amy Chelini said she believed Sanchez was falsely accused by Stewart.

“I don’t see any evidence whatsoever of a punch in the face, not even a slap,” the judge said. “This, in my opinion, goes right to ‘hell hath no fury like a woman scorned.’ She was pissed, and she made you pay.”

Initially the school released a statement April 6 that it was inappropriate for it to comment on an ongoing legal matter. The school suspended Sanchez the next day.

Sanchez has been the coach for two years, in which time the Gaels have gone 30-0, won two state titles and two mythical national championships. They are on a 54-game winning streak that began in 2013.

Before taking the head coaching position, Sanchez was the defensive coordinator from 2009 to 2014. Since his arrival at the school, the Gaels have become a national power, going 115-5, winning eight consecutive state titles and three mythical national titles.

Sanchez is the brother of UNLV football coach Tony Sanchez, who preceded him as Gorman’s coach.