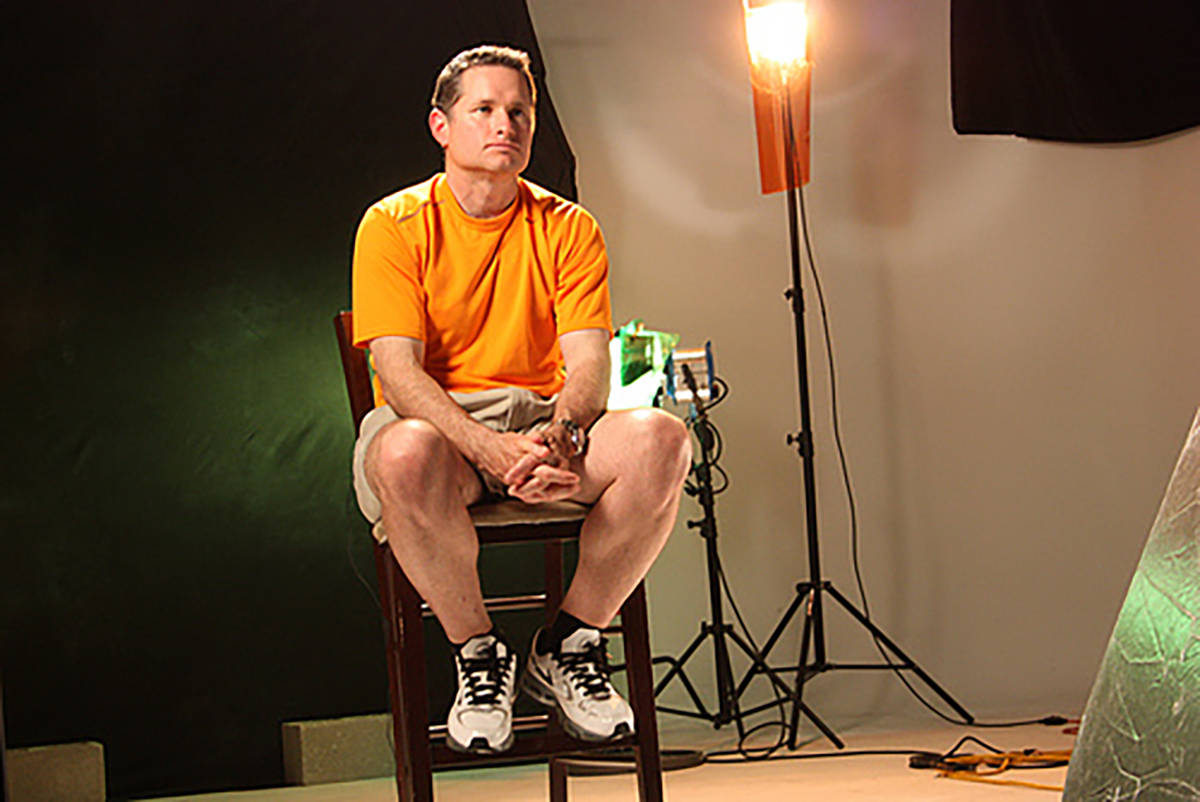 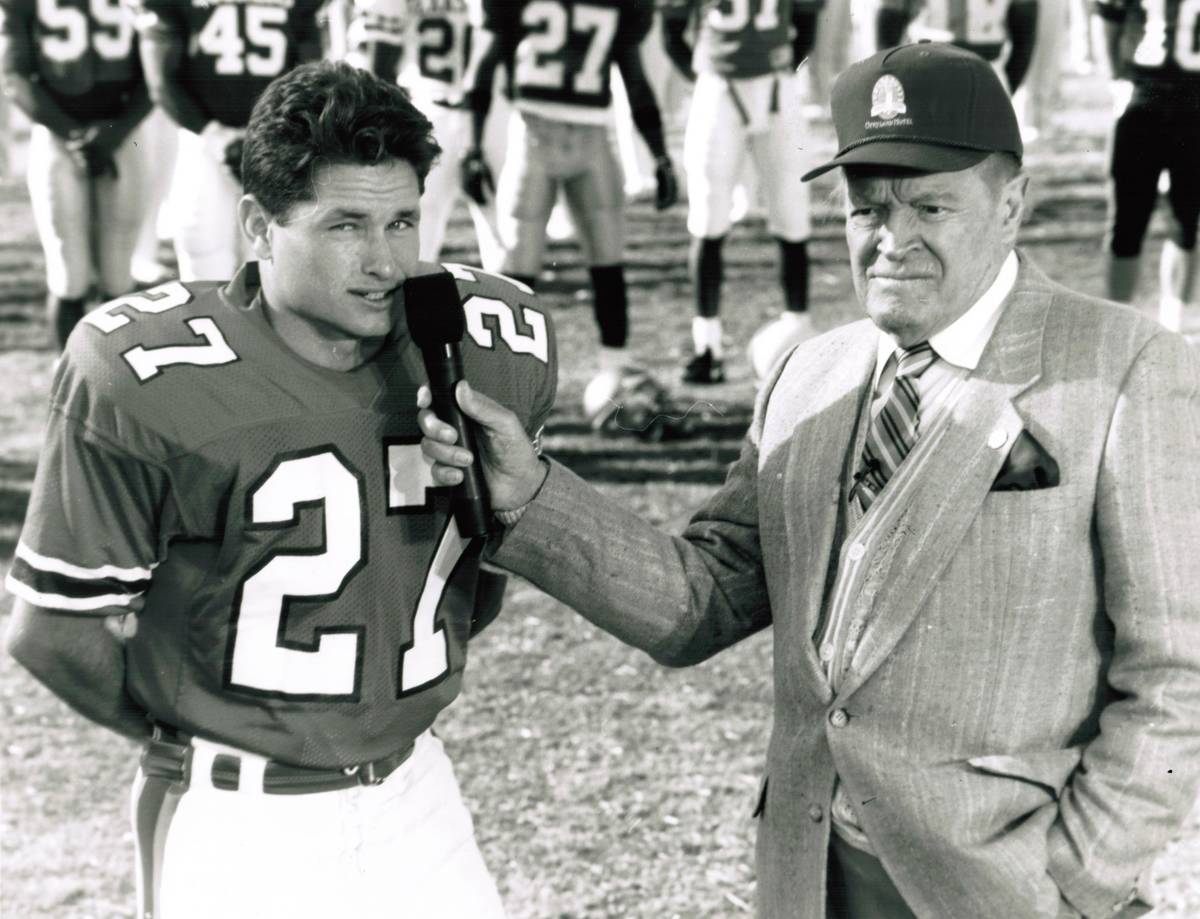 All-American kicker Carlos Huerta is interviewed by Bob Hope during the former's college career at the University of Miami. Huerta was a star for the short-lived Las Vegas Posse of the Canadian Football League in 1994. (Courtesy Carlos Huerta) 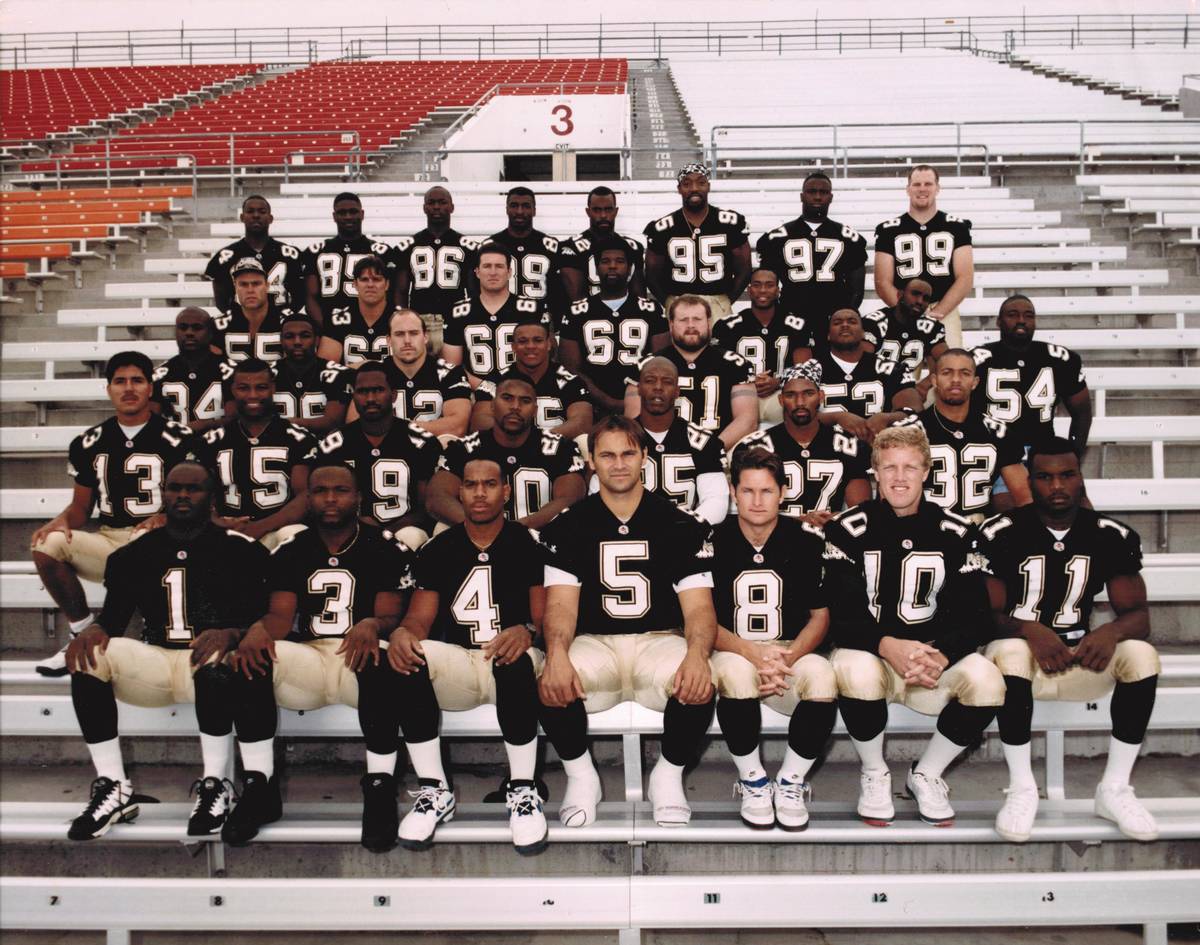 Carlos Huerta, No. 8, third from right, was one of the stars for the short-lived Las Vegas Posse of the Canadian Football League in 1994. (Courtesy Carlos Huerta) 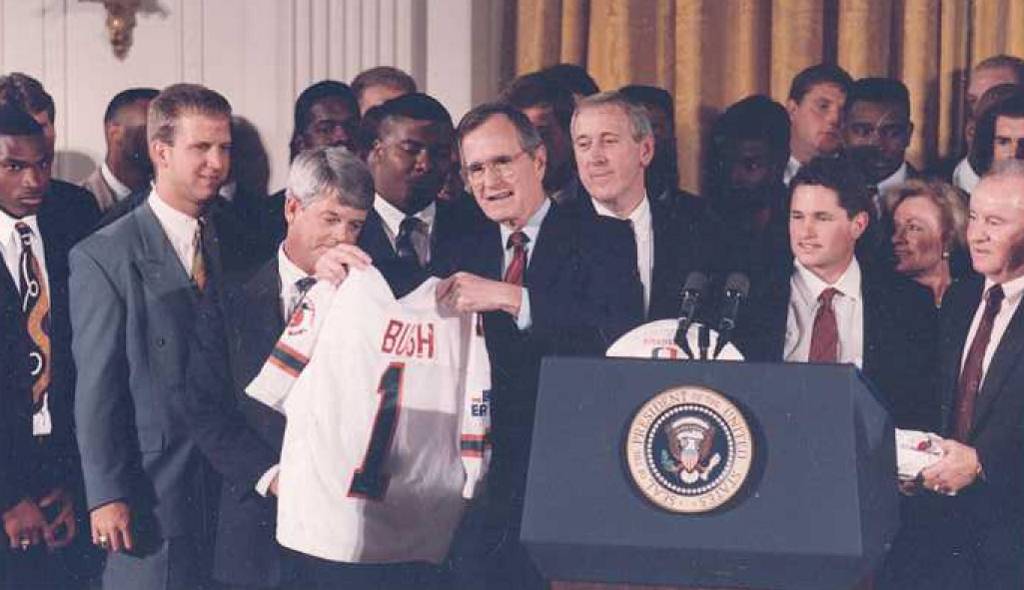 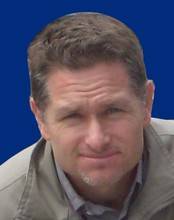 Editor’s note: The Review-Journal’s “Where Are They Now?” series catches up with athletes who played high school, college or professional sports in the Las Vegas Valley. Stories will run at least once a week.

During a vaunted college career with the Miami Hurricanes, Carlos Huerta played on three national championship teams and was invited to the White House to help present President George H.W. Bush with a keepsake jersey.

He set school season and career records for most extra points, field goals and points. After he was recognized as a consensus All-American in 1991, Bob Hope made a joke about Huerta on national TV — about the highest honor a college football player could experience during his day.

He would be drafted by the San Diego Chargers and win a Grey Cup while kicking for the Baltimore Stallions of the Canadian Football League. He had gigs with the NFL’s Bears and Rams before kicking into end-zone nets in the Arena Football League.

But he caught the only pass of his career while playing pro football in Las Vegas.

It happened not against a team called the Roughriders (Saskatchewan) or Rough Riders (Ottawa), but against the Shreveport Pirates when he was playing for the short-lived Posse. Huerta caught the pass off a fake field goal and thought he might even score a touchdown.

This delusion of grandeur was violently preempted by one of the Pirates, who sent him splattering into the tarpaulin trench at Sam Boyd Stadium after he had gained 18 yards.

“At one point, I think I had made more 50-yarders than the entire NFL did,” Huerta recalled of kicking Canadian field goals, extra points and the occasional rouge (a single point peculiar to the CFL) for a start-up team south of the border. “But to be able to catch a pass for a first down in a pro game, I got to tell you it was the thrill of a lifetime.”

Unlike many of his Miami teammates, Huerta excelled in the classroom — “I don’t think I skipped many classes, except maybe honors economics when we were about to play Florida State,” he said — and went on to become a real estate developer after his playing career. He once owned the lodge at Mount Charleston and still has a boutique hotel at Yellowstone National Park.

None of it would have happened were it not for the Posse, who won their first two games only to lose 13 of their final 16. Twelve-men-per-side, Canadian-style football under a blazing desert sun simply didn’t take on or off the field.

Huerta, who made 38 of 46 field-goal attempts for the Posse, became one of the team’s stars. Anthony Calvillo, the most decorated quarterback in CFL history, also got his start in Las Vegas.

But by season’s end, the Posse could neither pay their bills or their players. After drawing only 2,350 against the Winnipeg Blue Bombers — the least attended game in CFL history — the team’s season finale was switched from Sam Boyd to Commonwealth Stadium in Edmonton, Alberta, home of the Eskimos.

It would be the Posse’s final roundup. Yet Huerta still has fond memories of that forgettable season. He met his wife Christine here. They raised two sons and still divide their time between Las Vegas and Lake Tahoe.

“Having the success we had at Miami, it was truly an amazing run,’ Huerta, 50, said in looking back at his football career. “In Baltimore, we beat Doug Flutie in the Grey Cup and the amazing team he was on. So you got used to that success.”

In Las Vegas, the only things to which he grew accustomed were the sun beating down on his helmet, empty grandstands and the team’s equine mascot fouling the field at halftime.

“But I still had so much fun playing for the Posse,” he said. “We didn’t have a great season, but I just had a blast.”