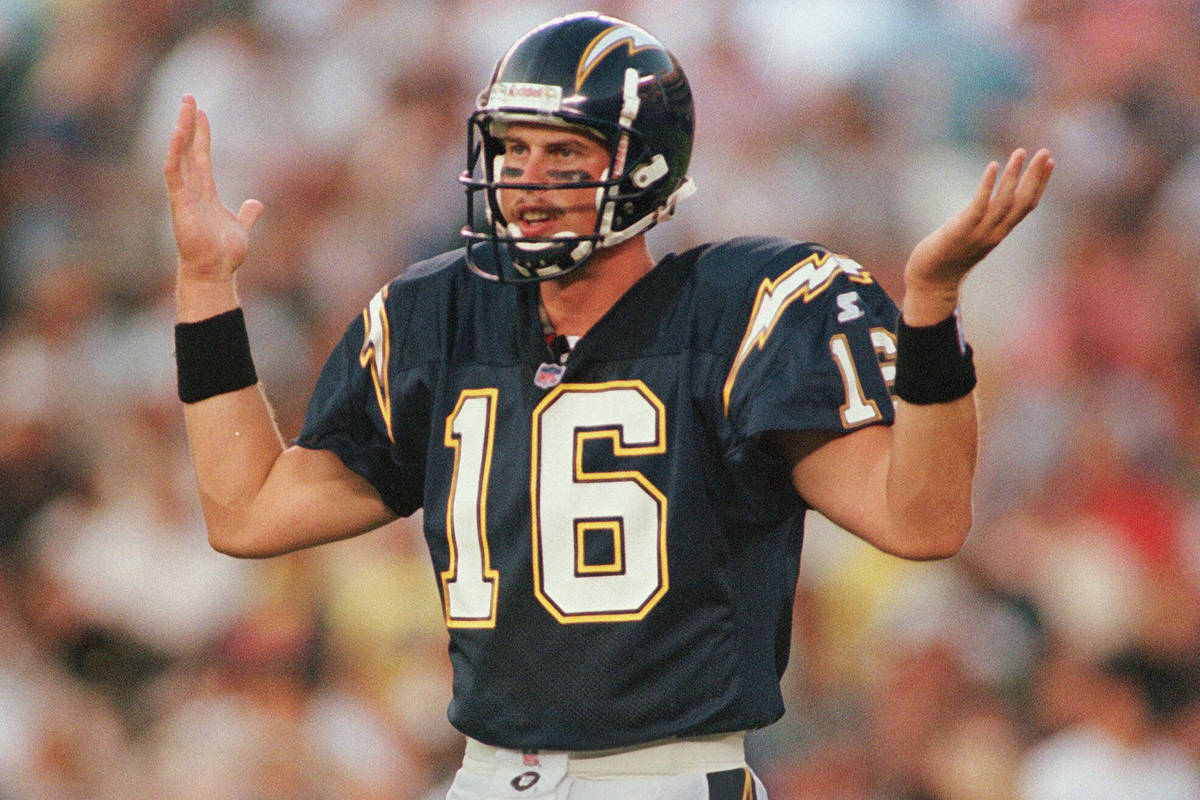 FILE - In this Aug. 8, 1998, file photo, San Diego Chargers' rookie quarterback Ryan Leaf, the number two player taken in the year's NFL draft, tries to figure out what play is being called from the bench during the first quarter of an NFL football game against the San Francisco 49ers in San Diego. Leaf was arrested Friday, May 22, 2020, on a domestic battery charge in Palm Desert, Calif.,, which is about 110 miles southeast of Los Angeles, according to booking information provided by the Riverside County Sheriff's Department on Saturday. (AP Photo/Kent Horner, File)

Leaf, 44, was arrested on a domestic battery charge in Palm Desert, which is about 110 miles southeast of Los Angeles, according to booking information provided by the Riverside County Sheriff’s Department on Saturday. Leaf is being held on $5,000 bail at the Larry D. Smith Correctional Facility.

It wasn’t immediately known if Leaf had a lawyer who could speak on his behalf.

Leaf finished third in Heisman Trophy voting in 1997 and led Washington State to the Rose Bowl. He was drafted by the San Diego Chargers as the No. 2 pick in 1998, but he was only 4-14 as a starter in three seasons. He was 0-3 with the Dallas Cowboys in 2001 and finished his four-year career with 14 touchdown passes and 36 interceptions.

He was arrested in 2012 for breaking into a home in Montana to steal prescription drugs, which violated his Texas probation and led to prison.

Last July, Leaf was hired by ESPN to be a football analyst. Leaf worked for the Pac-12 Network last season and has been co-hosting a show on SiriusXM’s Pac-12 channel.