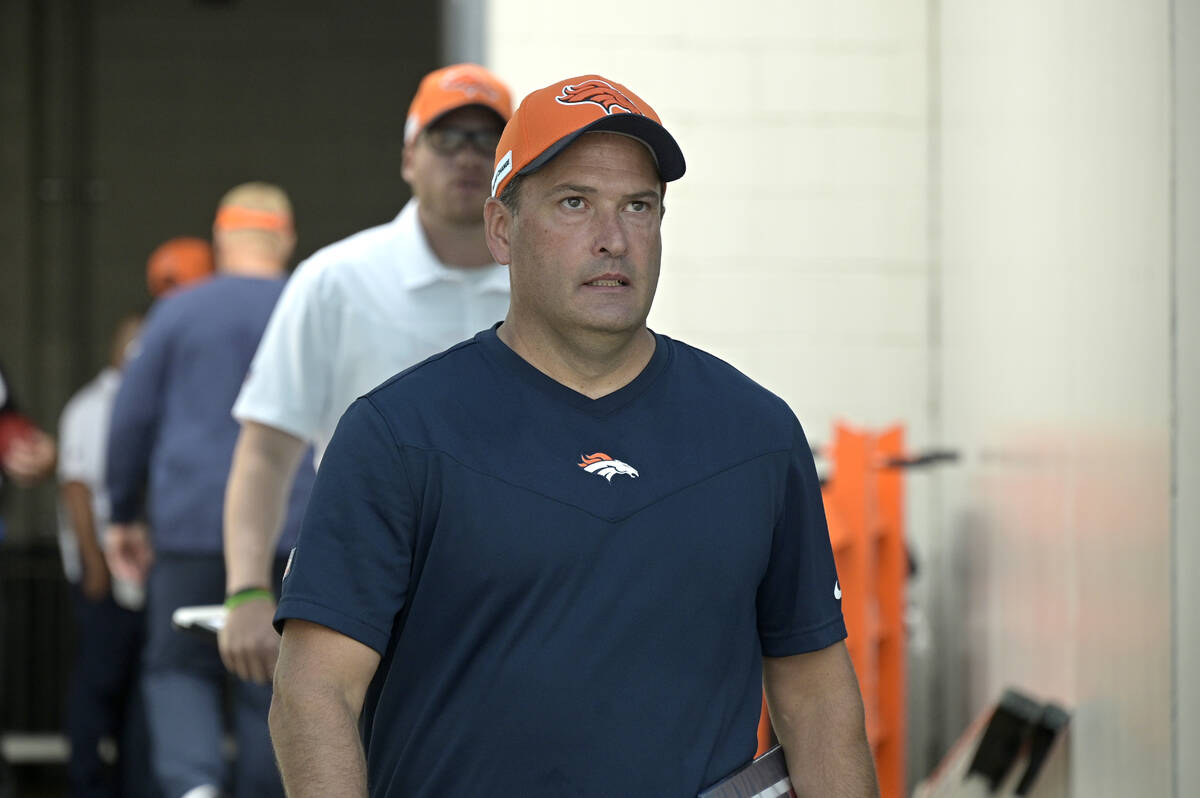 LOS ANGELES — The biggest star on radio row at the Super Bowl spent quite a bit of time talking about the Raiders’ new special teams coach.

Former NFL punter Pat McAfee, whose show does massive numbers on the air and on social media, has a giant booth set up right at the entrance of the venue at the Convention Center downtown and has drawn the biggest crowd of gawkers for his live show so far this week.

Tom McMahon, who has been hired by the Raiders, was a hot topic on Tuesday. McMahon was with the Colts when McAfee played in Indianapolis. His son works on McAfee’s show.

“He’s a guy that just works really hard,” McAfee said after he got off the air when asked about McMahon. “He has a great connection with the team and has high expectations. He brought an entire new game to me that I will forever be grateful for. Tom McMahon brought out the best in me.”

McAfee indicated McMahon’s struggles in Denver could have been more of a personnel issue, which will not be the case with the Raiders. “I assume AJ Cole and Daniel Carlson, who are already incredibly talented, will go to another level. With the pieces in place, I assume he’s very happy to walk in those doors. I think Raiders fans should be pumped up about it as well.”

McAfee has used his platform in part to bring more attention to special-teamers around the league.

He has certainly taken note of Cole, the Raiders’ Pro Bowl punter and a first-team All-Pro.

“I love the man,” he said. “Incredible mustache, he’s hysterical and he bombs balls.”

Part of McAfee’s admiration for Cole is that his popularity has grown organically and is based on a foundation of ability on the field. While Cole has a dynamic personality, he let his play do the talking until people discovered it instead of just coming out and being loud and boastful with no substance.

“The thing I like about AJ is that although he is hysterical, and we know he’s a hilarious human, he is incredible at his job,” McAfee said.

The Bengals arrived in Southern California on Tuesday and will spend the week practicing on the campus of UCLA.

A group of students gathered to greet the Bengals upon their arrival, with some of them chanting the name “Harambe.”

The gorilla was shot and killed by a zoo worker in Cincinnati after a three-year-old boy climbed into the enclosure and was grabbed by Harambe.

Bengals defensive end Sam Hubbard said on a recent comedy podcast that the team is trying to win the Super Bowl in memory of the gorilla, who became a popular cause on the internet after his death in 2016.

Rams’ tight end Tyler Higbee likely won’t be able to practice this week due to a sprained MCL, according to coach Sean McVay.

McVay did stop short of ruling out Higbee, who had 61 receptions and five touchdowns in the regular season, for the Super Bowl. He didn’t sound optimistic, however.

Kendall Blanton took on a more prominent role in the NFC championship game after Higbee was injured and had season highs of five catches for 57 yards. He had just four catches all regular season.