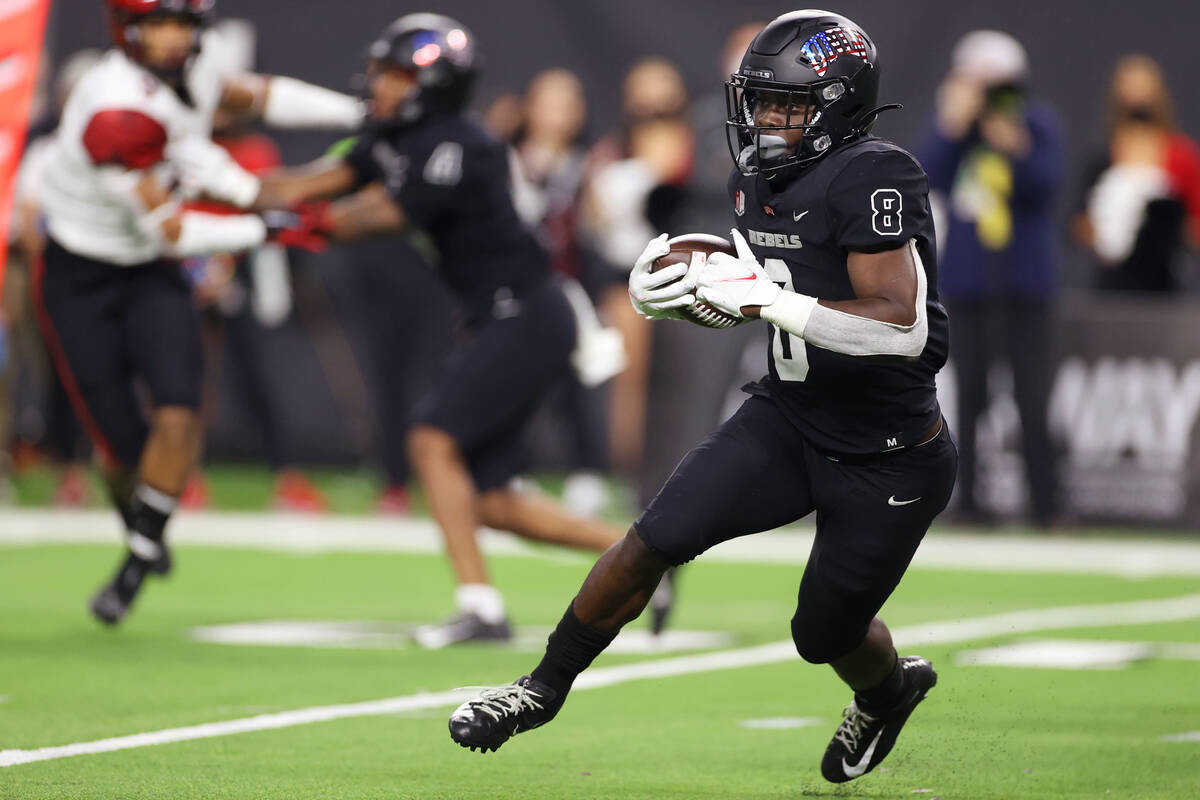 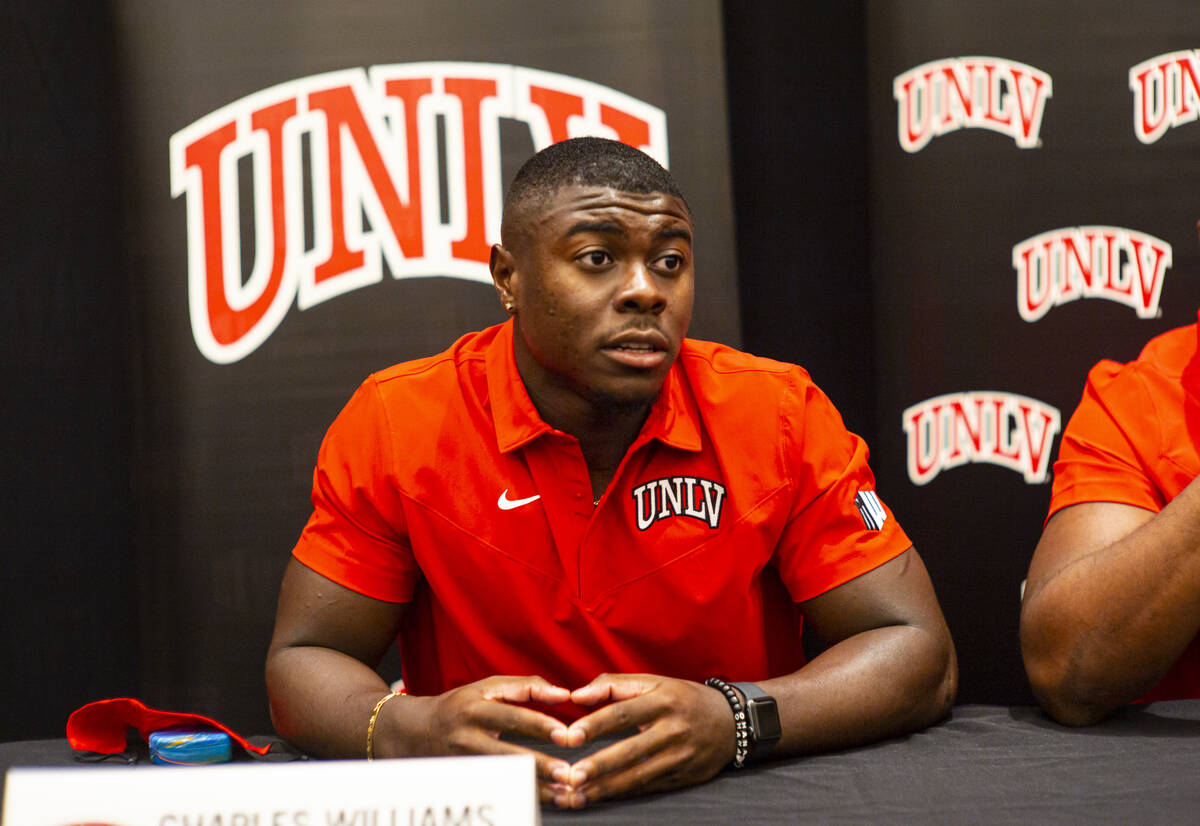 Charles Williams left UNLV’s football program last fall as its all-time leading rusher. But carrying the football isn’t the only thing he believes he can do for an NFL team.

“I could be on punt block. Block down the field. I could be on kickoff and kickoff return,” he said. “I could fly down as a gunner on punt. Flipping the field for a defense.”

Anything for an opportunity.

He concluded his career at UNLV last fall with 4,196 rushing yards and as an All-Mountain West first team honoree in his sixth and final season with the Rebels.

He practiced and played before NFL scouts at the Hula Bowl in January and participated in UNLV’s pro day early last month, running the 40-yard-dash in 4.49 seconds — a mark on par with other NFL running backs.

“I just want a shot. A chance to show what I can do,” Williams said last week during a telephone interview. “Once I get that opportunity, I’ve got to run away with it because there’s no guarantees in the NFL. … Every day is a job interview in my opinion.”

Williams rushed for 1,257 yards and 11 touchdowns as a fourth-year junior in 2019, averaging 5.9 yards per rush in his first season as UNLV’s primary ball-carrier. But his senior season of 2020 was truncated by COVID-19 and his raw production and efficiency dropped.

He finished with 495 rushing yards and four touchdowns, logging 4.3 yards per carry in six games — prompting weeks of deliberation about his professional prospects amid an NCAA ruling that allowed student-athletes affected by the coronavirus an additional year of eligibility.

Plus, he battled through a nagging ankle injury that required what he called a “cleanup” surgery during the offseason, further complicating his decision. So he consulted with his family and Rebels coach Marcus Arroyo before deciding to return for one more year to improve his pro prospects and anchor the program’s rebuild.

Williams said his primary focus last offseason was improving as a pass catcher. COVID-19 and its subsequent protocols prevented him from preparing the way he wanted to for the 2020 season. But he trained last summer with Rebels quarterbacks, refining his route running and timing.

And he utilized the program’s JUGS football throwing machine to improve his pass catching.

“I took advantage of the time we had and everything like that because in the summer, you get all that free time,” Williams said. “It reminded me with my 2019 season when I used to be out with the receivers, quarterbacks every other day.”

“I went back to my roots and figured out what was the key formula for the success I had in 2019. I just looked at that and followed that blueprint,” he said.

Williams’ successes secured him an invitation to the Hula Bowl, an annual all-star game played Jan. 15 in Orlando, Florida, during which he unveiled his speed and vision on a 47-yard carry.

He relocated afterward to Los Angeles to train with Gary Cablayan, a renowned speed coach based in Long Beach best known with his work with Pro Bowl wide receiver DeSean Jackson, who played in 2021 with the Raiders. Williams spent the ensuing several weeks training for his pro day while strength training six days per week.

“At the end of the day, we’re definitely happy and confident in the results that he got,” said Cablayan, whose prepped football players the last 15 years for pro days and the NFL’s scouting combine.

“It’s just about when you come out, who else you’re going against, and it’s just getting that opportunity,” he added. “Sometimes things just fall the right way where somebody’s injured or whatever, and you’re ready, you step up and you’re there, you’ll probably stick.”

Williams said he’s been contacted so far by representatives from the Raiders, Denver Broncos, Buffalo Bills and Arizona Cardinals.

The Broncos and Bills have shown the most interest, he said.

“An NFL team is going to get, not just a running back, but somebody that’s also versatile on special teams,” Williams said. “I’m a team player. I want to help the team win at all cost. I want to be a part of a team that wins a Super Bowl.” 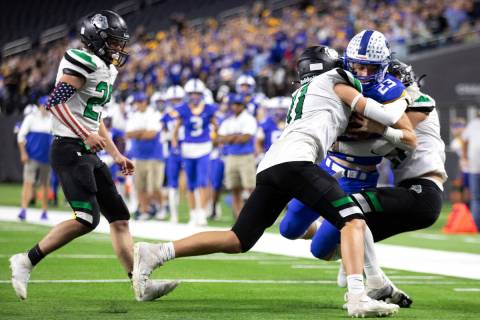 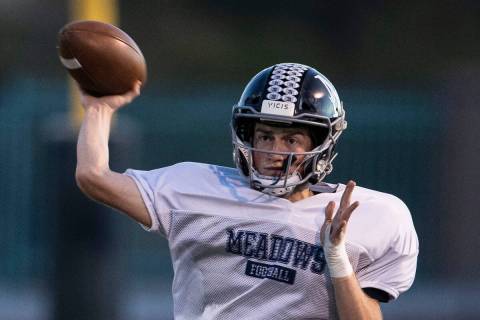 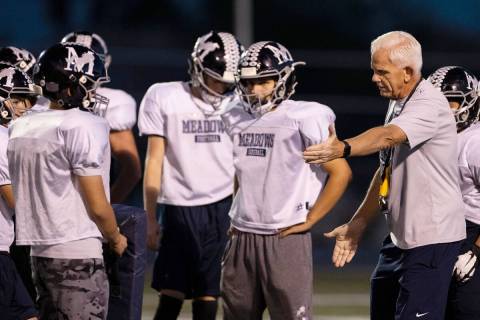