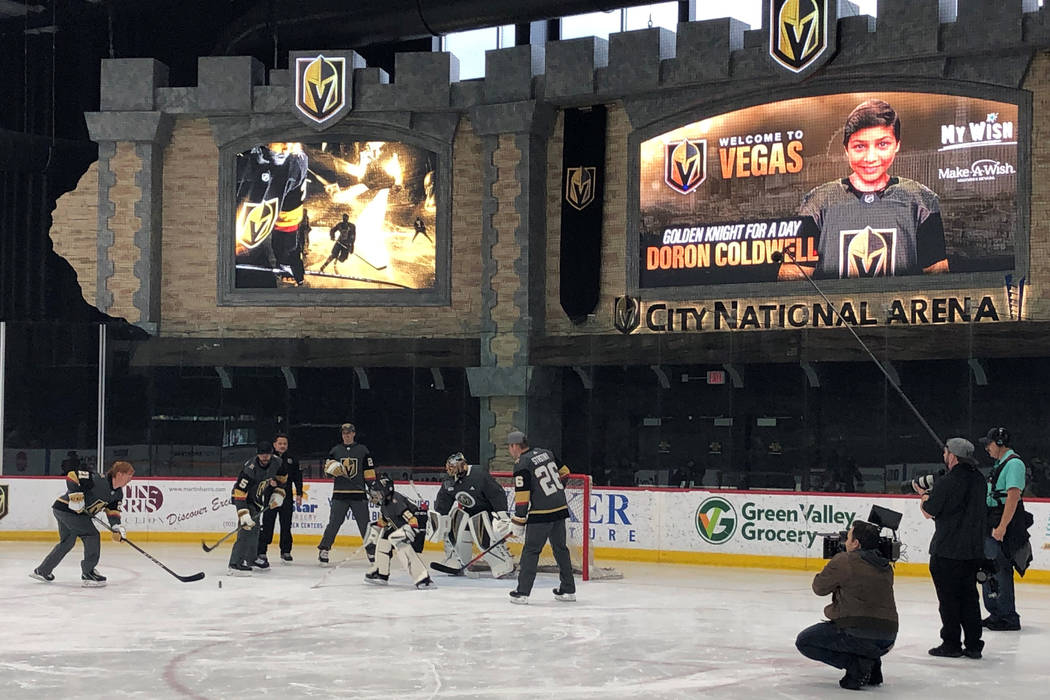 13-year-old Doron Coldwell spends a day with the team and even gets an opportunity to replace his favorite player, three-time Stanley Cup winner Marc-Andre Fleury, in the net for ESPN's "My Wish" series. (ESPN) 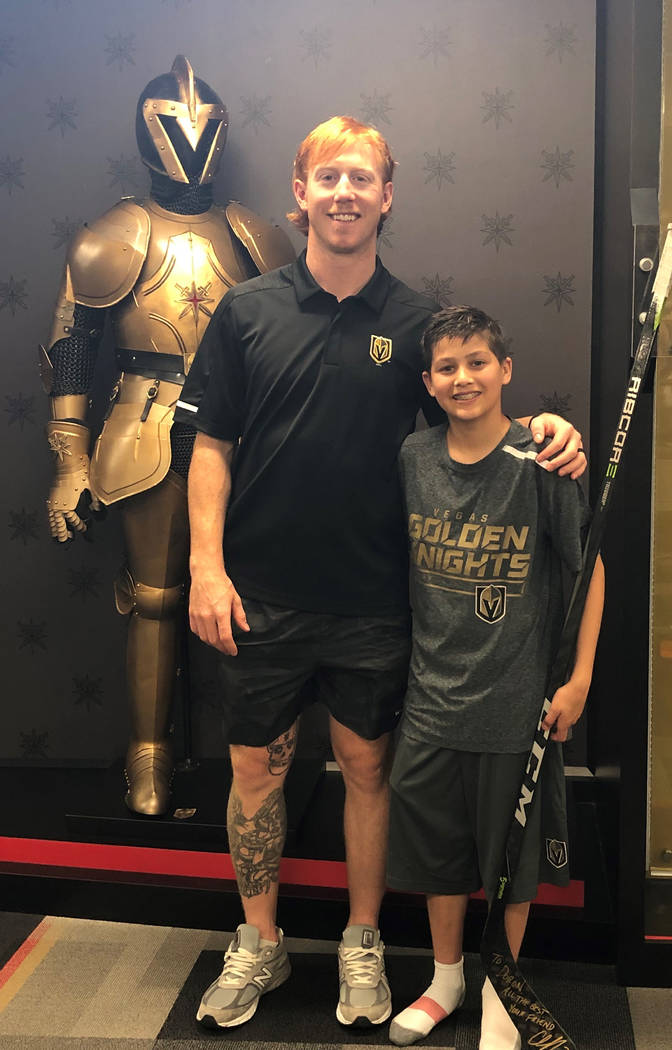 13-year-old Doron Coldwell with Golden Knights center Cody Eakin during his time with the team for ESPN's "My Wish" series. (ESPN)

Golden Knights fans should be ready to have their heartstrings tugged based on a promo for an ESPN “My Wish” segment airing Wednesday.

The teaser for the SportsCenter clip shows Doron Coldwell, a 13-year-old Las Vegas who’s battled Hodgkin’s lymphoma, practicing and fist-bumping with the Knights.

Coldwell got to replace Fleury in net for a day as part of the series, which was created in 2006 through a partnership between ESPN and Make-A-Wish. The segment will re-air as part of a one-hour “My Wish” special on Aug. 11 at 1 p.m. on KTNV-13.