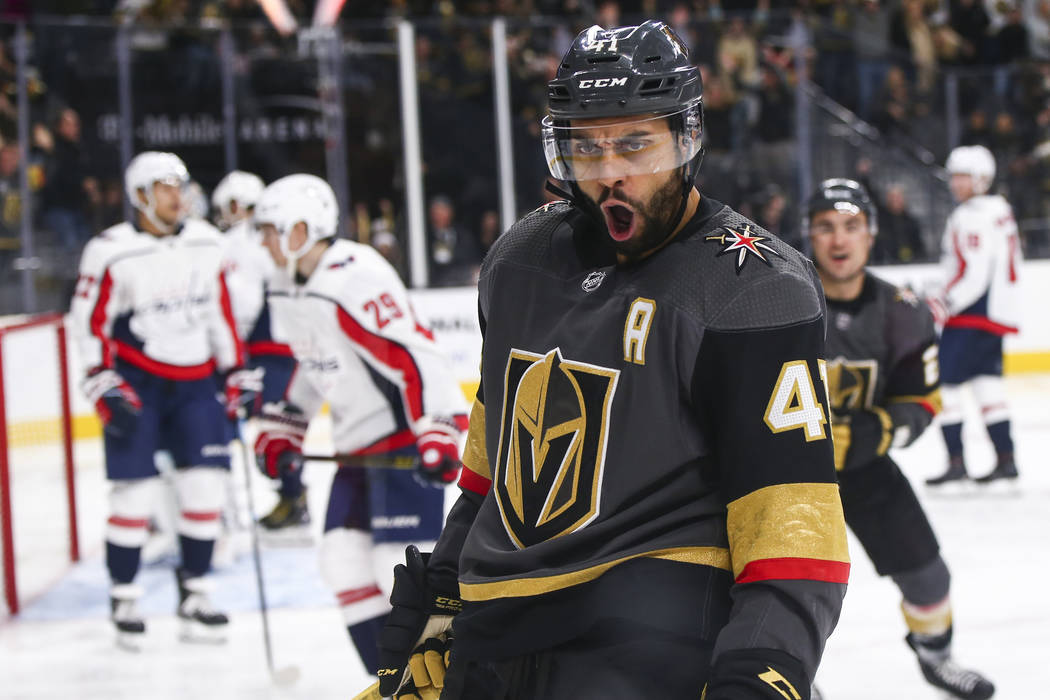 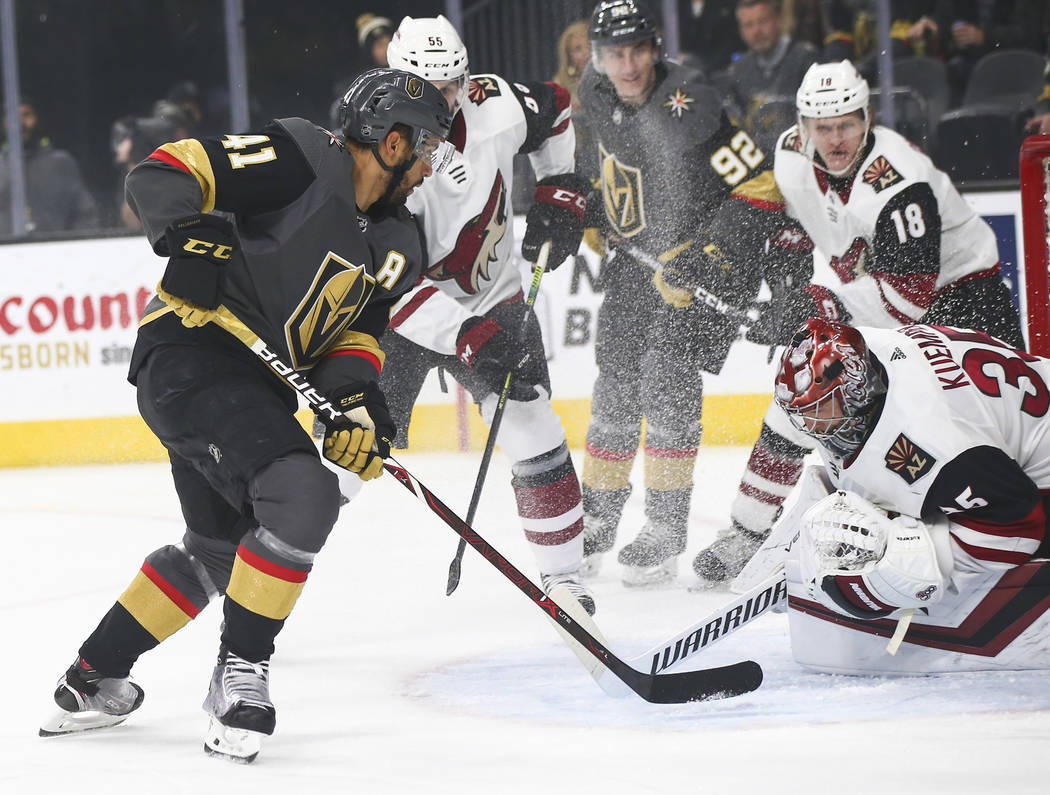 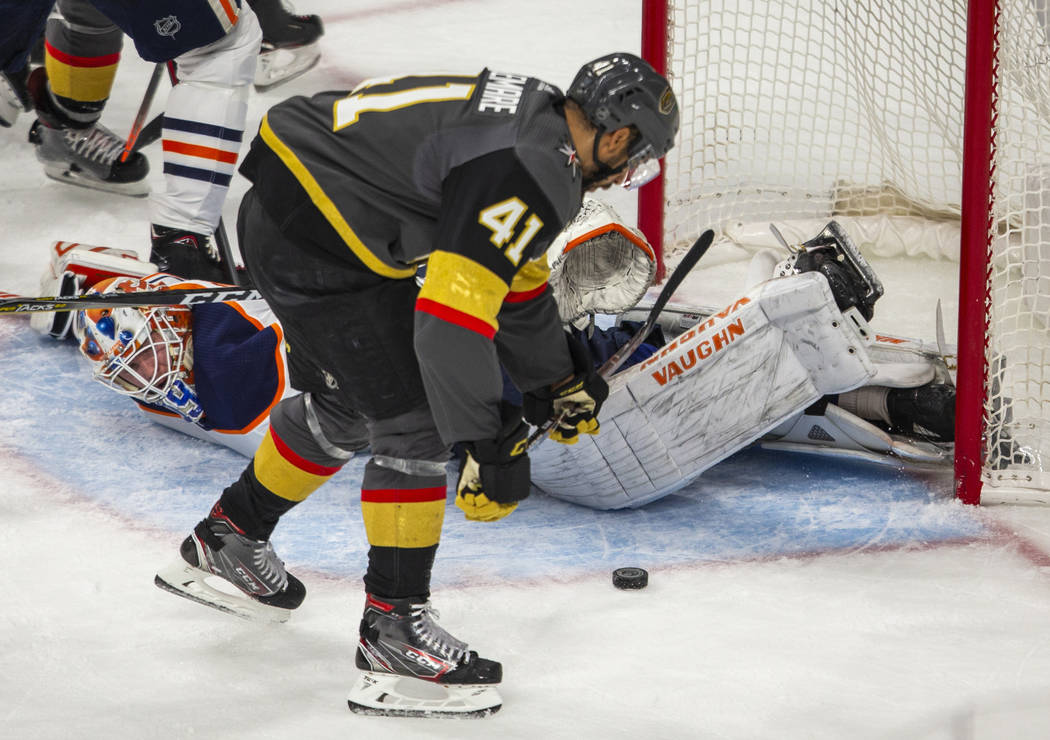 Edmonton Oilers goaltender Mikko Koskinen (19) is down on the ice as Vegas Golden Knights center Pierre-Edouard Bellemare (41) attempts to shoot over him during the second period of their game on Monday, April 1, 2019. (L.E. Baskow/Las Vegas Review-Journal) 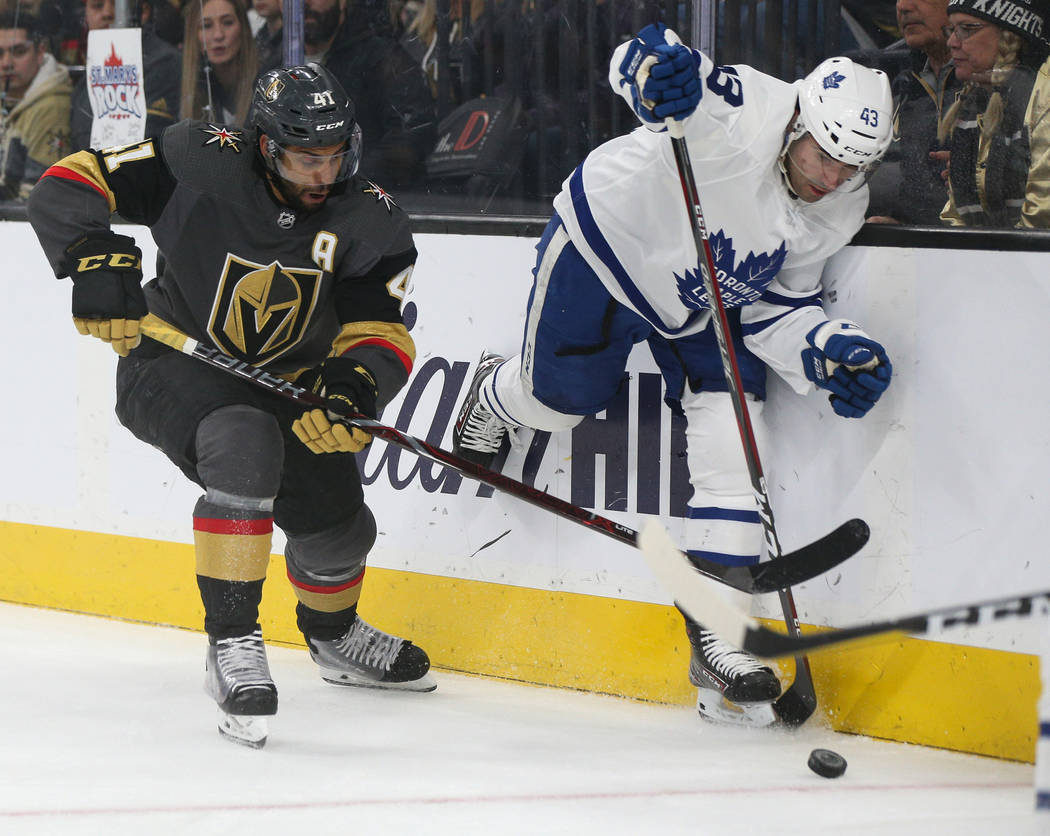 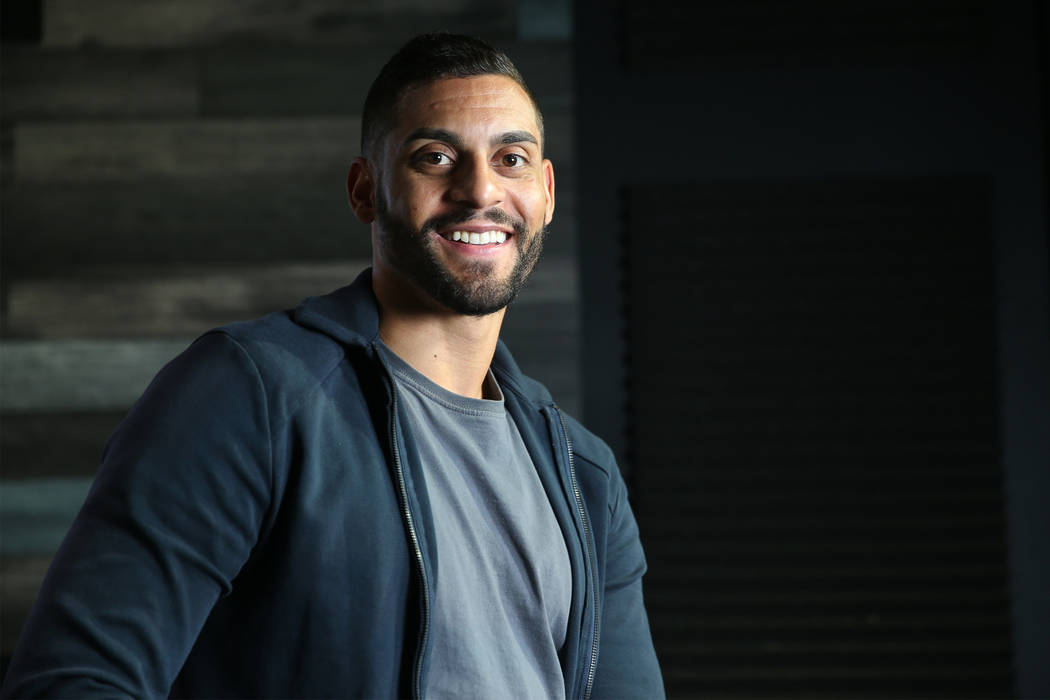 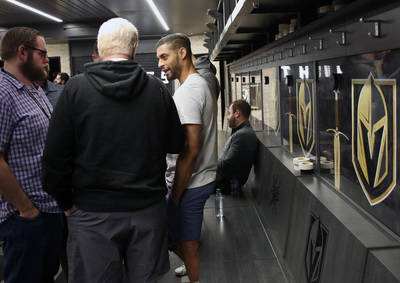 Pierre-Edouard Bellemare was the glue on the Golden Knights’ fourth line for two seasons, a hard-working center who kept wingers such as Ryan Reaves and William Carrier focused on the finer points of every game plan.

Notice the past tense, though?

That’s because Bellemare is set to become an unrestricted free agent this summer, and with the Knights pushed against the salary cap, the 34-year-old might have played his final game for the club.

“Obviously, Vegas is going to have the first shot at it, and then it’s all about if they want me here or not,” Bellemare said on exit interview day in April. “I’ve done everything I can to help the team, and if they decide I’m not the right person for the job, I’d be happy for the team because they would get somebody better than me in the spot. But obviously if they want me, I would love to stay.”

Bellemare emerged as one of the top penalty killers for the Knights after he was selected from Philadelphia in the expansion draft and an integral part of the team’s leadership group, serving as alternate captain the past two seasons.

He posted six goals and a career-high 16 points in 72 games to help the Knights reach the Stanley Cup Final in their inaugural season and finished this past season with 15 points (six goals, nine assists) in 76 games.

Bellemare suffered a right knee injury on his final shift during Game 6 of the Western Conference quarterfinals and watched the Knights’ gut-wrenching 5-4 overtime loss to San Jose in Game 7 from a secluded room at SAP Center.

He wore a heavy brace on his knee during his exit interview with the media, and coach Gerard Gallant said it probably was a two- to three-week injury.

“I went through a few T-shirts that game,” Bellemare said. “You trust the team to do the job. We didn’t get the outcome we wanted, but, yeah, very frustrating to not be able to help.”

Bellemare is at the end of a two-year, $2.9 million contract and indicated he was looking for more security than a one-year deal.

The Knights must make cost-cutting moves this offseason to comply with the projected $83 million salary cap and might not be able to squeeze in Bellemare.

In addition, they are crowded down the middle with centers Paul Stastny, Cody Eakin and Erik Haula under contract for next season, restricted free agent William Karlsson negotiating an extension and prospect Cody Glass in the pipeline.

Bellemare raved about his time in Las Vegas and said he and his wife are considering living here after his career is complete. But he noted there were no talks between his agent and the Knights during the season about a new deal.

“Right from, I think, last year in the summer, my agent said that they had a talk and he said that they’re going to let the season play out and then after that there was going to be talks,” Bellemare said. “I’m not the kind of person that likes to talk about this kind of stuff until there is something black and white. There’s no point in talking about it; you can’t affect it, really.”