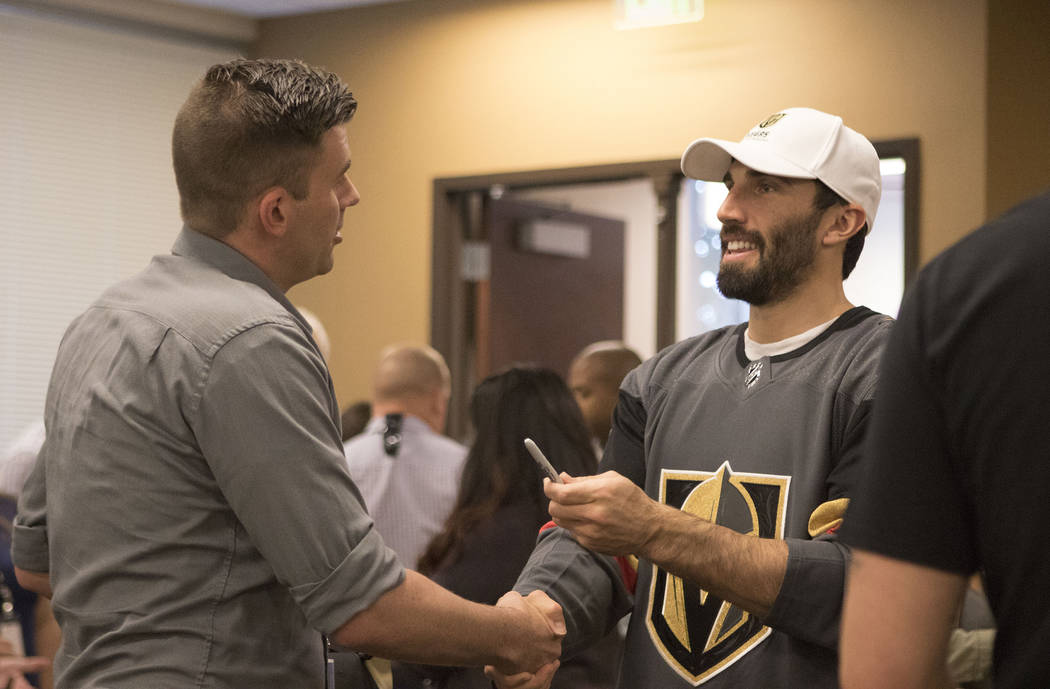 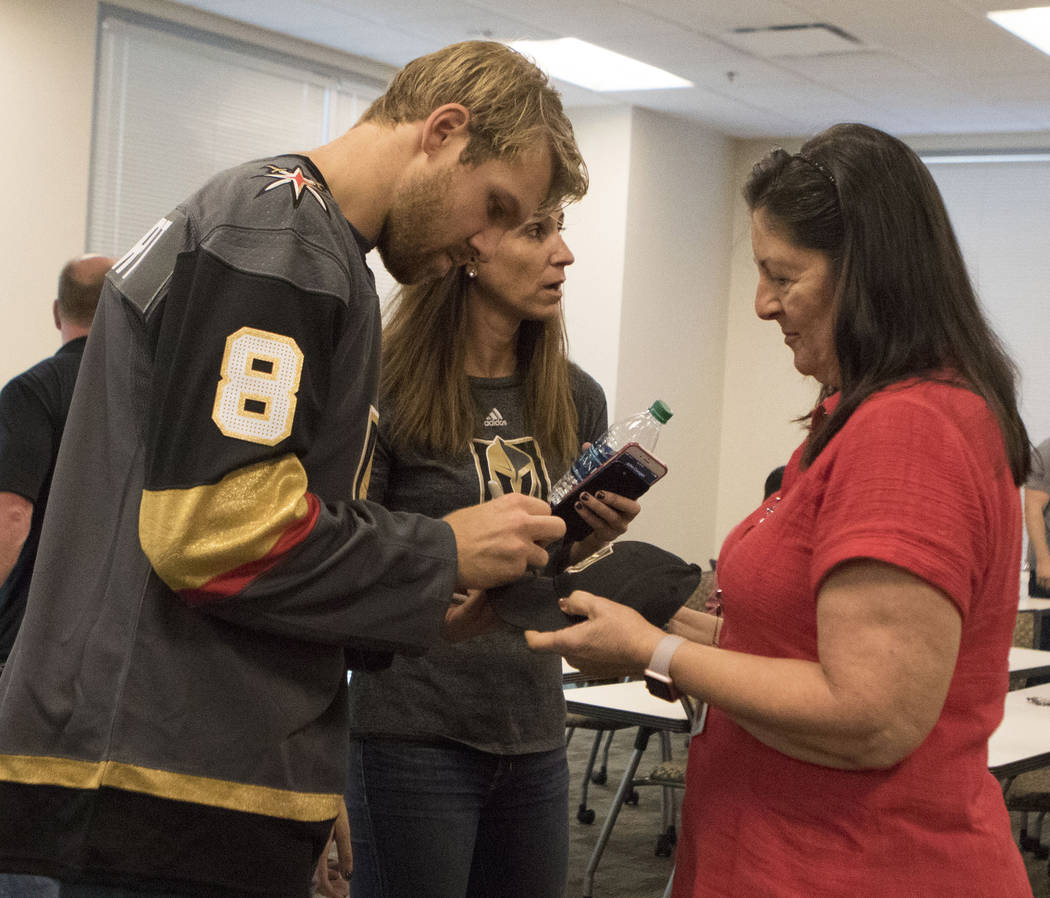 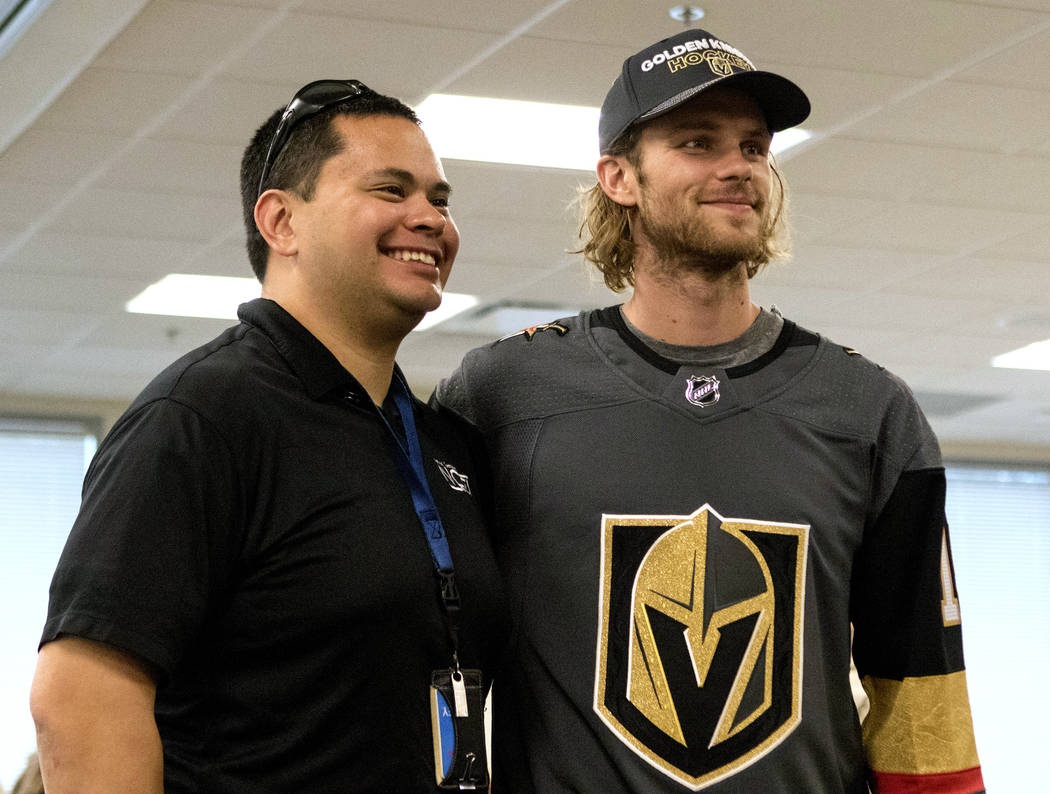 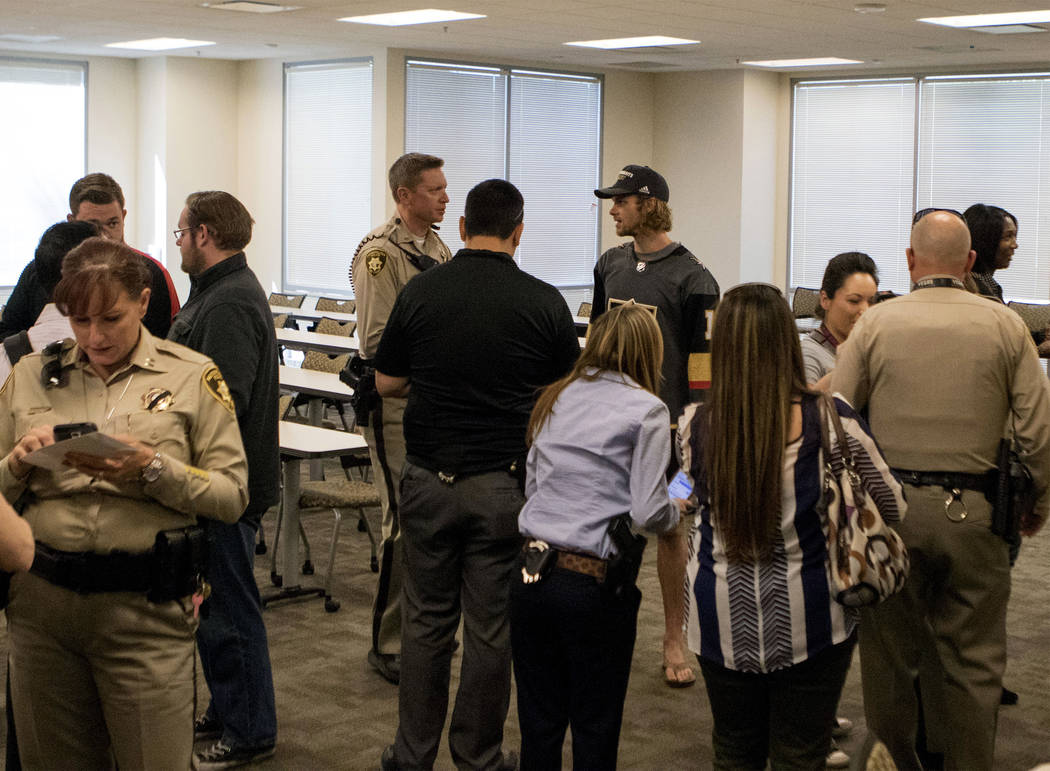 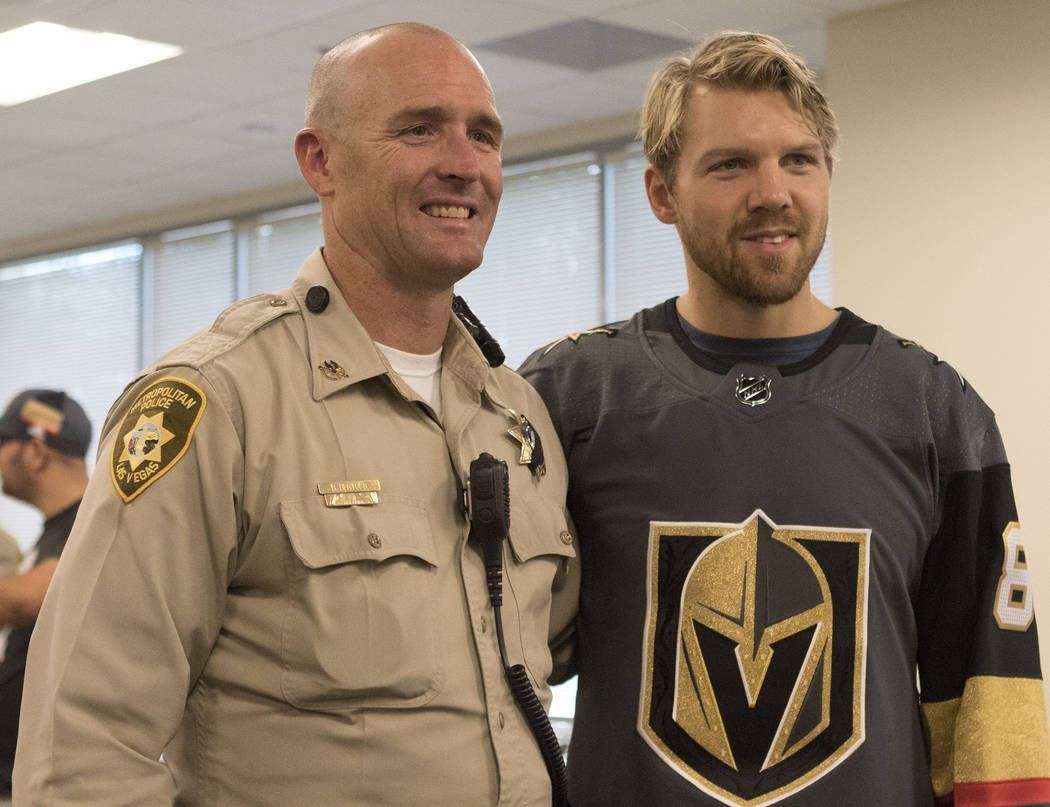 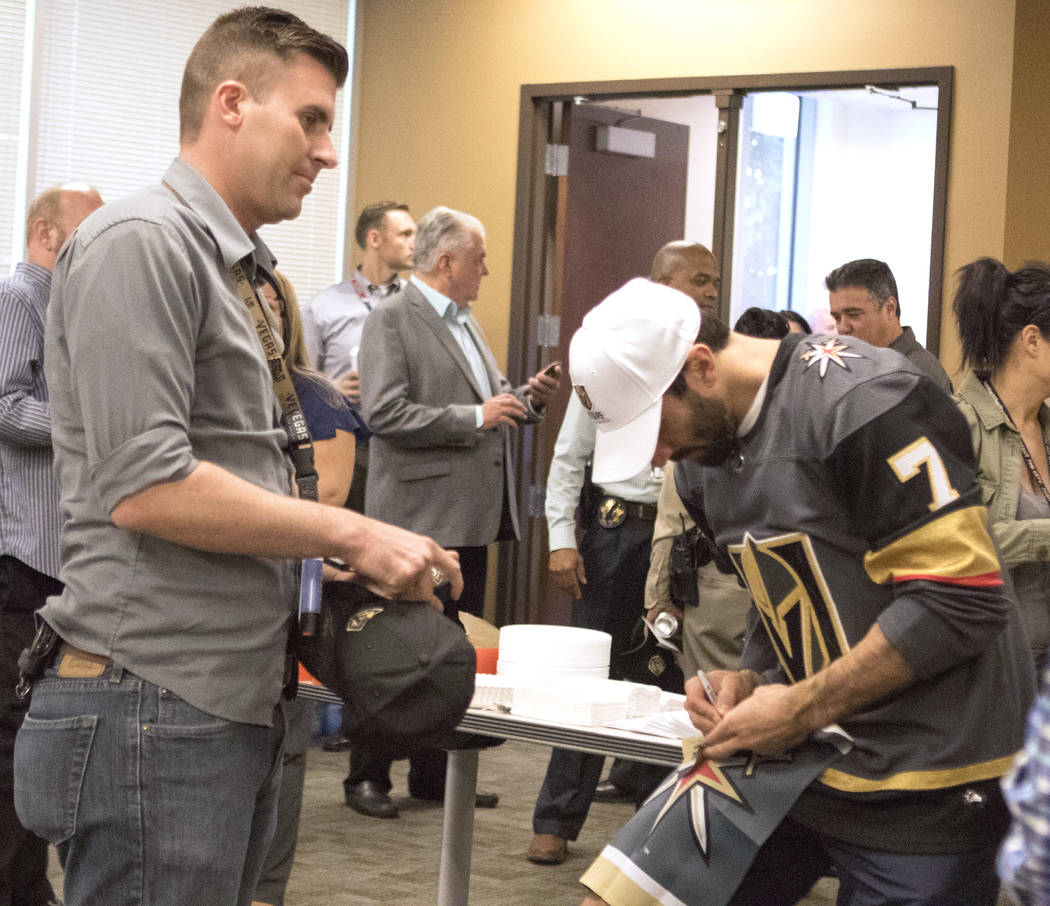 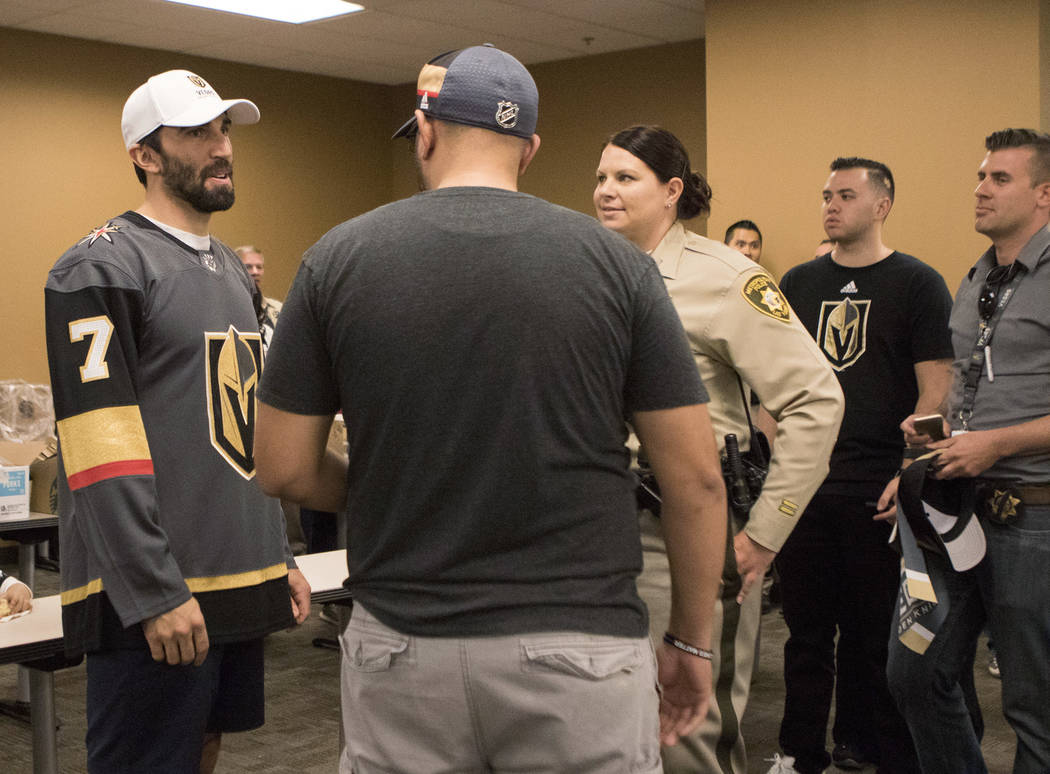 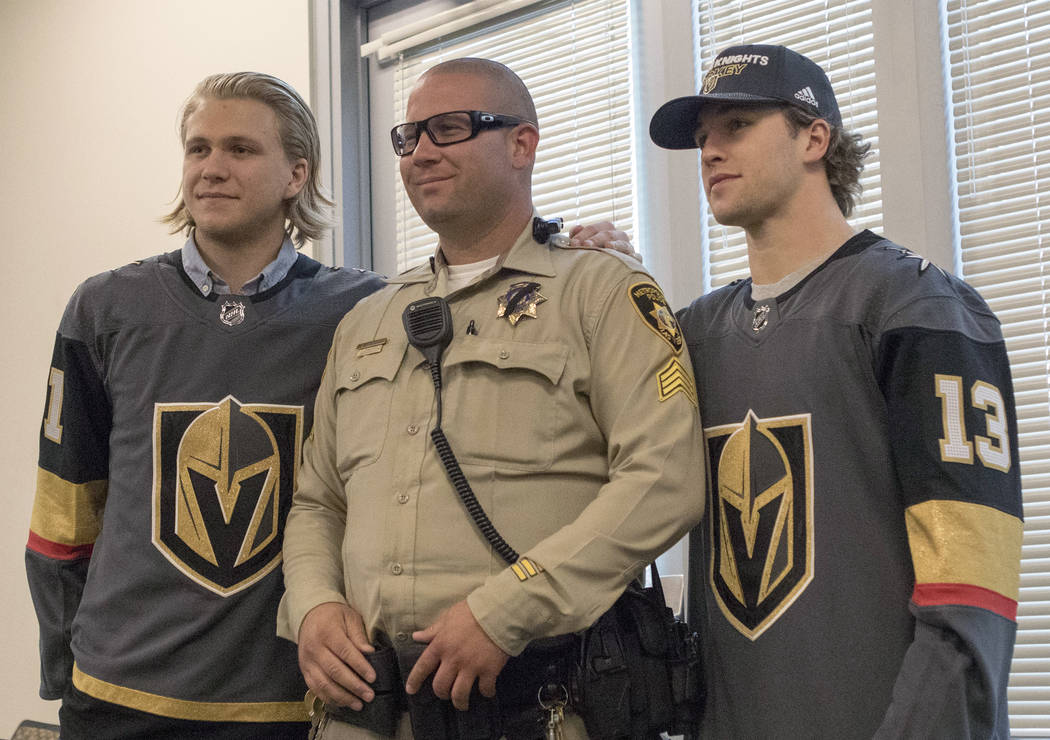 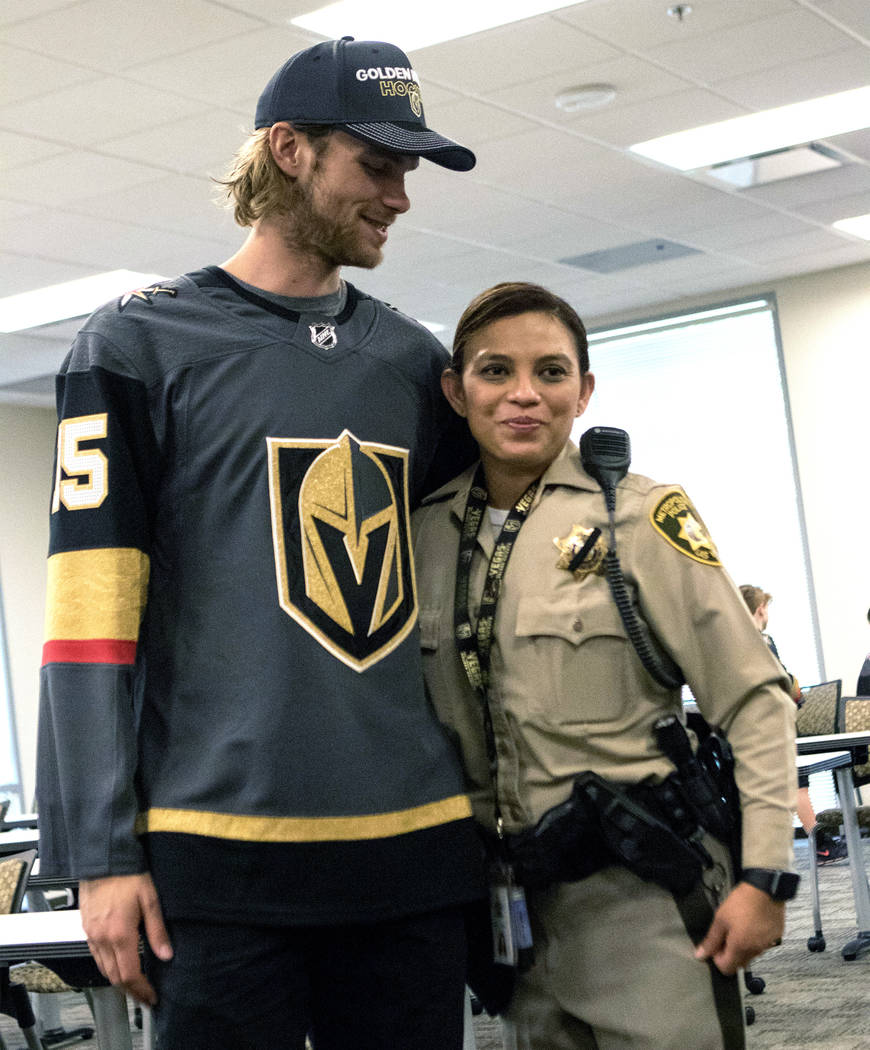 Nate Schmidt saw the images. No way was he going to idly stand by.

Neither were his Golden Knights teammates.

In the wake of Sunday’s horrific events on the Las Vegas Strip across from Mandalay Bay that saw more than 50 people killed and more than 500 injured by a lone deranged gunman, the city’s first major league professional sports team found itself thrust into a unique and unfortunate situation.

Like it or not, the Knights would become part of Las Vegas’ healing process.

“This city has been incredibly receptive to us from From Day One,” said Schmidt, a 26-year-old defenseman from Minnesota said after Tuesday’s practice at City National Arena. “From the moment I got here, it felt more like something of a community than anywhere else I’ve been,” “There’s a small town feel to it. And when something like this happens, you start feeling for the people.

“You start to grow roots here. You get to know people. Them being affected, you want to do whatever you can to help.”

Colin Miller hadn’t yet joined the Boston Bruins when the Boston Marathon bombing took place in 2013. He would join the Bruins two years later. But the Knights defenseman recalled how sports can rally a community and bring it together.

“Obviously it was a pretty sick feeling for everyone who was around,” Miller, a 24-year-old from Sault Ste. Marie, Canada said of the events of Sunday. “It’s been a difficult couple of days for the city. Hopefully, they can rally around the team and we can be a distraction for people and they can follow.”

The players had Monday off after having played their final NHL preseason game Sunday at T-Mobile Arena. The game with the San Jose Sharks, a 5-3 loss, had ended at 7:40 p.m. By 10:08 when the first shots rang out at the audience attending the Route 91 Harvest music festival across from Mandalay Bay, the players, coaches and staff were all either finishing dinner or already home.

“We were at the Cosmopolitan having dinner,” said 21-year-old forward Alex Tuch, who is from Baldwinsville, New York. “Then they put the hotel on lockdown and everyone’s on their phones trying to find out what was going on. There were so many different reports on Twitter, you weren’t sure what to believe. We didn’t get out until after 1 in the morning.”

Once they knew what really happened, the players quickly took to social media to express their concern for the victims and praise the first responders and medical personnel. The team and NHL announced it would make a joint $300,000 donation through its Golden Knights Foundation to aid the shooting victims. Events were canceled and tributes were being planned for the Knights’ home opener Oct. 10.

As the city continues the healing process, the players made public appearances throughout Las Vegas on Tuesday afternoon. Many went to the Las Vegas Convention Center. Others were headed to United Blood Services where hundreds have stood on line, some for as long as six hours, to donate blood. A number of players were also scheduled to appear at Metropolitan Police headquarters.

“I think it’s about as important as it gets,” Schmidt said of the team being visible. “It’s really important for us to get out (Tuesday) and make sure we show the support the people have been showing support for us since we got here.”