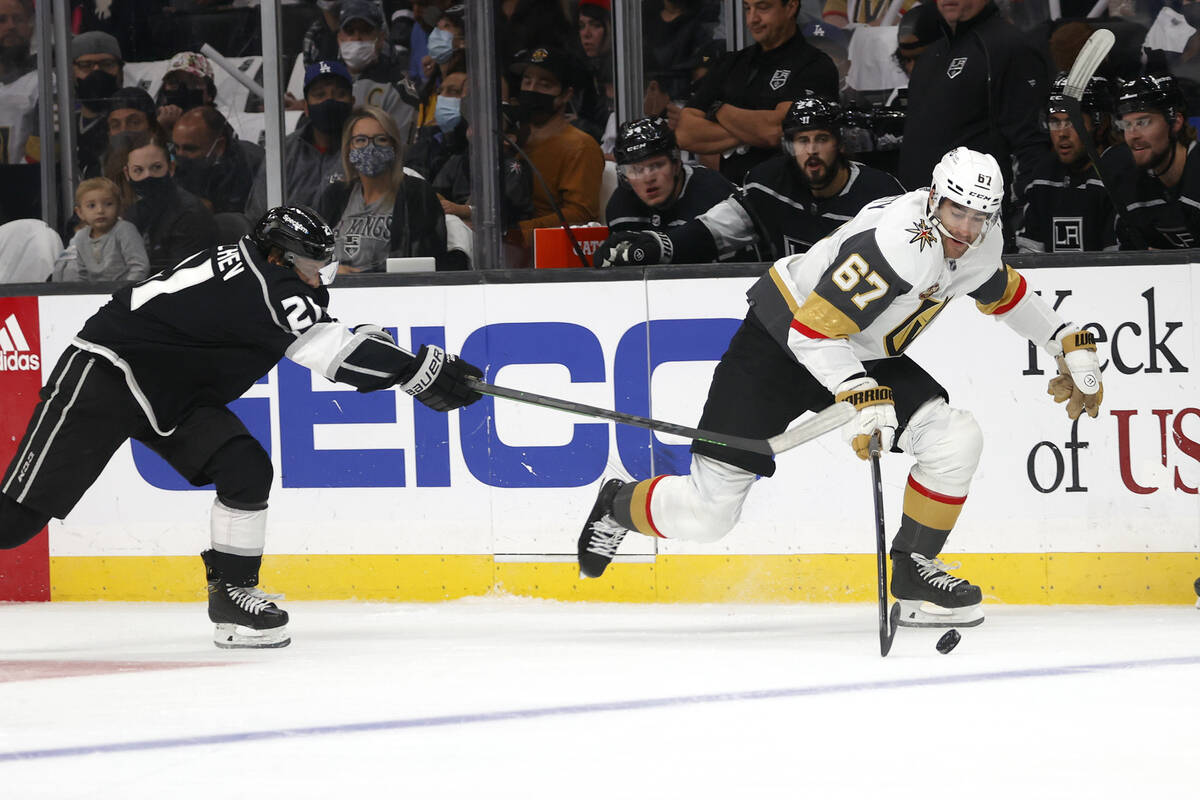 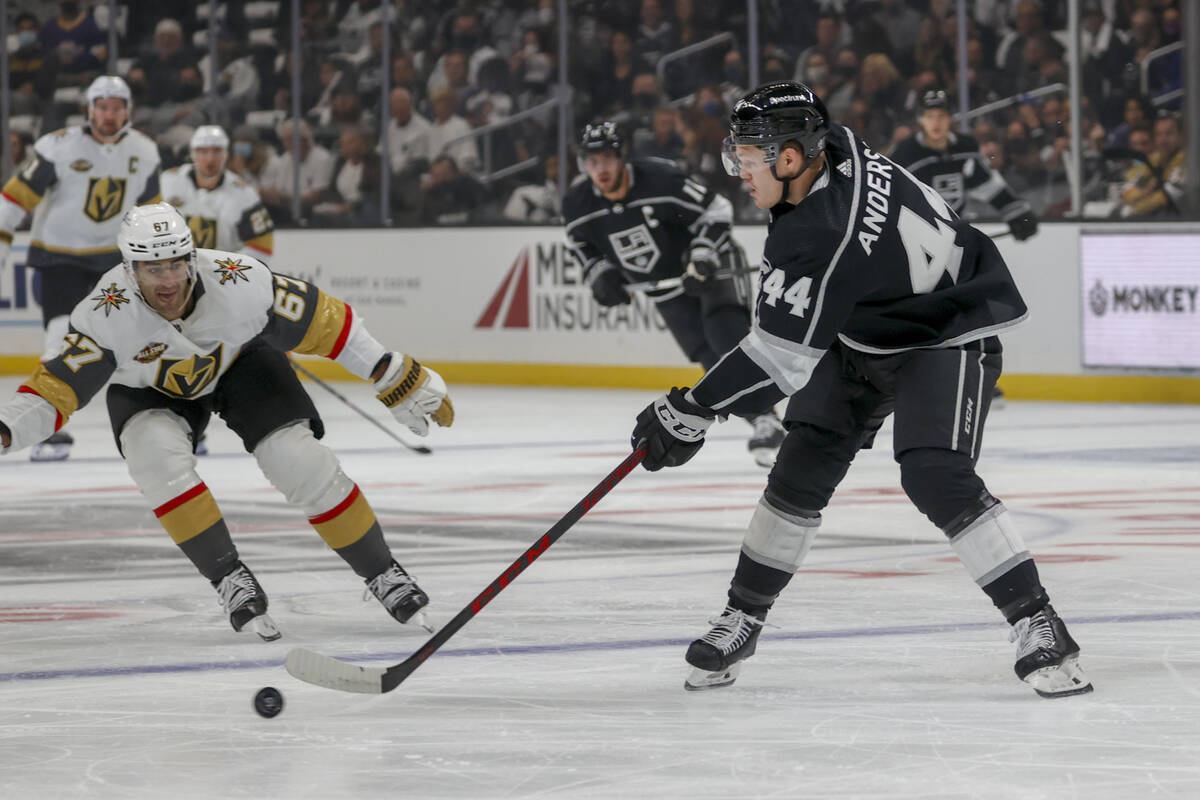 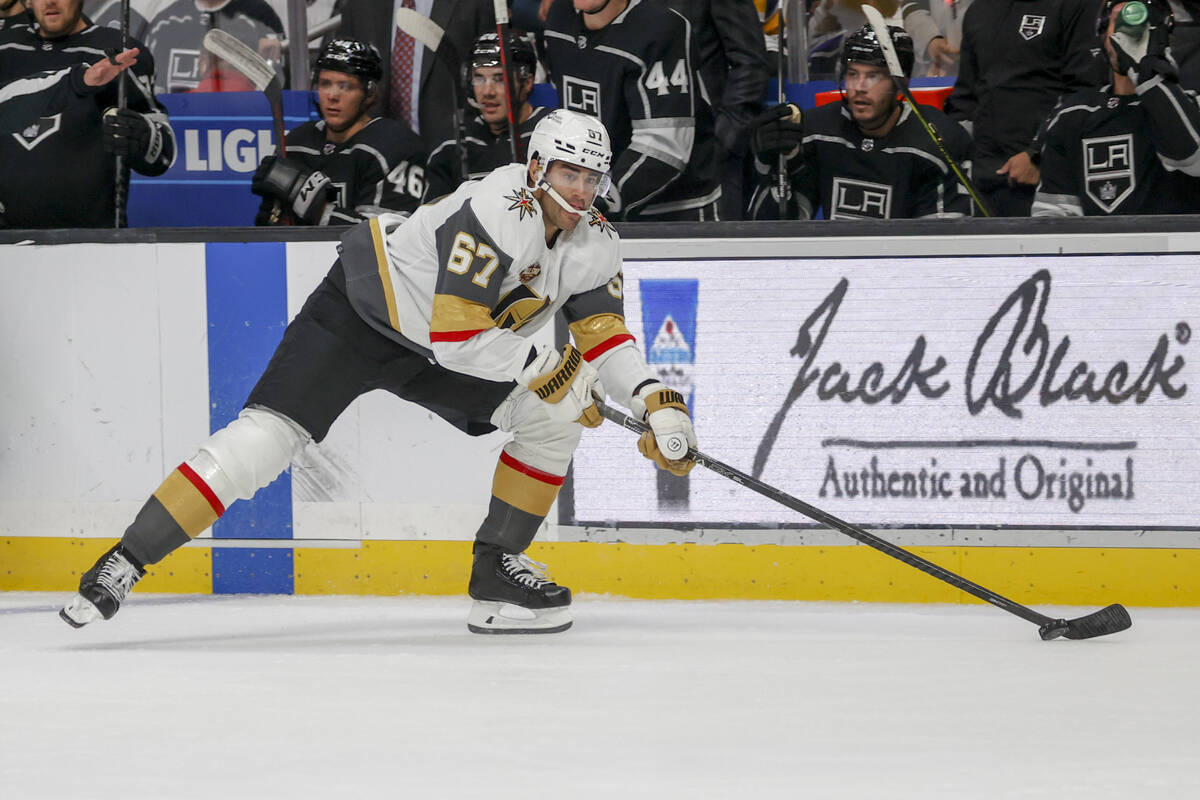 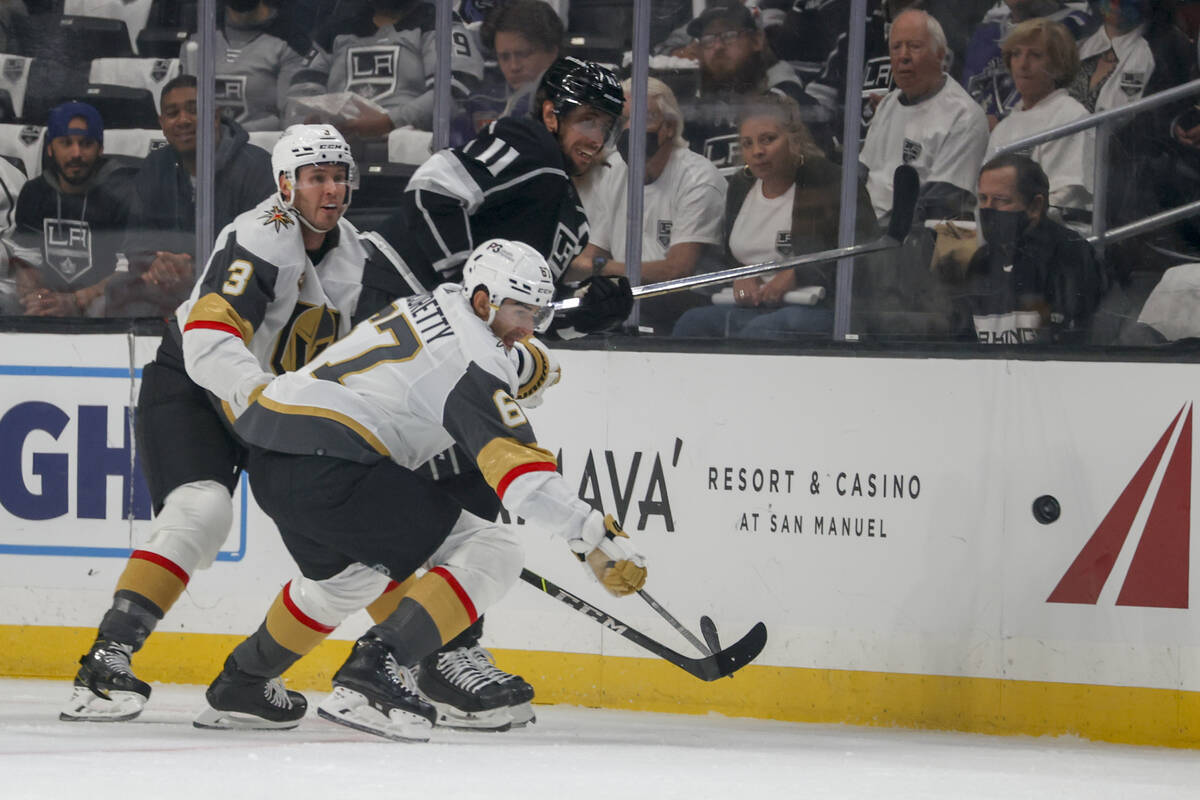 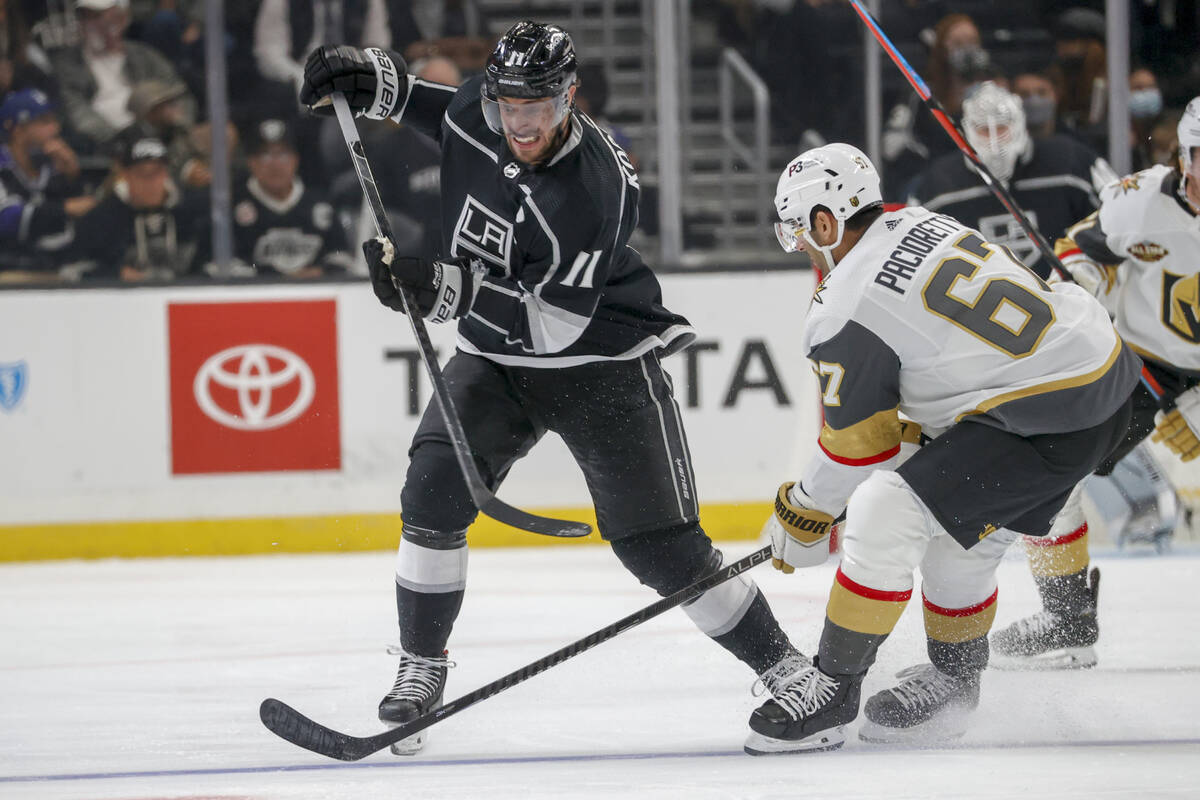 Max Pacioretty was caught grimacing in the left corner of the offensive zone late in the second period of the Golden Knights’ 6-2 road loss to the Los Angeles Kings on Thursday.

It was easy to brush past it. Pacioretty didn’t leave the game. He came back for the third period and played five shifts.

But it was clear something was wrong.

The news was the latest blow to a depleted Knights forward group that has suffered numerous body blows since training camp began. That includes captain Mark Stone, who left in the second period Thursday and didn’t return. DeBoer said Stone is still being evaluated and is considered day to day.

The Knights did receive good news Saturday in that centers Nicolas Roy and Brett Howden, who are on injured reserve, and left wing William Carrier, who is in concussion protocol, skated in the morning away from the rest of the team. They could use the reinforcements, but their latest losses are their most significant.

“I’m hopeful this might be the best thing to happen to us,” DeBoer said. “You take out guys that you rely on for offense every night in your lineup. You got to play with detail. You’ve got to have the defensive foundation. You’ve got to be prepared to win 2-1, 3-2. We’ve got to get that back. We haven’t had enough of that.”

Pacioretty and Stone form two-thirds of the top line and have been one of the NHL’s most effective duos since getting paired late in the 2018-19 season.

In the last three years, the team has outscored opponents 88-47 with Pacioretty and Stone on the ice at five-on-five. The rest of the lineup is plus-11 at five-on-five (172-161) with them off the ice.

Pacioretty, 32, has been the Knights’ leading goal scorer the previous two seasons. His 58 goals since the start of 2019-20 rank ninth in the NHL.

Stone, 29, was the Knights’ leading scorer last season with 61 points in 55 games. He’s considered one of the NHL’s best two-way forwards and was ninth in the Hart Trophy voting last season. He also finished third for the Selke Trophy for best defensive forward.

“Everyone on our team’s going to get a little bit more opportunity to play than what you’re used to,” right wing Keegan Kolesar said. “This will help us out as a team going forward. Every guy has more of a pivotal role in this team right now. We all just got to lift each other up.”

With Pacioretty and Stone injured, Roy, Howden and Carrier working on their own, left wing Mattias Janmark remaining in COVID-19 protocols, right wing Evgenii Dadonov getting a maintenance day and rookie Peyton Krebs with the Silver Knights, the Golden Knights had only six forwards at Saturday’s practice.

They were outnumbered by the team’s seven defensemen. Alec Martinez, who is starting his 13th season, told DeBoer he couldn’t remember that happening in an NHL practice.

The Knights will have a chance to increase their numbers before they play again Wednesday. DeBoer said he hopes Roy, Howden and Carrier can practice Monday.

Getting all three back would be crucial for the Knights’ depth. But there still might be a huge hole at the top of the lineup.

“It’s a good opportunity for guys to step up,” defenseman Brayden McNabb said. “We’re missing guys, and it’s a really good chance for us to solidify our foundation as a team.”