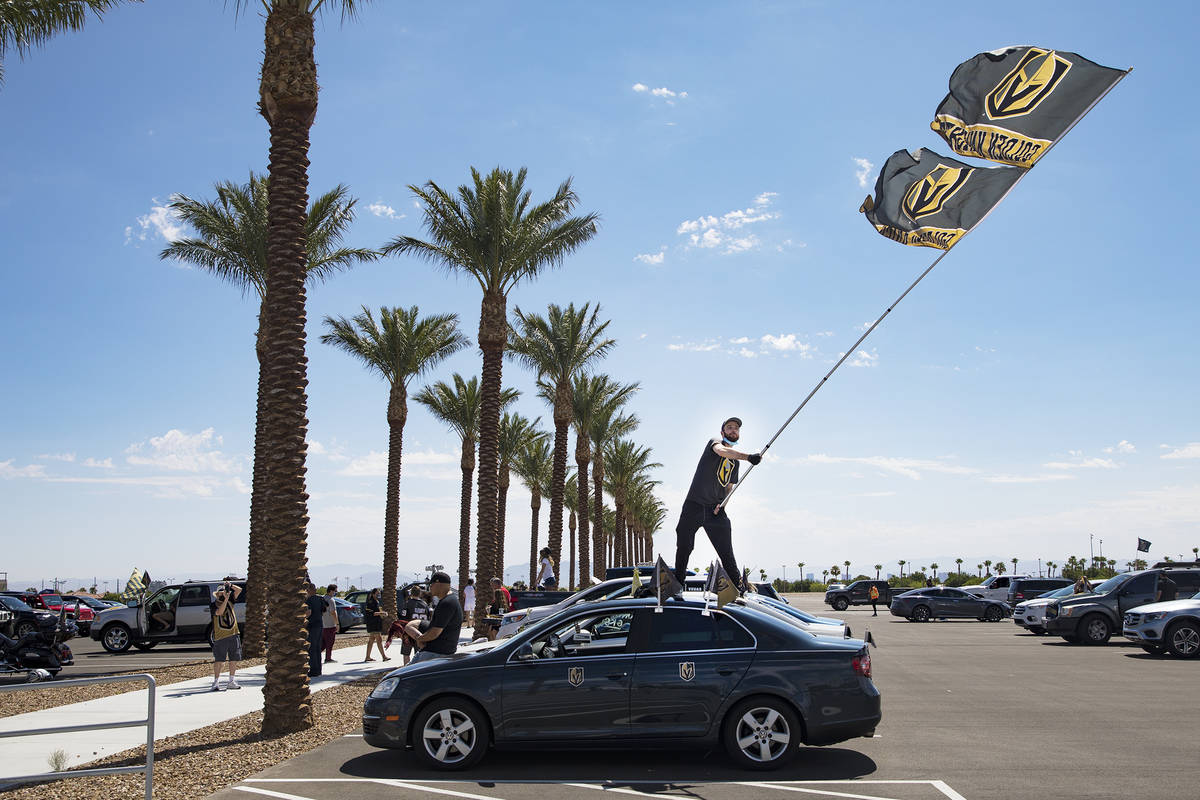 Matt Helfst waves a flag as he waits for the Golden Knights players to pass in buses as they leave for Canada as part of NHLÕs return-to-play plan for the 2020 Stanley Cup Playoffs in a parking lot behind the City National Arena in Las Vegas, Sunday, July 26, 2020. (Rachel Aston/Las Vegas Review-Journal) @rookie__rae 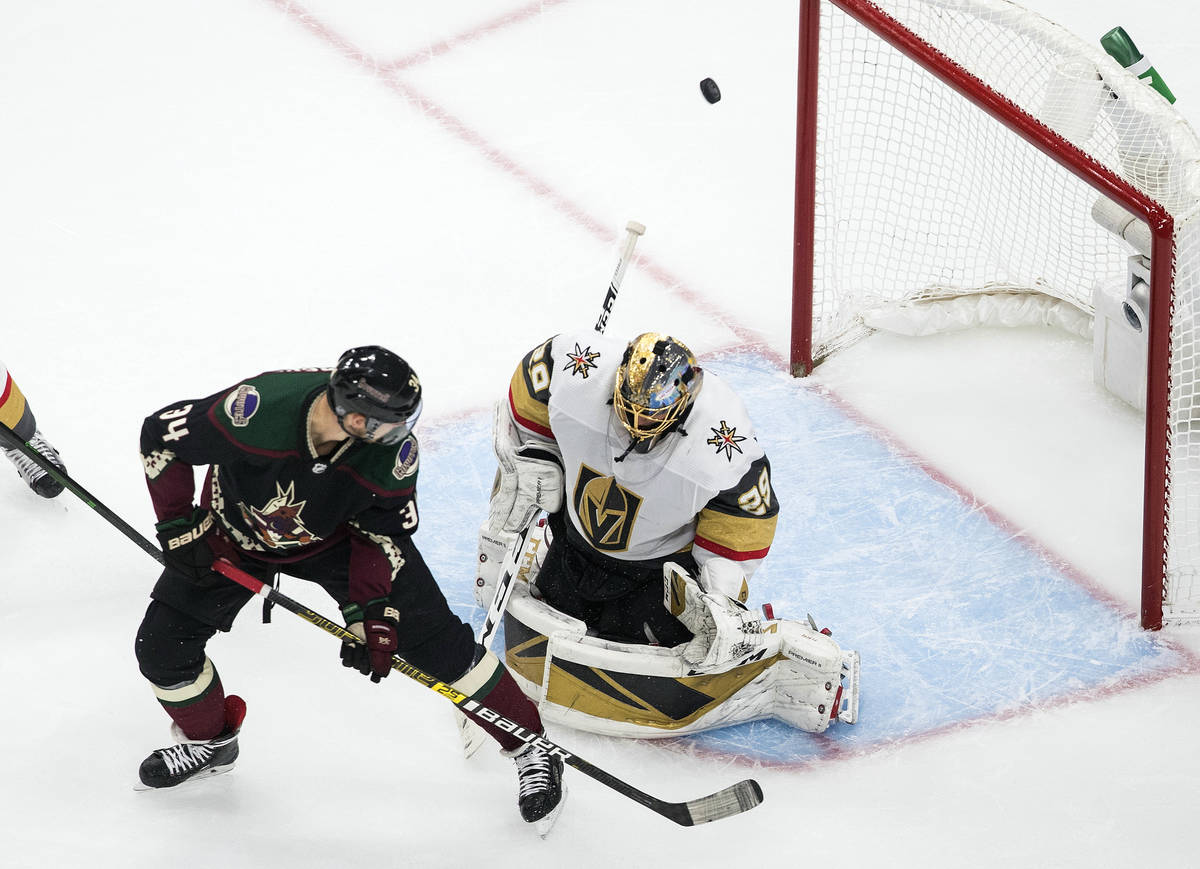 Raise your hand if you think the NHL postseason format is more confusing than driving through those multi-lane roundabouts in Summerlin.

The coronavirus pandemic forced the league to get creative in order to award the Stanley Cup, and it can be difficult to discern between two portions of the playoffs being contested simultaneously.

For instance, the Golden Knights face Dallas at 3:30 p.m. Monday in a round-robin game at Rogers Place in Edmonton, Alberta. But there are also games that are part of the qualifying round.

Don’t worry. Here are the answers to some of the most commonly asked questions leading up to the Knights’ first game in the postseason:

What’s the difference between round-robin and qualifying games?

The round robin involves the top four teams from each conference when the regular season was paused March 12. They were seeded one through four based on their final points percentage and given a bye — a free pass — to the conference quarterfinals.

The qualifying round features the eight remaining teams in each conference. They must still qualify for the quarterfinal round and are playing in a best-of-five series. Like the NCAA basketball tournament, the fifth seed plays No. 12, the sixth seed faces No. 11, the No. 7 seed meets No. 10 and No. 8 draws No. 9.

The series winner advances to face a team from the round robin (we’ll get to that) and the loser heads home with a shot at the No. 1 overall draft pick (don’t ask).

What’s the point of these round-robin games then?

Remember all those years Peyton Manning and the Colts had a first-round bye and then tanked in the NFL playoffs because they weren’t sharp? It’s sort of like that.

The Knights and other teams didn’t want to enter their playoff series off a five-month break and face a team fresh from the qualifying round that was already up to game speed.

The compromise from the NHL and the players’ union was for the top four teams to tune up by playing each other.

What’s the format for the round robin?

In the Western Conference, the Knights, Colorado, Dallas and St. Louis will play each other one time. The games will be just like the regular season, with two points awarded to the winner and one point for an overtime or shootout loss.

If overtime is needed, there will be five minutes of 3-on-3 followed by a shootout.

The team with the most standings points after three games will be rewarded with the No. 1 seed. The second-place finisher is the No. 2 seed, and so forth. If there is a tie in the standings, regular-season points percentage is used to break the deadlock.

Are the Knights eliminated if they lose in the round robin?

Nope. Remember, they’ve already qualified for the next round. These games are designed to prepare for their opening series.

What’s at stake in the round robin?

As part of the return-to-play agreement, the ensuing rounds of the NHL postseason will be reseeded, meaning the top seed has the advantage of playing the lowest remaining seed in every subsequent round.

Do the stats count?

Yes, all games from the round robin and qualifying round count toward the 2020 postseason statistics.

That means if goalie Marc-Andre Fleury pitches a shutout during the round robin, it would be the 16th of his career in the playoffs and move him into a tie with Curtis Joseph for third all time.

What happens after the round robin is completed?

The four teams that participated in the round robin will meet the four winners from the qualifying round in a best-of-seven series in the conference quarterfinals.

The top seed in the round robin plays the lowest seed to emerge from the qualifying round, the No. 2 seed gets the next-lowest seed and so forth. That means the Knights must wait to find out who their opponent will be in the next round.

This all seems confusing now, but once the round robin is done, it will all be familiar again. Promise.