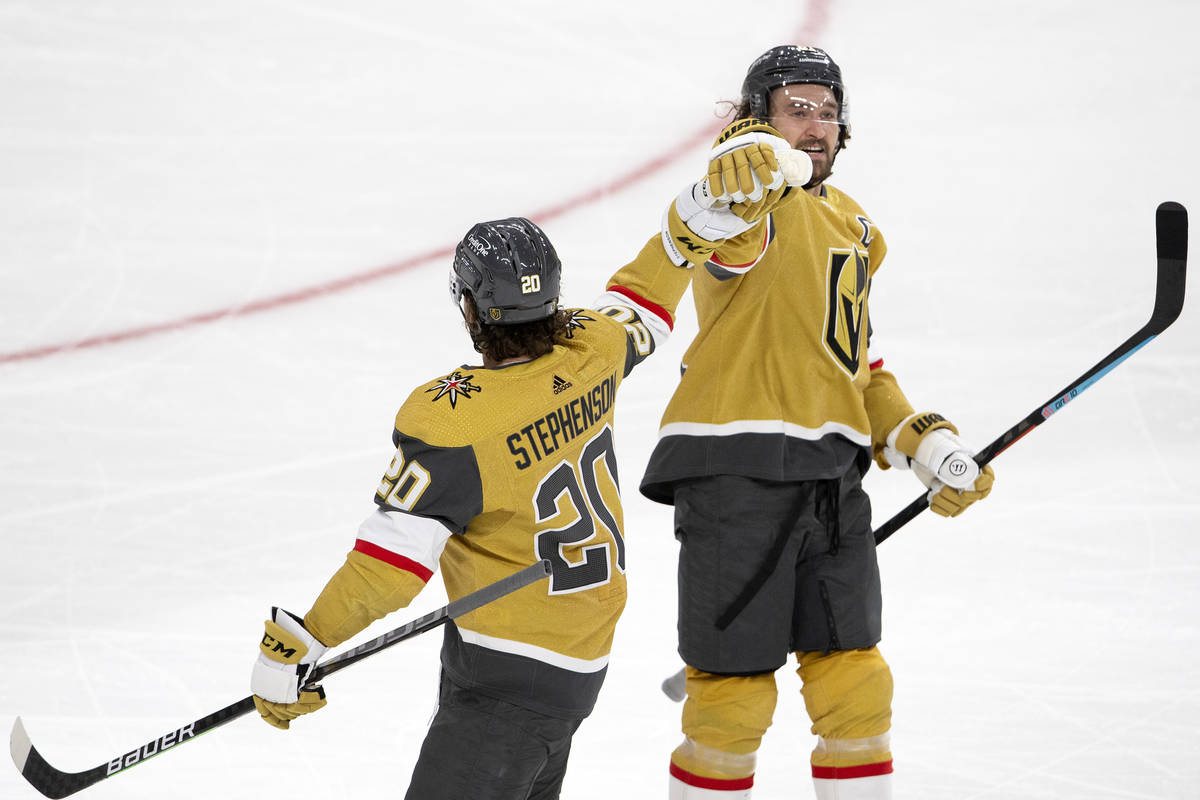 The Minnesota Wild came to Las Vegas intent on making a statement.

They were feisty during two games at T-Mobile Arena. They created chances. They showed they could hang with the Golden Knights on their home ice.

Ultimately, the Wild got just one of a possible four points. And it was because they didn’t have a player like Mark Stone.

The two-game series showed how special the Knights’ captain can be. Stone had one goal and six primary assists in the two games to help keep his team in first place in the West Division.

“That’s why he’s our captain,” left wing Alex Tuch said Monday. “He comes in every day and shows up with that work ethic and that enthusiasm.”

Stone’s performance would have been considered special even if he didn’t impact the second game. He had five primary assists in a 5-4 overtime win Monday, becoming the second player in the past 25 years to accomplish the feat. Only five players have had a higher single-game total in NHL history.

“Not many guys in the world can put on a show like that,” coach Pete DeBoer said.

Stone came back with another massive performance Wednesday. The Knights were on their heels up 2-1 in the third period. Minnesota had 14 of the first 16 shots on goal in the period.

Stone ground that momentum to a halt with a backbreaking goal. He grabbed the puck in the defensive zone to start a two-on-one with center Chandler Stephenson and finished the play to make the score 3-1.

That put Minnesota’s hopes on life support before Stone helped seal the game with the primary assist on Stephenson’s goal 5:30 later for a 4-1 lead.

It was a remarkable effort from the 28-year-old Stone, who is tied for 11th in the NHL in points (24) and is eighth in assists (19). The return of fans might have had something to do with it because Stone has often said how much he likes playing to the crowd.

“It definitely feeds into the way I play the game,” Stone said. “I love coming to the rink and playing hard for these fans. The reason that we get to play this game, the reason we get to enjoy this game is because our fans come and watch us play.”

The Knights have a league-leading 10 home wins, but they’re about to get tested outside of T-Mobile Arena.