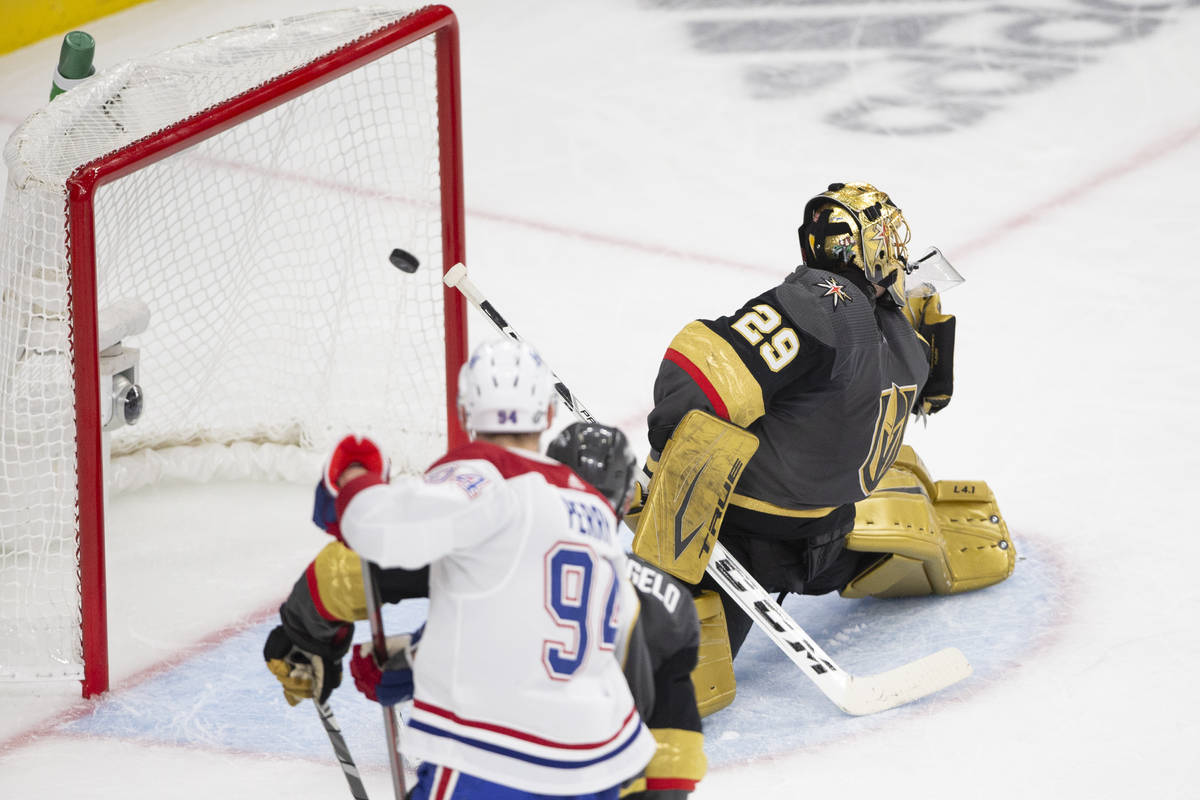 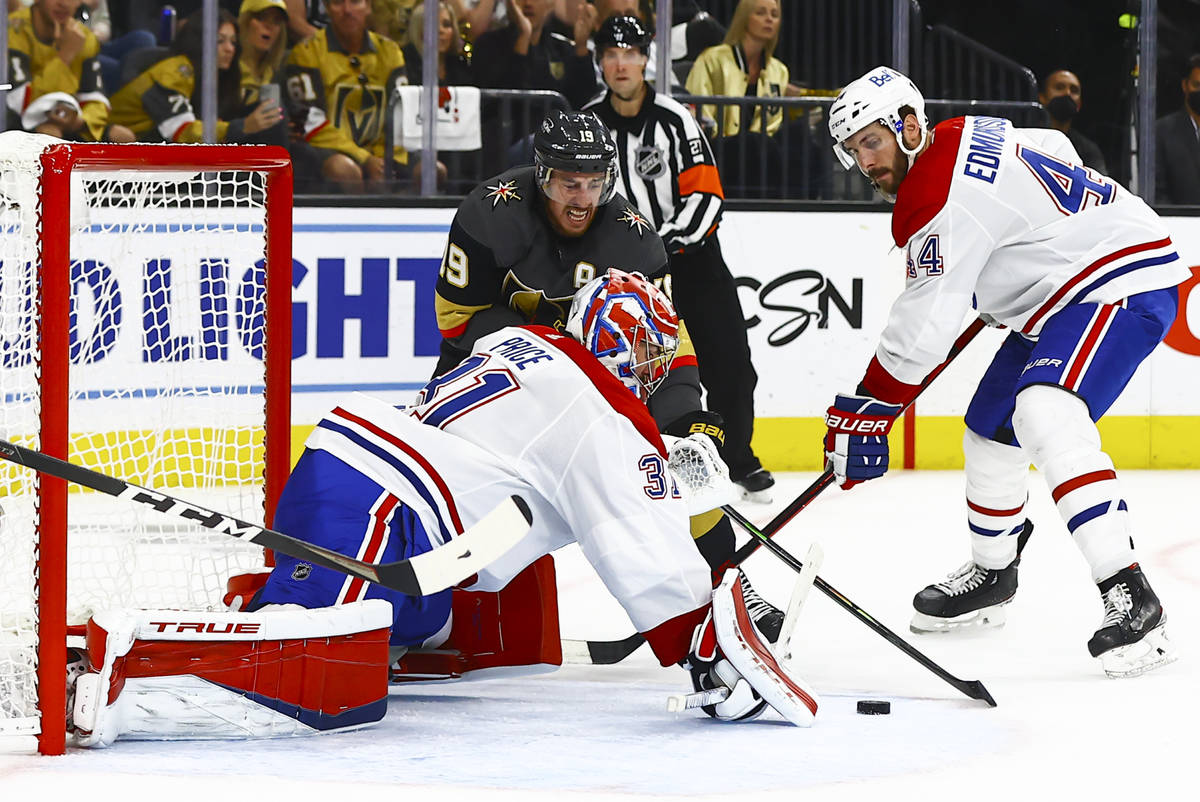 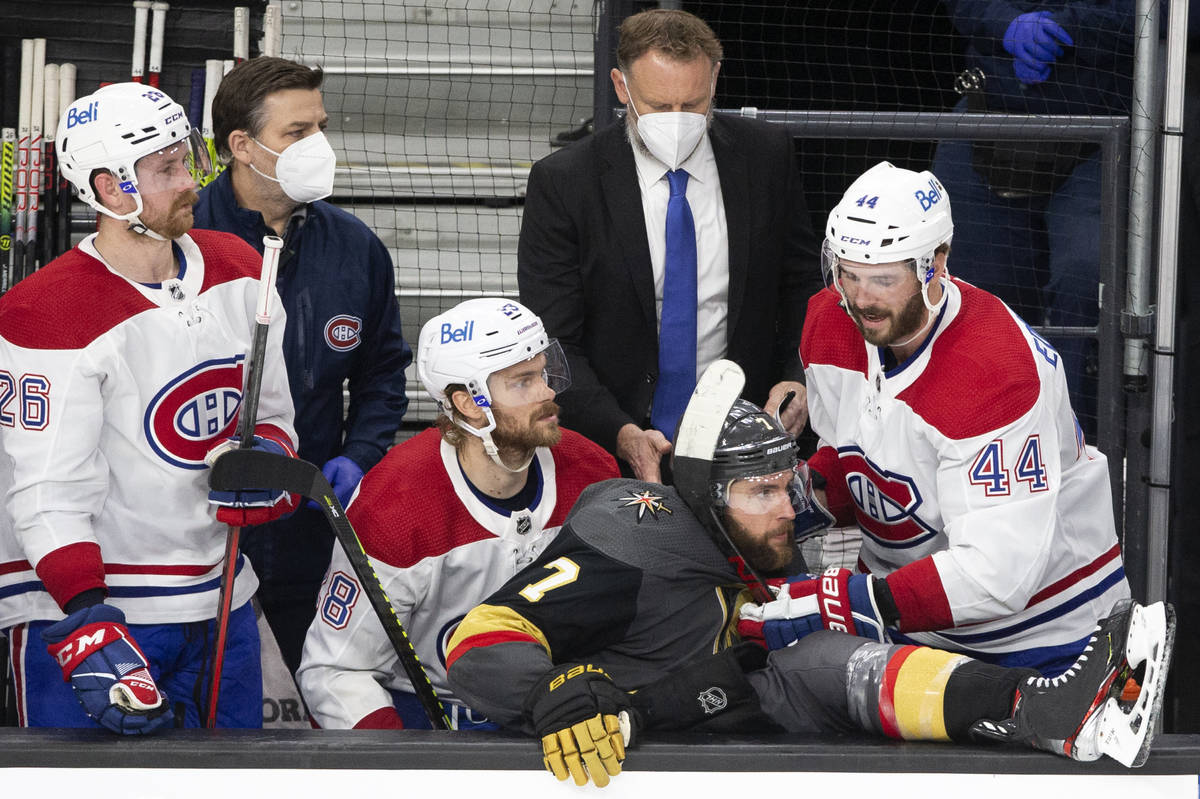 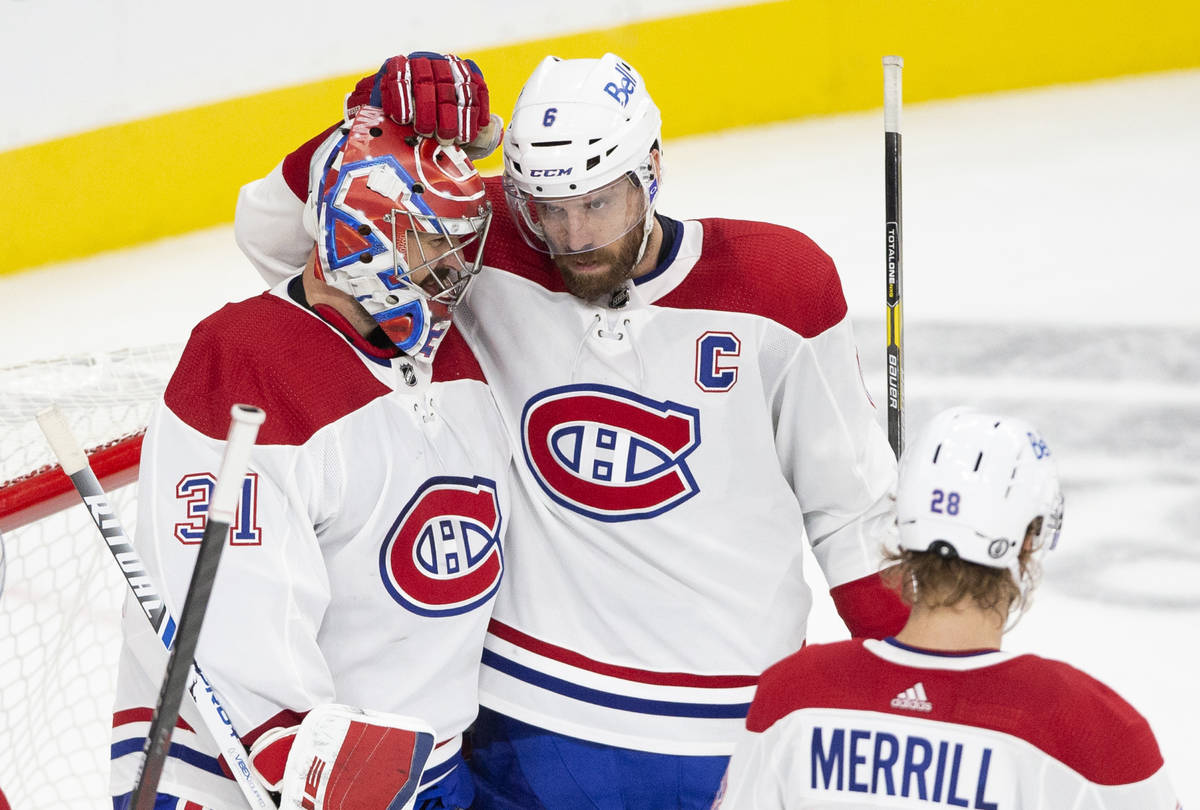 3. Canadiens goaltender Carey Price — He made 26 saves for his 11th win of the playoffs. He has allowed seven goals in his past four games.

2. Canadiens right wing Cole Caufield — He scored his third goal of the series on the power play in the second period. He has one fewer goal than all the Knights’ forwards combined.

1. Canadiens center Nick Suzuki — The Knights’ draft pick had an empty-net goal and two assists. He has a series-high five points.

The Knights started the game well. They had the first three shots on goal and got an early power play when left wing Paul Bryon was called for cross-checking defenseman Zach Whitecloud.

Kotkaniemi’s goal shifted the momentum and put the Knights on their heels. Right wing Josh Anderson made a power move toward the net, and the puck was left sitting near the crease after goaltender Marc-Andre Fleury made the save.

Kotkaniemi got to it first when defenseman Nick Holden lost him on the backcheck. The goal was important because Montreal entered Tuesday 9-2 when scoring first in the playoffs.

Three — The number of points Suzuki, whom the Knights selected 13th overall in the 2017 draft, had.

He was traded to the Canadiens with forward Tomas Tatar and a second-round pick for left wing Max Pacioretty in 2018. Pacioretty has three points in the series.

“We weren’t playing very well, so maybe we deserved it. We got outworked from puck drop. It is what it is. The fans are great. We love our fans. I’m sure they were frustrated, as were we.” — Defenseman Brayden McNabb, on Knights fans booing after the second period.

“They’ve been huge, along with every guy in our lineup, every game. They both had big games for us tonight. Big goal by (Kotkaniemi) to get it started, then Nick all night long on both sides of the puck. These kids are great players and huge parts of our team.” — Center Eric Staal, on Kotkaniemi and Suzuki. 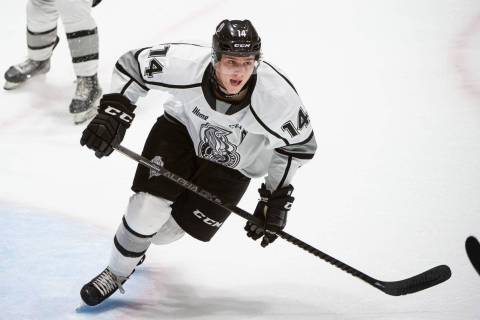 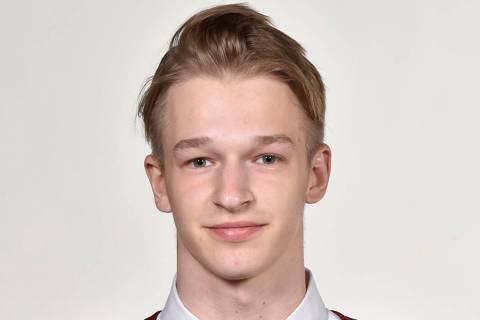 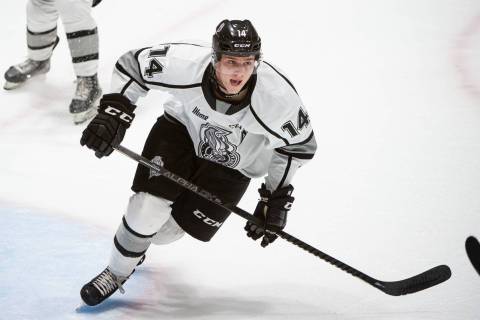 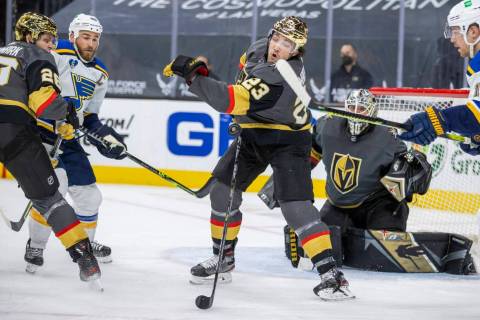 The Knights will play a schedule — released by the league Thursday — that looks similar to the ones they had pre-pandemic.

The Westgate has posted odds for the season opener Oct. 12 at T-Mobile Arena pitting the expansion Seattle Kraken against the Golden Knights. 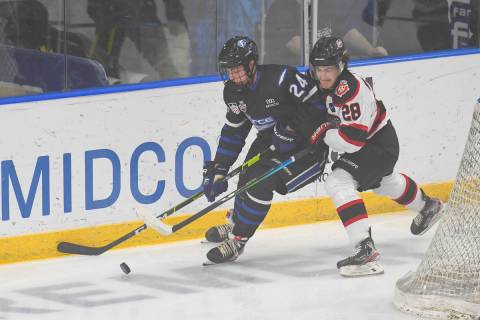 Who could Golden Knights target in NHL draft?
By David Schoen / RJ

The Golden Knights own the Nos. 30 and 36 picks in the NHL draft and will have a deep pool of prospects from which to choose.