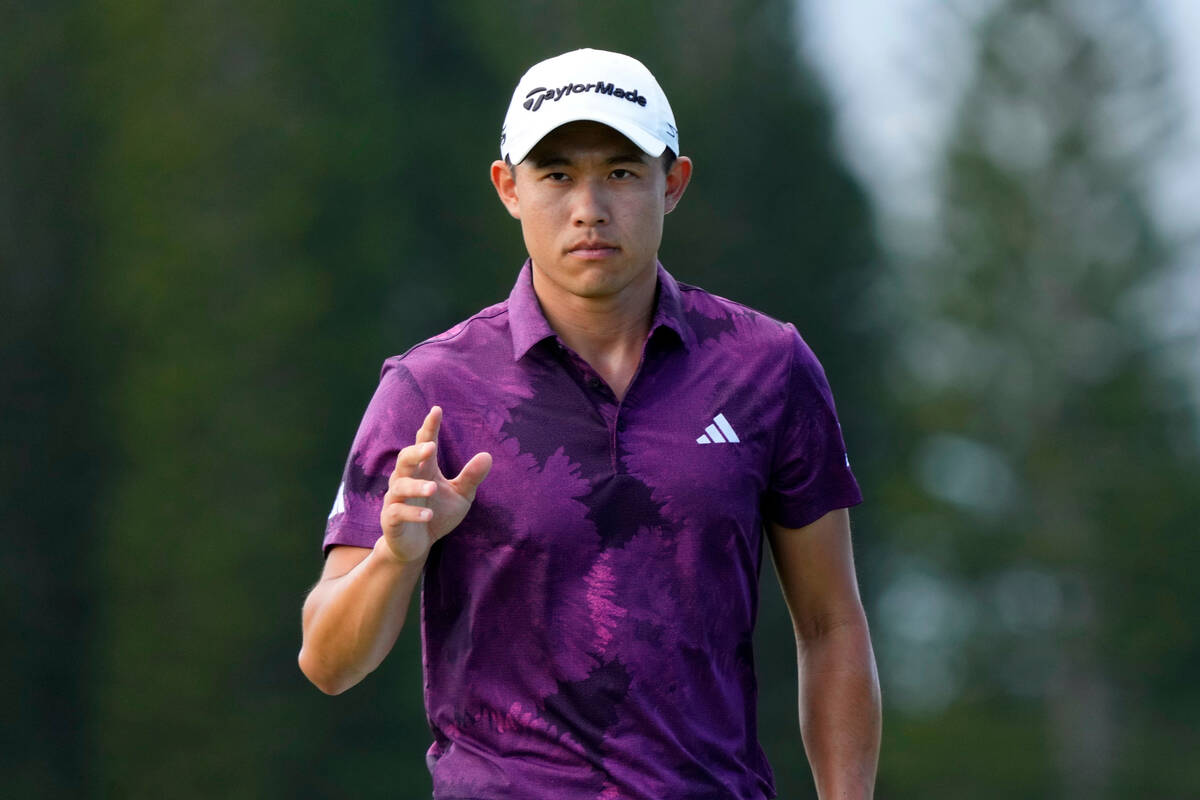 Collin Morikawa acknowledges the gallery after making his birdie putt on the ninth green during the third round of the Tournament of Champions golf event, Saturday, Jan. 7, 2023, at Kapalua Plantation Course in Kapalua, Hawaii. (AP Photo/Matt York) 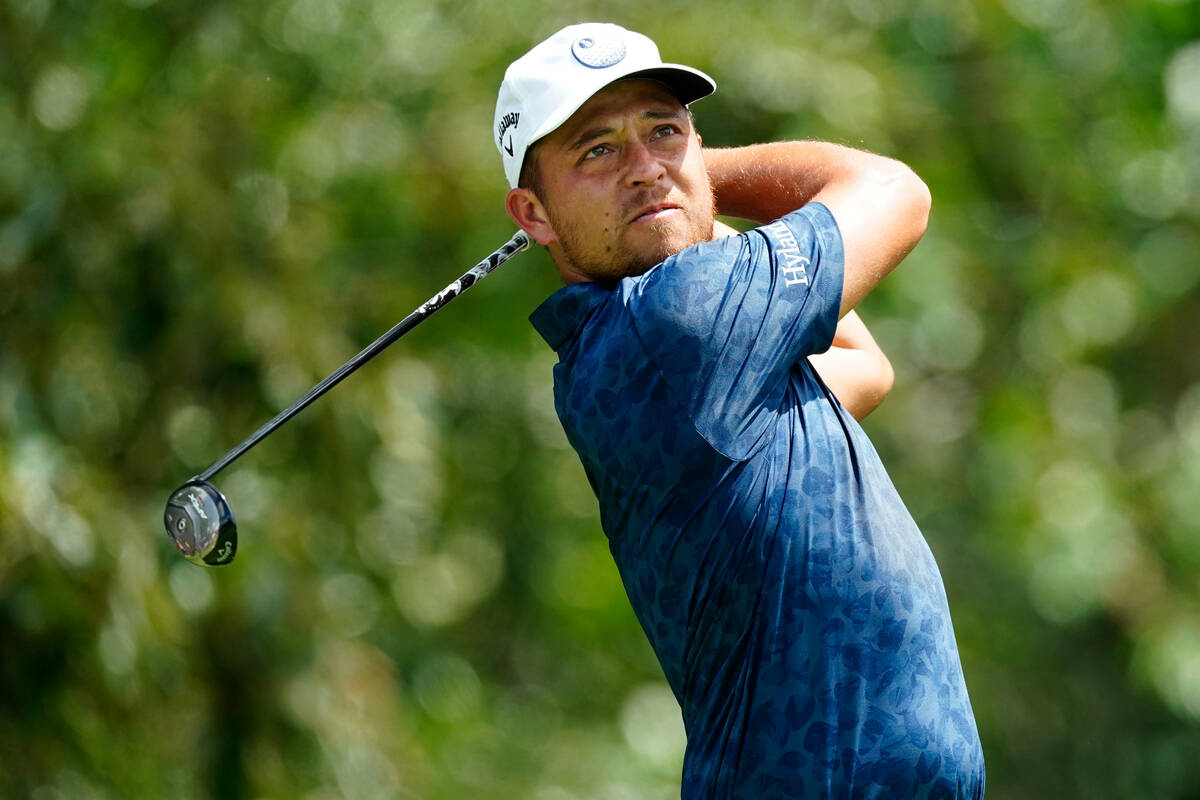 Xander Schauffele hits off the third tee during the second round of the Tour Championship golf tournament at East Lake Golf Club, Friday, Aug. 26, 2022, in Atlanta. (AP Photo/John Bazemore)

Las Vegas’ two most prominent PGA Tour players left Maui wounded at the season-opening Tournament of Champions. Doctors may be able to help Xander Schauffele with his issue, but only Collin Morikawa can provide the healing for his trauma.

Schauffele withdrew from the tournament midway through the second round with an aching back, the first time in his PGA Tour career a WD appears next to his name. Morikawa, on the other hand, leaves Hawaii surrounded by demons and scar tissue after matching a tour record for the biggest blown lead in the final round of a tournament.

“Sadness. I don’t know. It sucks,” Morikawa said of his feelings after losing to Jon Rahm despite starting Sunday with a six-shot lead, one that reached seven shots midway through the round.

“You work so hard and you give yourself these opportunities and just bad timing on bad shots and kind of added up really quickly. I don’t know what I’m going to learn from this week, but it just didn’t seem like it was that far off. It really wasn’t. Yeah, it sucks.”

Morikawa was brilliant for 3½ rounds, playing his first 67 holes without a bogey. Then came one at No. 14. And another at 15. And one more at 16. All were ugly and hard to watch. And that once huge lead was gone.

Granted, Rahm was racing around the Plantation Course at Kapalua with nine birdies and an eagle, but he had stood on the second tee nine shots behind.

“(Rahm) definitely made the birdies when he needed to, but I also made bogeys,” Morikawa said. “When you’re getting bogeys at that time of the tournament, they’re costly. I definitely felt the weight of that.”

The collapse resurfaced thoughts of the Hero World Challenge in December 2021 when Morikawa, nine holes from victory and a move to No. 1 in the world rankings, had a similar implosion. The two-time major champion hasn’t won since then, and he ended 2022 out of the world top 10 for the first time since his victory at the PGA Championship in August of 2020.

While Morikawa will have three weeks to mull what happened before he plays again at Torrey Pines, Schauffele is hoping to be ready for a busy West Coast swing, starting next week at La Quinta, California.

Schauffele’s back tightened and caused him considerable pain at Kapalua. The same thing happened at the Hero World Challenge in the Bahamas in December, but Schauffele felt fine in the weeks that followed and never sought medical advice on what might be wrong.

“I’ve never had any sort of issues,” he said. “It’s just not getting better. It actually feels worse when I swing.”

But unlike the Bahamas where his back improved as the week went on, Schauffele was not getting any better as the Tournament of Champions progressed. It took a stern talk from caddie Austin Kaiser to stop him from continuing to play.

“Austin told me on 9, he’s like, ‘You know, we have a lot of tournaments coming up on the West Coast swing, and it’s a big swing for us.’ And he’s like, ‘You know, are you going to look back and feel like really proud of yourself for like gutting it out and maybe hurting yourself more, or should we pull out and be smart here because we have, you know, a long way to go?’”

So Schauffele left Maui for Las Vegas and a scan.

“I’m 29. I need to preserve my health,” he said. “I feel like I’ve done a really good job up until this point, and the fact that I can’t really pinpoint what it is is a bit frustrating. So once I get the scan and look at it and have all the pros look at it and then if they tell me that I’m OK, then I think I’ll start to feel better and stop flinching at what I’m doing.”