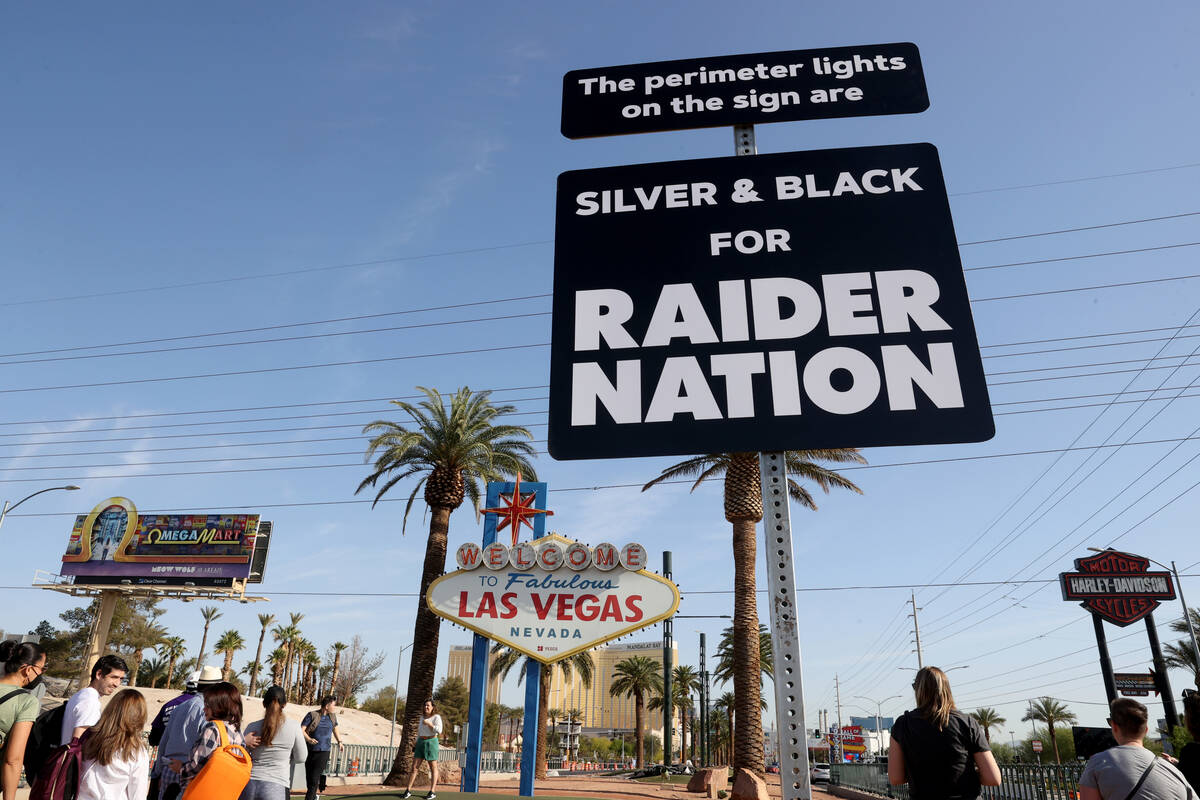 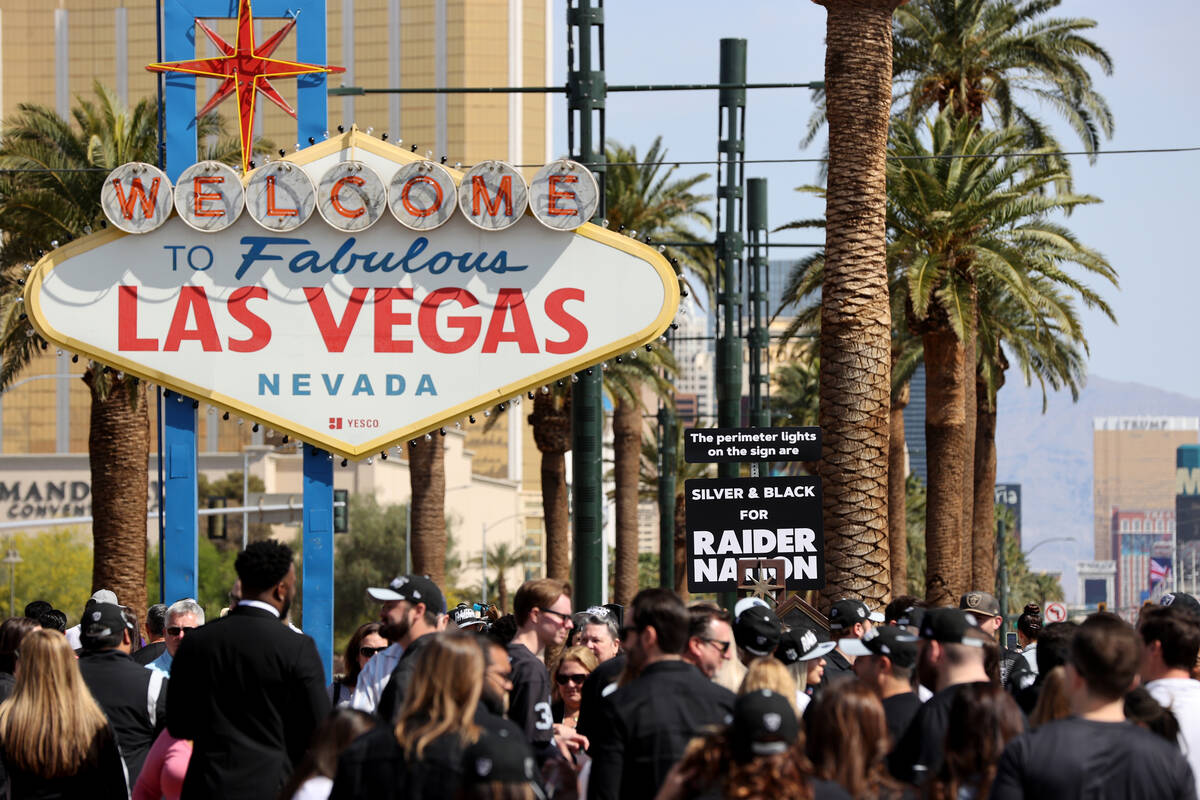 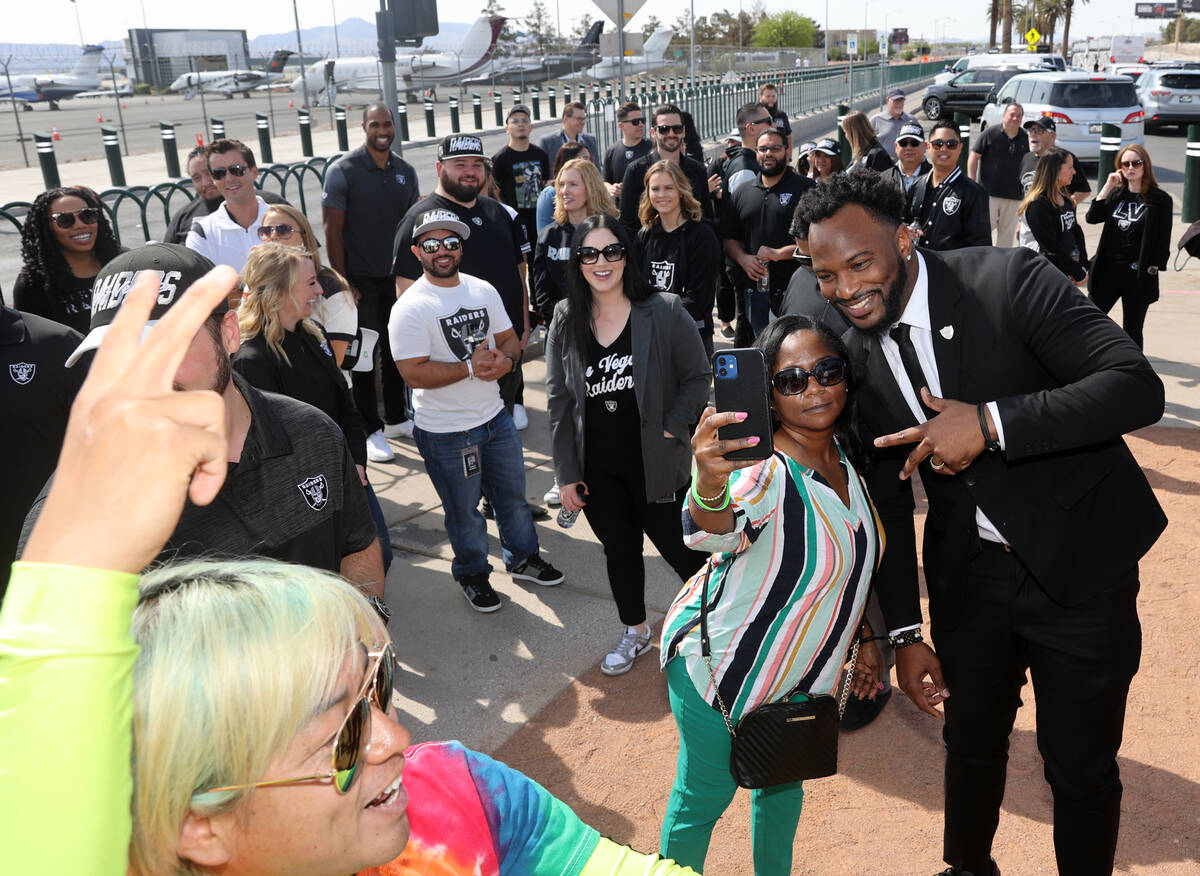 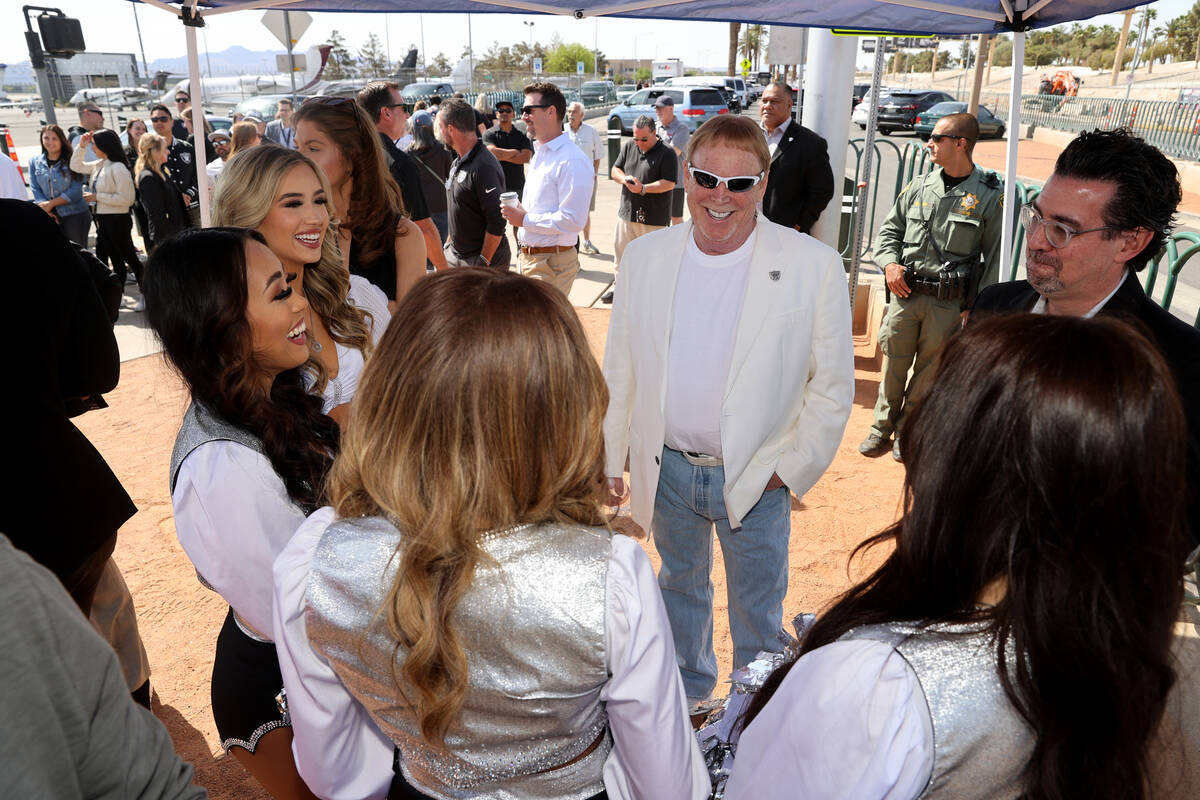 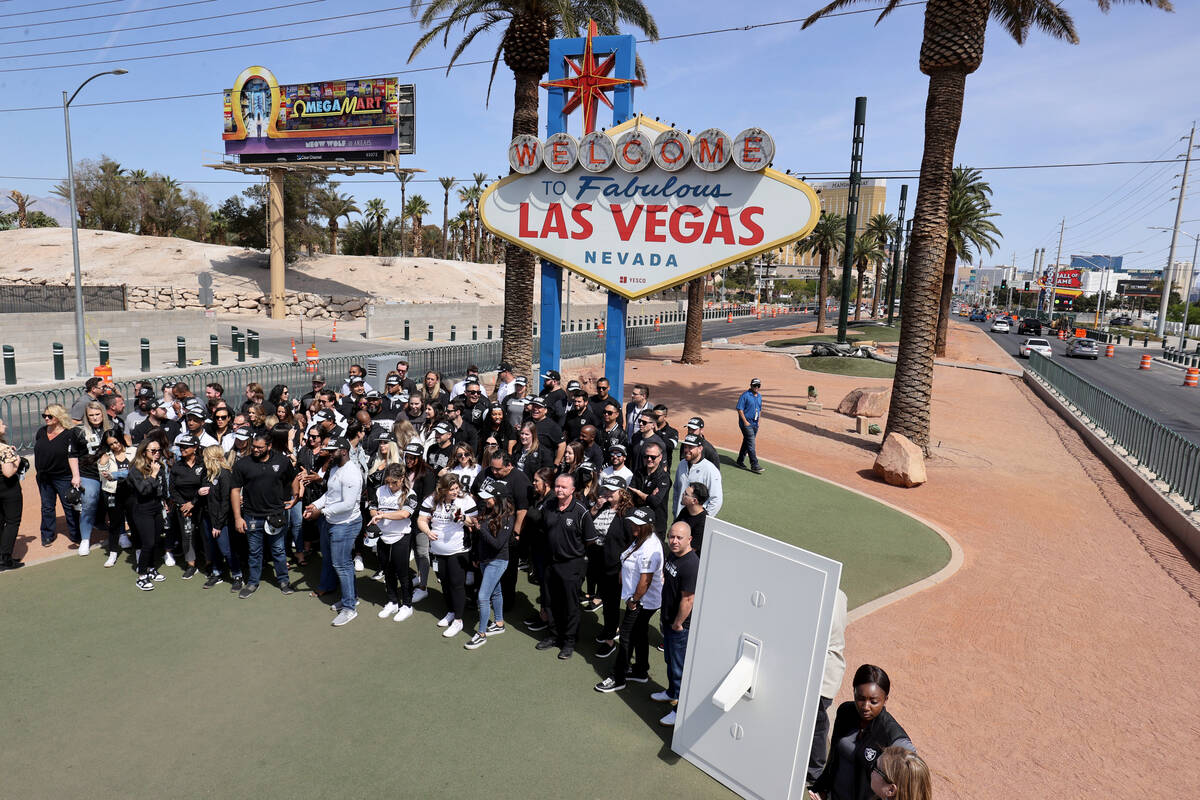 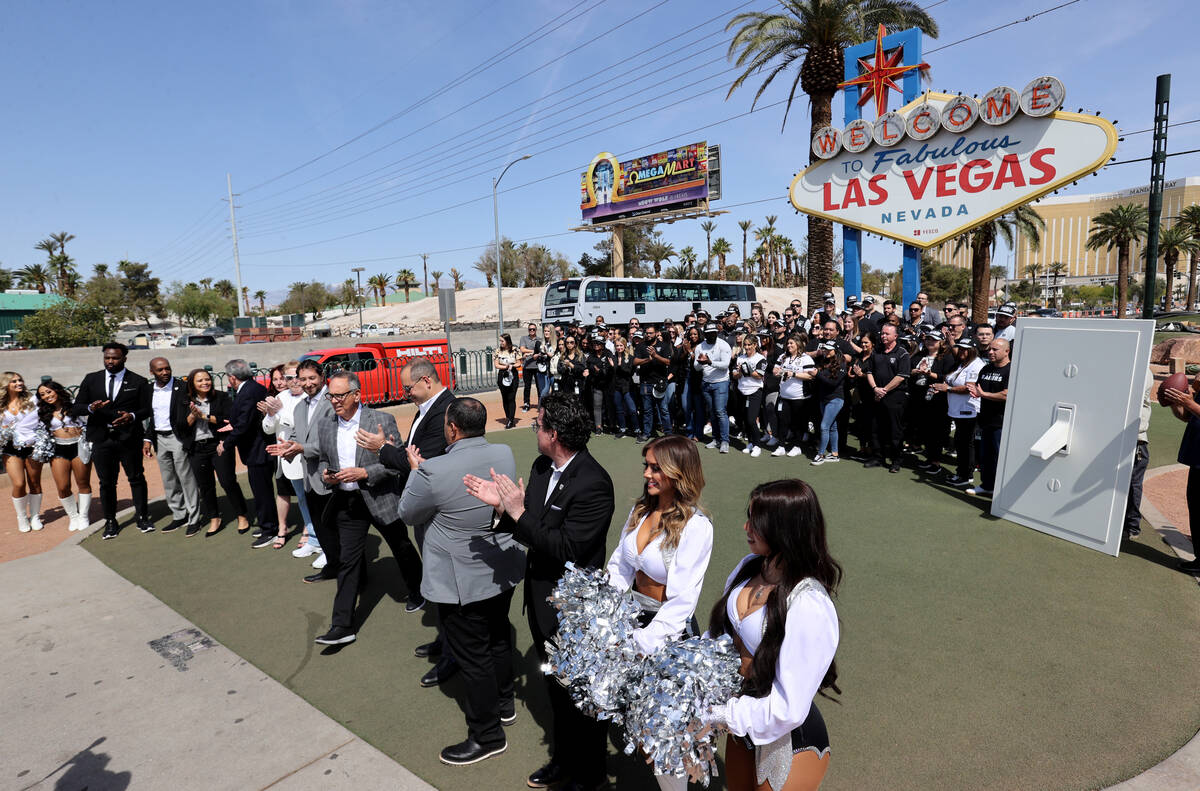 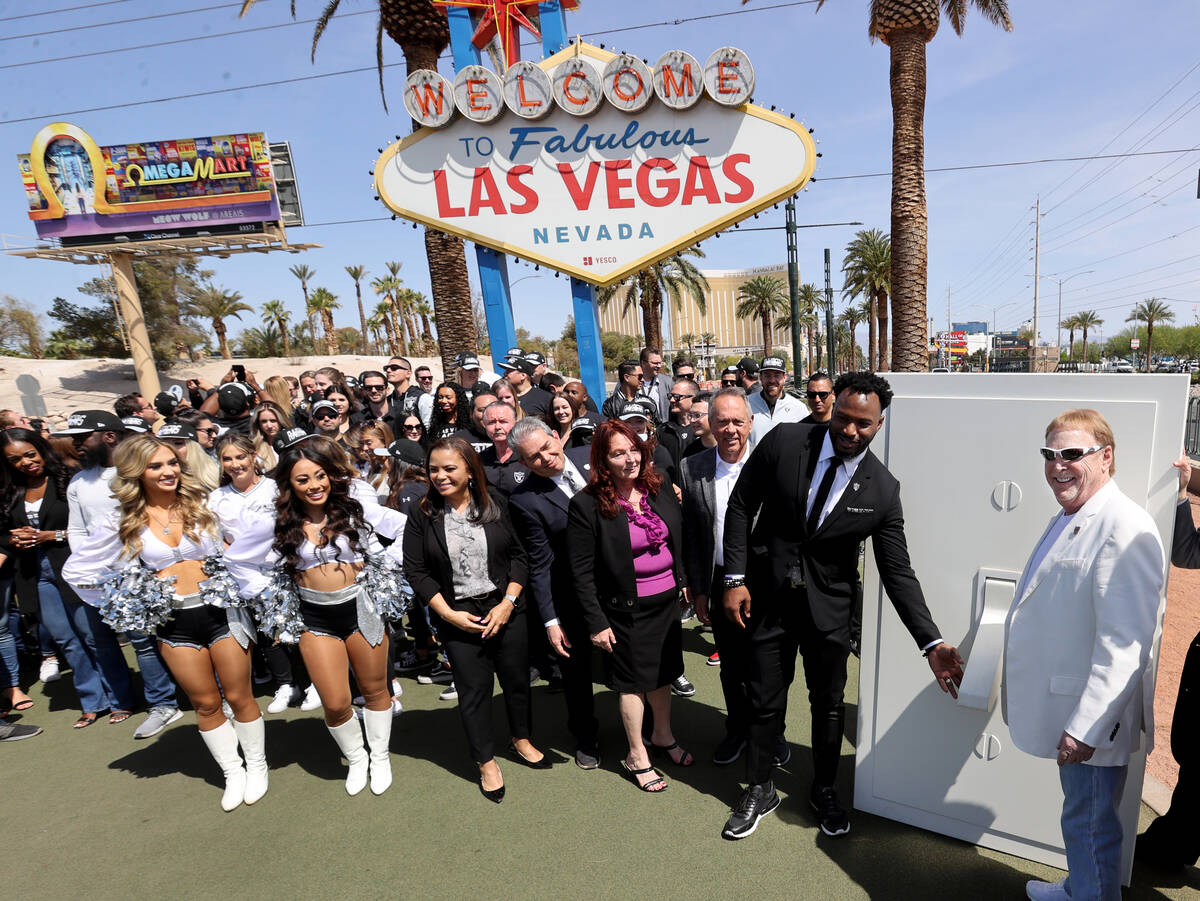 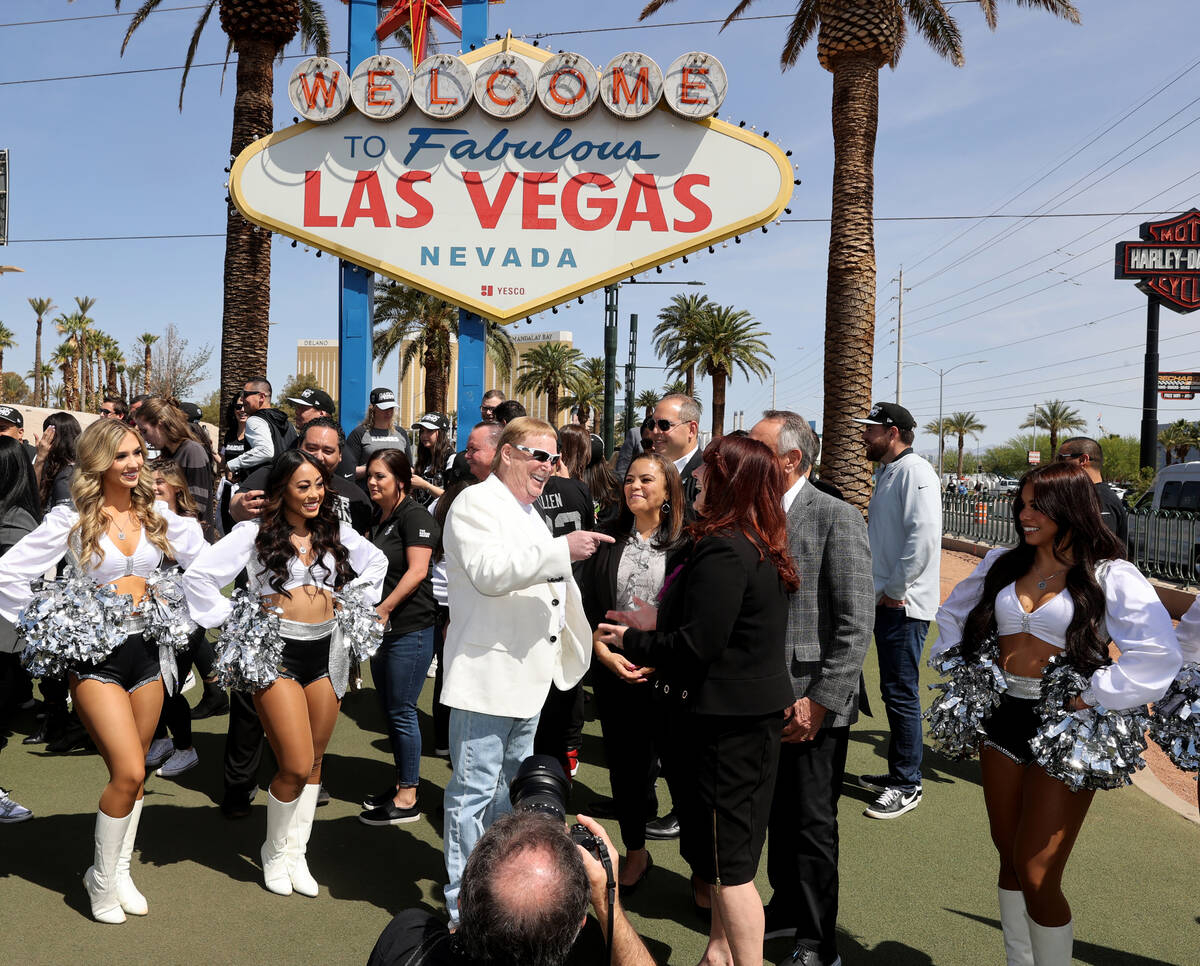 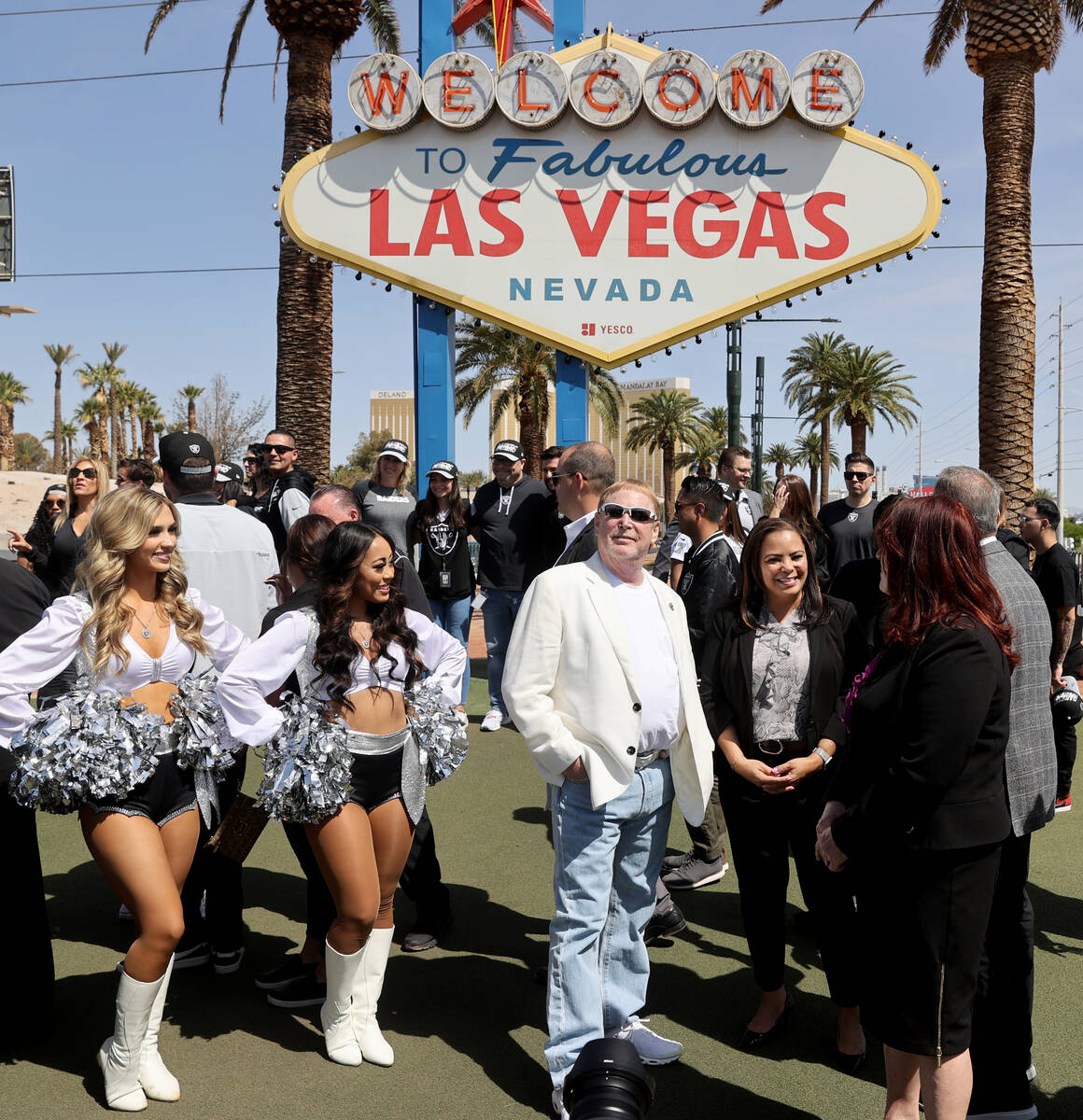 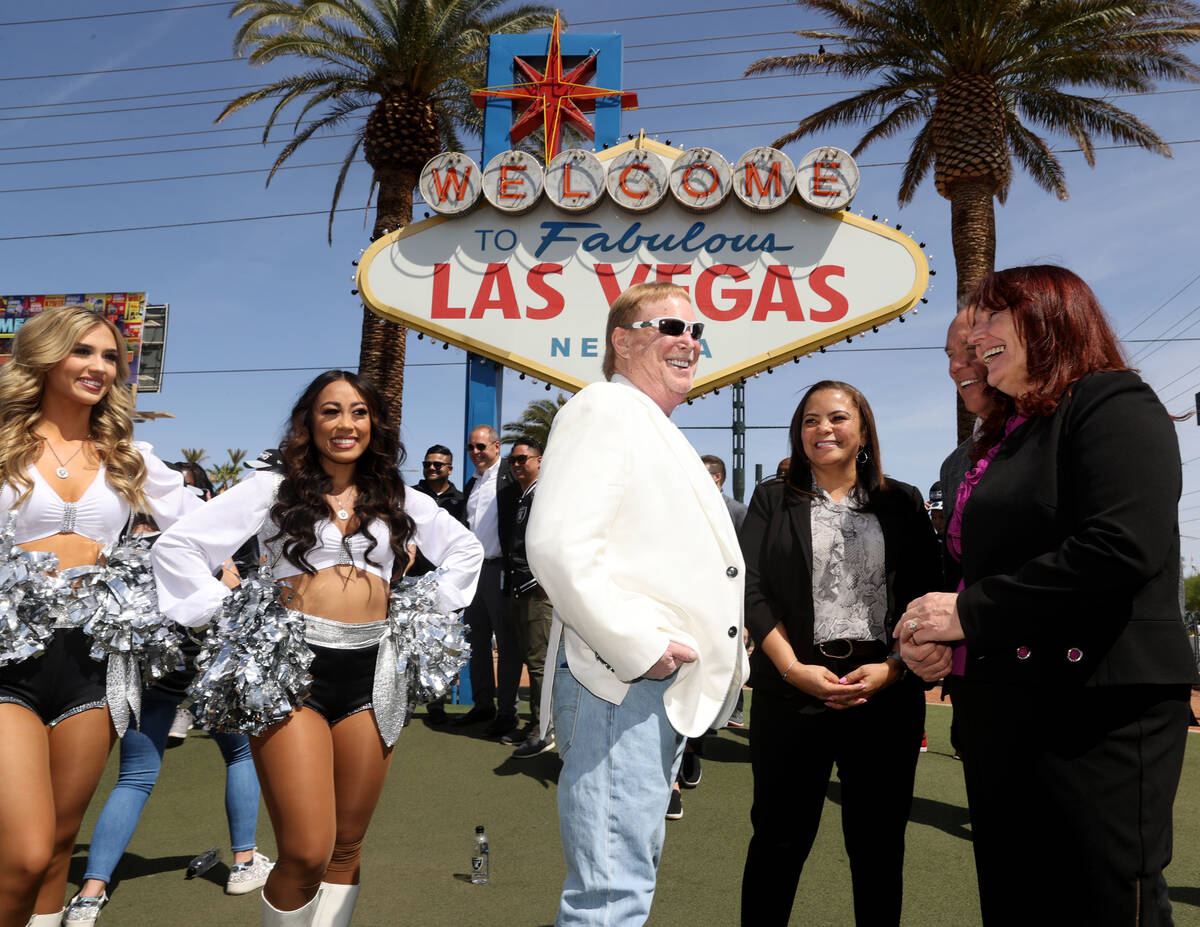 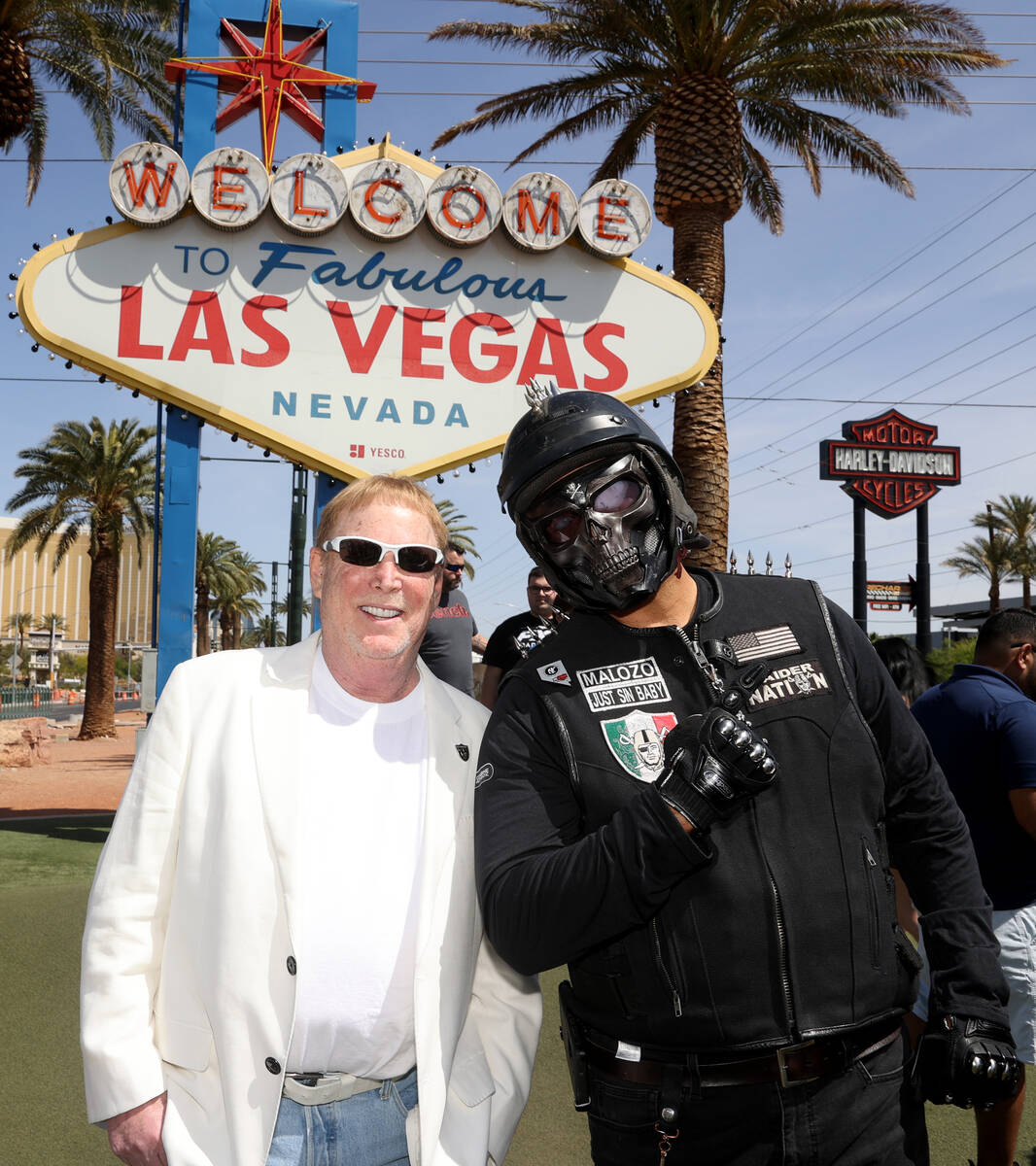 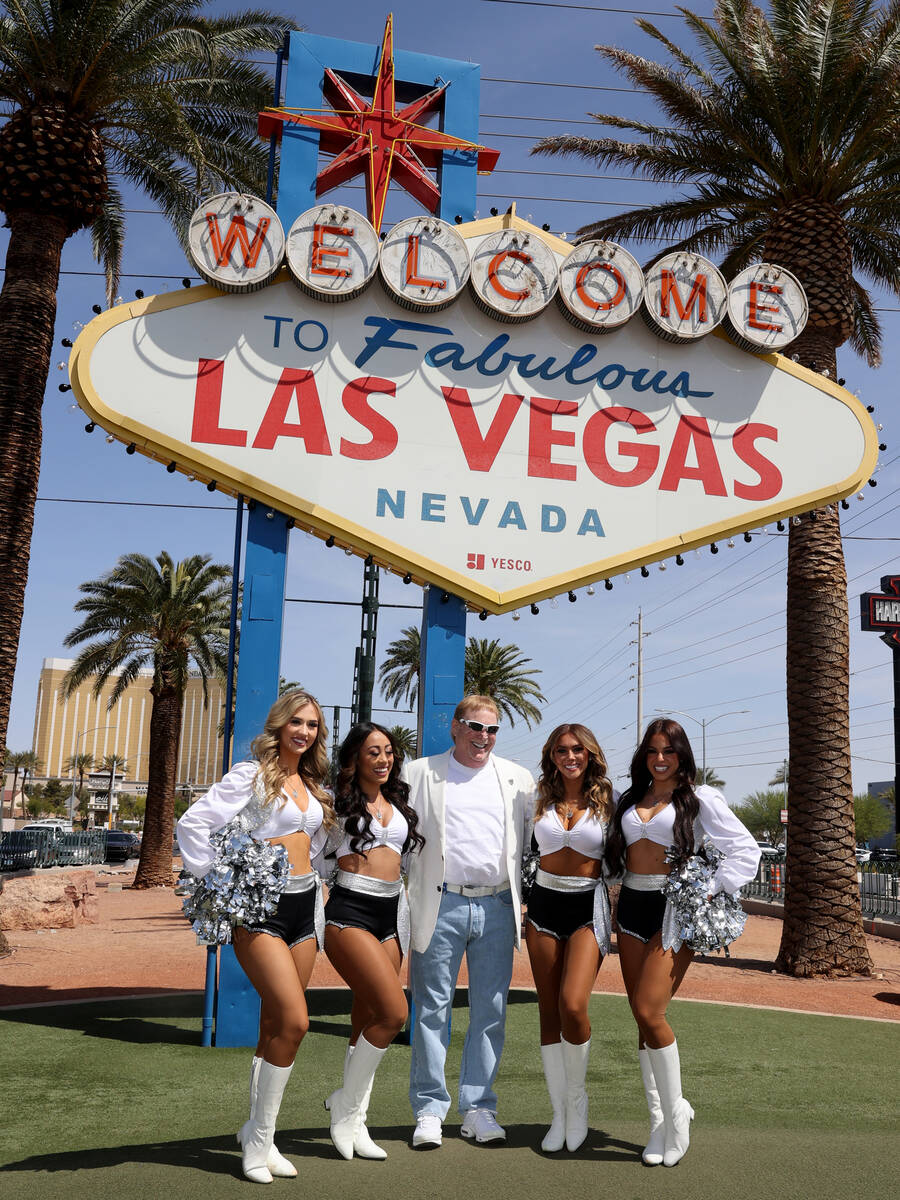 An estimated 600,000 attendees are expected to converge on the Bellagio and Linq areas beginning Thursday for what is slated to be one of the biggest, if not the biggest, events in the city’s history.

With the flip of the switch by Raiders owner Mark Davis, the sign changing colors represented work years in the making.

“I told them (state and local officials) ‘Let’s turn the Silver State into the silver and black state,” said Davis. “Today by turning the Las Vegas sign silver and black we’re getting a little bit closer to what we’re talking about.”

The Metropolitan Police Department took to its Twitter account on Sunday to alert motorists of draft related road impacts and said it expects 200,000 fans to attend the draft each of its three days. That would make the event on par with the 2019 draft in Nashville as the most attended draft in NFL history. Nashville saw 600,000 fans take in the fun in 2019.

Raiders President Dan Ventrelle said the organization and the people of the Las Vegas Valley are equally responsible for landing the NFL Draft.

“When you present to your partners at the league (NFL) that you want to host an event like this, you really have to demonstrate that the community can pull it off, that the community can handle the number of people,” Ventrelle said. “That it has the right amount of event space, that it has the venues to impress people… and create the best experience for the fans. That’s very easy to do in this community; this community does this exceptionally well. It’s the best city in America for putting on events of this magnitude.”

The draft will be centered around the red carpet stage over the Fountains of Bellagio and the draft theater and experience behind the Linq. Highlighting iconic features of Las Vegas over the three days will make this year’s event unique compared to years past and serve as one large advertisement for Southern Nevada, Naft said.

“Not only is it so iconic, with people all over the world recognizing the fountains and will notice it, but it gives us the opportunity with our local partners MGM and Caesars to showcase their facilities,” Naft said. “This event is not quite like New Year’s Eve, but close to New Year’s Eve for three days in a row. So that puts added pressure on the infrastructure here, but no doubt that also adds opportunity for small business and big employers alike.”

Davis noted that since the early meetings that landed the Raiders in Las Vegas, he’s said that the city was getting more than a team and a stadium, with the draft a prime example of events drawn to Southern Nevada.

“We told the people that you’re not only going to be bringing the Raiders here, you’re bringing the power of the NFL here and all the ancillary events that come along with that,” he said. “We’ve already had the Pro Bowl in February, we have the draft coming this week… and we’ve been awarded the Super Bowl in 2024. So, all of those things that we talked about are all coming to fruition.”