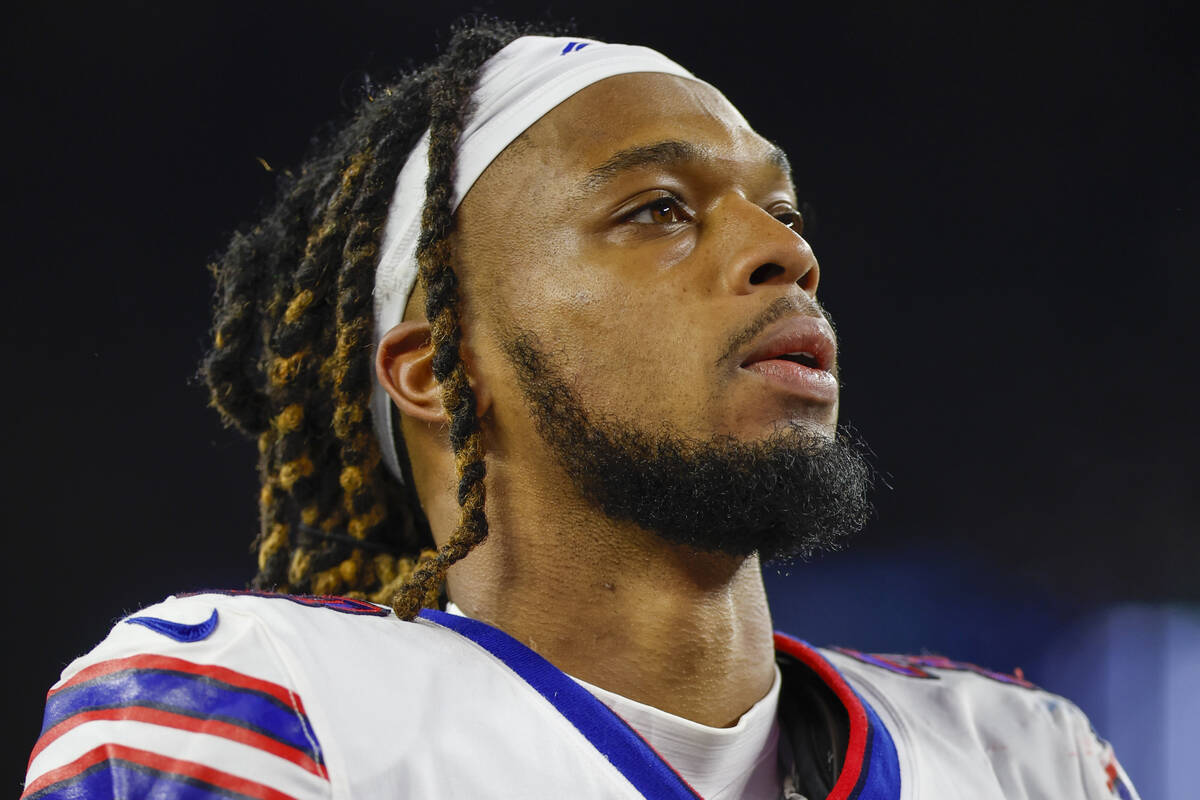 Buffalo Bills defensive back Damar Hamlin (3) leaves the field after an NFL football game against the New England Patriots, Thursday, Dec. 1, 2022, in Foxborough, Mass. Quick on-the-field emergency care from well-rehearsed medical personnel is widely credited with helping save Damar Hamlin’s life. But whether his cardiac arrest could have been prevented is much less certain. (AP Photo/Greg M. Cooper, File) 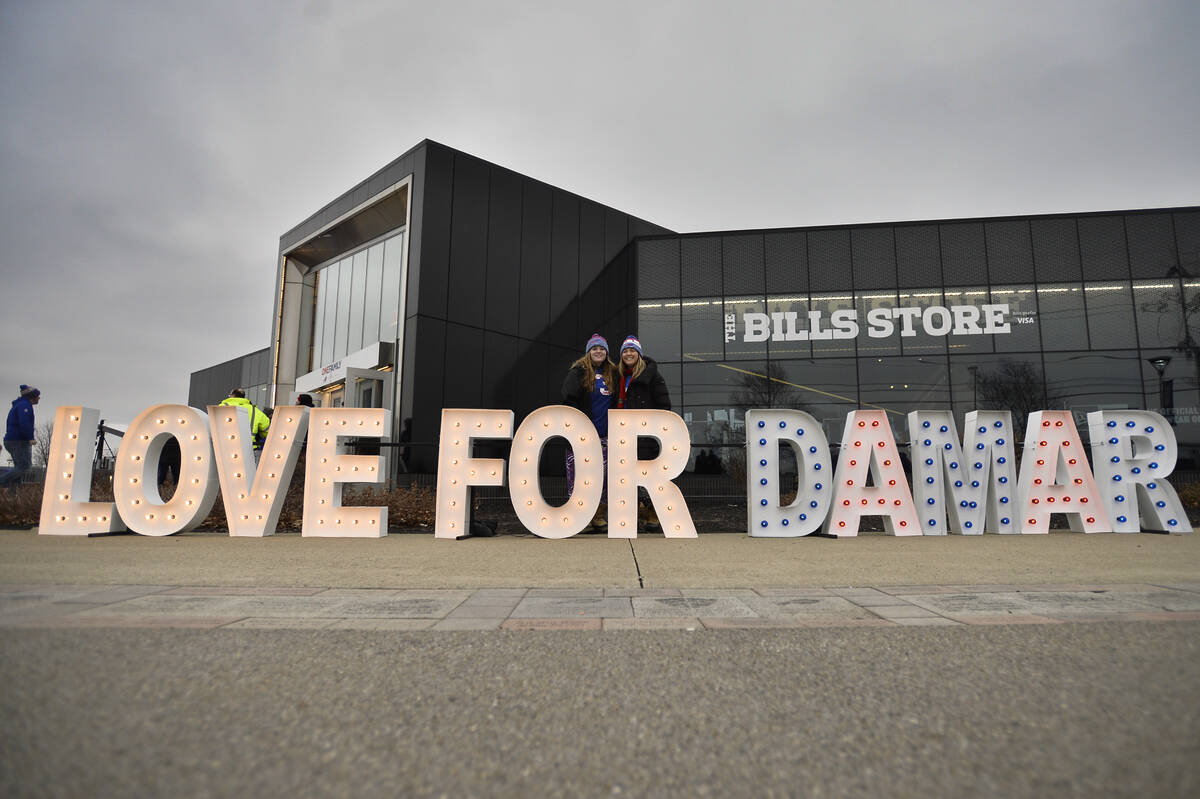 Fans stand for photographs by a sign in support of Buffalo Bills safety Damar Hamlin outside Highmark Stadium before an NFL football game against the New England Patriots, Sunday, Jan. 8, 2023, in Orchard Park, N.Y. Hamlin remains hospitalized after suffering a catastrophic on-field collapse in the team's previous game against the Cincinnati Bengals. (AP Photo/Adrian Kraus) 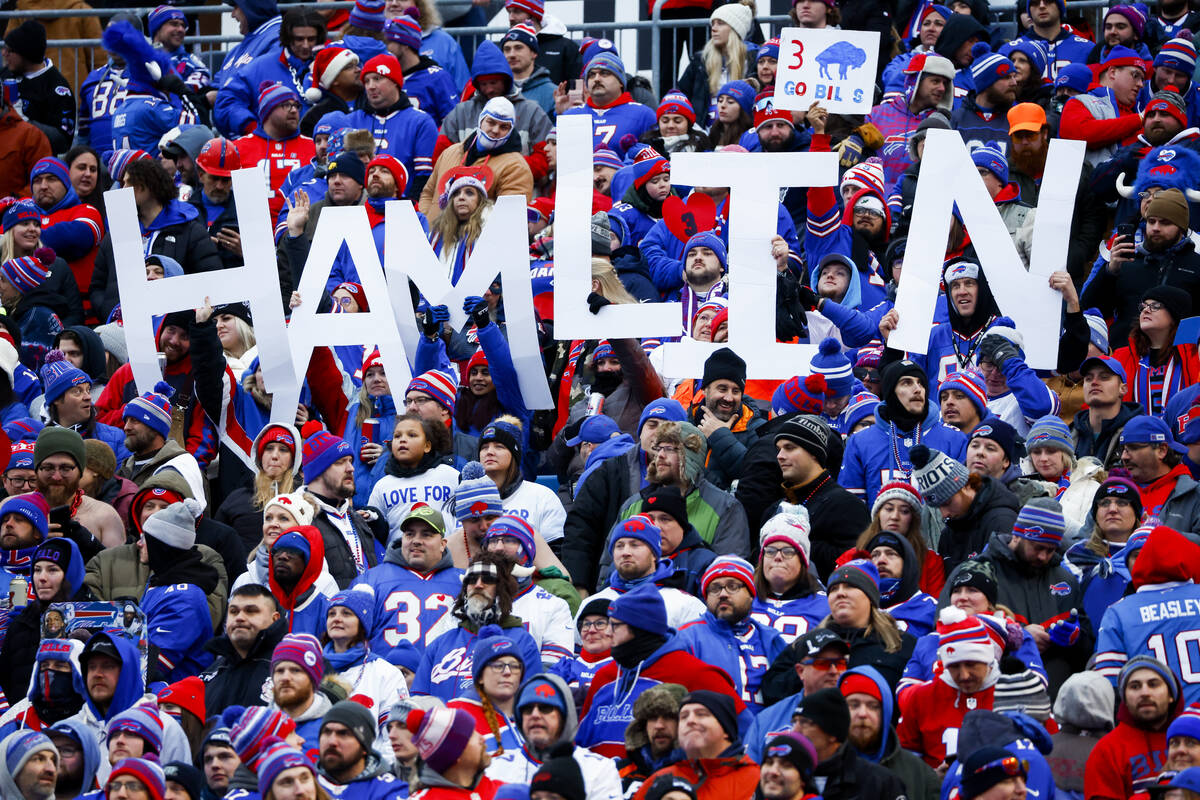 Fans hold a sign in support of Buffalo Bills safety Damar Hamlin during the second half of an NFL football game against the New England Patriots, Sunday, Jan. 8, 2023, in Orchard Park. Hamlin remains hospitalized after suffering a catastrophic on-field collapse in the team's previous game against the Cincinnati Bengals. (AP Photo/Jeffrey T. Barnes) 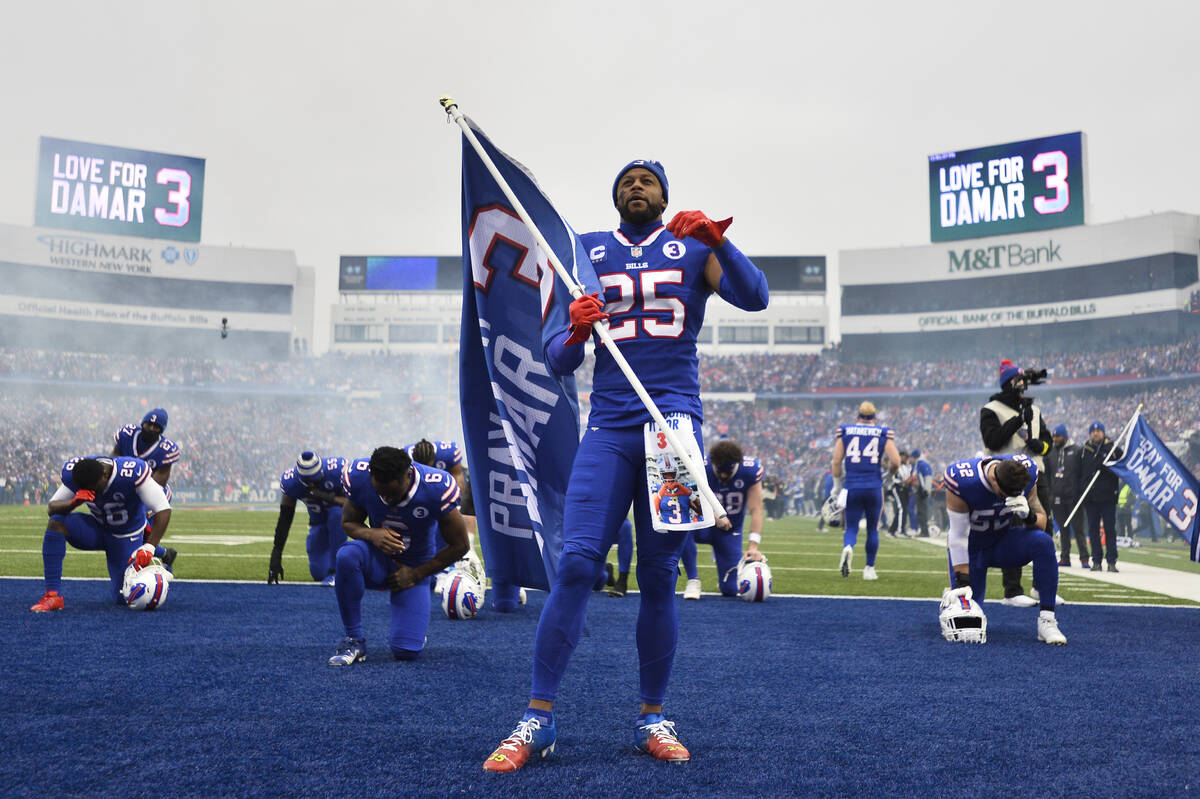 Doctors who treated Damar Hamlin said the Bills safety was back in Buffalo on Monday, an uplifting sign of the remarkable progress he has made a week after going into cardiac arrest and having to be resuscitated on the field during a game in Cincinnati.

Hamlin was discharged from the University of Cincinnati Medical Center in the morning and flown to Buffalo, where Dr. William Knight said he was “doing well.”

Hamlin’s return comes a day after he cheered on the Bills from his hospital bed during their regular season-ending 35-23 win over the New England Patriots. The game proved to be a cathartic outpouring of support for the Bills and Hamlin.

The Bills wore No. 3 Hamlin patches on their jerseys and honored their teammate by raising three fingers in the closing minutes, while tight end Dawson Knox celebrated his touchdown by forming his hands into the shape of a heart.

Fans joined in, with many holding up red heart and No. 3 signs.

The 24-year-old Hamlin has made significant progress in his recovery since spending his first two days at the University of Cincinnati Medical Center under sedation and breathing through a ventilator.

He was awakened on Wednesday night and was eventually able to grip people’s hands. By Friday, Hamlin was able to breathe on his own and even addressed the team by videoconference, in which he told the Bills, “Love you boys.”

The latest update from doctors came on Saturday, when they described Hamlin’s neurological function as “excellent,” though he remained listed in critical condition.

Later that day, Hamlin tweeted: “Putting love into the world comes back 3xs as much… thankful for everyone who has reached out and prayed. This will make me stronger on the road to recovery, keep praying for me!”

The NFL will showed support for Hamlin during all Week 18 games by including a pregame moment of support, painting Hamlin’s No. 3 on the 30-yard line and pregame shirts with “Love for Damar 3.”

Hamlin’s heart stopped on Monday night after making what appeared to be a routine tackle in the first quarter against the Bengals. The game was initially suspended before officially being canceled later in the week.