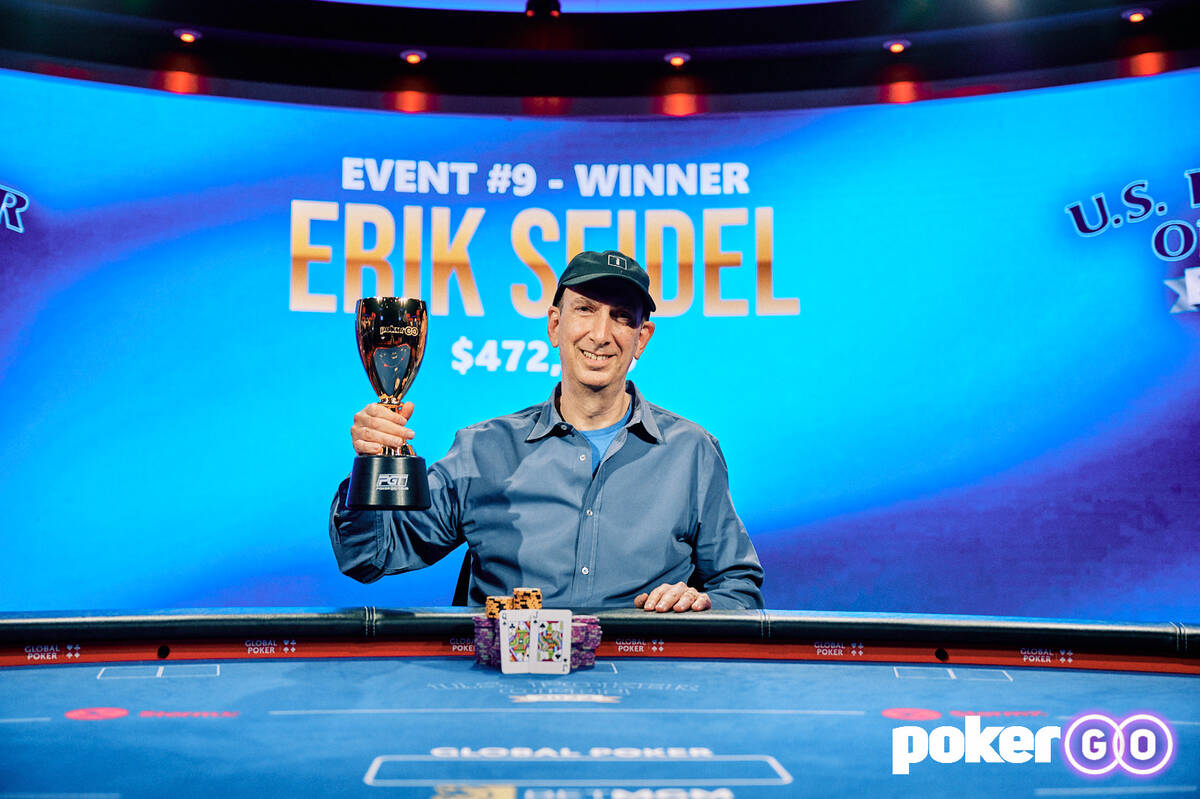 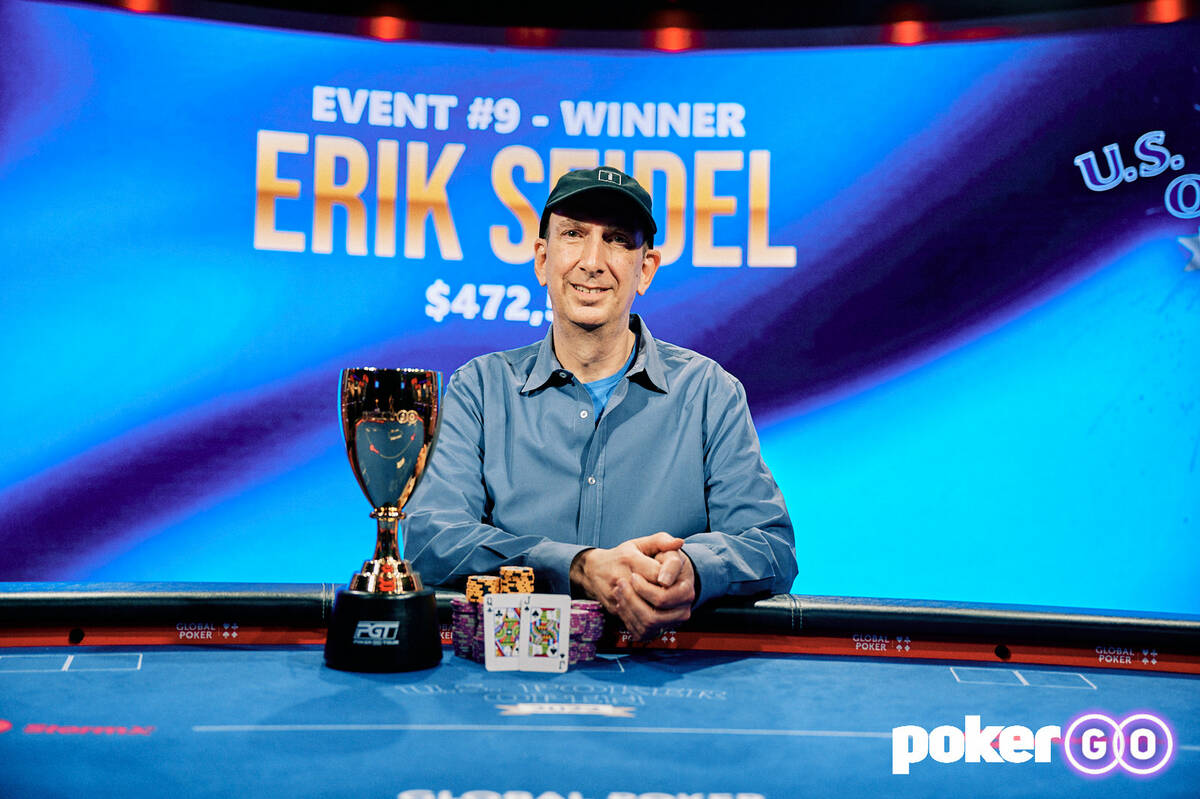 The Poker Hall of Famers were the final two players in the $25,000 buy-in No-Limit Hold’em event when Seidel topped Hellmuth in heads-up play Friday to win $472,500 at the PokerGO studio by the Aria.

“It’s pretty wild that the two of us got heads up,” Seidel said. “That’s the third time we’ve been heads up, so it was fun.”

Seidel improved to 3-0 heads-up against Hellmuth. The first meeting was in 1988 in the $1,000 No-Limit Hold’em tournament at the Bicycle Casino. The second was in 1992 at Binion’s, where Seidel defeated Hellmuth in the WSOP $2,500 Limit Hold’em event.

“It’s always fun to play a final table,” Seidel said. “I don’t think there’s any extra meaning to it that we were heads up, as I would’ve been happy to win against anybody. It’s just nice when things go your way for a few hours in a critical period like this.”

The win pushed Seidel, 62, to fourth place on poker’s all-time money list, ahead of David Peters, with $39.2 million in career tournament earnings, according to the Hendon Mob.

To get to heads-up play, Hellmuth eliminated Alex Foxen in third place when his king-queen beat Foxen’s ace-ten.

The player to earn the most series leaderboard points will be crowned the U.S. Poker Open champion and take home a $50,000 championship bonus and the Golden Eagle trophy.

Tamon Nakamura leads with 588 points after winning twice and cashing six times in the series. Only two players can pass him. Sean Winter must win Monday’s series finale to clinch the title. If Winter doesn’t win, Shannon Shorr can claim the crown with a runner-up finish in the finale. 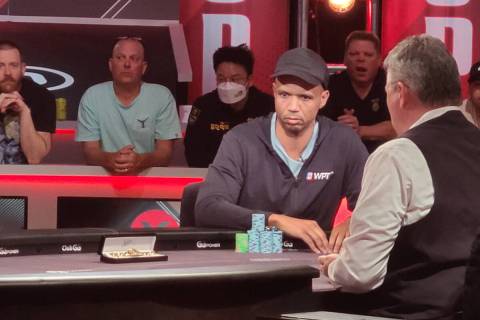