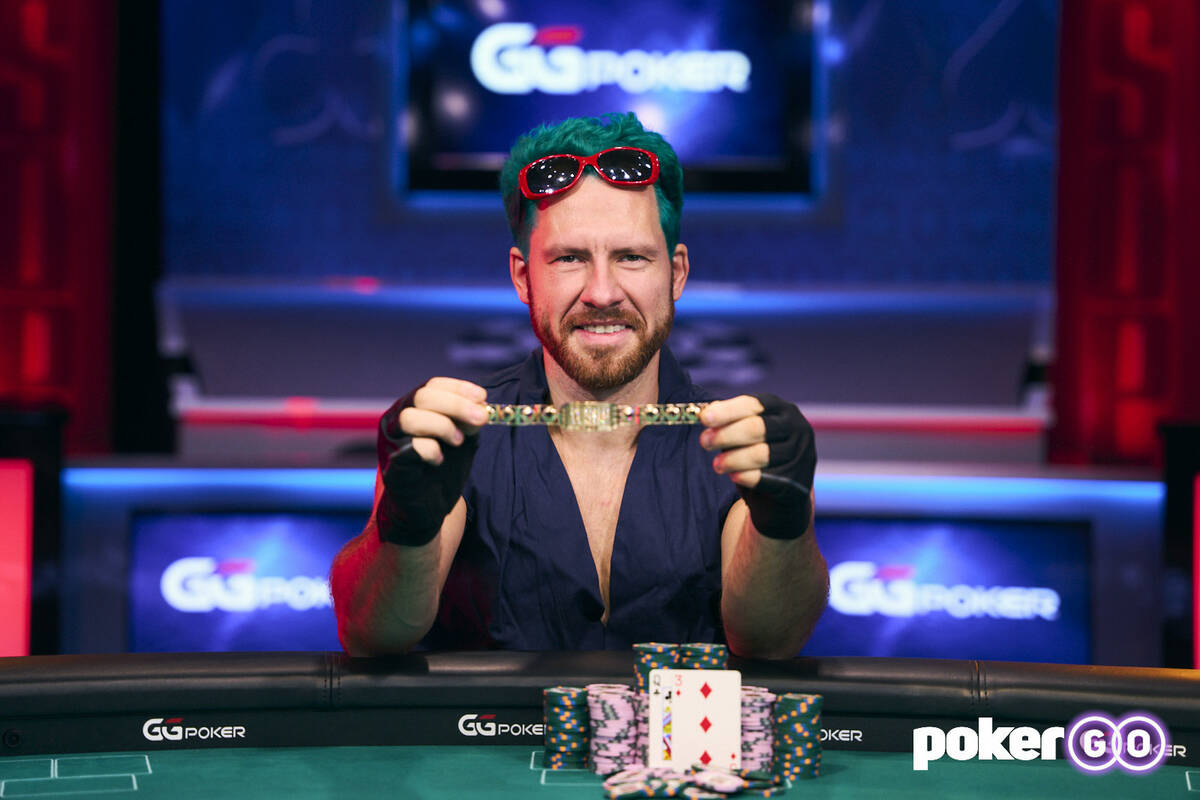 Dan Cates after winning the $50,000 buy-in Poker Players Championship at the World Series of Poker early Saturday, Nov. 6, 2021, at the Rio. (Antonio Abrego/PokerGO)

Cates won the $50,000 buy-in Poker Players Championship early Saturday at the Rio, defeating a field of 63 entries to earn his first bracelet and $954,020. He prevailed heads-up against Ryan Leng after a marathon final day that didn’t finish till after 3 a.m.

Leng, who was denied his fourth WSOP bracelet and second of this series, won $589,628. (The WSOP awards trophy bracelets for tournament victories.)

“I said I was gonna win, so I won,” Cates told PokerNews. “But it was pretty important because now I have more money to help the world and to continue a career outside of poker.”

Cates has nearly $10 million in career tournament earnings, according to the Hendon Mob Poker Database, but he is known more for high-stakes cash games, especially heads-up online.

The colorful Cates, who played dressed as the character Son Goku from the Japanese anime series “Dragon Ball Z,” was nearly out of the tournament three-handed, but he was able to bluff Leng in a Limit Hold’em hand to stay alive.

The Poker Players Championship is a rotation of nine games.