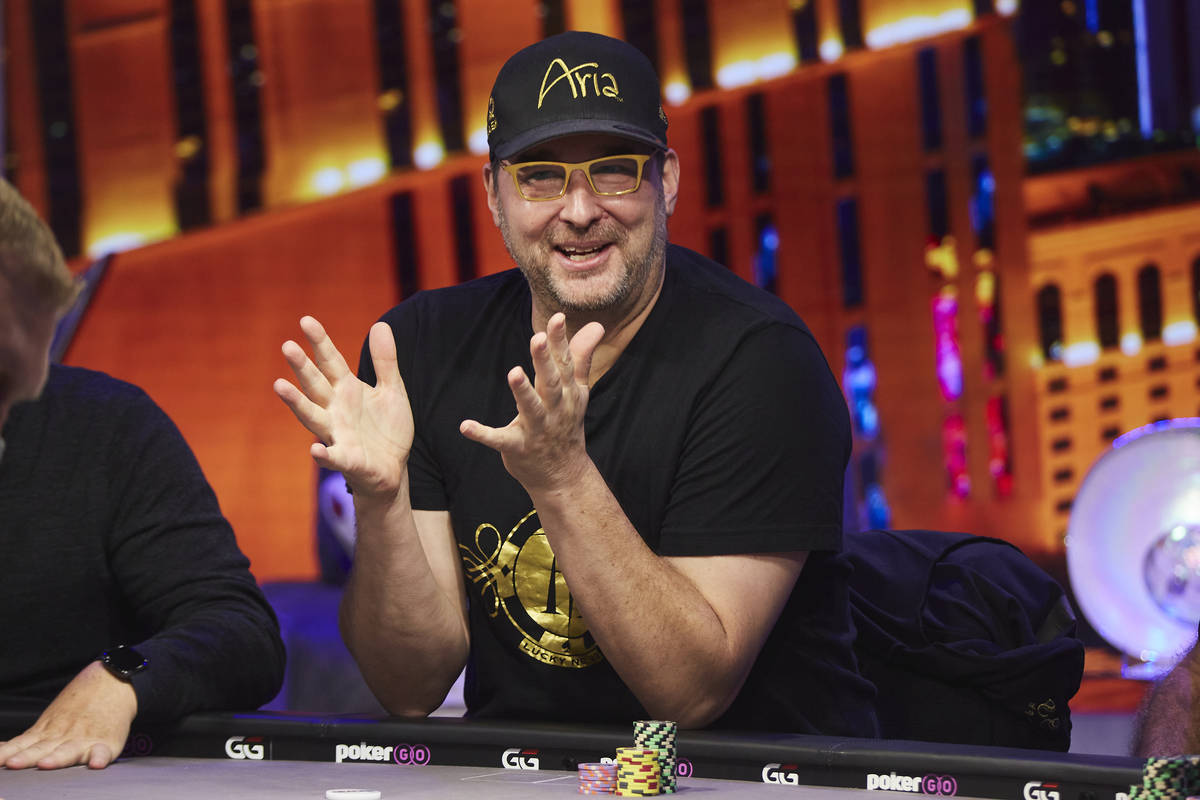 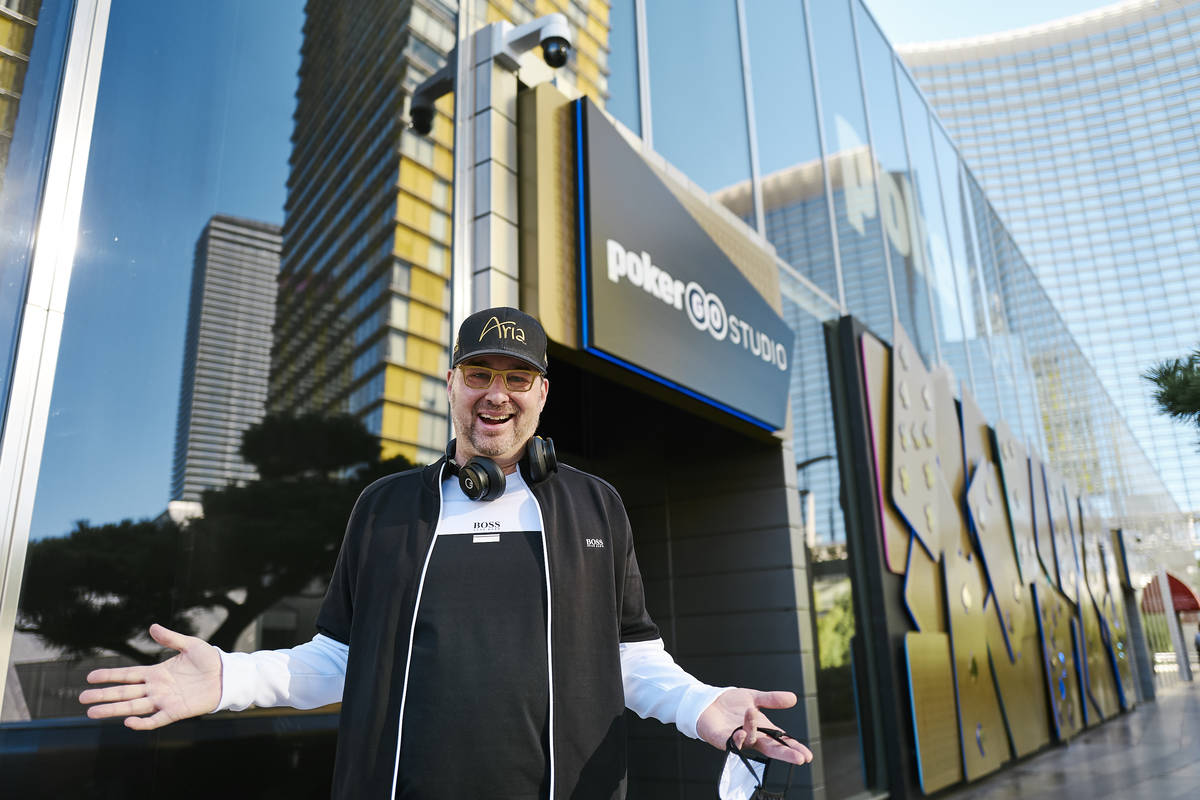 Phil Hellmuth in front of the PokerGO studio by the Aria. (PokerGO) 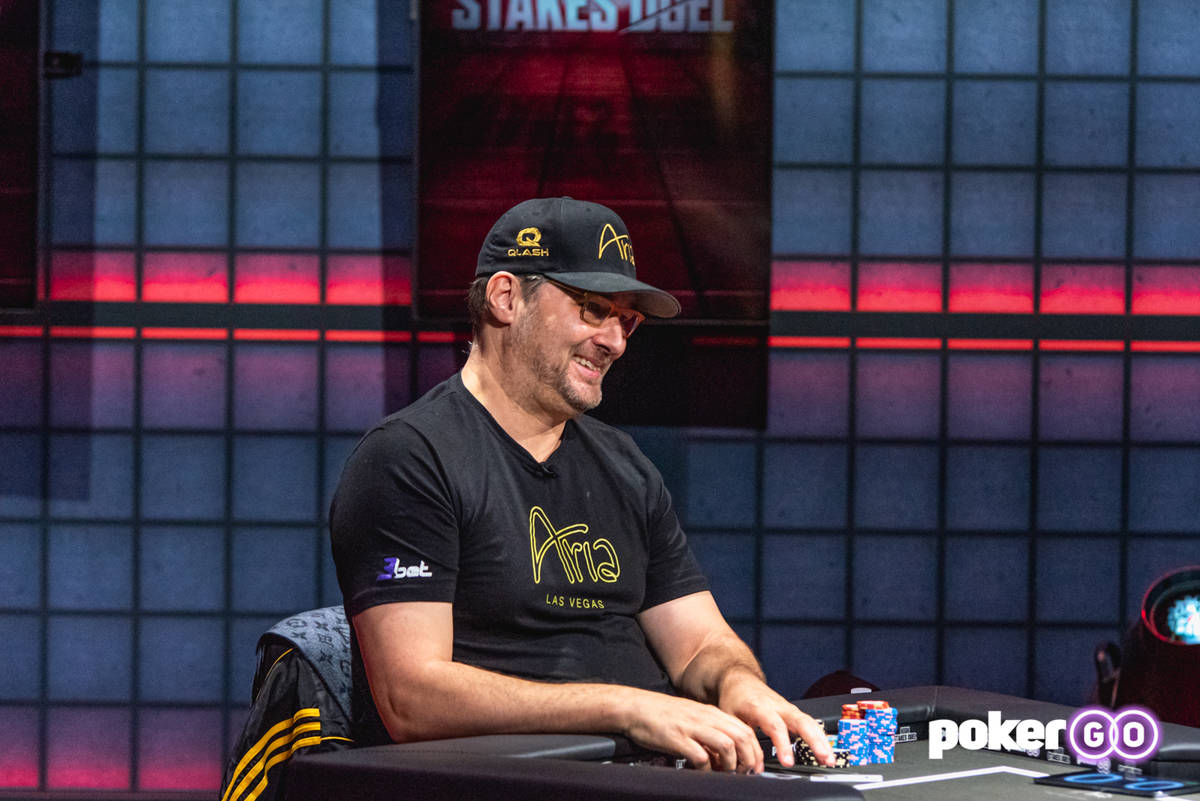 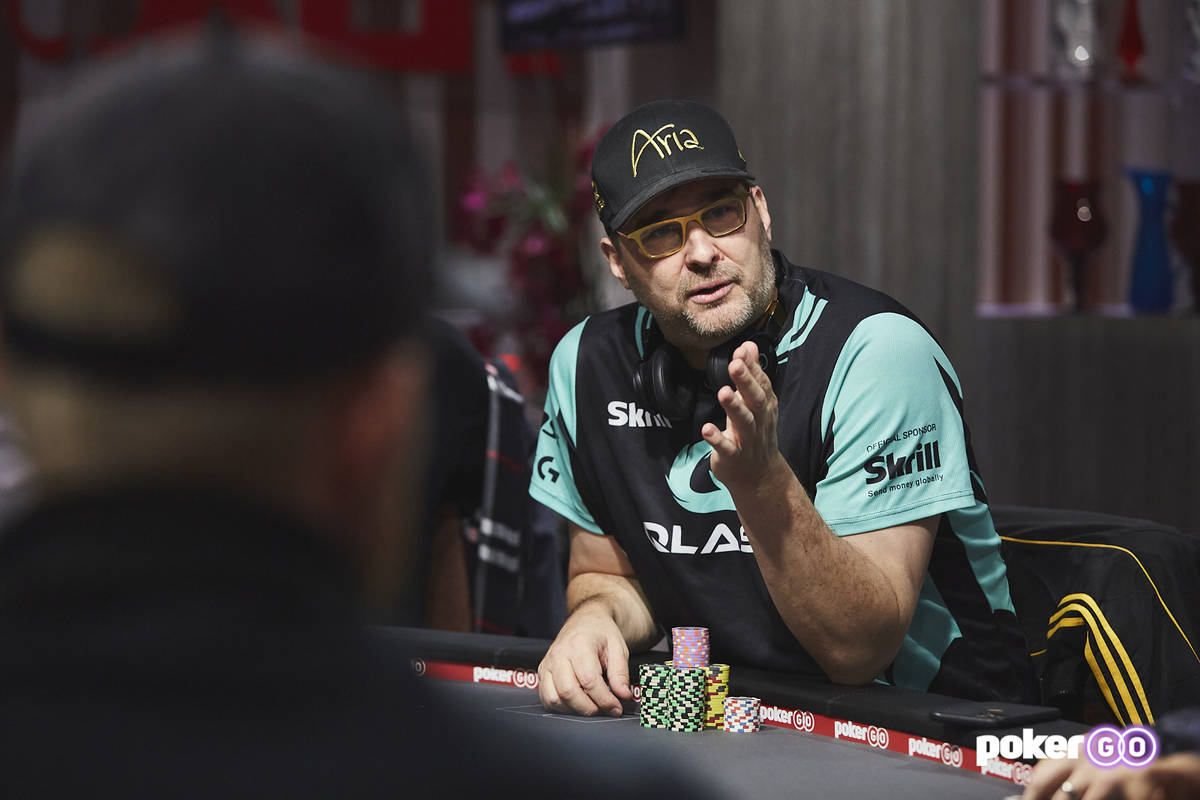 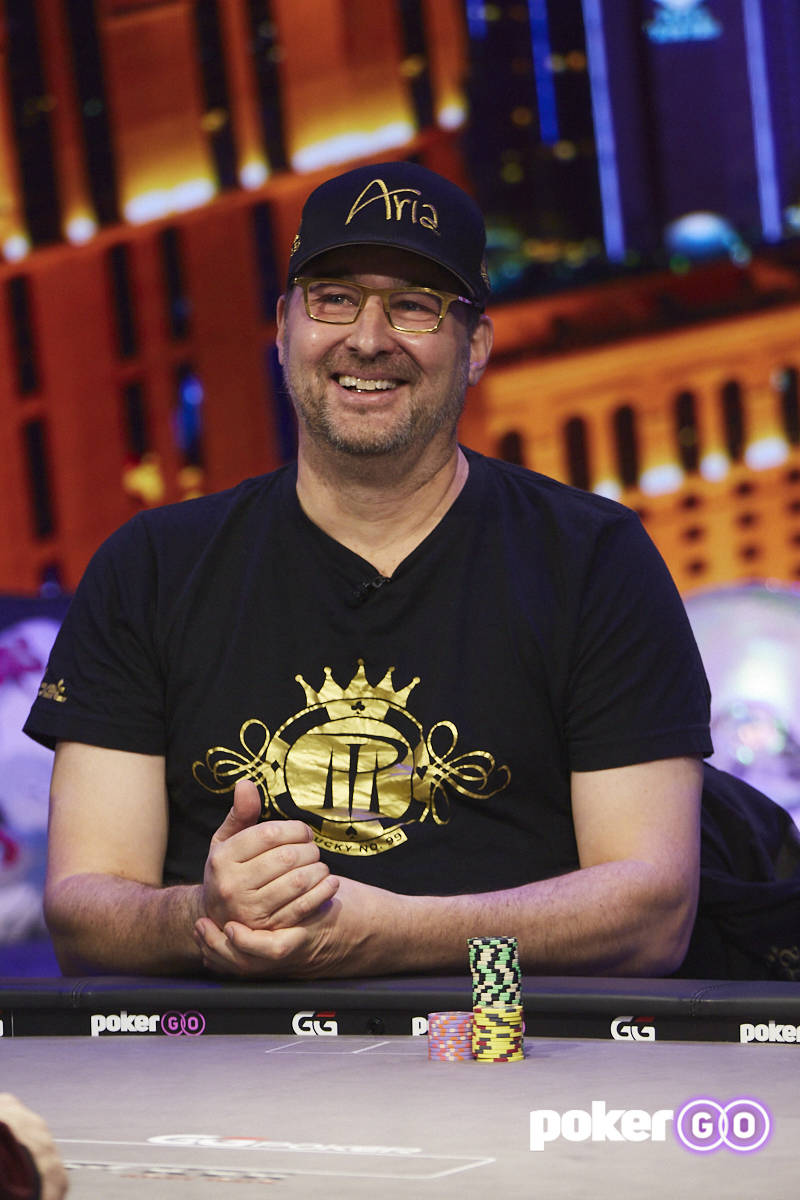 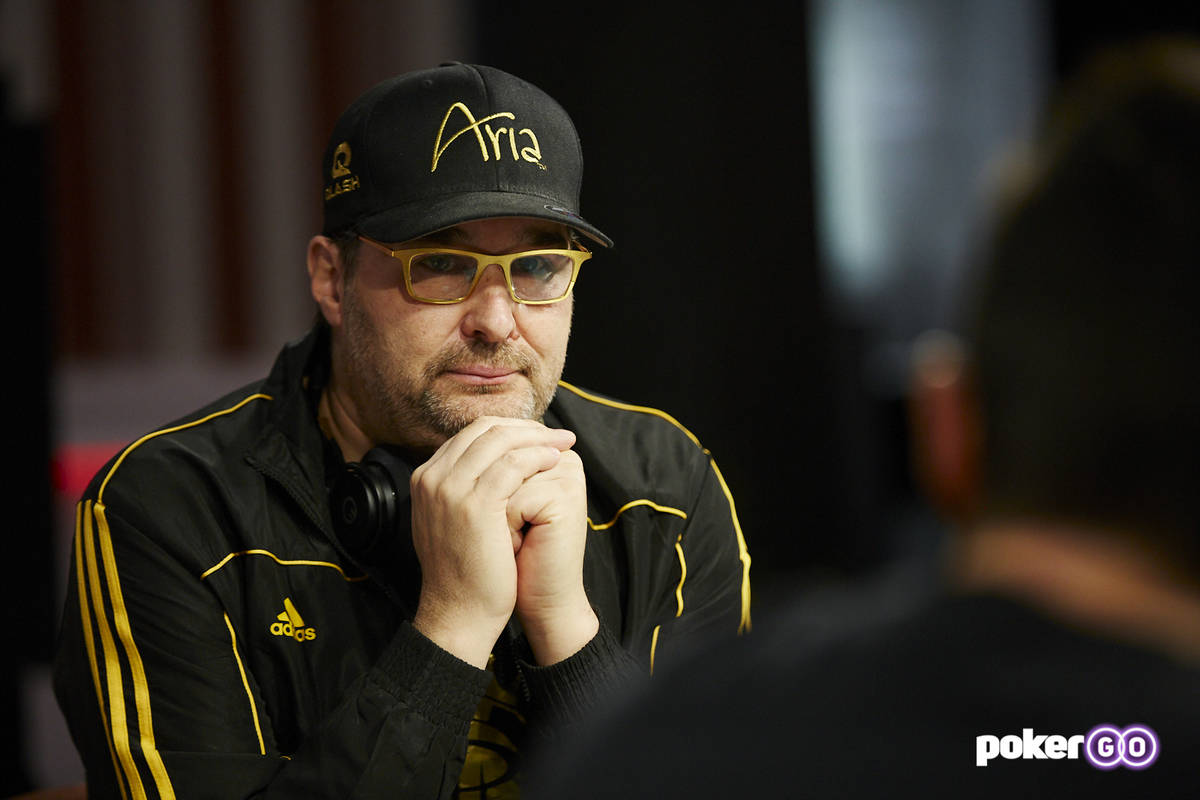 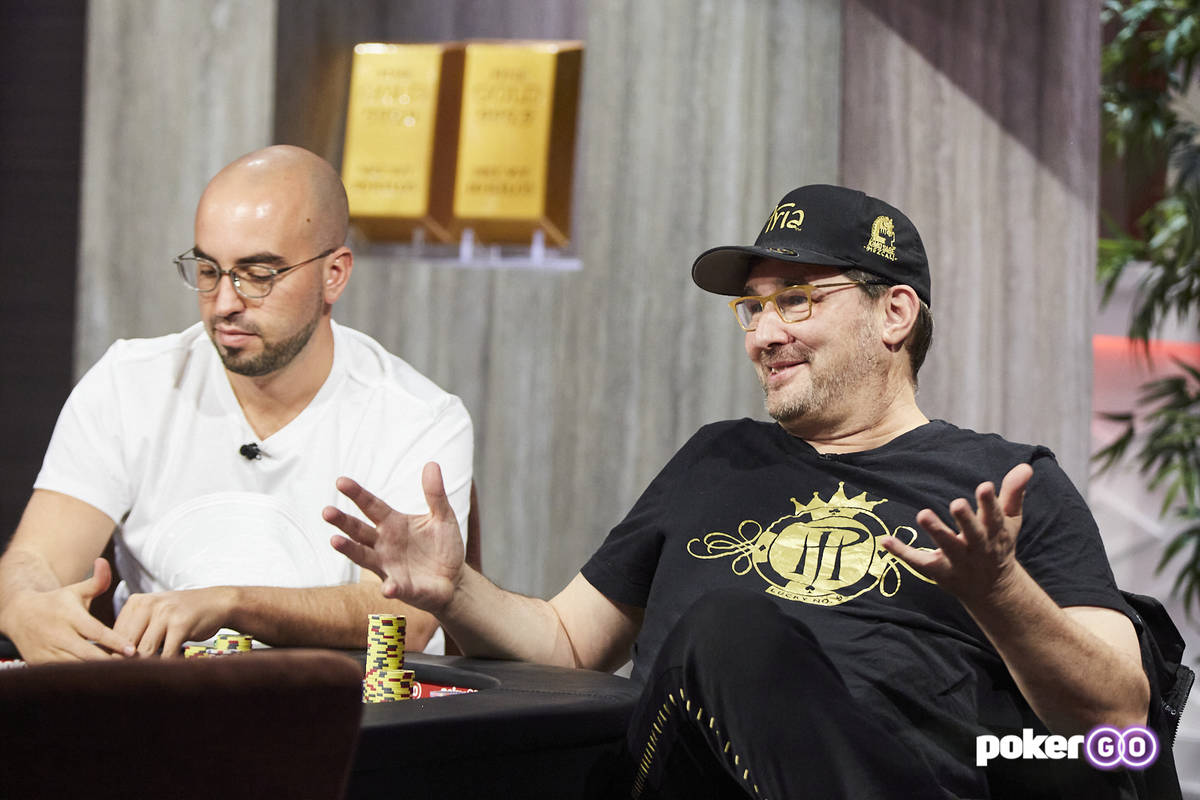 Phil Hellmuth, right, playing poker alongside Bryn Kenney in the PokerGO studio by the Aria. (PokerGO) 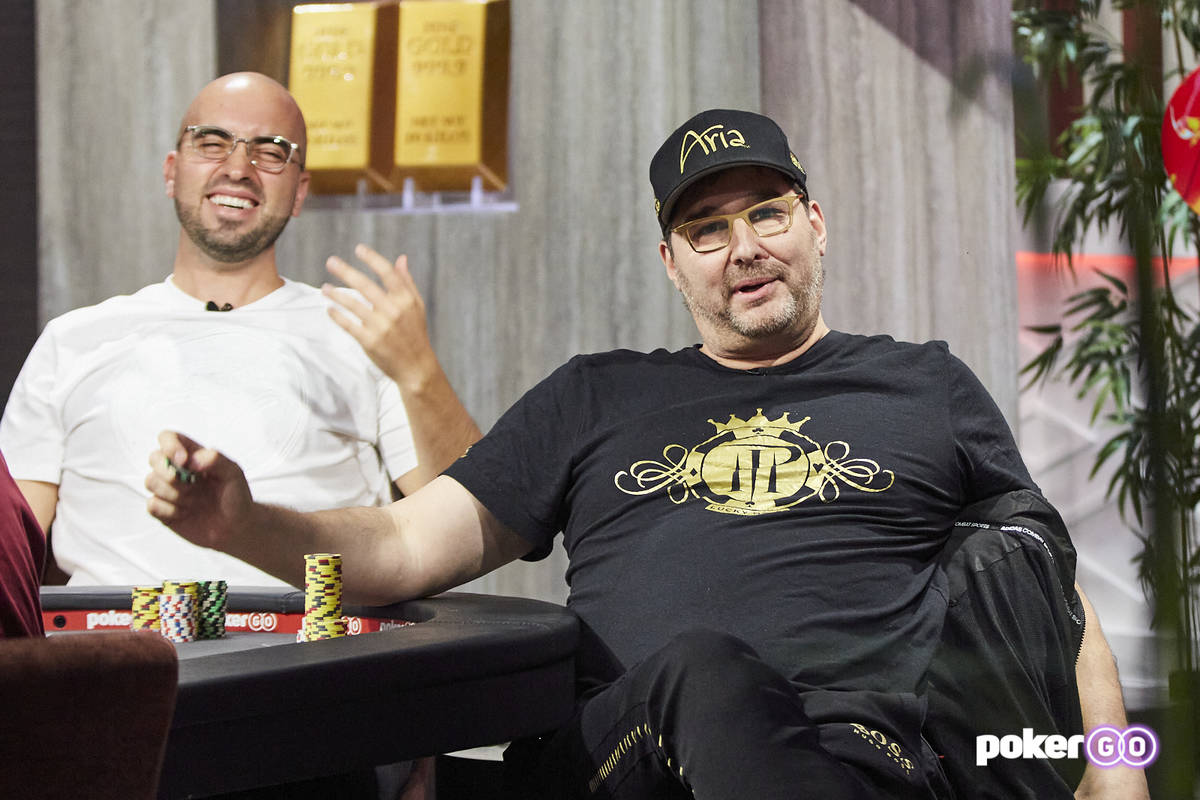 Phil Hellmuth, right, playing poker alongside Bryn Kenney in the PokerGO studio by the Aria. (PokerGO)

Phil Hellmuth thought his place in poker history was secure.

He is the all-time leader with 15 World Series of Poker bracelets, five more than anyone else. To the public, he’s poker’s version of Tom Brady or Michael Jordan, with the hardware to back it up.

Now, much to his surprise, he has spent the past month facing questions about his place in the poker hierarchy. Do WSOP bracelets really tell you who’s a great poker player? Is Hellmuth still a top player — is he even close?

Was he ever the best?

A lot of those questions have been fueled by fellow poker star Daniel Negreanu, who takes on Hellmuth in “High Stakes Duel” on Wednesday on the subscription video service PokerGO. Each player is putting up $50,000 for the heads-up No-limit Hold’em match, and the loser has the right to a rematch at double the stakes.

Hellmuth, 56, who lives in Palo Alto, California, said he has been taken aback by the criticism from Negreanu and others. He said he’s, at a minimum, the greatest of all time in tournaments, is probably the greatest player ever overall and might still be currently.

“I feel like I’ve worked really hard to put myself in the position that I’m in,” he said, “and then to have Daniel try to take it all away, it’s frustrating.”

Negreanu said Hellmuth is a good friend — “he’s been at both of my weddings,” he jokes — but he is selling an image that the rest of the poker world knows is a mirage.

“The mainstream audience doesn’t know this,” Negreanu said. “They just think, ‘Whoa, Phil Hellmuth. He’s the best because he has 15 World Series bracelets,’ and they have it akin to Tiger Woods or Tom Brady in terms of wins.

“But poker’s more complex than that, and there’s a lot of players that are much, much better than both him and I who don’t really even bother with bracelets because they don’t really care.”

And that gets to the heart of the matter. How do you determine who is the best poker player of all time, or even the best right now? Tournaments or cash games? Just No-limit Hold’em or all the poker variants? Heads-up or against a full table?

Hellmuth’s tournament record is impeccable. The 15 WSOP bracelets include the Main Event in 1989 and the WSOP Europe Main Event title in 2012, and he also has 11 second-place finishes in WSOP events. Overall, Hellmuth has more than $24 million in career tournament earnings, according to the Hendon Mob Poker Database.

Hellmuth also said he has won at least $10 million in cash games, though those results are impossible to verify, and it’s impossible to know how that stacks up against his peers.

Negreanu, 46, of Las Vegas, is a six-time WSOP bracelet winner with $42 million in tournament earnings. He said Hellmuth has excelled in WSOP events that often have many amateur players in the field, but he falters against top competition.

Negreanu was galled after Hellmuth criticized the way Negreanu played while losing $1.2 million to Doug Polk in a recent heads-up No-limit Hold’em match. (Hellmuth said he lost $15,000 betting on Negreanu against Polk.)

Negreanu, a live tournament regular like Hellmuth, studied for weeks to take on Polk, who made his reputation by beating the best players in the world heads-up online. Negreanu lost, but he said he gained a greater understanding of current poker theory by taking on one of its proponents in Polk.

Meanwhile, Hellmuth doesn’t even acknowledge that younger players have developed better strategies than those Hellmuth developed in the 1980s and ’90s, Negreanu said.

In an interview after beating Negreanu, Polk said of Hellmuth: “I know in Phil’s heart he believes he’s currently the best player in the world even though he’s probably No. 1,000 or 500 or whatever it is.”

“I’m not trying to take away from Phil’s success in his career,” Polk added. “Certainly a lot of it is earned, and I’m not trying to say that he isn’t a talented player. But the reality is that if you want to be a top player in today’s game, you’re going to have to study and you’re going to have to learn what the new styles are and what the correct style is to play at that top level.”

Hellmuth said he respects today’s top younger players, but he is not going to abandon strategies that have proved effective for 30 years. He said he’s not saying he’s better than them, but he’s not conceding that they’re better than him.

“I’ve seen the flock follow stuff that’s 100 percent wrong,” Hellmuth said. “… This is not a new story to me. I’ve listened to the same story since 2002 when this young group came along and said, ‘We’re better than Phil.’ Those guys are all broke.”

As for the debate about Hellmuth and poker greatness, each described the other as “delusional.”