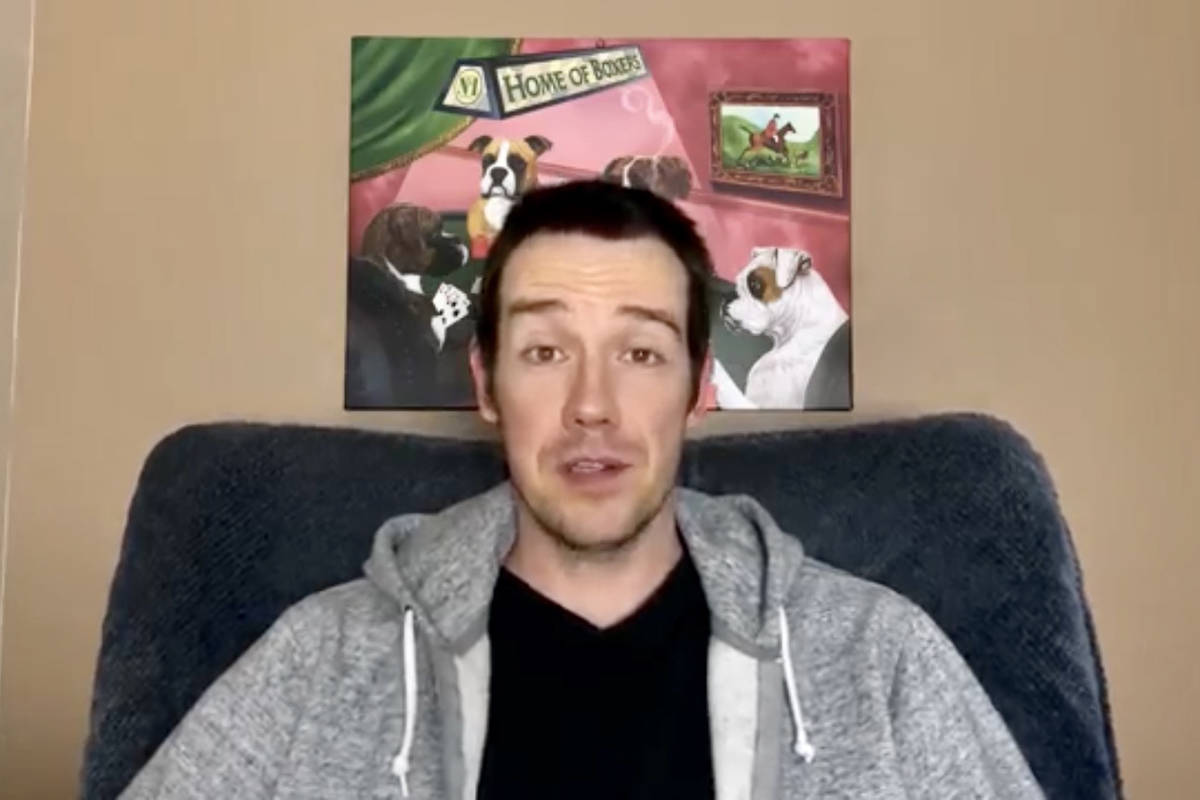 Poker "vlogger" Jeff Sluzinski, aka Jeff Boski, talks about the possibility of a ban from YouTube in his last video before being temporarily banned. (YouTube)

Poker "vlogger" Jeff Sluzinski, aka Jeff Boski, discussed the possibility of a ban from YouTube in his last video before being temporarily banned. (YouTube)

Poker "vlogger" Jeff Sluzinski, aka Jeff Boski, discusses a poker hand in one of his YouTube videos. (YouTube)

Footage from a poker tournament at Wynn Las Vegas is included in a YouTube video posted by "vlogger" Jeff Sluzinski, aka Jeff Boski. (YouTube)

YouTube has helped create a new kind of poker celebrity in recent years, but some of the most popular “vloggers” are growing increasingly frustrated with the service.

The vlogs (video blogs) are being taken down for vague reasons, flagged by artificial intelligence “bots” as being against YouTube’s terms of service, the creators said. Eventually, the vloggers almost always win their appeals and have their videos restored, but YouTube doesn’t tell them what specifically triggered the infractions, they said.

The lack of transparency has become especially maddening as some vloggers have built lucrative revenue streams by attracting large audiences that follow their poker exploits through the videos, they said.

Jeff Sluzinski, a professional poker player from Henderson who posts under the name Jeff Boski, recently had his entire channel — more than 400 videos over 3½ years, with more than 38,000 subscribers, worth tens of thousands in ad revenue and ancillary income — pulled from YouTube before he won an appeal.

He said he still has not been given a clear reason why his videos were flagged.

“I find it to be the equivalent of this,” Sluzinski said. “Your girlfriend says, ‘If you do that again, I’m breaking up with you.’ You say, ‘What did I do?’ She says, ‘You know what you did.’

Sluzinski shared correspondence that showed YouTube flagged certain videos for “harmful or dangerous content.” Online casinos are one of the items listed as prohibited under the provisions governing the “sale of illegal or regulated goods.”

Sluzinski and the other vloggers surmise that perhaps some videos were flagged because the “AI bots” found links that they interpreted as offshore gambling sites that are illegal in the U.S.

“There are a lot of theories,” Sluzinski said.

A few videos, especially among their early submissions, might have had illegal links, but those are only a fraction of the flagged content, the vloggers said. The rest remain a mystery.

Andrew Neeme and Brad Owen are the poster boys for the rise of the vloggers. They went from anonymous midstakes professional grinders to poker celebrities who can attract appearance fees from casinos to host “meetup games” with their YouTube followers.

Their channels started out by documenting the good, the bad and the ugly of their cash game sessions, mostly around Las Vegas. Now Owen has 218,000 subscribers and Neeme has 142,000, and they often travel together for appearances at card rooms around the U.S.

Those appearances, combined with ad revenue and links to products (not gambling sites) from their videos, make for a sizable income, they said.

They have never faced having their entire channel wiped out, as Sluzinski did, but they said they have each received strikes under YouTube’s “three strikes and you’re out” system.

“It’s a moving target,” Owen said. “We don’t know why. … Many of the videos I’ve had flagged have been up for years. All of this has been very bizarre.”

Neeme said there were only so many precautions vloggers could take when they’re not even certain what will be flagged.

“You’re not going to stop putting in links to various things. That’s just not going to work,” he said. “Everything seems to get worked out eventually, but it’s definitely a little bit scary to see major hubs of income threatened.”

Despite their frustrations, the vloggers said they will stick with YouTube because no other platform provides the same reach and ability to grow their audience.

And other platforms have their own problems as well.

Sluzinski also streams online poker sessions on Twitch. Recently, he received a warning from the site for having nudity on his channel, and he said he realized Twitch was referring to one of his YouTube videos that was playing in the background while he streamed.

Sluzinski said there was no nudity in the video. And it had never been flagged in any way by YouTube.

“The universe is just toying with me,” he said.