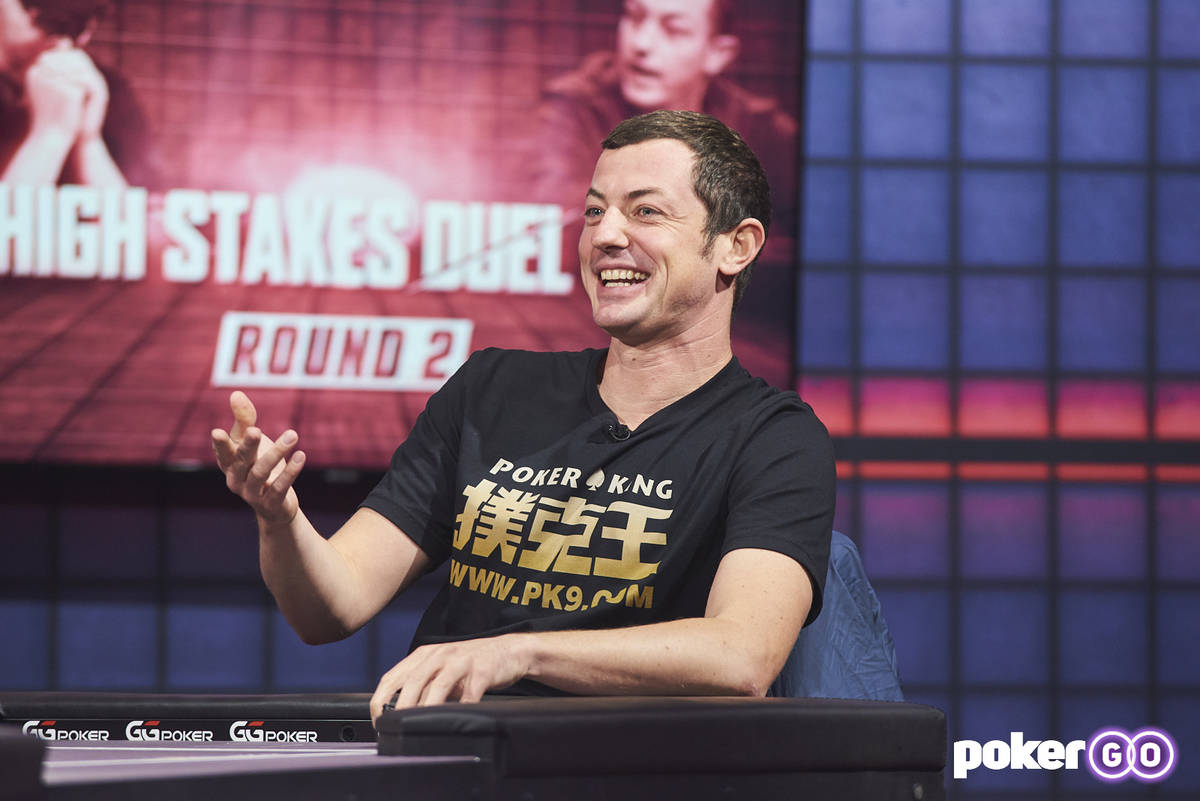 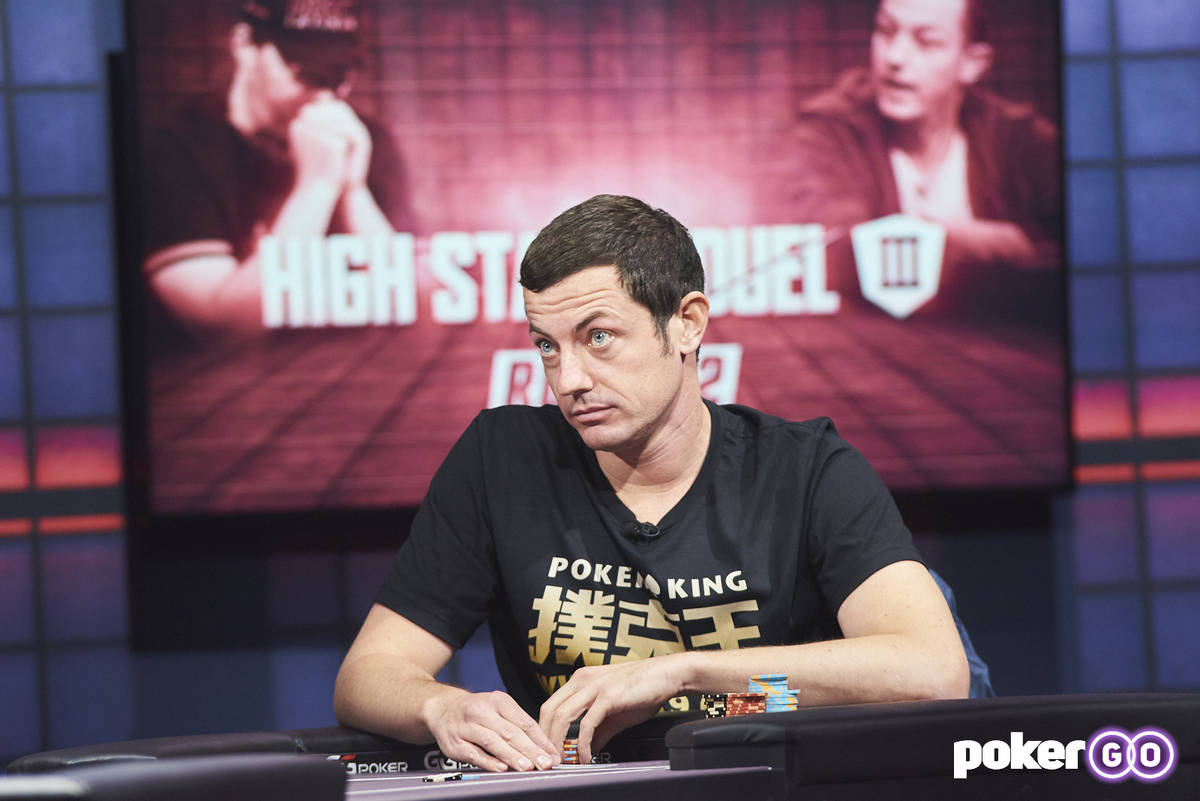 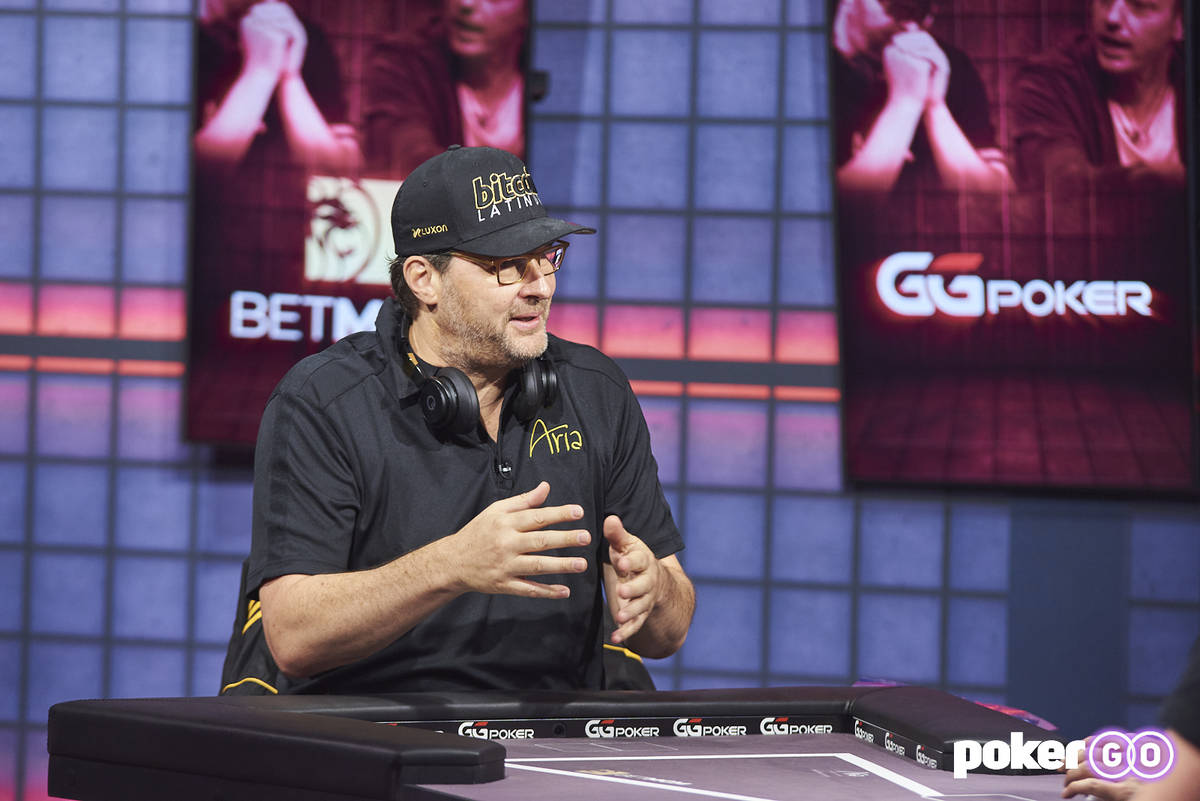 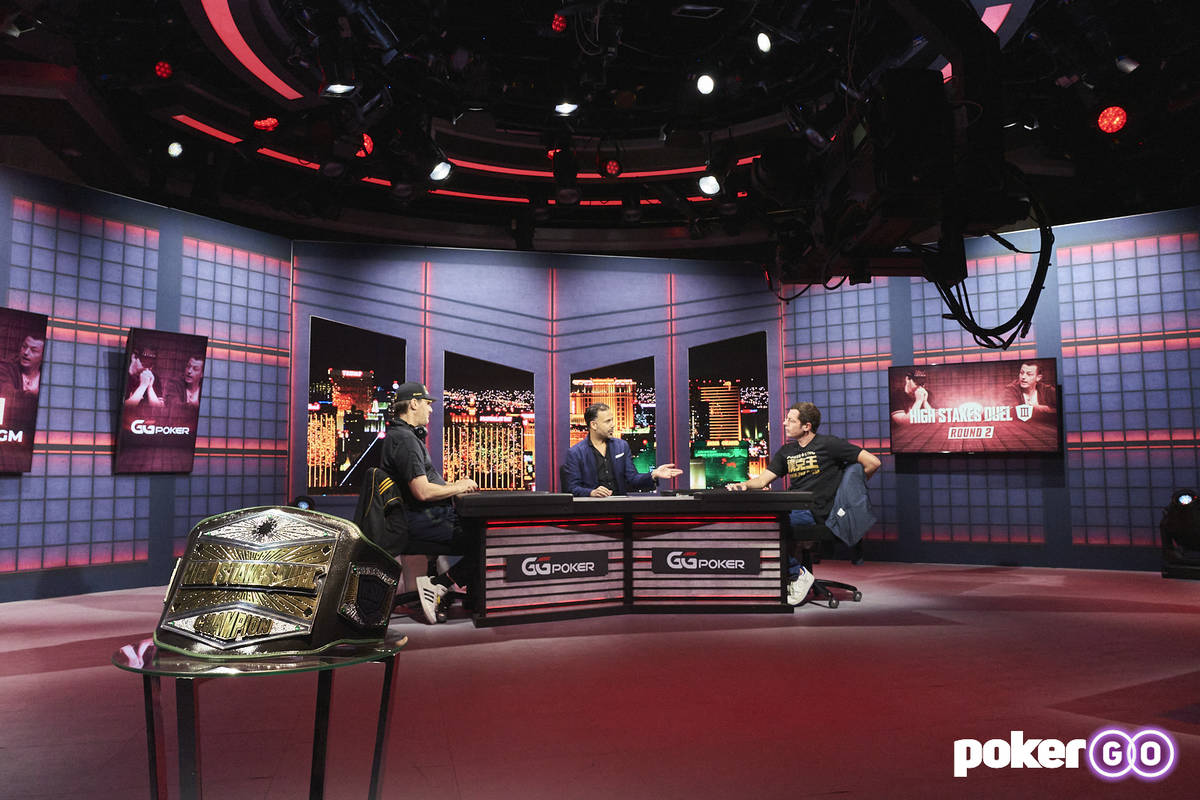 Phil Hellmuth’s unbeaten streak on “High Stakes Duel” is over.

Hellmuth had been 7-0 in PokerGO’s made-for-TV format, sweeping three matches each from Antonio Esfandiari and Daniel Negreanu before beating FS1 host Nick Wright.

Dwan (a -128 favorite on Pokershares.com) held the lead for most of the 5½-hour match, then took over completely when he called with bottom pair to snap off Hellmuth’s bluff with ten-high. That left Dwan with a 7-1 chip lead (175,000 to 25,000), and he finished off the win shortly thereafter.

“I think I’d like to play you heads-up forever,” Hellmuth told Dwan after the failed bluff.

The final hand recalled a famous hand from 2008 when Dwan cracked Hellmuth’s pocket aces to advance in the NBC National Heads-Up Poker Championship.

In Wednesday’s finale, Hellmuth called with pocket aces, and Dwan checked with nine-three in the big blind. On a flop of five-three-deuce, Dwan bet 5,000, Hellmuth went all-in for 18,000, and Dwan called.

A nine fell on the turn to put Dwan in the lead with two pair, and a six on the river sealed the victory.

“I just knew I was going to get needled if I lost, so I was trying to avoid the needle,” Dwan told PokerGO.

“I think I adjust how I play more than most people do depending on what other people are doing in the game,” he added. “So I definitely made some unconventional plays there. Some I think were good; some I think were bad.”

Hellmuth has a right to a rematch at double the stakes, but he has not made a decision on whether to exercise the option, PokerGO said. If he declines, a new player will face Dwan in a $200,000 buy-in match.

Hellmuth, 57, is the all-time leader with 15 World Series of Poker tournament victories, and he has almost $25 million in career tournament earnings, according to the Hendon Mob Poker Database.

Dwan, 35, has nearly $5 million in career tournament earnings, but he is known more for his appearances on “High Stakes Poker,” in which he played several pots approaching $1 million. In recent years, he has been a fixture in high-stakes games in Macao.