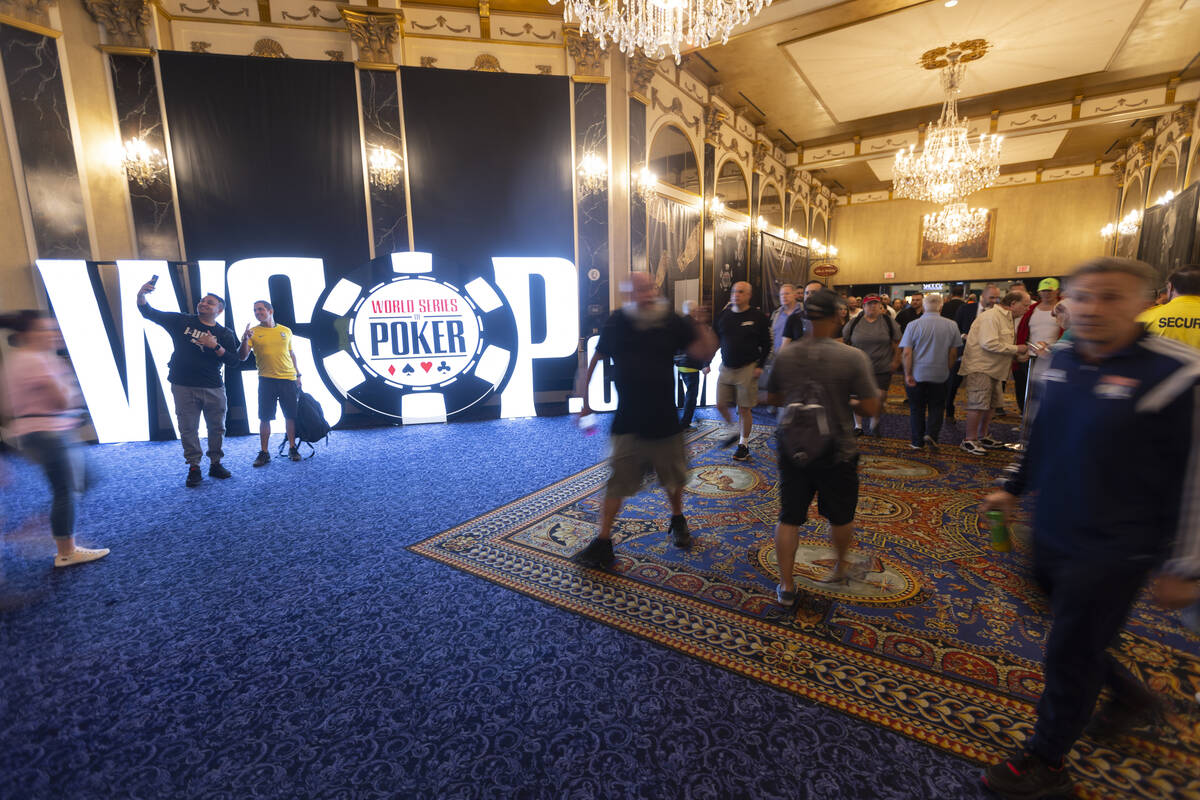 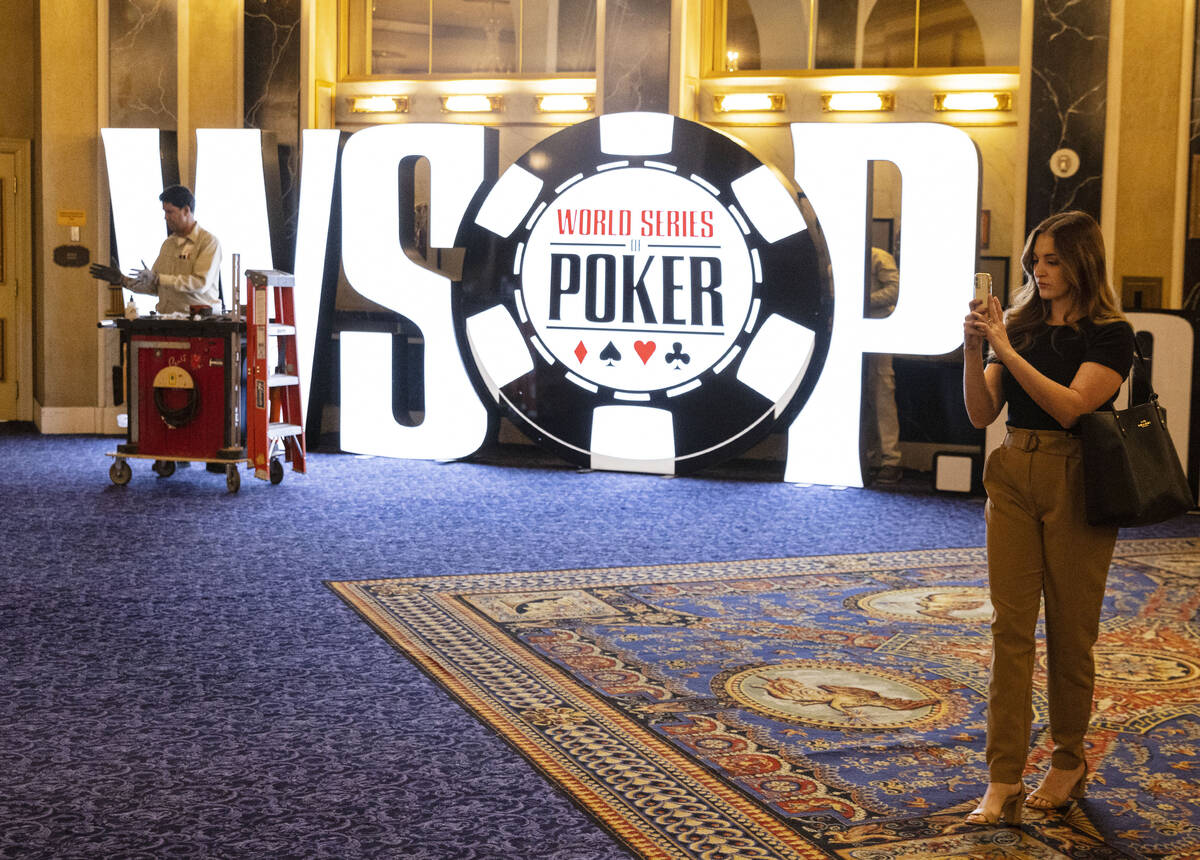 David Hemby, a carpenter, installs the WSOP sign at Paris Las Vegas hotel-casino on Thursday May 26, 2022, in Las Vegas. The World Series of Poker (WSOP) will move from the Rio All-Suites hotel and casino to Bally's and Paris Las Vegas. (Bizuayehu Tesfaye/Las Vegas Review-Journal) @btesfaye 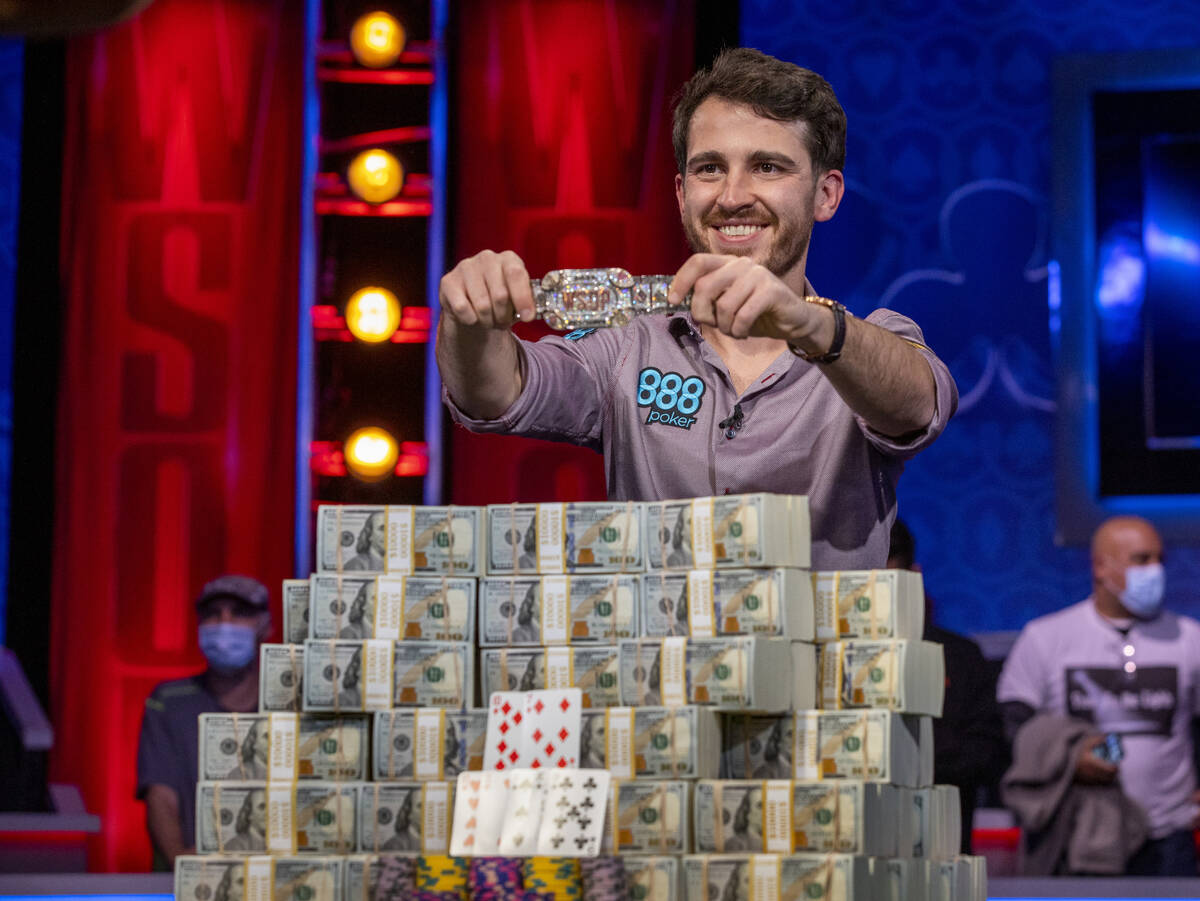 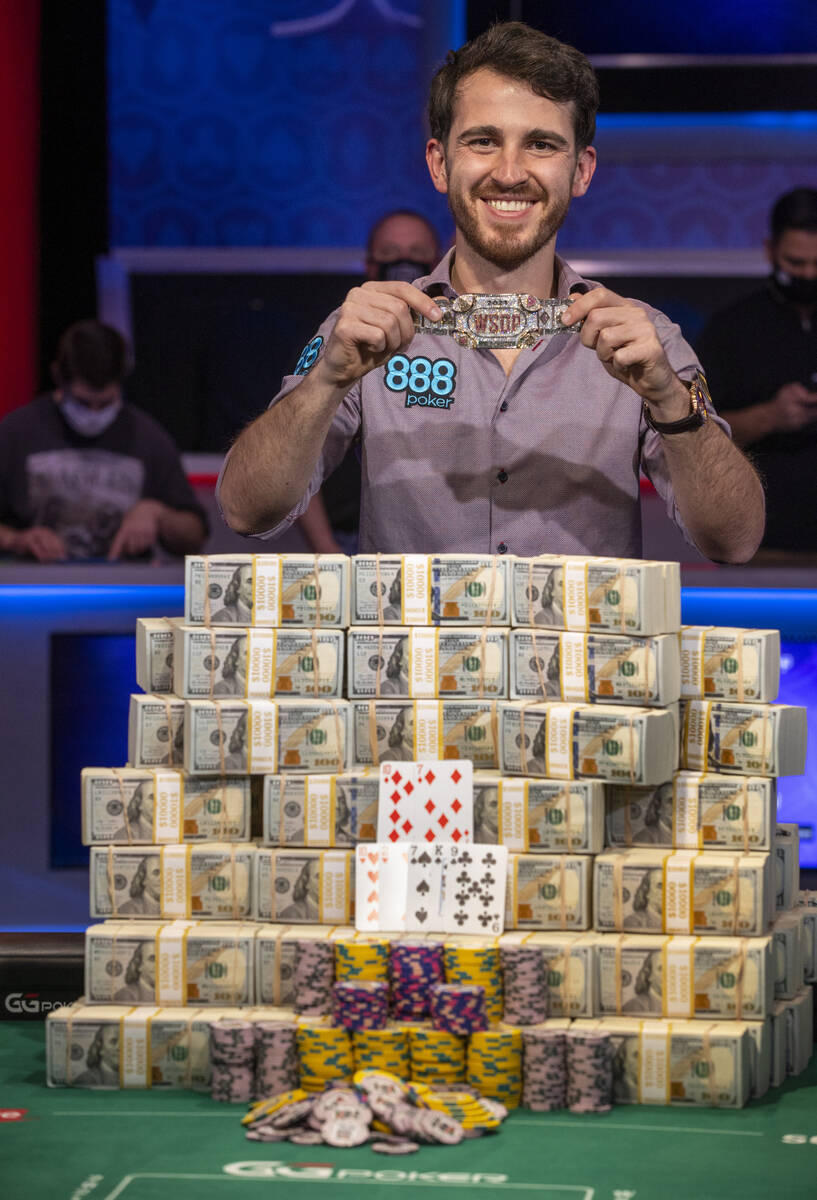 Before anyone set foot inside the World Series of Poker’s new homes on the Strip this summer, officials predicted attendance records could fall.

A month later, they are doubling down on that forecast.

The WSOP’s $10,000 buy-in No-limit Hold’em World Championship, better known as the Main Event, kicks off Sunday at Bally’s. Based on several key indicators, namely the record fields for other events, WSOP vice president Jack Effel believes this year’s tournament field will top its previous high of 8,773 set in 2006.

“It’s been an extremely busy summer. If that’s any indication of what we can expect for this year’s Main Event, I think it’s going to be the biggest that we’ve ever seen,” Effel said. “It’s just a perfect storm to continue to see records broken.”

The WSOP’s move from the Rio Convention Center to Bally’s and Paris Las Vegas on the Strip has been a success by most accounts.

According to Effel, there have been more than 100,000 total entrants for the bracelet events with over $150 million in prize money awarded.

The $500 buy-in “Housewarming” No-limit Hold’em event held the first weekend drew more than 20,000 entrants and was the fourth-largest live event in history.

Several other staple tournaments smashed their previous best turnouts, including the Seniors No-limit Hold’em event that drew more than 7,000 entrants.

The $1,000 buy-in Ladies No-limit Hold’em Championship topped 1,000 entrants for the first time and blew away last year’s field of 644.

All of which leads to Effel’s optimism about the field for the Main Event.

“This is the year that everyone is basically returning to the World Series of Poker after not having the opportunity to do so for whatever reason,” Effel said. “We saw obviously a big increase in online activity during the pandemic, and we’ve seen more people getting into poker. We’re seeing a lot of those people coming to the World Series of Poker for the first time.

“There’s definitely new players that are being made organically throughout the system. I think a lot of the people we’re seeing this year are new.”

The WSOP Main Event was held in a hybrid online/live format in 2020 because of the coronavirus pandemic, and last year’s series ran from Sept. 30 to Nov. 23 with all players required to be vaccinated against COVID-19.

The return to the summer schedule, along with the removal of the vaccine requirement and looser international travel restrictions, also have helped attendance.

Flight A of the Main Event will start at Bally’s, with the feature tables in the Event Center and more than 180 tables located in the Grand Ballroom. Should more tables be required, the overflow will be located in the Paris Ballroom.

The final table is set for July 15 and 16 at Bally’s Event Center. Koray Aldemir of Germany is the defending Main Event champion.

One concern with so many players packed in is an outbreak of COVID-19. Multiple players this summer have revealed they contracted the virus during play, and the worst-case scenario is a player running deep in the Main Event and then testing positive.

Effel said should that occur, the WSOP staff has plans in place.

“We continue to follow all of our health and safety protocols that are put in place,” he said. “In terms of whether or not they have chips in play, we do have a health rule. If you cannot continue, you can go and seek medical attention and your chips will continue to blind and you’ve finish in whichever place that you would naturally finish.”